Home » Travel » Tipping in Croatia – What to do? 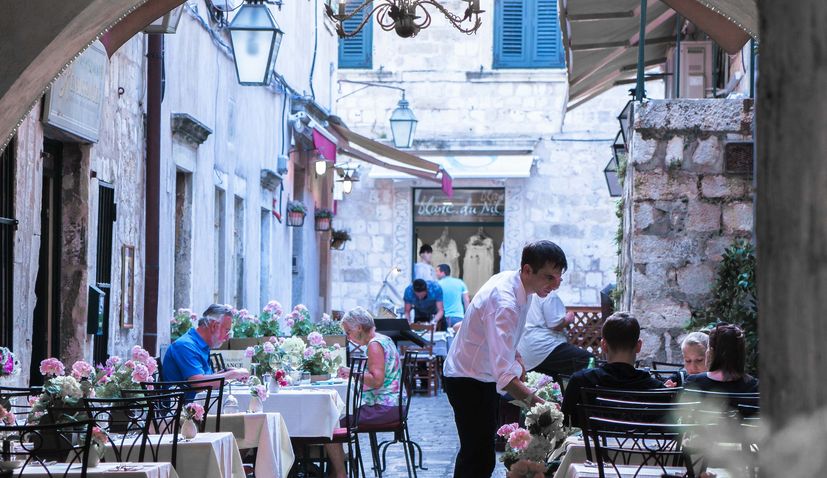 Do you need to tip in Croatia?

The etiquette of tipping varies from country to country. If you are visiting Croatia, then the first thing to know is that tipping is voluntary but it can be a delicate subject to discuss, because no one really knows how much you should leave. Everyone hopes for the best, but then again, no one expects anything.

As a standard, I would say that if you were impressed with the service you experienced and wanted to leave a tip in Croatia then around 10% of the total price, in most cases, would be considered ‘generous’, but, again, this isn’t really expected.

Still, when tips are received, they are appreciated, especially as wages for many service workers in Croatia are relatively low.

Tips are mostly given when the waiter/tress, hotel staff or tour guides deliver great service. Still, you don’t have to think about how much you should leave, just go along with your feeling. The amount of the expected tip is probably less than in other western countries.

This lack of expectation, we could joke, maybe has something to do with the fact that a typical Croat spends a fairly nice amount of time during his lifetime in cafes. Or maybe because wages here aren’t as big as one would hope. Or it is just the way we are used to.

So, not leaving a tip means no one will think you’re extremely rude. Still, since the western way of life impacts Croatia more and more, it is now more common to leave a tip. Don’t worry about an appropriate amount and when in doubt, just round the bill up to an even number, add a little bit more and you will be fine.

But, to be precise, you can round up a sum you have to pay. For example, if your bill is 17 kuna then leaving 20 kuna would suffice. Also, regular guests usually tip every now and then, simply because everyone wants to be served with a smile the next time as well.

When in bars, during the night, things change. The more drunk you are, the more it is likely you will give a (bigger) tip! Just joking, but it is always nice to tip when you see someone is being nice even though there’s a big crowd of mostly drunk people to be served. Also, the longer you stay and the bigger the group you’re in, round the bill or give 10%, depending, again, on your feeling.

Not giving or receiving a tip is what Croatians are, unfortunately, used to, but still, it is always nice to give it and to receive it, no matter how big or small it is.

In restaurants, on the other hand, tipping is more or less standard. Sometimes, even though rarely, the tip is already included, but if not, it is usually expected that you leave 10% of the bill. You can round up a sum while paying or leave the tip in a receipt-wallet after you’ve payed.

TIPPING AT HAIRDRESSERS AND HOTELS

The same goes if you go and see a hairdresser while here. It doesn’t have to be a big tip, but again, 10% sounds fair. When in a hotel, receptionists don’t usually expect it, but do trust me, it is alway nice to tip them as well. Don’t worry, the service won’t be lesser if you don’t, but any amount you find fair will do. You can tip them upon your arrival or after your stay.

Taxis in Croatia run on a meter, but you can of course round the amount and leave a few kuna or more, if you are really satisfied with a driver and the atmosphere. And anywhere you leave a bigger amount of a tip than it is “expected” or “hoped for” – no one will think you did a bad thing.

Remember, nothing is really expected, but it is always nice to tip. Know it will be appreciated and it will simply mean that you don’t underestimate others. It’s refreshing knowing someone values all the hard work others do with a smile.