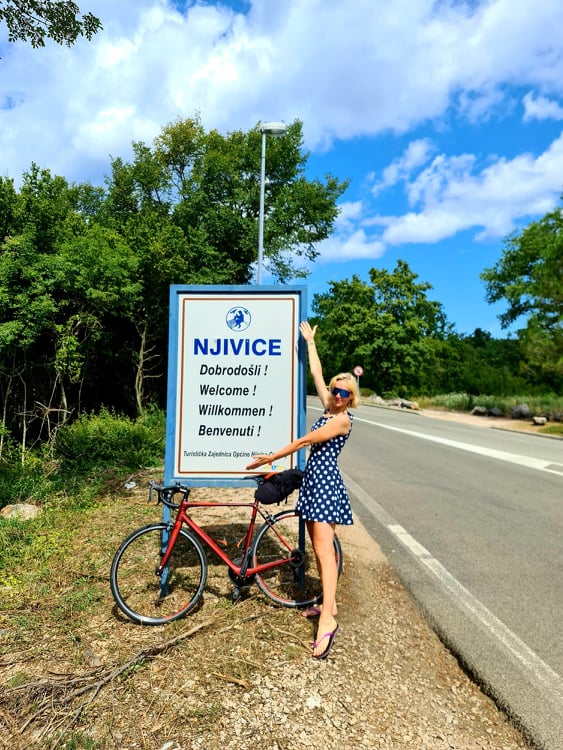 “The birth started two weeks before the due date and I was born in a hotel room with a sea view,” recounts 40-year-old Theresa, who has been enjoying the town of her birth for the last few days.

Life sometimes writes unusual stories, and this is one, via Bodulije.net, is one with a happy ending. But let’s go back four decades to the start.

Forty years ago, a young woman was only a few weeks away from giving birth. Her husband, a truck driver, was about to set out on a journey, and despite being late in her pregnancy, she decided to join him.

Their destination was the Croatian island of Krk. Two weeks before the due date, the young Austrian woman went into labour in a hotel in Njivice on the island.

There wasn’t enough time to drive to the hospital and little Theresa Geier was born in a hotel room. 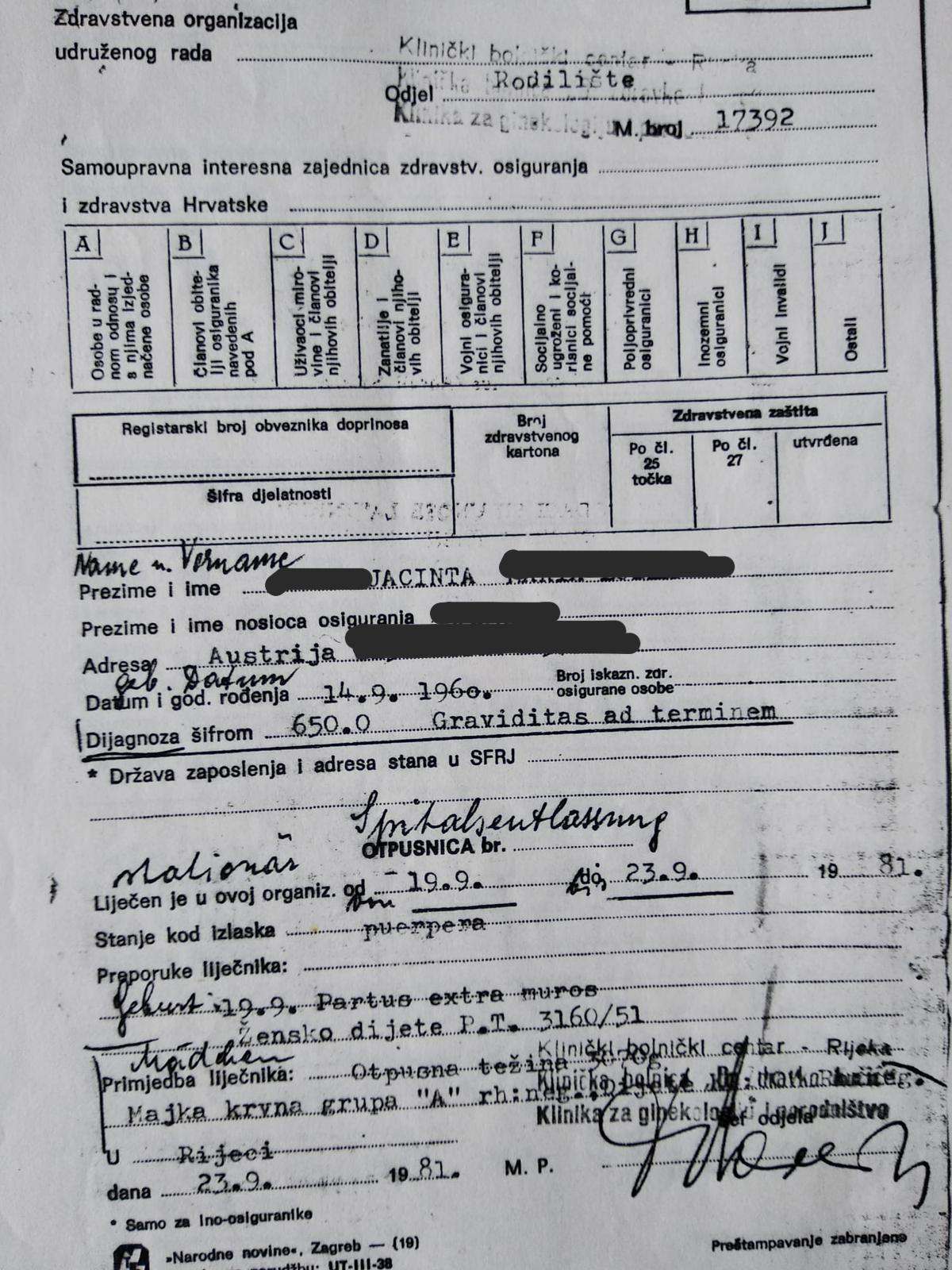 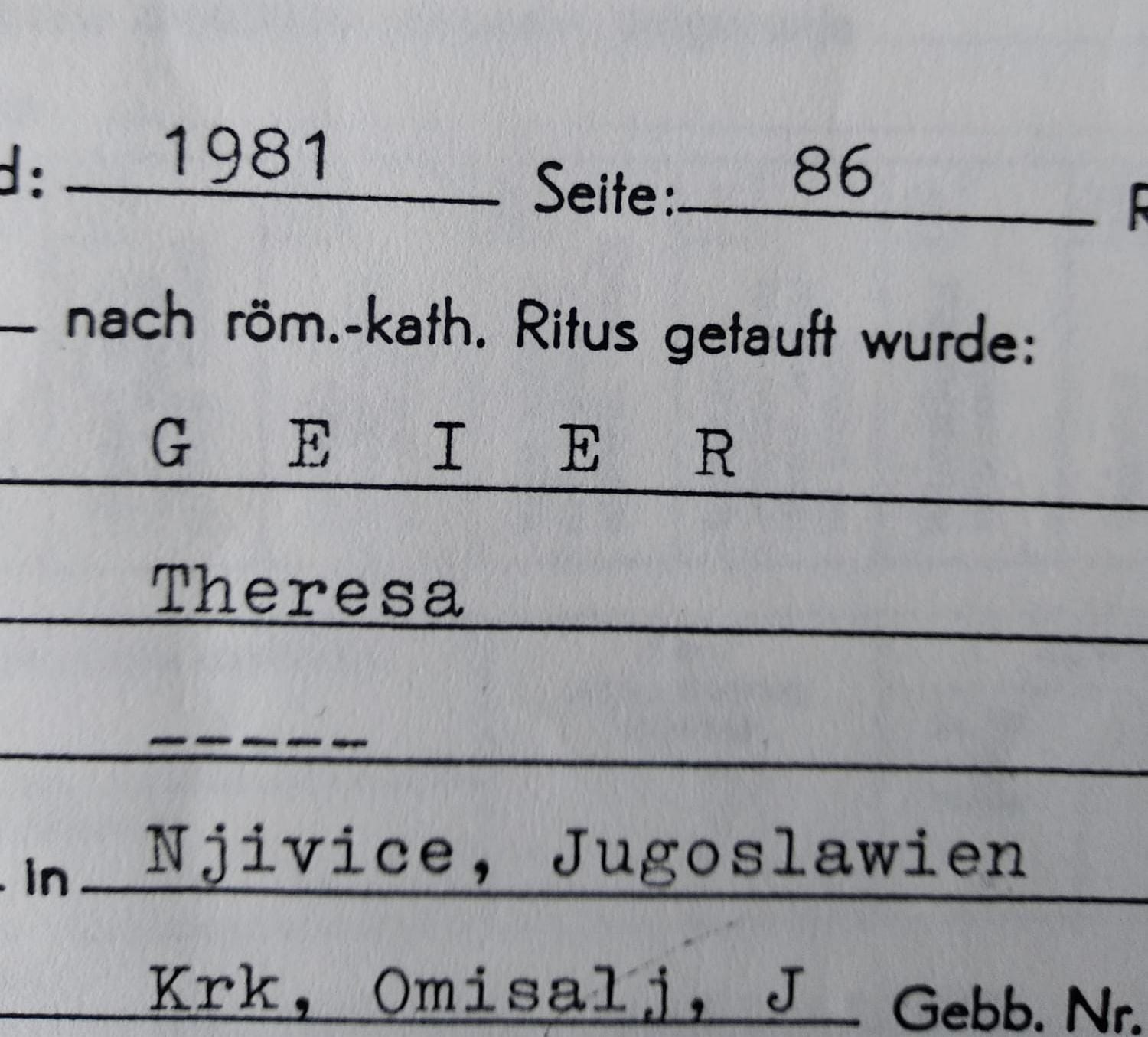 Four decades later, Theresa arrived in Njivice again and discovered all the beauties of her the town where she was born. And it was not an ordinarily arrival.

Theresa cycled 600 kilometres over four days from Innsbruck in Austria to the island of Krk.

“According to the information given to me by my parents, I was born in the Hotel Jadran in Njivice, where my parents were on vacation at the time. My mother was very young, I was her first child, and so she went on a trip even though she was late in her pregnancy. The birth started two weeks before the due date and I arrived in the world in a hotel room with sea view,” Theresa recounted, before adding.

“Then they took us to the maternity hospital in Rijeka and we stayed there until September 23.” 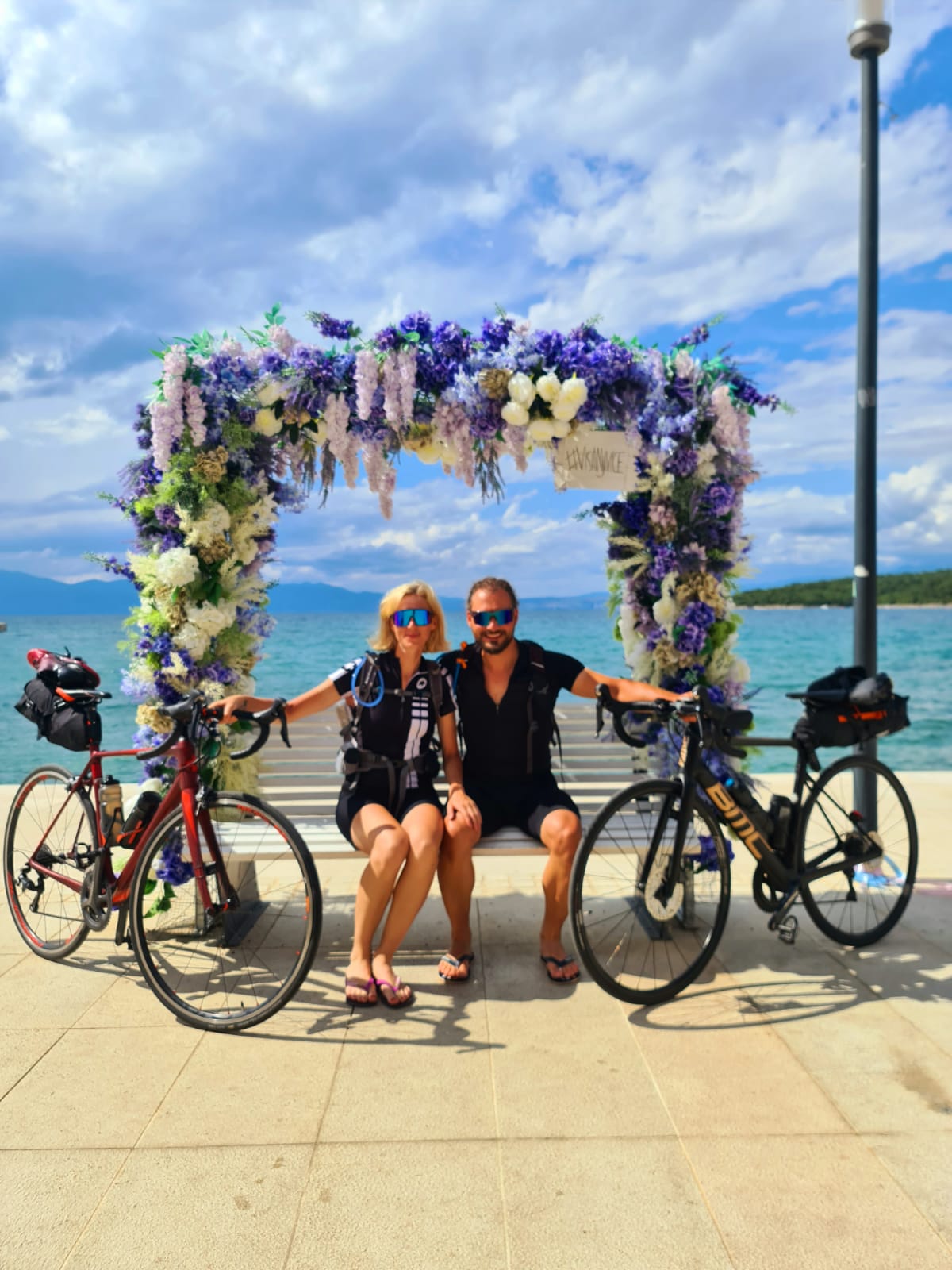 Her father, she says, tried to obtain Croatian citizenship for her, but as he and his wife are Austrians, he still did not succeed.

On her first return to the island of Krk, Theresa tried to find out in which hotel she was born and learned that the former Hotel Jadran is now called Hotel Veya, and on this occasion she was warmly welcomed by the hotel director Evica Budimirović and the director of the Omišalj and Njivice Tourist Board Andrea Orlić. 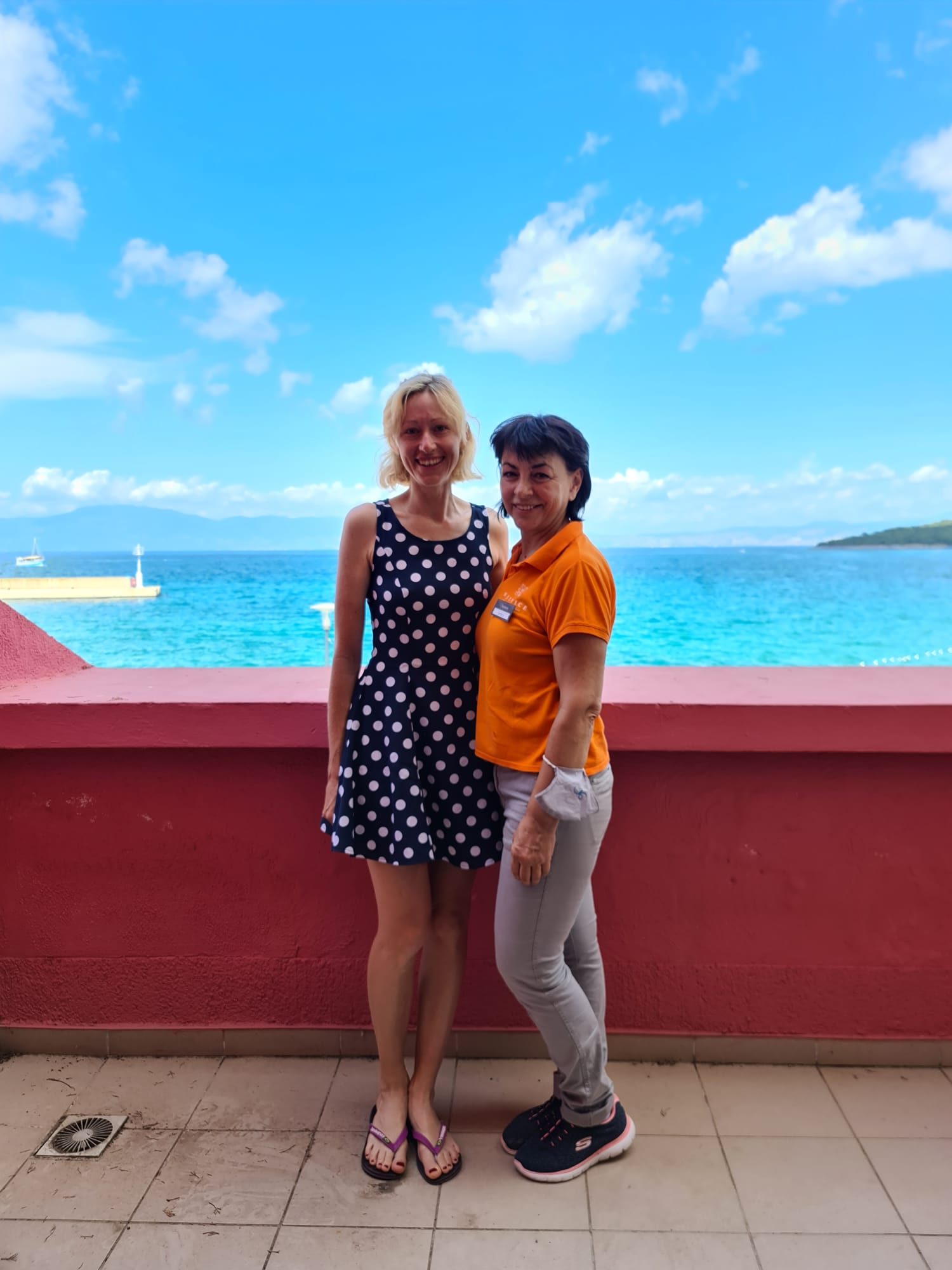 Judging by her first impressions, we have no doubt that this will not be Theresa’s last visit to her native Njivice, from which she will return this time with many memories and another story to retell. 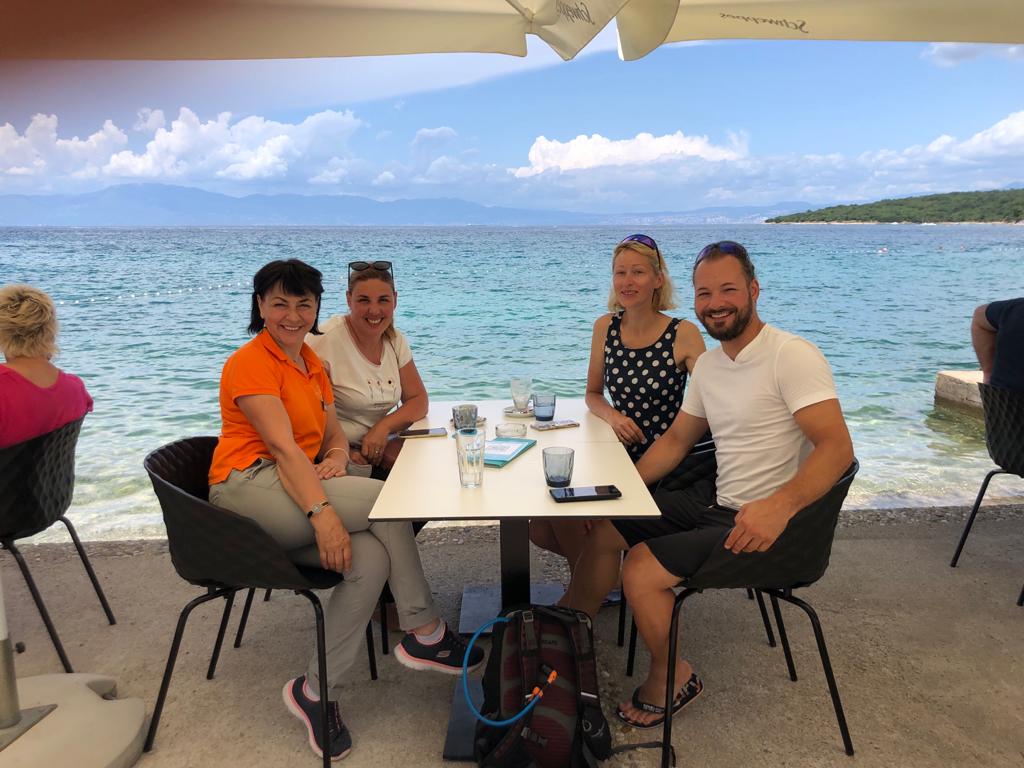