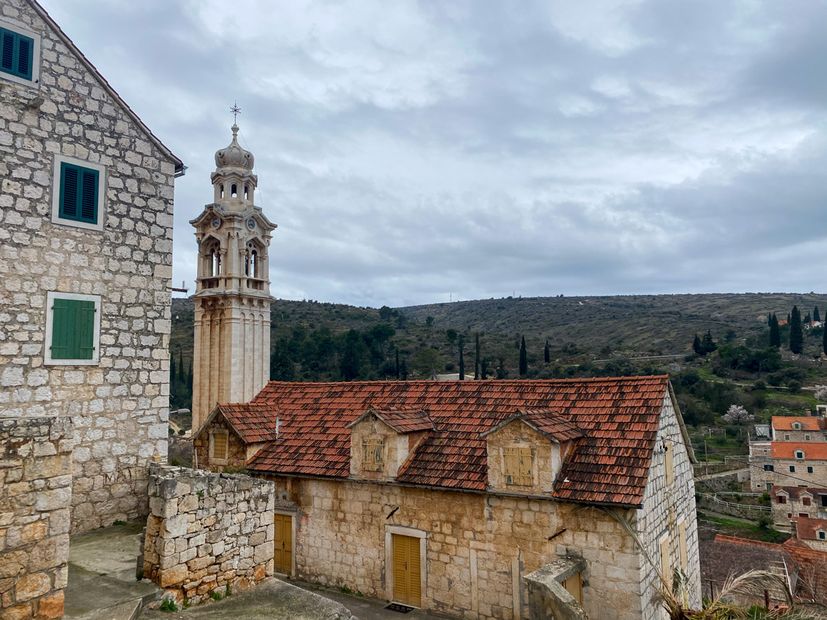 The bell tower of the Church of St. John and Paul in Ložišća on the island of Brač is one of the most beautiful in Dalmatia, and older generations remember it for showing up in the opening credits of a cult Dalmatian serial Malo Misto (meaning: small town).

There are two reasons for this: its beauty, but also a sign of appreciation of the Malo Misto screenwriter Miljenko Smoje to the Ložišća mailman Frane Pavlov, for his chronics of this small town, in which he noted everything that was going on here for decades.

Smoje himself must have found some inspiration for his texts in these chronics, just like in the beauty of this town itself. And why wouldn’t he? Have you had the opportunity to visit Brač and see Ložišća? Some kind of Dalmatia it is! It is untouched and authentic, like the one from the end of the 19th century.

While passing through Ložišća one simply must stop and take in some of this clearest beauty and enjoy the view of the bell tower itself. 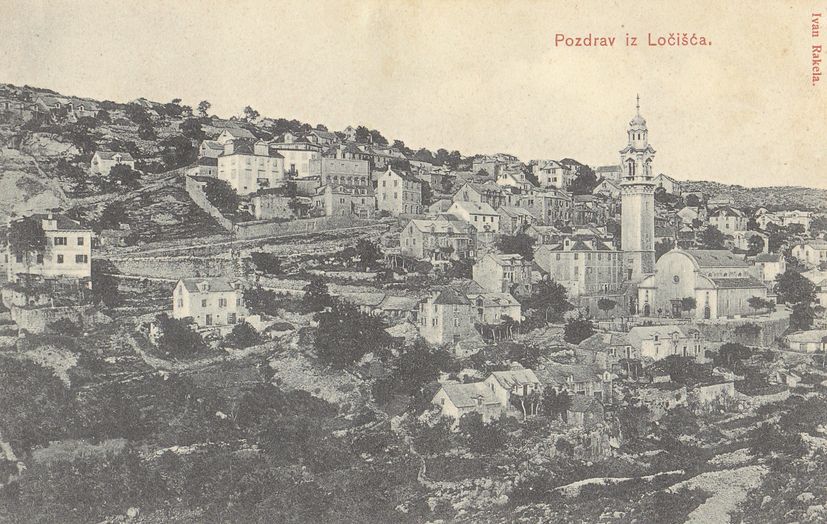 There is an interesting story on how such a small village got such an impressive bell tower, built by drawings of Ivan Rendić, a famous sculptor.

Frane Pavlov , chronicler of Ložišća wrote in his memoirs about this event. The villagers contacted at that time a great sculptor Ivan Rendić and asked him to make them offer for a bell tower. Rendić sent them two drawings of common village bell towers, but also a more luxurious one, wanting to make fun of them, knowing that they could not afford such a bell tower.

The pastor hung all of the three drafts on the church door so that the decision would be on the people. And the people unanimously chose the third one – the prettiest and the most expensive one. There was no money for that project, so they asked for a loan from the wealthiest local, Mihovil Nazor, MD. He had just returned to his village to enjoy his retirement, after having worked for years in Pula, where he was the principal doctor for the Harbor admiralty and at the same time the liable doctor of the Pula Navy hospital.

During the time he served the Austrian war navy, this man from Ložišća used to be also the personal doctor for Maximilian Habsburg, the archduke of Austria.

He agreed to lend the villagers the money, but only if they returned it – in wine, even though he never really counted on them returning it. Every villager was supposed to give him a barrel of wine every year in order for the debt to be paid off, which they in the end did, all the way to the beginning of the World War One. 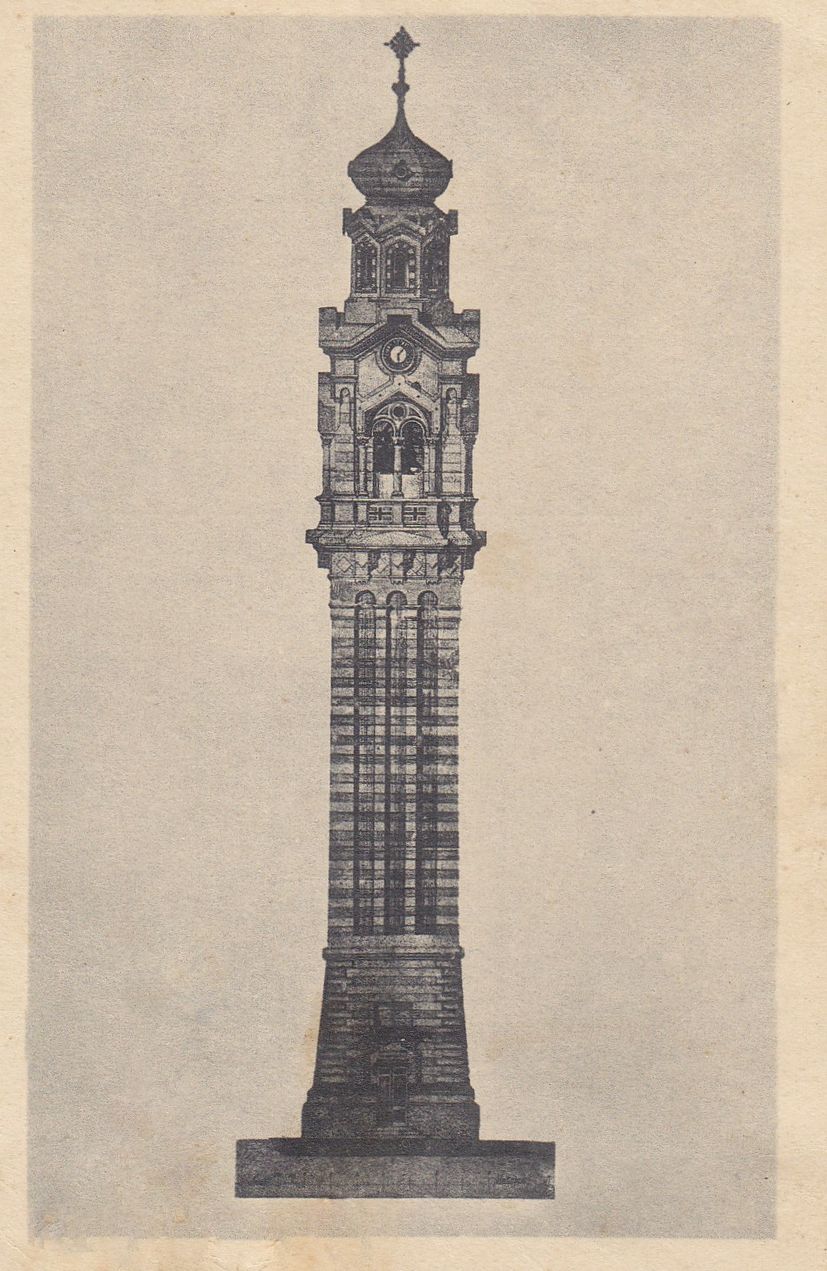 The bell tower itself was built from 1884 to 1889. The first contractor who was chosen to do the job was Šare from Split, but he soon gave up on such a complicated undertaking. After that, a young stonemason Matzenik offered to take the job – he came from somewhere outside Zadar to work at the local quarry and married a girl from Ložišća.

The people of Ložišća had no other or better solution, so they accepted his offer, doubting him greatly. Matzenik did not sleep for days or nights, studying every stone so that he would place it just as Rendić planned. And in the end he succeeded. The bell tower was built, and the debt was in time paid off.

This is a proof that one should believe in their dreams, never give up, and contemporary generations from this small village are proud of the beauty of this recognizable bell tower, for sure one of most beautiful in Dalmatia.