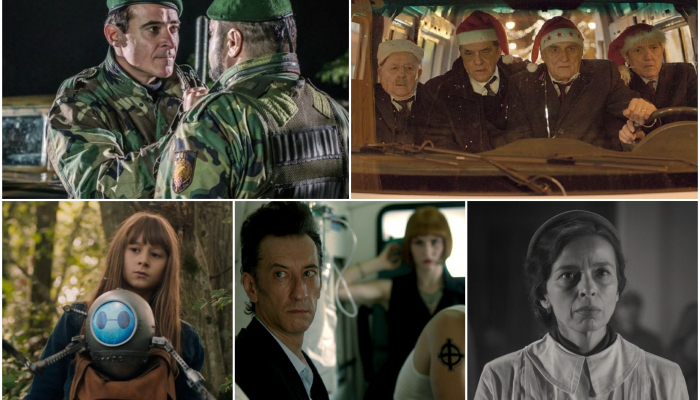 ZAGREB, 15 January 2020 – In 2019, 22 local films were screened in regular cinema distribution in Croatia, of which 4 were minority co-productions and 19 films co-financed through public calls from the Croatian Audiovisual Centre (HAVC).

HAVC has announced that the most-watched local film last year in Croatia was General, a film about the life of General Ante Gotovina by Antun Vrdoljak and produced by Kiklop film, with 74,585 viewers.

The second most-watched film of 2019 was Vinko Bresan’s political satire What a Country! (Koja je ovo drzava) produced by Interfilm, with 58,265 viewers.

In fourth place was the ‘first ‘Croatian zombie comedy from the future’ called The Last Serbian in Croatia (Posljednji Srbin u Hrvatskoj), directed by Predrag Licina and produced by Kinorama, with 28,072 viewers.

The sixth and seventh most watched films on the list of domestic titles went to two independent comedies – Ufuraj se i pukni with 17,533 viewers and Ideš? Idem! with 8,138 viewers.

Eighth place was Dopunska nastava, directed by Ivan-Goran Vitez and produced by Interfilm with 5,825 viewers. The crime drama Mali directed by Antoni Nuic and produced by Propeller Film ranks ninth with 5,535 viewers, whilst the 10th most watched film was documentary film Tusta Andrey Korovljev produced by Factum with 3,980 viewers.