Home » News » The Kohler Report: Largest Increase in Tourists from Australia is Croatia

Croatia has made a rare appearance on The Kohler Report on ABC News in Australia.

ABC News’ popular look back at the day’s movement on the financial markets, hosted by respected financial journalist Alan Kohler, talked Croatia and the Croatian kuna in the latest report.

“There was some tourism data out today that shows that the destination that has seen the largest increase in tourists from Australia is Croatia – up 59% in a year,” Kohler explained, before going on to discuss the kuna. 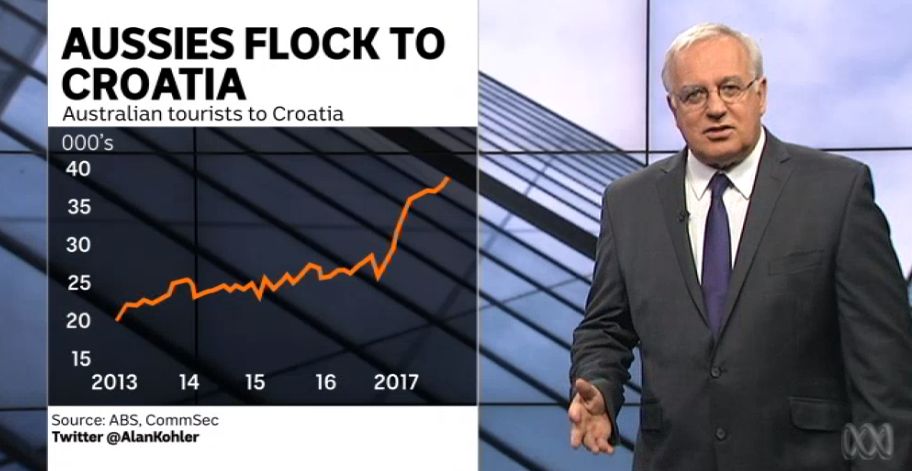 “It is a bit surprising since the Australian dollar has collapsed against the Croatian kuna, which has been keeping pace with the rampant euro.”

Kohler says that the difference between the performance of the Aussie against the US dollar and the euro over the past year is quite striking but America is not in the top ten of increases in Aussie tourist numbers. 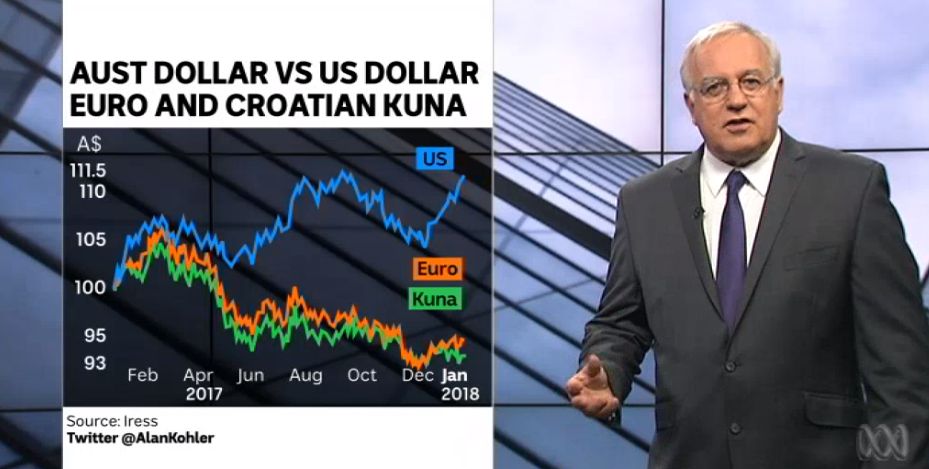 “We are flocking to Croatia, Greece, Israel and Spain instead even though they are much more expensive,” he said.

A record 18.5 million tourists visited Croatia in 2017, creating 102 million overnight stays. This was 13% more than the previous year. Tourists from Germany created the most overnight stays in Croatia (20.7 million), followed by Slovenes (10.1 million), Austrians (7.6 million) Poles (6.3 million) and Czechs (5.4 million).