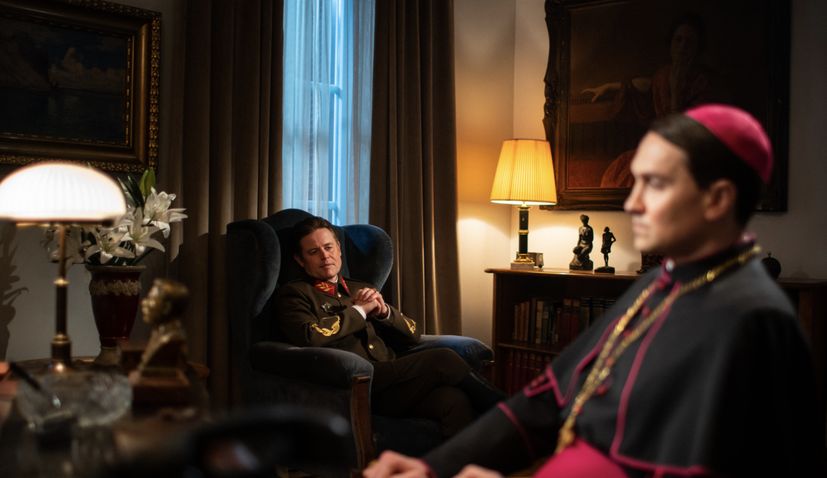 The Conversation – a feature film by Dominik Sedlar – is set to be screened in a number of cities in the United States of America and Canada.

The theme of the film centres around a real meeting between the newly anointed President of Yugoslavia, Josip Broz Tito, and the head of the Catholic Church of Croatia, Alojzije Stepinac which took place on on 4 June, 1945.

The meeting marked recent Croatian history in many ways.

The one hour and 45 minute film, which stars English actors Caspar Phillipson and Dylan Turner, is made in English with Croatian subtitles.

The film has received excellent reviews already in Croatia, Europe and Australia.

The producer of the film, Jakov Sedlar, will attend the film screenings and answer questions from the audience.

The Conversation: USA & Canada screenings (details on the poster) 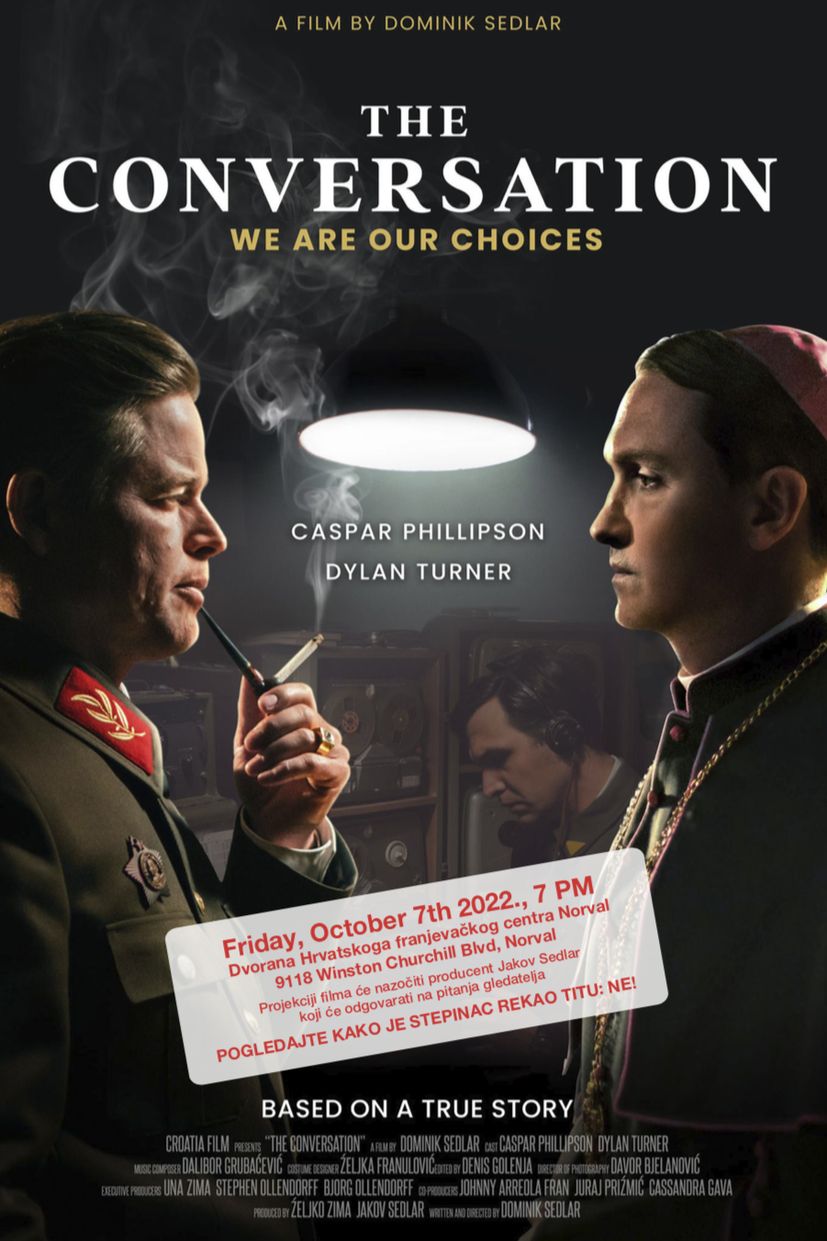 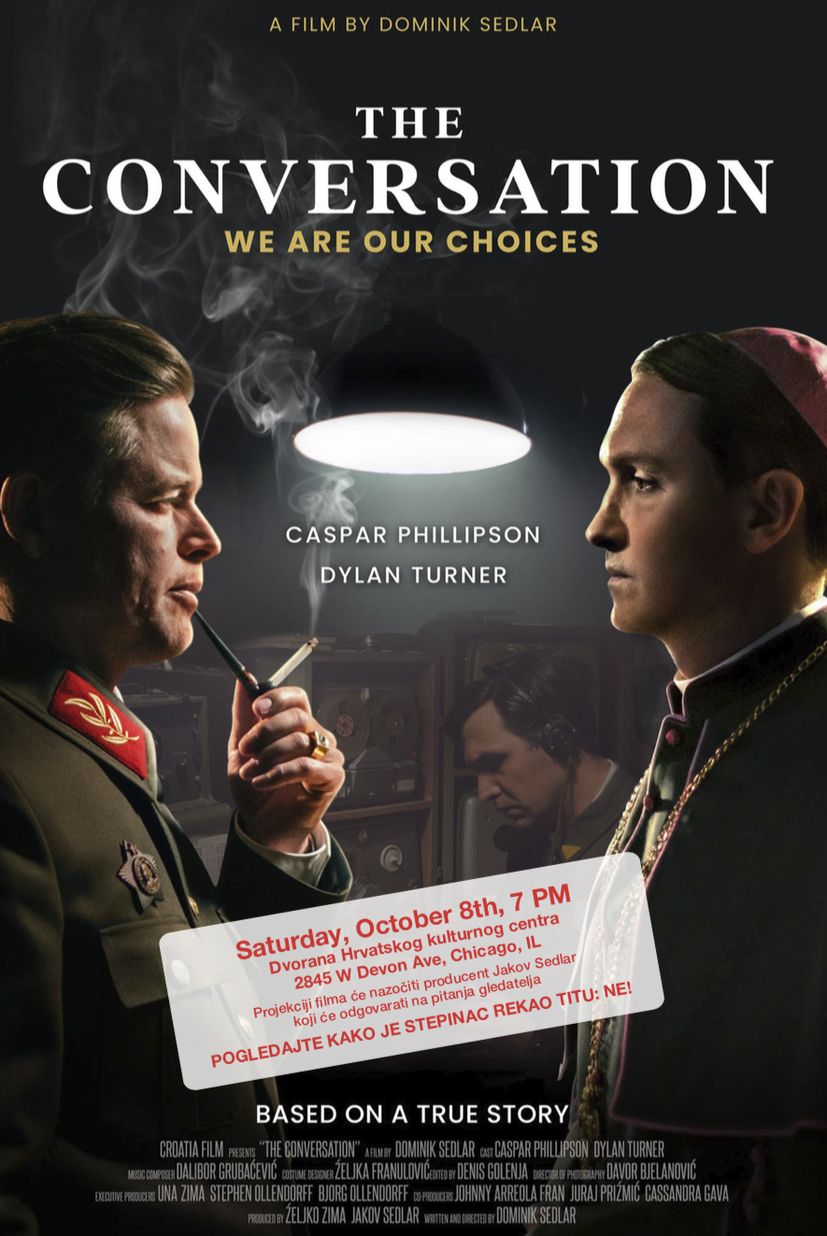 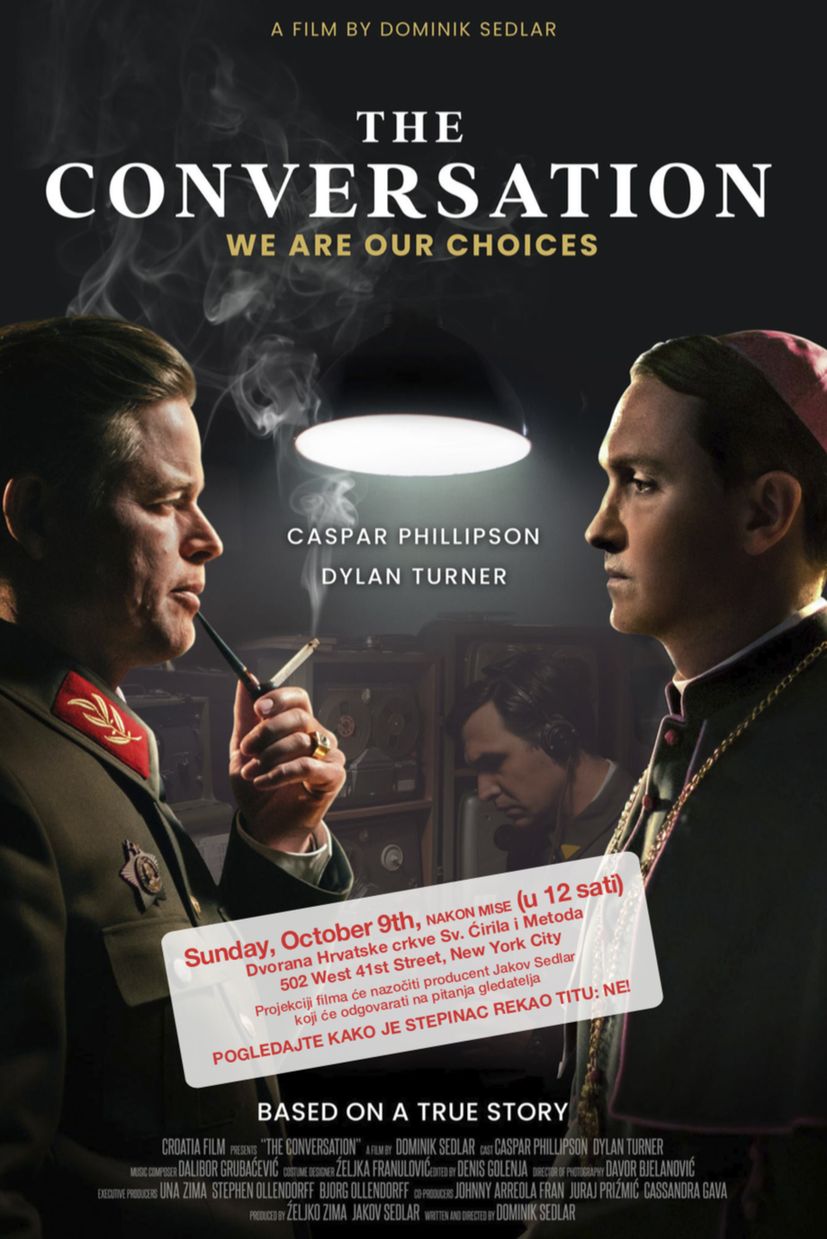 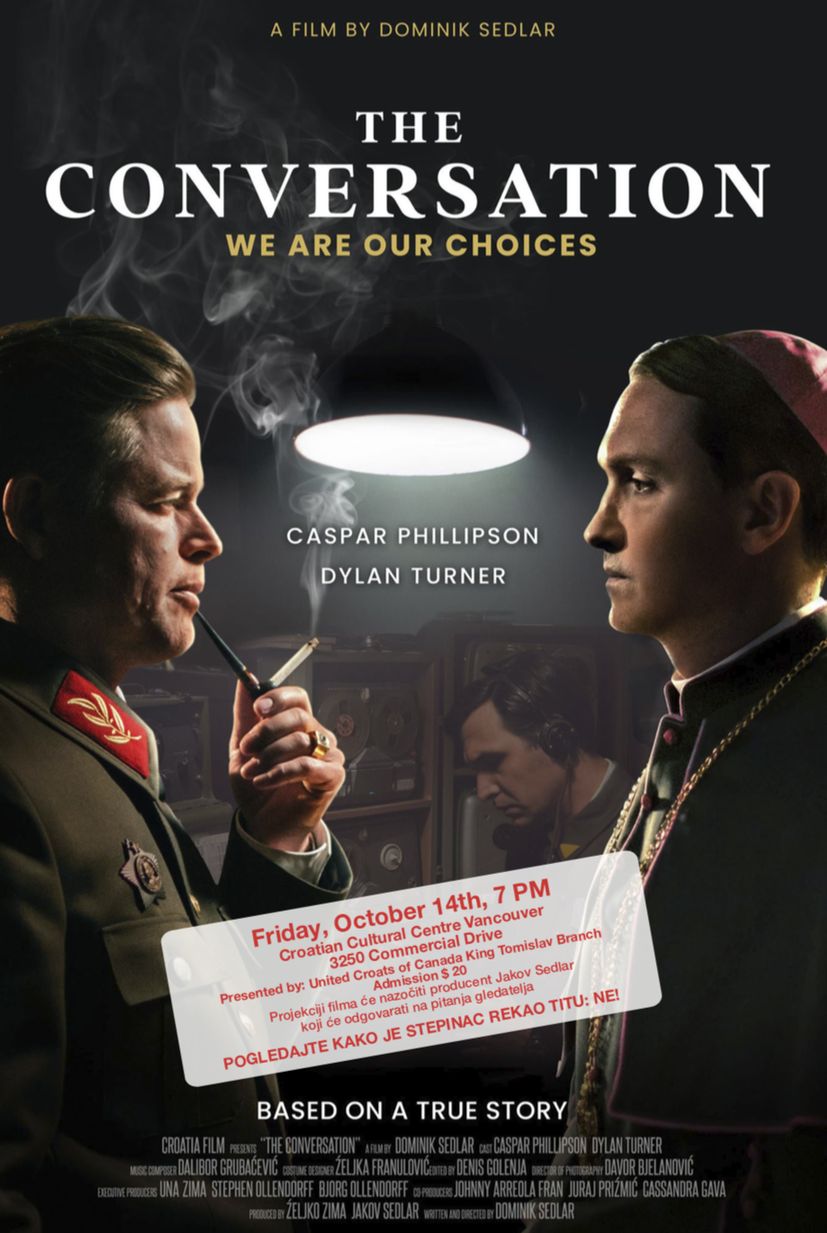 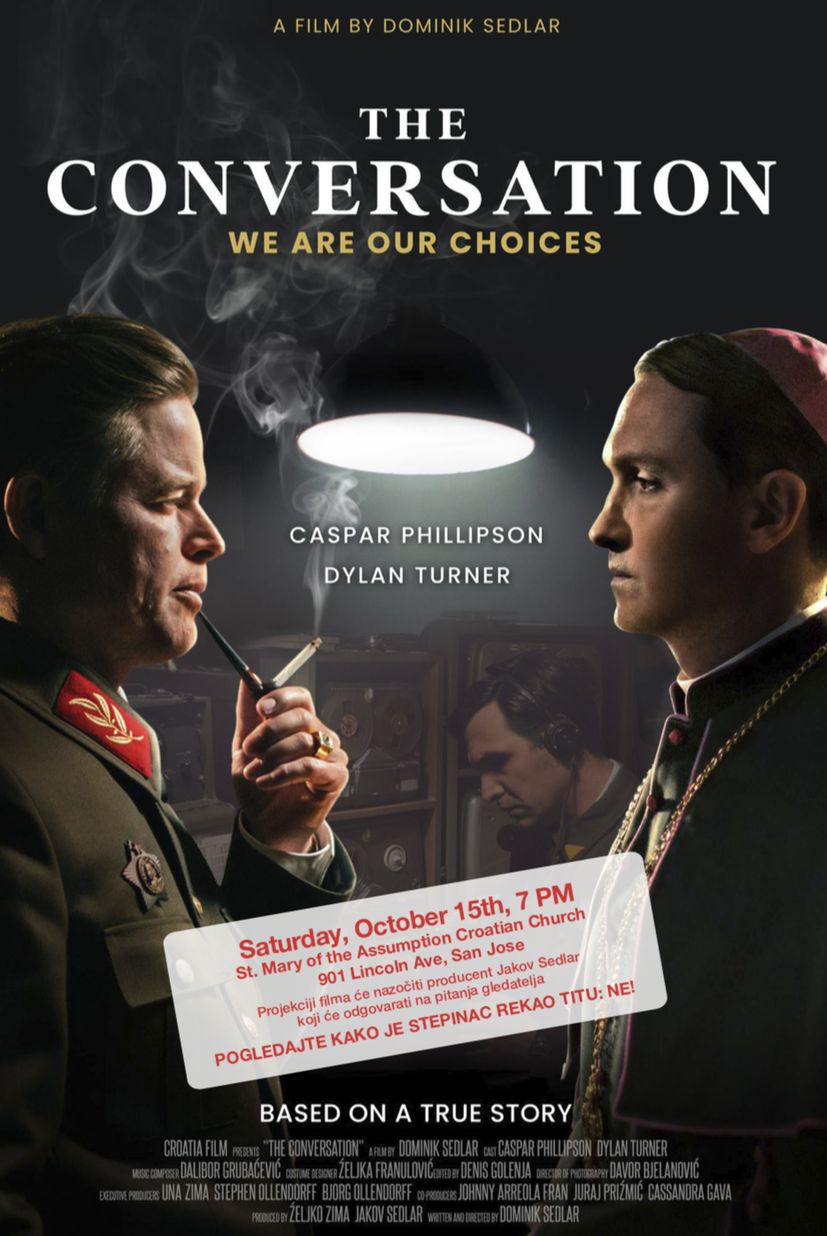 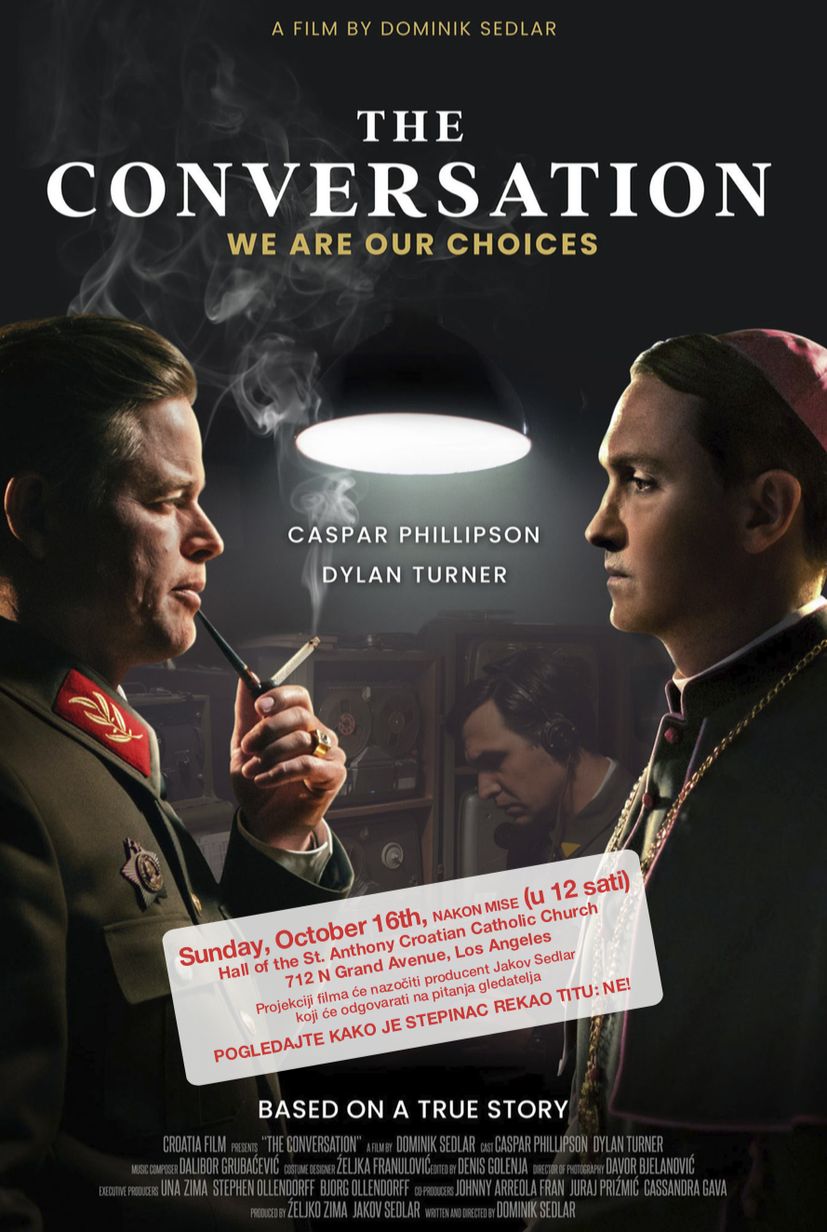