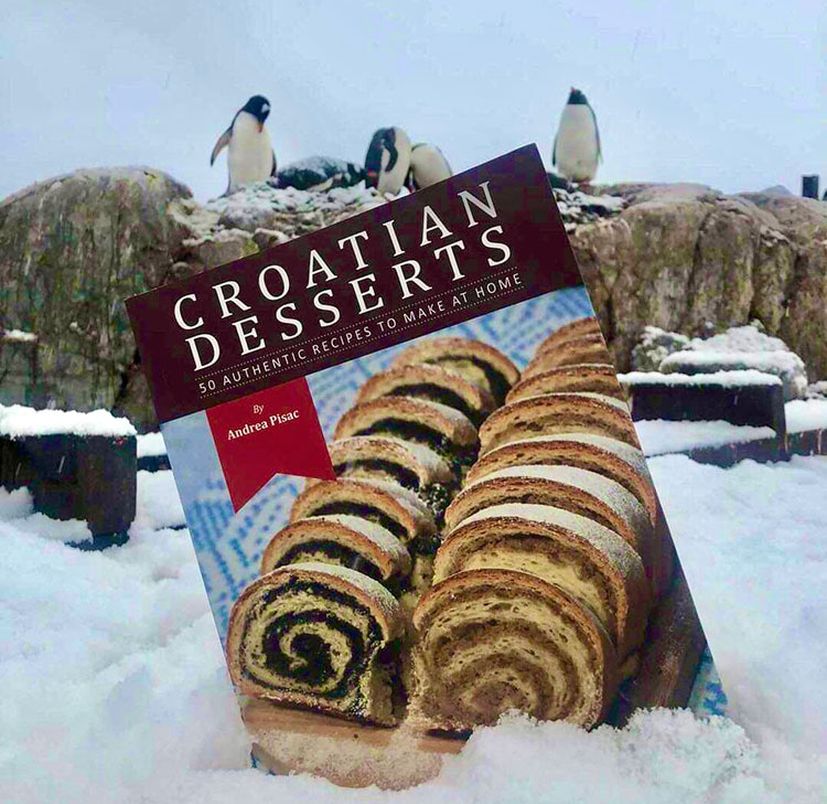 My cookbooks have travelled further and wider than myself. They found home on every continent in the world. And since the beginning of this year – this includes Antarctica too.

When the first edition of Croatian Desserts cookbook came out, it immediately sold all over the world. It was so exciting to chart the map of where we shipped each copy. But then, something even more moving happened. Our readers started sending us photos with the cookbook set against the backdrop of their corner of the world.

It was usually a well-known landmark, such as Sydney Opera House, the London underground, the New Mexico petroglyphs or the Henry Ford Museum. This spontaneous gesture gave us a much deeper sense of the books’ new homes. We were touched, and we felt more connected with the Croatians and Croatia fans around the world.

You can buy Croatian cookbooks HERE.

One day I published a post on Facebook which said: Croatian Desserts are now on every continent in the world apart from Antarctica. A minute went by and Aileen Milić replied: I can get it to Antarctica too!

Aileen lives in Punta Arenas in Chile and is the third generation Croat. We quickly began plotting the adventure for the cookbook. Through her company Quark Expeditions, she could arrange for the cookbook to travel with Chilean scientists to their research base on Doumer Island, on western Antarctic Peninsula. 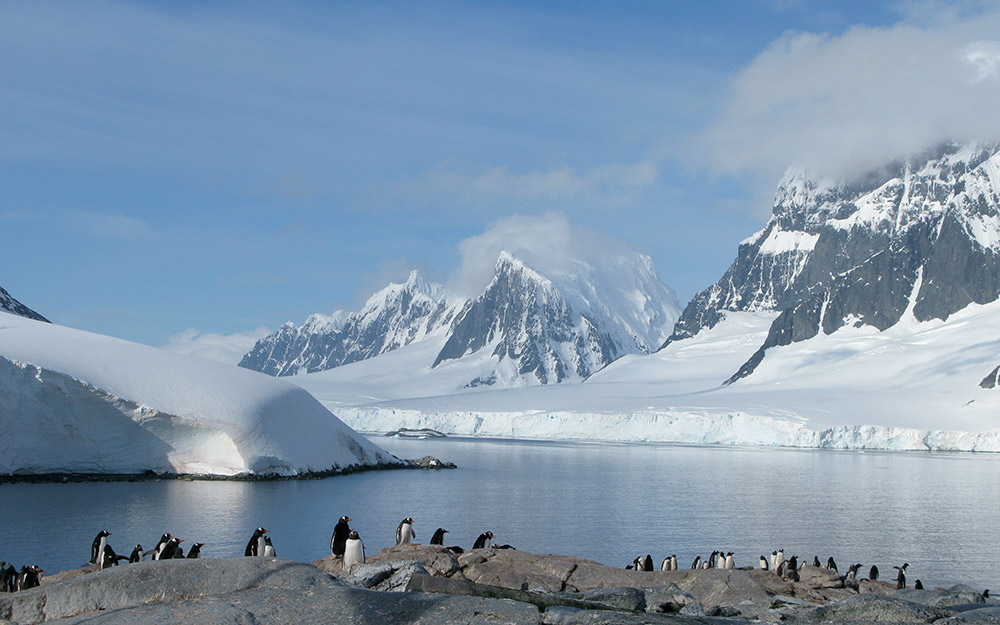 I immediately sent a couple of copies to Chile and we waited for the warmest 50 days – this is the window in which people can travel to the coldest continent on Earth.

The cookbook boarded the brand-new vessel ‘Ultramarine’ on 12 January 2022. Coincidence or not, ‘Ultramarine’ was, of places, built in Split. She has completed her first season in Antarctica with flying colours and is now getting ready to sail to the Arctic.

The kind scientist who took the cookbook on its polar tour was marine biologist Dr. César Cárdenas. I would have gladly skipped the sea journey but how I wished I could have been my cookbook as it arrived at the Yelcho Scientific Station in Palmer Archipelago. 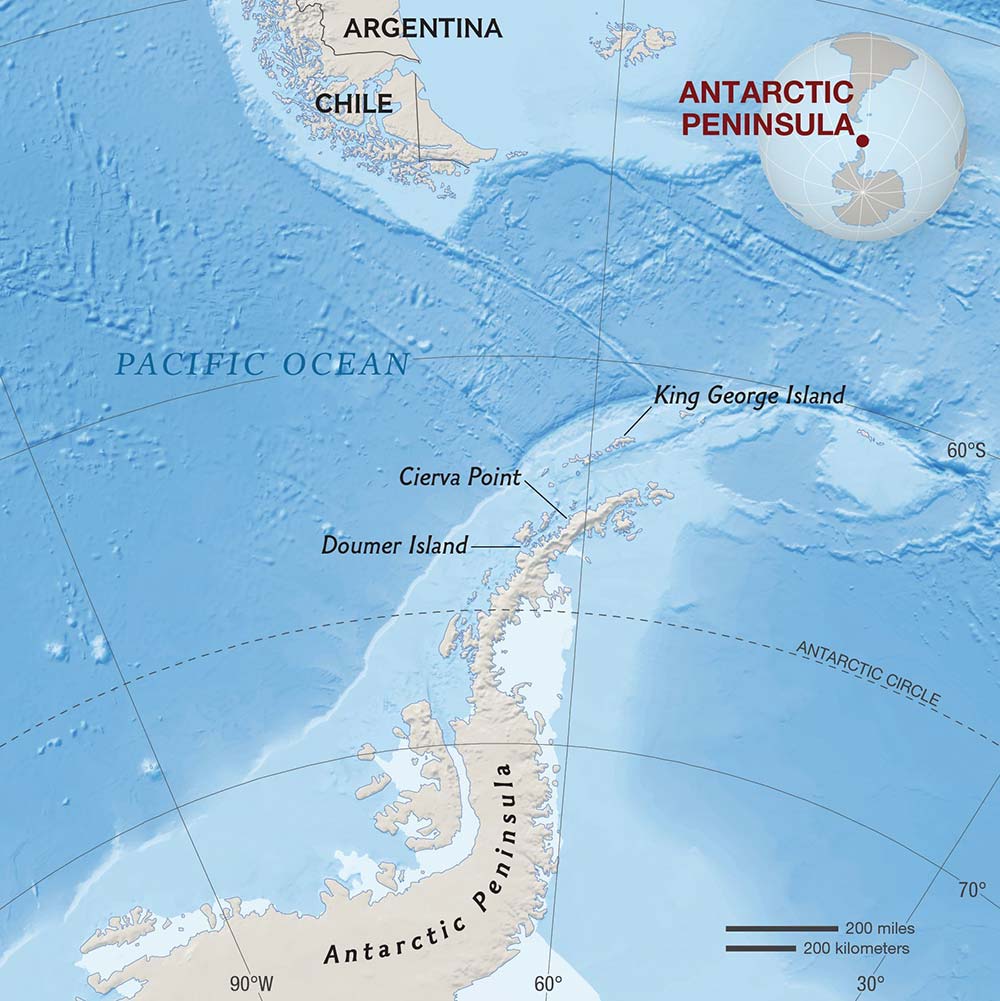 On Antarctica, César conducts research on marine fauna, marine ecology and conservation. He is also the Station leader to 26 scientists during their polar summer.

Aside from his usual duties, César was in charge of photographing my cookbook – a task entrusted to him by Aileen. But to get a great photo with flattering light, one must roam around in (summer) temperatures of 0 to – 1 degree Celsius. And if the wind speeds up, the real feel weather quickly drops to – 10 degrees C.

The photo of Croatian Desserts with penguins in the background is one of my most favourite presents. For a shot like that, César tells me, you must respect strict rules on animal life in Antarctica. When it comes to people and penguins, we are never to come closer than 5 meters of them. 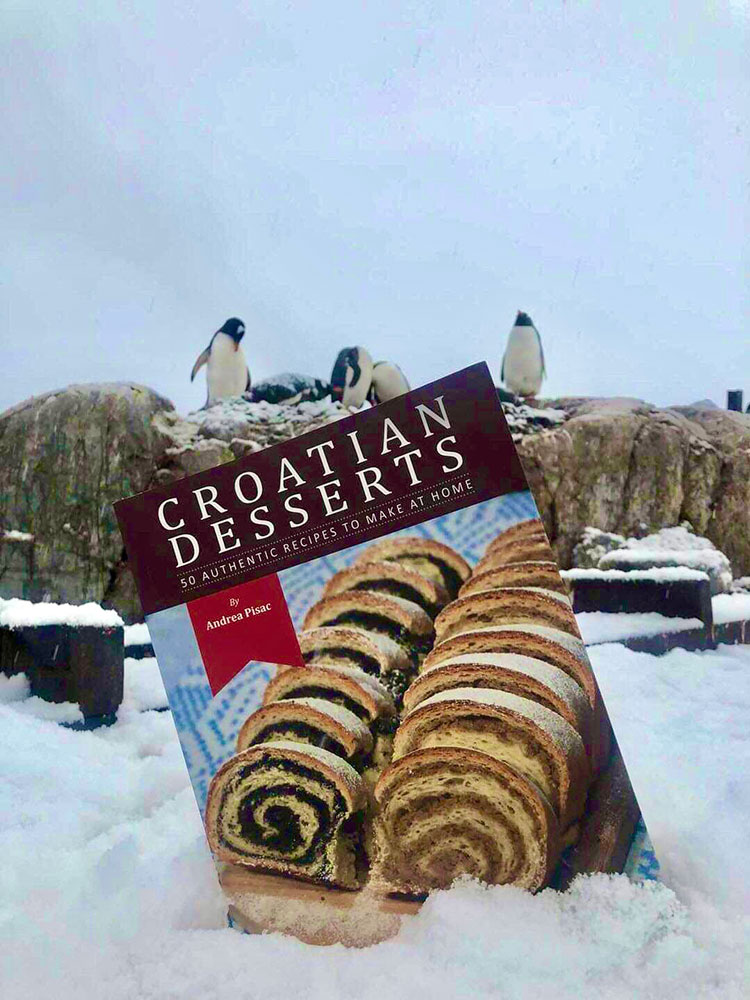 The power of Croatian connection

My cookbook sailed back to Chile on 10 March. Aileen and I chatted frequently and then finally met online last week. César was at her house so I had the privilege of meeting him too – and of hearing his plans of visiting Croatia this summer.

I have spent ten years promoting Croatian culture to the world. I keep in touch with and hear from many Croatians living abroad. But the power of our connection never seizes to amaze me. 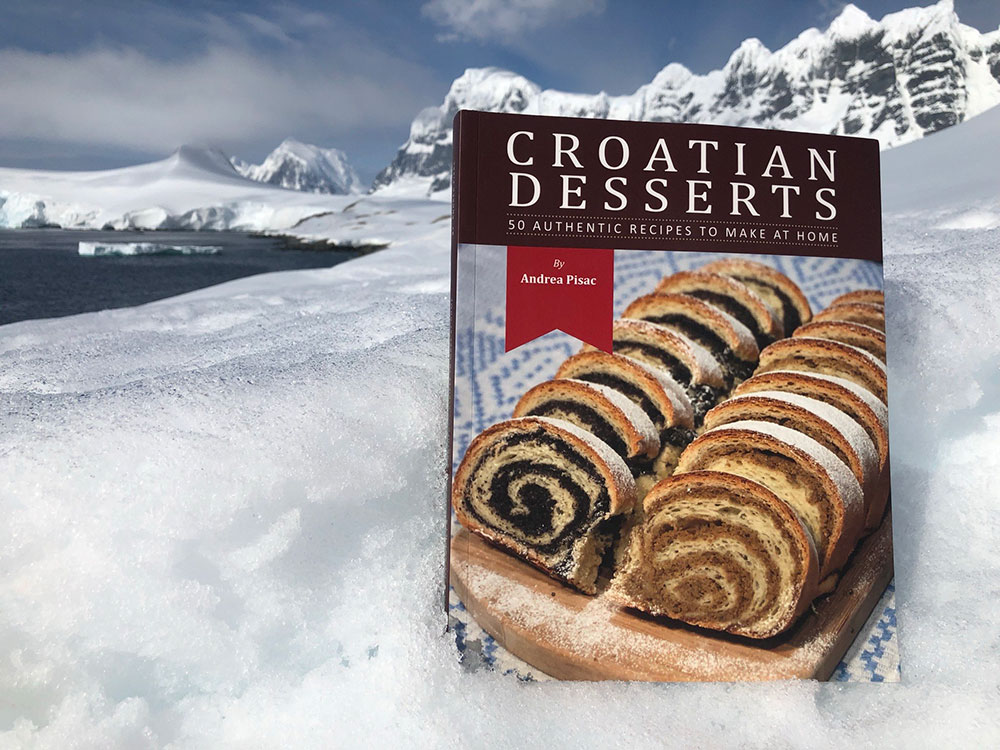 Croatians live in almost every corner of the world. We’ve all heard stories of walking into a bar in a far-out place and stumbling on someone who speaks Croatian. This is not only a curiosity – it’s a testament to how much we value our heritage. And of how much we can achieve by reaching out to each other.

Today I feel grateful for my new friends Aileen and César. I learned so much about Antarctica, the people who spend their summers there, and the animal world in this faraway land. 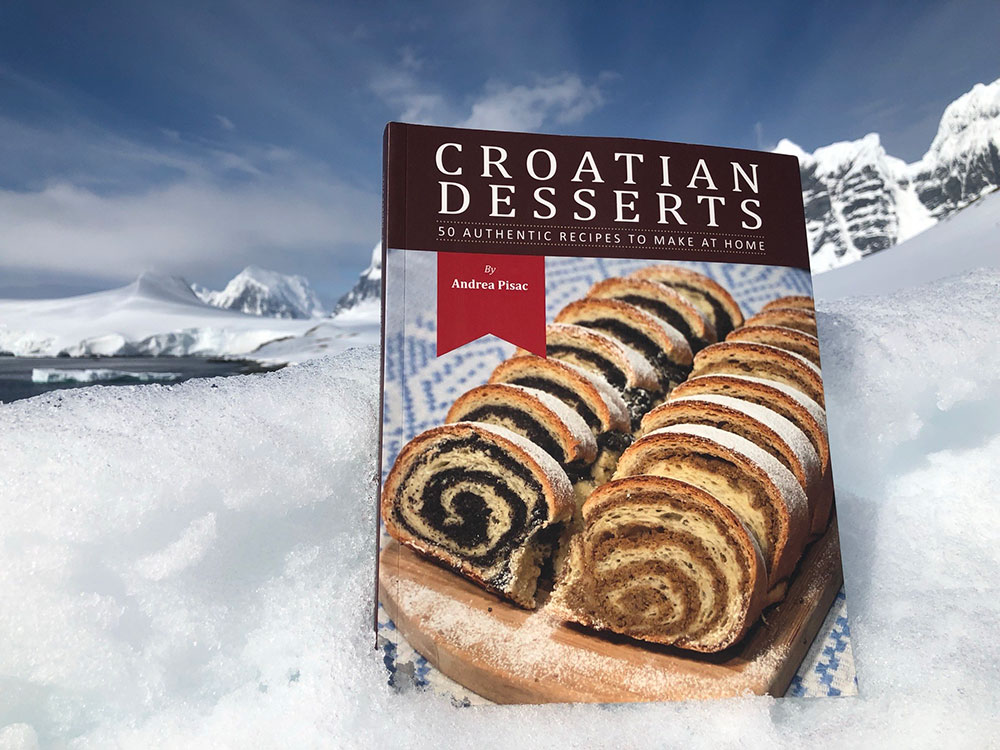 There are between 200,000 – 400,000 people of Croatian descent living in Chile. And in Punta Arenas, the town of 180,000 inhabitants, it is estimated that one third has a Croatian ancestor. They have a Hrvatski Dom with around 300 participants, and a seasonal Male Novine for all the latest news on the Croatian diaspora.