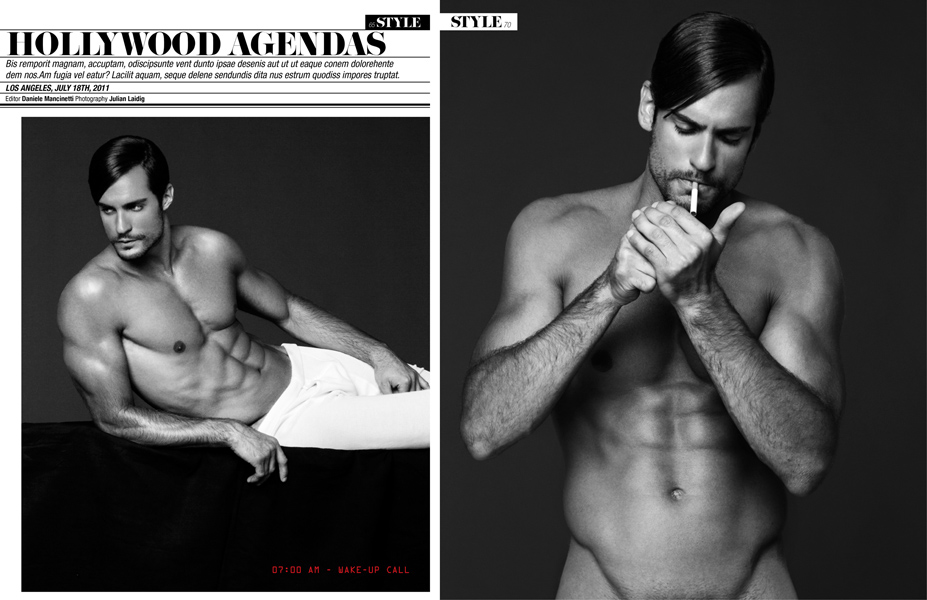 For almost a decade, Dubrovnik-born Antonio Lujak was one of the most successful Croatian male models in the world.

After winning all the male beauty titles in Croatia, including Mister Tourism, Best Model of Croatia runner-up and Best Model of Tourism, Antonio has left the country to pursue his dreams.

We caught up with Antonio in his hometown to look back on his successful modeling career and catch up with his promising career in film.

At the age of 19, you left your hometown of Dubrovnik to pursue modeling. How did you first get into modelling and where have you lived since leaving Dubrovnik?

I owe my career as a model to my loving and supporting mom. She is the one who pushed me to be a part of a fashion show for her own clothing store, back in the year 2000. After that, a series of modeling contests took place. 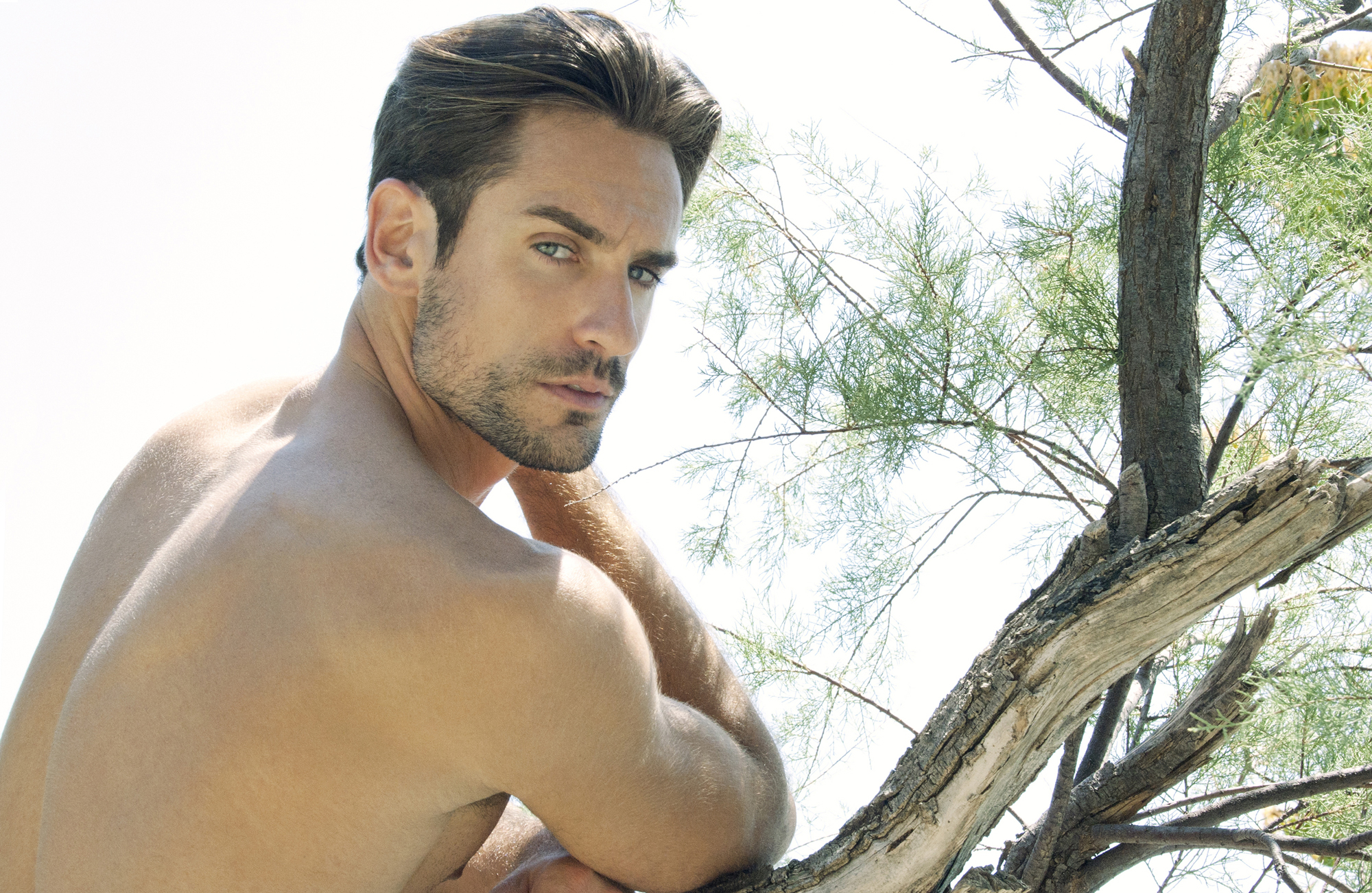 I won the Best Model of Croatia award in my region in 2000 and in 2004 I became Mr. Croatia. Shortly after that, I was signed with a top Slovenian modeling agency and started booking jobs with top brands all over the world. I have lived in China, Turkey, Greece, Italy, Germany, France, England, Spain, USA, just to name a few.

Your CV includes top names such as Roberto Cavalli, Calvin Klein, Hugo Boss, Versace, Gilette Fusion, Marco O’Polo, Men’s Health, Glamour, In-Style, Maxim, and Hip Hop Weekly. What do you think has made you so successful?

Apart from maintaining a healthy lifestyle, I believe a successful modeling career requires being disciplined, professional, and setting clear goals. It’s important to understand it’s a career that doesn’t last forever, so I always make sure I established strong professional relationships in the marketplace with those brands that I love and respect. Also being driven, passionate and grateful for the opportunities that come my way. 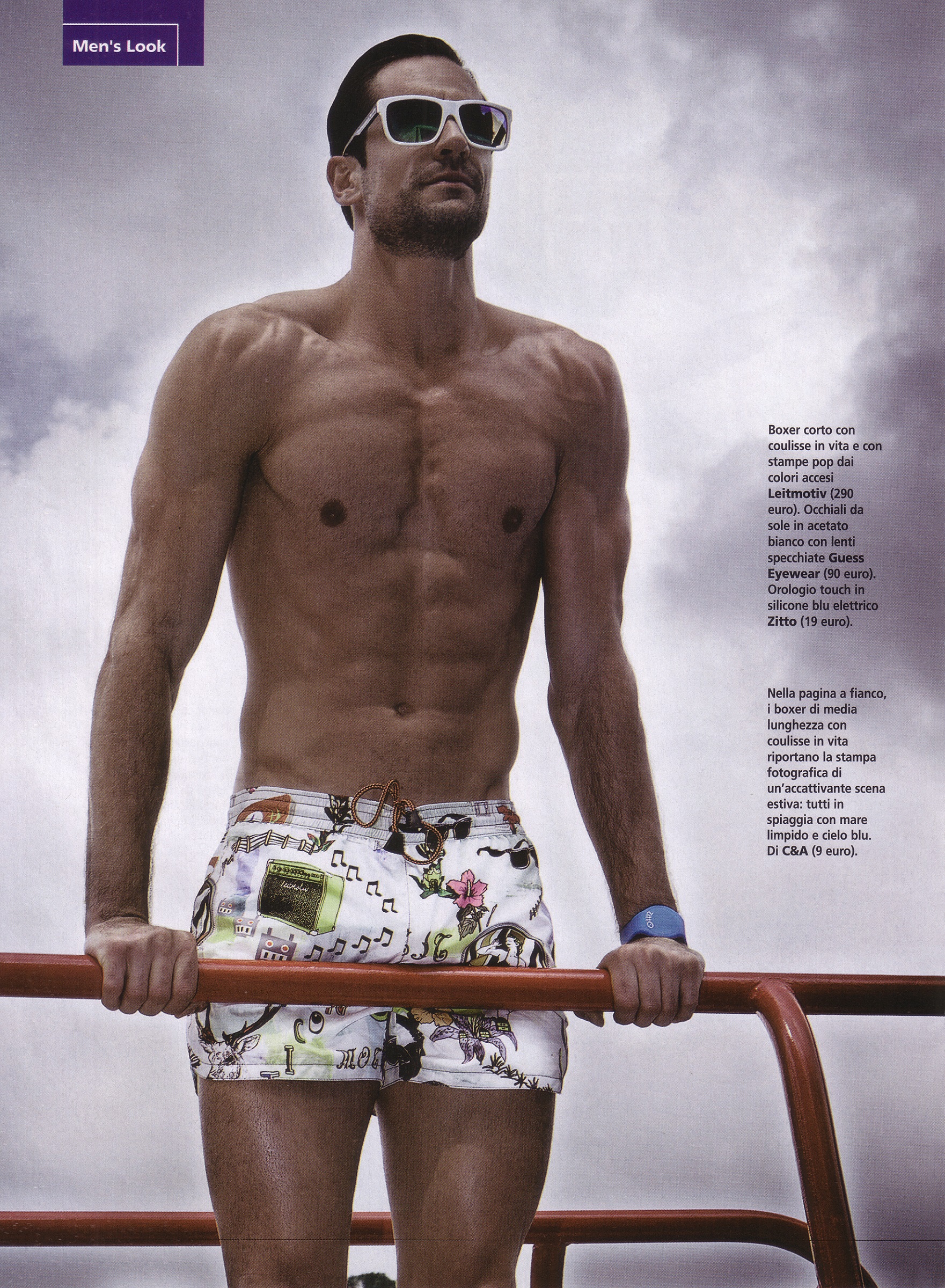 Your career in last few years has been taking a turn towards the film industry, mainly acting and film production. How did that happen?

I was able to experience being an actor for short periods of time while working on many TV commercial sets. This allowed me to discover my passion for acting. I was also able to see the behind the scenes process and recognize that through my contacts and professional relationships, I was able to put together a production team. What attracted me the most about producing was the ability to work with talented people and bring a project to fruition. That’s such a satisfaction. 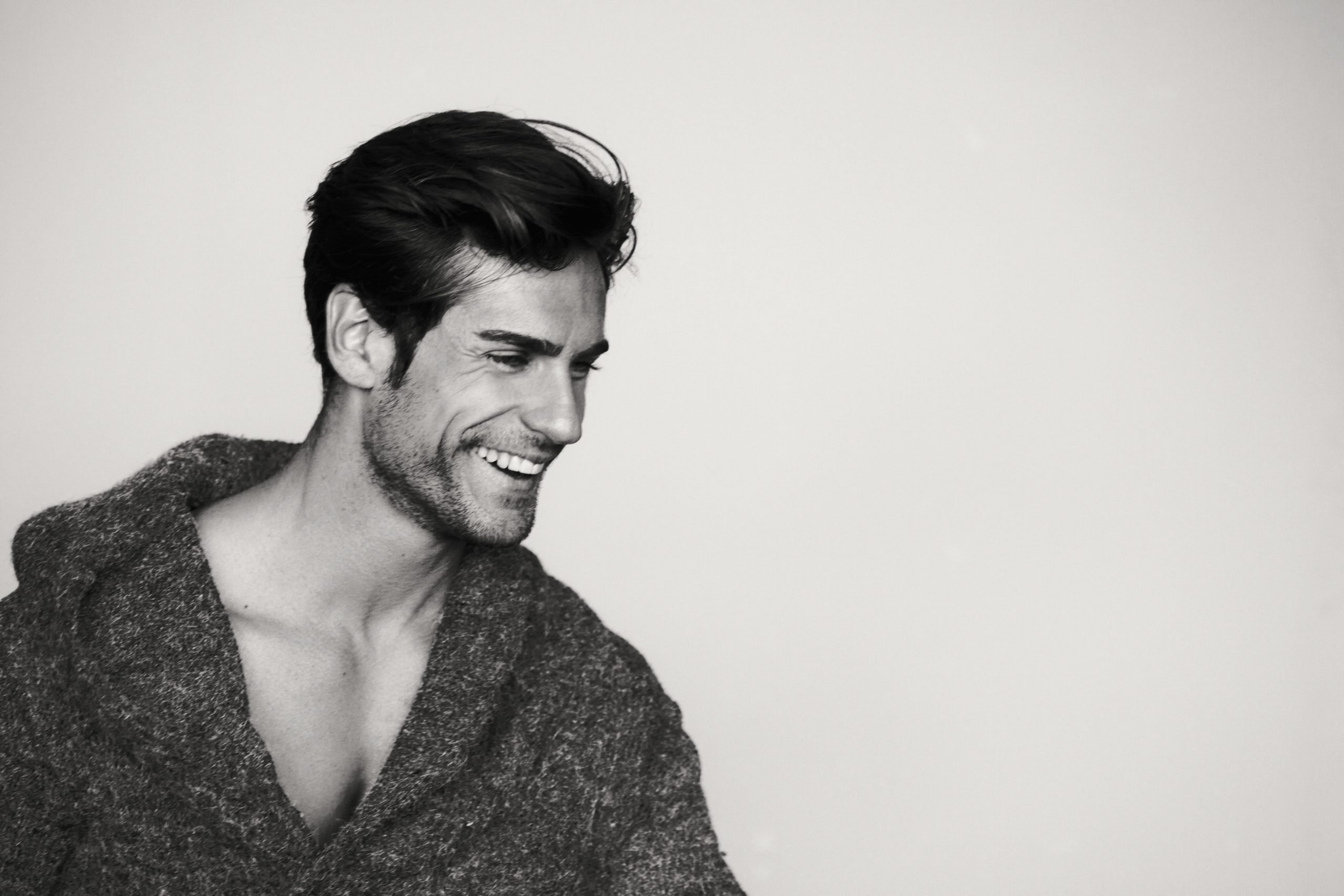 Besides the TV series Feel the Dead that you also produced, on the big screen we can see you in the role of psychiatrist Loris in Italian film The Music Box as well as in the recent Robin Hood and Star Wars movies that were filmed in your hometown. What are your further ambitions and plans in the film & TV industry?

I’m working on a few projects at the moment. Some of them are films in development and I have a TV series about to start pre-production. I can’t talk much about it right now but when the time comes, I will share the good news on my Instagram – @antoniolujak

You currently reside in LA but seems that Holywood has moved to your hometown of Dubrovnik. How do you feel about that?

It’s nice to see bridges being built between two of my favorite places in the world. It’s a dream come true and I can’t wait to work in both markets. 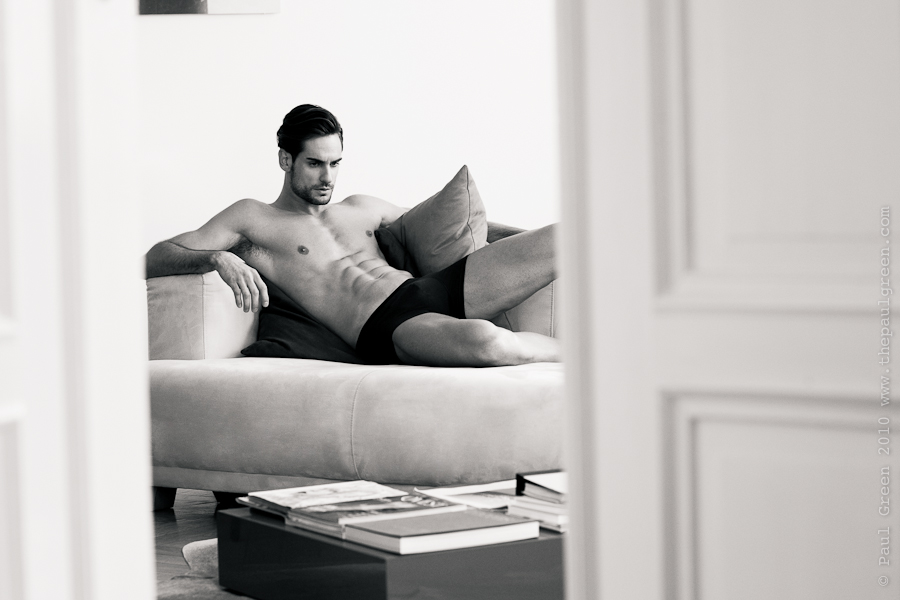 As part of your preparations for an acting career, you took lessons of repairing your “accent”. How did that work?

I’m still working on it. Getting rid of an accent is not an easy task, but hey, big dreams require a lot of hard work and sacrifice, and I’m ready for that.

Do your experiences in modeling help you with acting?

Not really. I mean, it has helped me built a great network and like I said before, I have been able to create great professional relationships. But when it comes to acting, I had to learn to let go of the “I’m so cool” vibe I learned through modeling, to allow myself to be vulnerable in front of people. You collaborated with many stars during your career, but your encounter with Eva Longoria during the shooting of a commercial has been covered by Croatian press because she is a big fan of Dubrovnik. How did that come about?

It came like any other modeling job. I got booked for the 15 year anniversary of Latin Glamour Magazine. It was an amazing experience to work with Eva Longoria, she’s funny and humble. Also, celebrity photographer John Russo was fun and creative. I had a blast in that shoot. 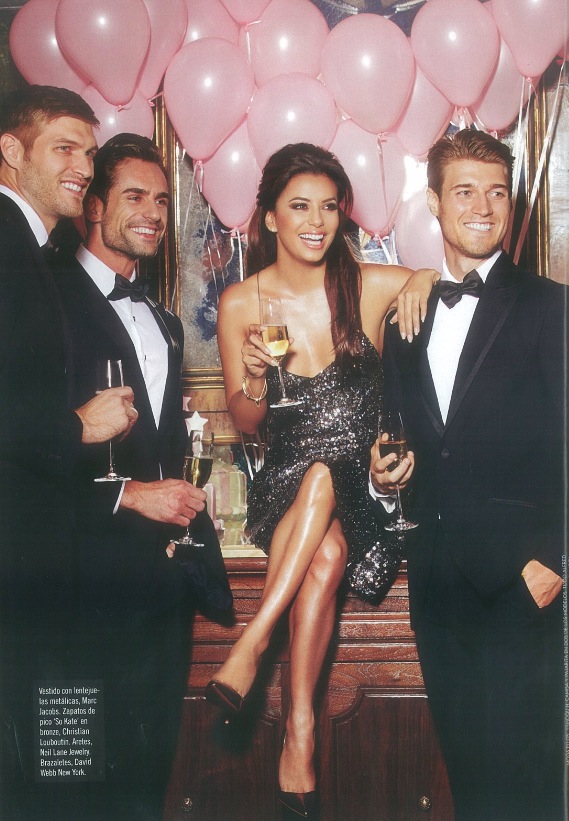 What do you miss most from home and what are the first three things you do when you come home to Dubrovnik?

I miss my family and friends of course, as well as the Mediterranean lifestyle of my beautiful Dubrovnik. The first three things I always do when I go home are: Eating my grandma’s food, taking a swim in the Adriatic sea and hang out with my loved ones. 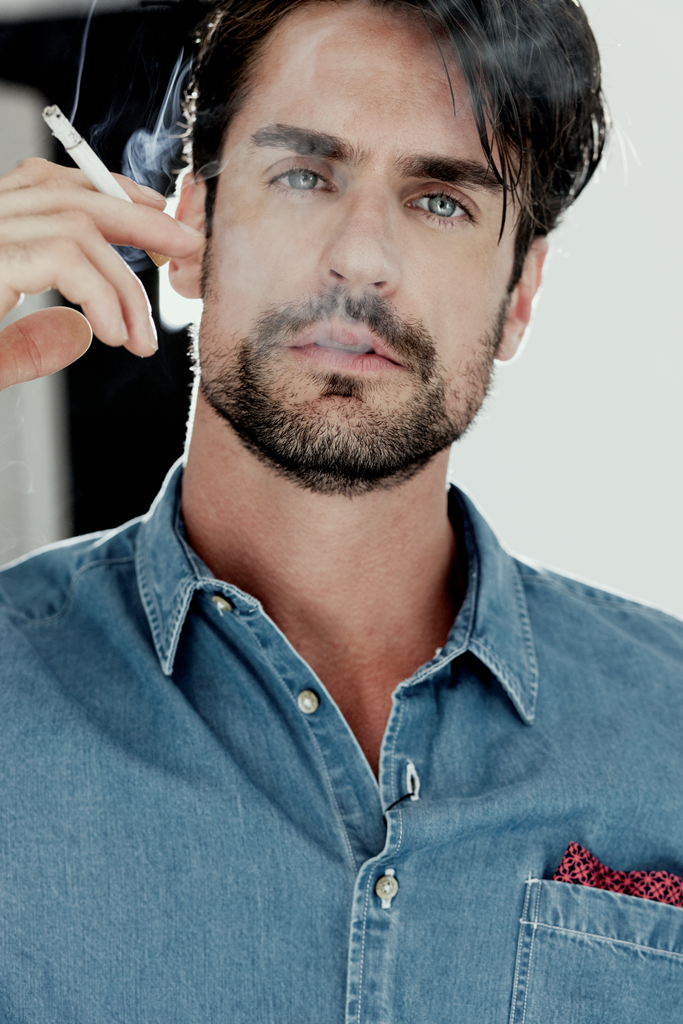 What advice do you have for aspiring male models?

I would like to say to all my young fellow modeling Croatian guys that even though nothing last forever, it’s important to always be polite and professional. Don’t take things for granted. Get to know yourself, discover your passion. Make sure you take advantage of every opportunity that comes your way, and always dream big, if you are already dreaming big, dream even bigger. The universe is the limit.