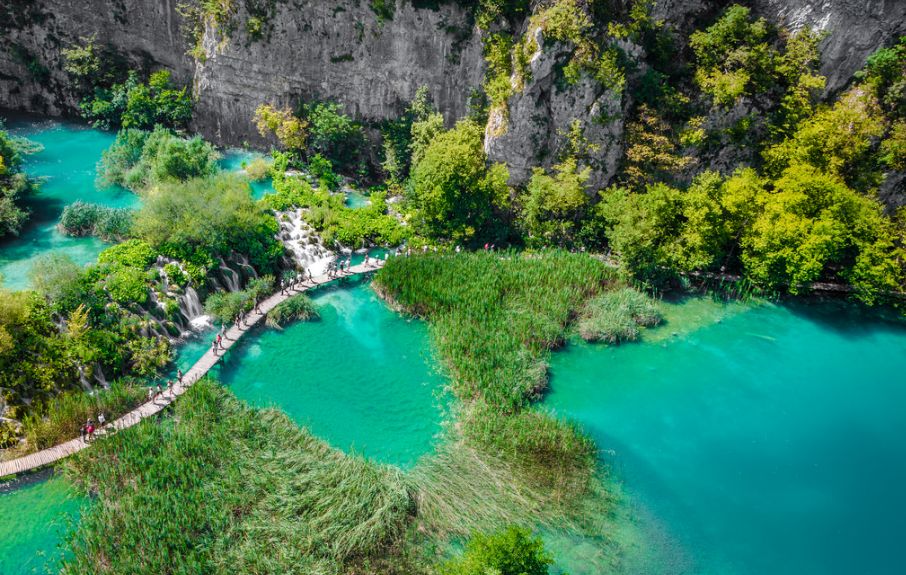 The Croatian Mountain Rescue Service (HGSS) are now being called out to perform around 1,200 rescues a year in Croatia, five times more than a decade ago. The latest incident at Plitivice Lakes National Park saw a Canadian tourist suffer serious injuries after falling from a 70-metre high rock as he went to take a photo.

The incident is not the first at the popular park this summer, forcing the park to change its rules. Last summer a 54-year-old tourist from Slovakia died after falling whilst trying to take a photo.

“We will most likely soon not allow people to enter the park in summer clothing such as flip flops or sandles,” Plitivica Lakes National Park spokesperson Ognjen Borčić told Jutarnji list, adding that it was time that the park raised its safety standards.

Last week the Croatian Mountain Rescue Service issued a warning to all tourists visiting Croatia to take care whilst out in nature and to stop taking ‘stupid and dangerous selfies’.

“Dear tourists, we respect you. It’s time for you to start respecting yourself. So, stop making stupid and dangerous selfies. Thank you,” the service said on Twitter.