Home » News » Spring to Start in Croatia with Snow 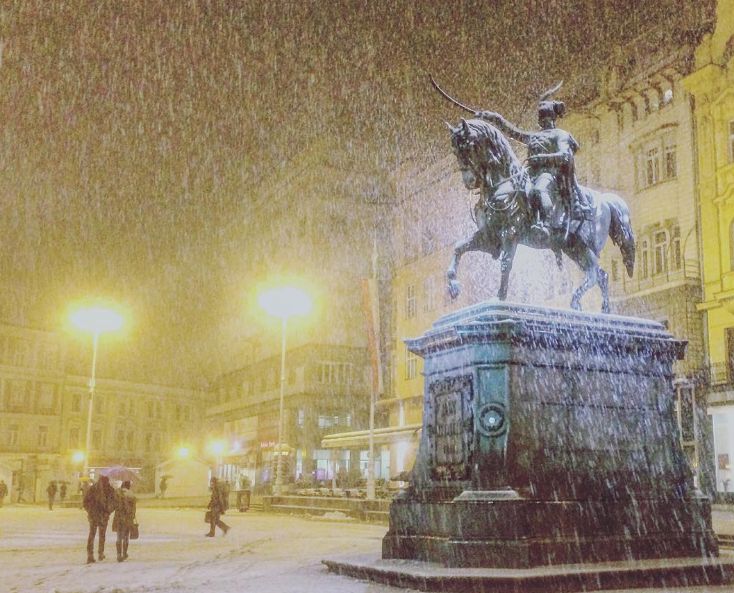 Zagreb set for snow on the first day of spring (Photo credit: instazgreb)

It has been a funny couple of weeks weather wise for much of Croatia.

First, heavy snowfall and bitterly cold temperatures as the ‘Beast from the East’ stormed in. Over 1 metre of snow for parts of the country and temperatures deep in the minus, up to minus 23 for some areas, came with the vortex.

This was followed by a jump of around 30 degrees in temperatures for continental Croatia. Zagreb went from minus 17 to plus 15 in the space of a few days.

The current spell of warmer weather has made locals think that spring is finally on the way. But the jackets and beanies won’t be put away just yet.

With temperatures in the mid-teens this week, it is all about to turn again as spring officially starts next week.

The first day of spring, which is Tuesday 20 March 2018, is set to be a snowy day for much of inland Croatia.

The warm weather is set to end this weekend and the return of snow is forecast for Saturday. Temperatures in Zagreb will drop from 15 degrees on Friday down to just 1 degree with snow on Saturday.

On Sunday temperatures will drop into the minus and on Tuesday, the first day of spring, snow and minus 1 degree is forecast. It will be much the same for central and eastern parts of Croatia.

Snow is not uncommon in spring – this taken on the island of Brac in 2016 (Photo credit: Silvio Marcus Milanko / Facebook Crometeo)

The Dalmatian coast will escape snow this time with temperatures set to remain in the early teens for most of the coast. The first day of spring however wont feel like it in Split with temperatures dropping to 8 degrees.