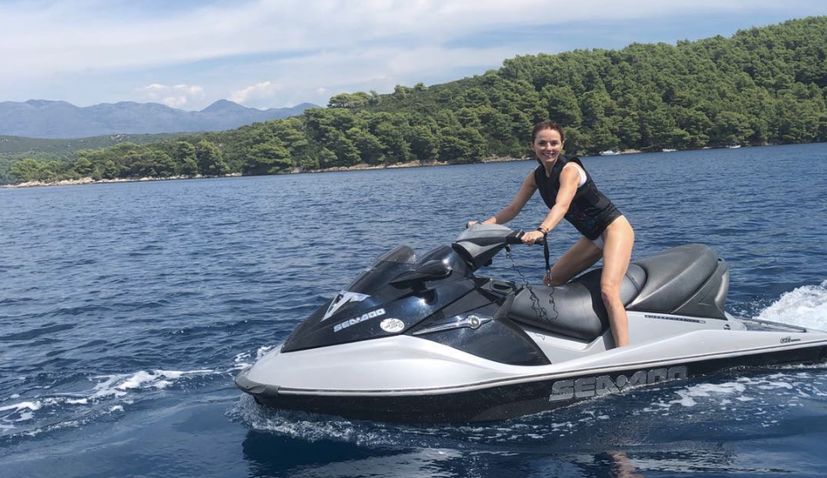 20 August 2019 – Geri Horner (ex-Halliwell), who was Ginger Spice in the 1990s hit girl group the Spice Girls, is currently enjoying a Croatian holiday.

Geri (47) is in Croatia with her husband, Red Bull Racing F1 team boss Christian Horner. The Spice Girls singer took to social media on Monday to post footage from her Croatian holiday, showing off her skills on a jet ski, Daily Mail reports.

Scream if you wanna go faster ! 😊

A few days ago, Geri and Christian were spotted in Dubrovnik and dined at Nautica restaurant with Bernie Ecclestone and Fabiana Flosi. The Spice Girls are the best-selling girl group of all time with over 85 million records sold, of which more than 75 million copies sold with the quintet lineup with Halliwell.

In 1998, Halliwell left the Spice Girls to pursue a solo career but later returned to the group when they reunited in 2007. Halliwell reportedly amassed a $40 million fortune during her last two years in the group.

Geri took part in the Spice Girls’ reunion tour earlier this year which saw the group perform across the UK and Ireland.

She married Christian Horner in a star-studded ceremony in Bedfordshire on 15 May 2015.