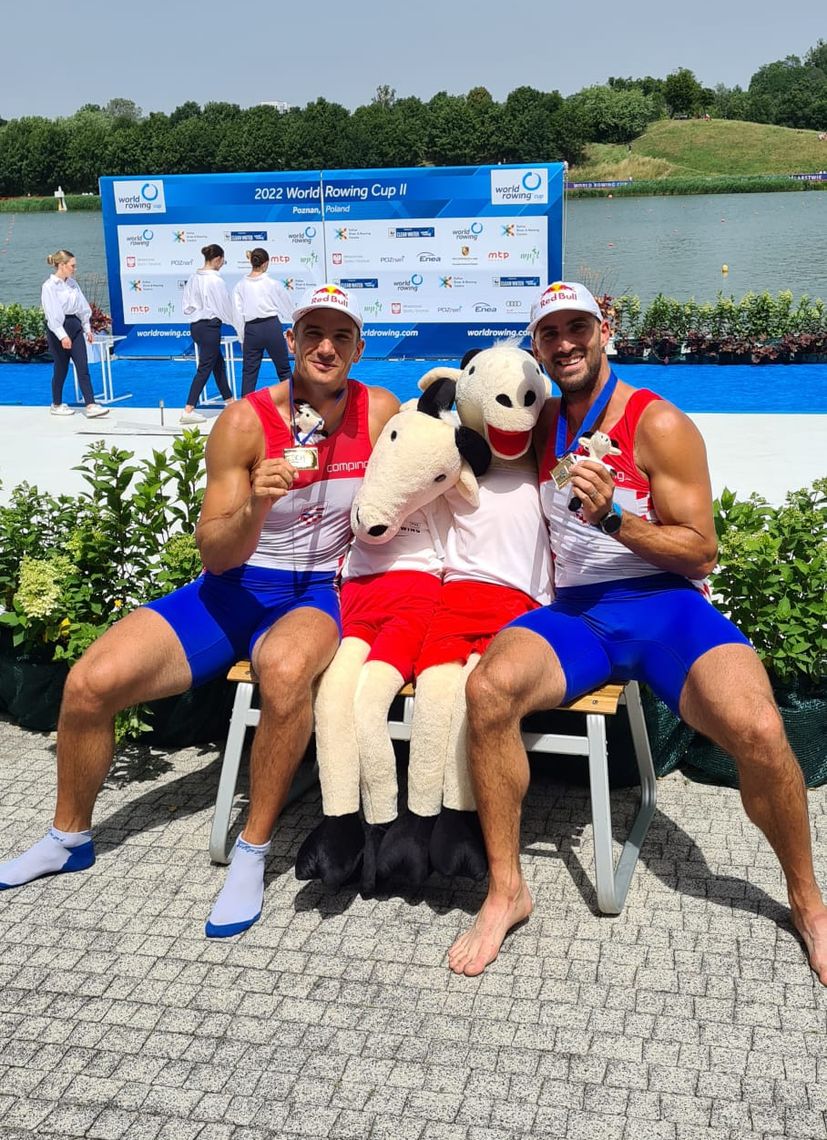 Martin and Valent Sinković have finished in first place in the A doubles final at the second World Cup rowing regatta in Poznan.

The Sinkovićs dominated the entire race and entered the finish line with a time of 6:12.53 to win gold.

The silver medal was won by the Polish crew with a time of 6:16.04, While third place, in a photo finish, went to the Australians and the Dutch with the same time of 6:18.10.

“Another race well done. Honestly, we are very satisfied with how we rowed all three races, was much better than in Belgrade at the first World Cup. I think we still have room for improvement, we are going to continue training and working for the last regatta of the World Cup in Lucerne,” said Martin Sinković.

“The most important thing is progress now that we are back in pairs. Every race we are getting better and we can hardly wait for the rest of the season, especially the preparations in Peruća where we improve our form and technique and of course the European and World Championships,” said Valent Sinković.

After the triumph in Belgrade at the first World Cup and today’s win, the Sinković brothers have now won 21 gold medals at the World Cups in their careers.

It has been a full six years since the Sinkovićs won Olympic gold in Rio, in the doubles discipline. They then changed disciplines and subsequently moved into coxless pairs in which they also experienced Olympic triumph last year in Tokyo, and have now returned to rowing with two oars in their hands, in which they were absolutely invincible from 2014 to 2016.

The Croatian brothers still hold the world record in the doubles discipline in Amsterdam in 2014, when they crossed 2000 meters in  a time of 5:59.72, which has not been surpassed to date.