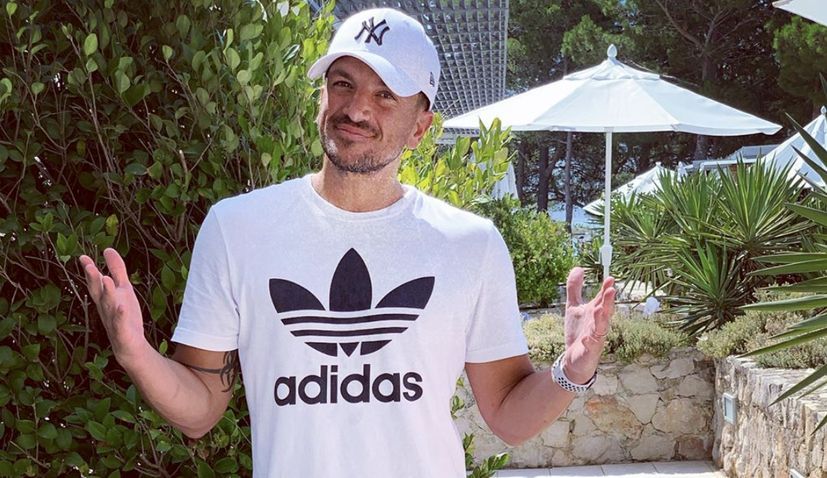 11 August 2019 – English-Australian singer and television personality Peter Andre is currently being charmed by the beauty and tastes of Croatia.

The 46-year-old Mysterious Girl singer has been combining a holiday with his family on the Croatian coast with some work – filming a cooking segment for UK television – and by all accounts they are enjoying their time.

Andre has been sharing photos and videos from his holiday on Instagram.

“Love this place #croatiafulloflife”, Andre wrote before posting a video from the island of Brac.

“This place though…. Milna, Brac is a must.”

Apart from enjoying the crystal clear waters of the island, Andre has been filming a cooking segment for the the early weekday morning, lifestyle and entertainment show Lorraine which screens on ITV.

Andre prepares a peka, as well as ćevapi.

How to make the perfect Peka by @peterandre Live from Croatia @lorraine @itv Croatia is a country with a thousand islands, but also a land of a thousand gastronomic faces. Whether you’re a fan of traditional or modern cuisine, your Croatian #culinary adventure will fulfil all your expectations…and much, much more! The recipe for a peka is over a thousand years old, but still used today because it is the best way to preserve the richness of taste. You can put anything you choose under a peka – fish, crabs, shellfish, vegetables, chicken, lamb, pork, veal, etc. It takes a true master to make a good peka and so this skill is passed down from generation to generation. As delicious as a peka is to eat, it is as equally exciting to watch it cook. Have a seat on the grass, drink a little homemade rakija (brandy), and enjoy while you wait for your dinner. Every region in Croatia abounds in tastes and aromas that will take your breath away. So do not wait – start your gastronomic adventure across Croatia today! Whether you choose the mainland or the coast, your taste buds will not be deprived! #CroatiaFullOfFlavours #gastronomy #foodblogger #FoodiesParadise #foodphotography

“I’ve been doing a cooking segment here in Croatia for Lorraine. Croatian sausages are quite small. Now as for Greek sausages……”

So I’ve been doing a cooking segment here in Croatia 🇭🇷 for @lorraine Croatian sausages are quite small. Now as for Greek sausages……… #croatiafulloflife #bluesunhotels #bluesunhotelelaphusa @adidas

Andre gained popularity as a singer, best known for his singles “Mysterious Girl” and “Flava”. He is also known for appearing on I’m a Celebrity…Get Me Out of Here!, and  Strictly Come Dancing.

In 2009, Andre released the album Revelation with the single “Behind Closed Doors”, which reached No. 4 on the UK Singles Chart. He followed it up with his sixth studio album Accelerate in 2010.