Home » Travel » Saltworks in Nin: An ideal place to visit in all seasons 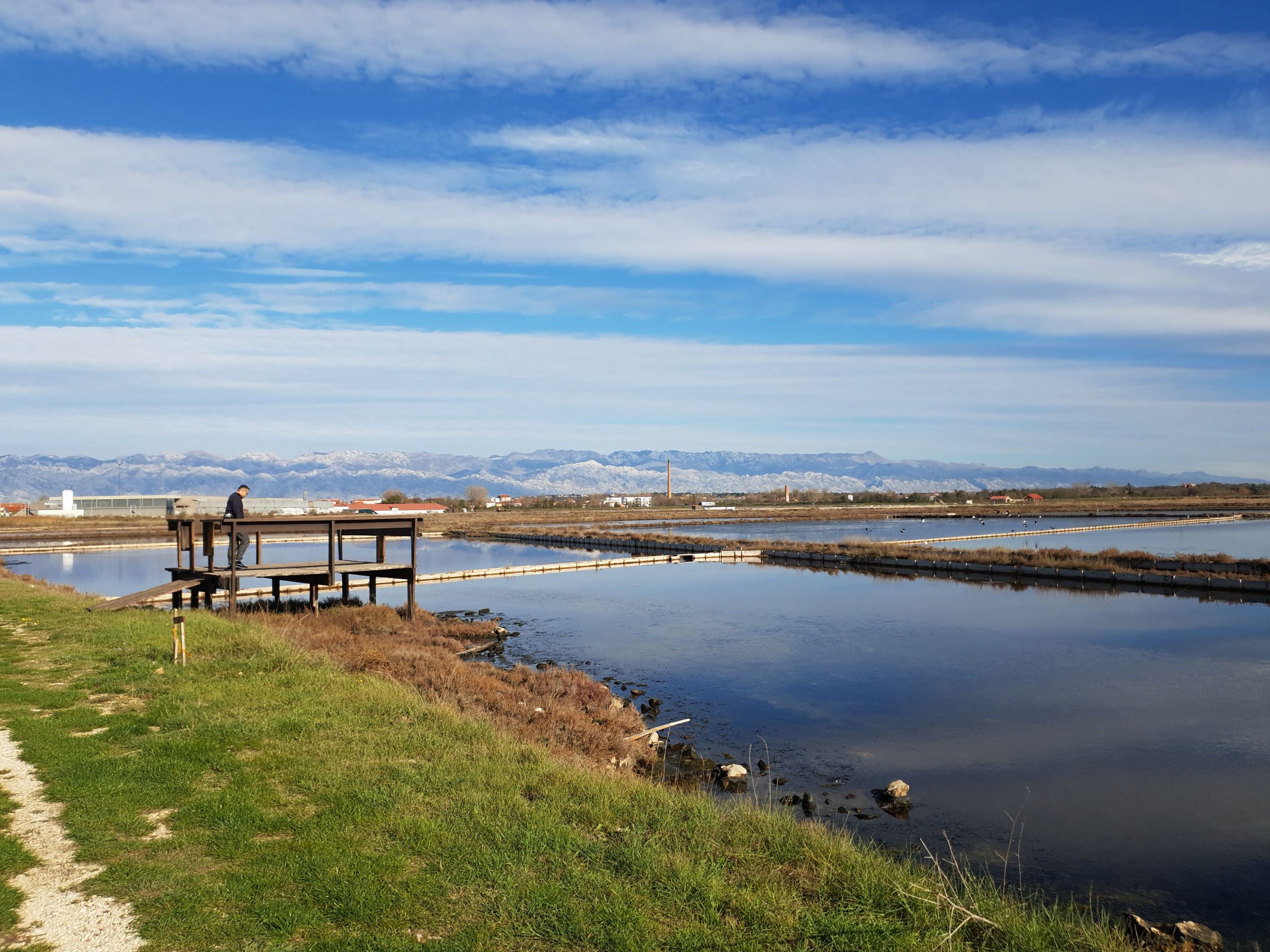 Just one month until Christmas and the temperatures on the Croatian coast are still agreeable for spending time outside. Are you tired of staying home, not sure what to do? Now is the time to get yourself on the road and visit some nice places without being surrounded by a huge crowd of people. It is still an ideal time to wander around and when you are out of ideas for unique spots to go and visit, here is a nice suggestion – Saltworks in Nin.

You definitely won’t go wrong with this choice. The Saltworks in Nin, located in the Zadar region, is a magical place where modern technology and tradition go hand in hand, it is hard to imagine, but still manageable. Great place to visit no matter what time of year

A place that will take your breath away with so much history, a place that will carve super strong natural energy in your mind and body. A stunning way of nature’s cooperation with humans.

The production process of the salt there dates 1,500 years. Using the same manual methods, workers in the season collect salt from the pans. Just human hands, sun, salt, nature – an ideal combination for getting prime BIO awards. This is the only Saltworks on the Adriatic coast with the BIO label. Autumn and wintertime are pretty much quiet when it`s about production. At this time of the year the salt needs to be packed, and in summer it needs to be produced and collected. Most people think now in this time of the year there is not much of work, but that is the wrong way of thinking. In Saltworks Nin, there is all the time work. Human cooperation with nature is the main key in this job.

Reminder on the great flood that happened a year ago. In September 2017 rain caused huge damage to all areas of the picturesque town of Nin, including the Saltworks. At the time when all the salt had been collected and was ready to dry outside and inside the store, the flood destroyed almost everything. All the work from the season just flushed away, just like that. The flood destroyed the salt, the storage, the Salt Museum, the House of Salt and the main office building. An apocalyptic scenario that would make everybody shiver. But at Saltworks Nin, workers put a lot of effort in a short time and the factory recuperated.

The stash of salt that survived from that season wasn’t too big. A year after that tragic moment, Saltworks Nin got back on its feet and proudly showed production can go on.

“Production was a little bit less than in previous seasons because of the flood, but lucky we recuperated from that. We had a great tourist season. We are very satisfied and we keep going on,” said Sanja Stamenić Oštrić, marketing director of Saltworks Nin. 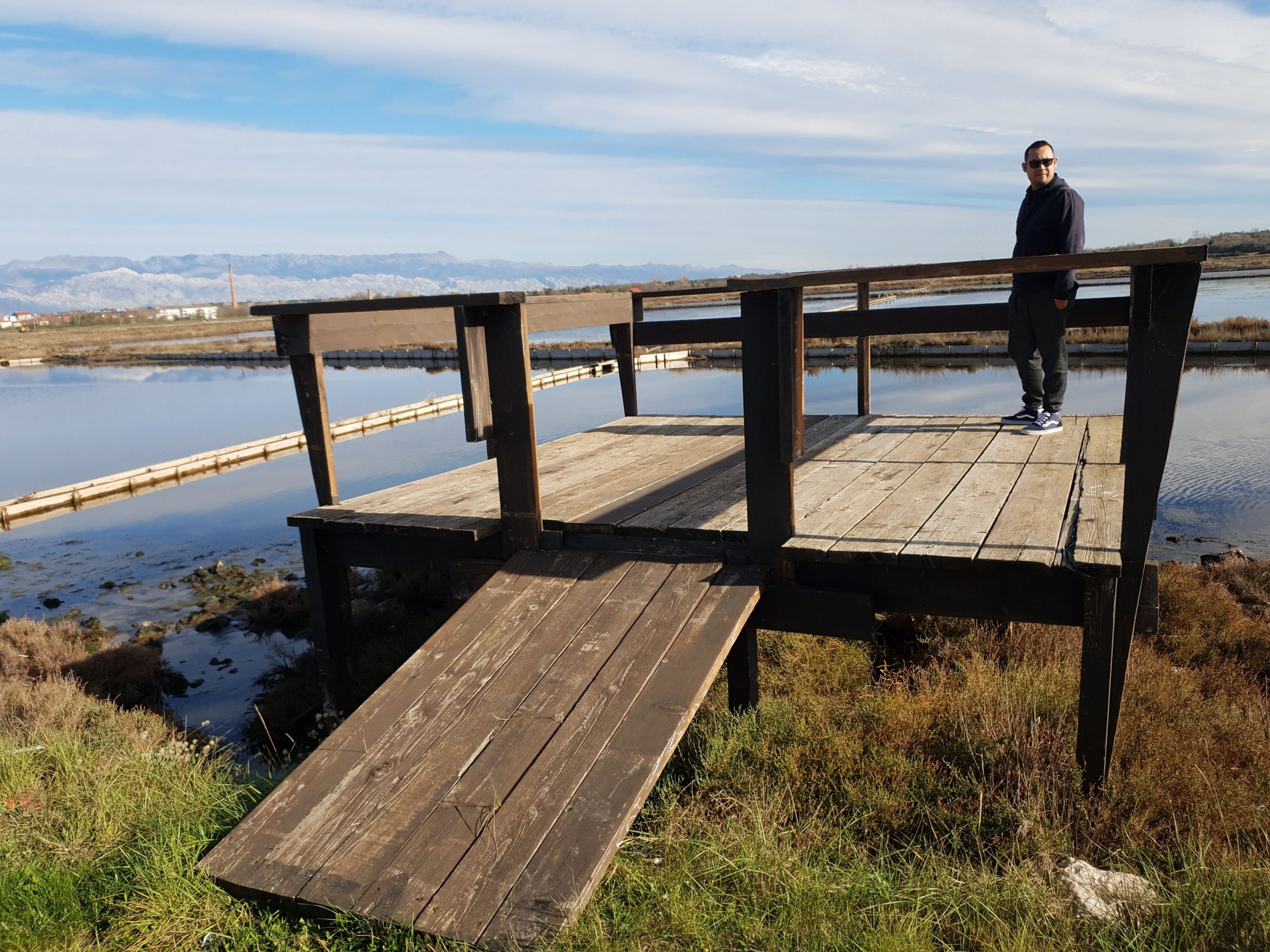 Floods effected the saltworks but they are back on their feet

House of Salt and Salt Museum

Now, with summer over and tourist crowds gone, slowly most of the activities are closing for the winter period, but Saltworks Nin is still the ideal place to visit even in the winter. The saltworks offers so much for their guests. Even though there is no production to see at this time of the year, there are so many other things to do and see, such as visiting the House of Salt, a unique exhibition area where you can enjoy learning more about salt production with the help of some modern devices, including a model of the Saltworks and a video wall. 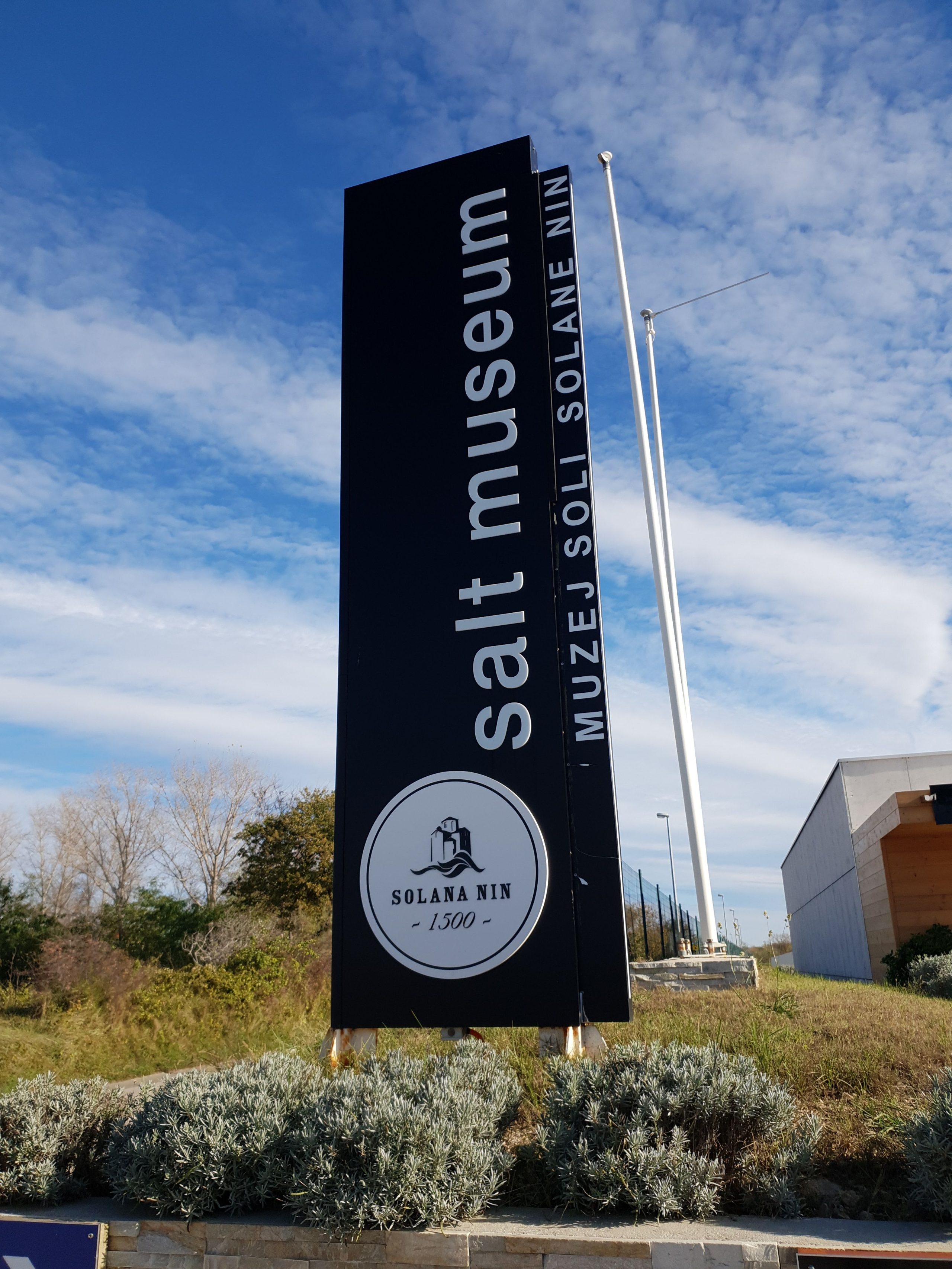 In the House of Salt, you can also check out some old tools, and some that are still in use for salt production even today. Models of workers in the middle room show us how workers looked like 50 years ago. How the workers looked 50 years ago

Saltworks Nin has existed as a company since 1954 when its CEO was Krešimir Zanki. Today the Oštrić family is managing the huge natural complex and they are proudly continuing with the traditional salt production. The Saltworks Nin brand is today recognizable and makes the place unique, products made with salt are of high quality. Also, it is important to point out that all that products are handmade. The wall with workers names on it gives them eternal respect for all that they did for that company especially the older generations. Just a little history reminder, salt was extremely important in the time of the Venetians and Romans, so many wars happened because of salt and it was treated like white gold. Roman soldiers were sometimes even paid with salt and that is how the world ‘salary’ originated.

This place is not just a factory, it is extremely important in our history, both locally and globally. An extraordinary place where so many marriages started, the energy that just attracts you to get back there once you’ve visited that place. 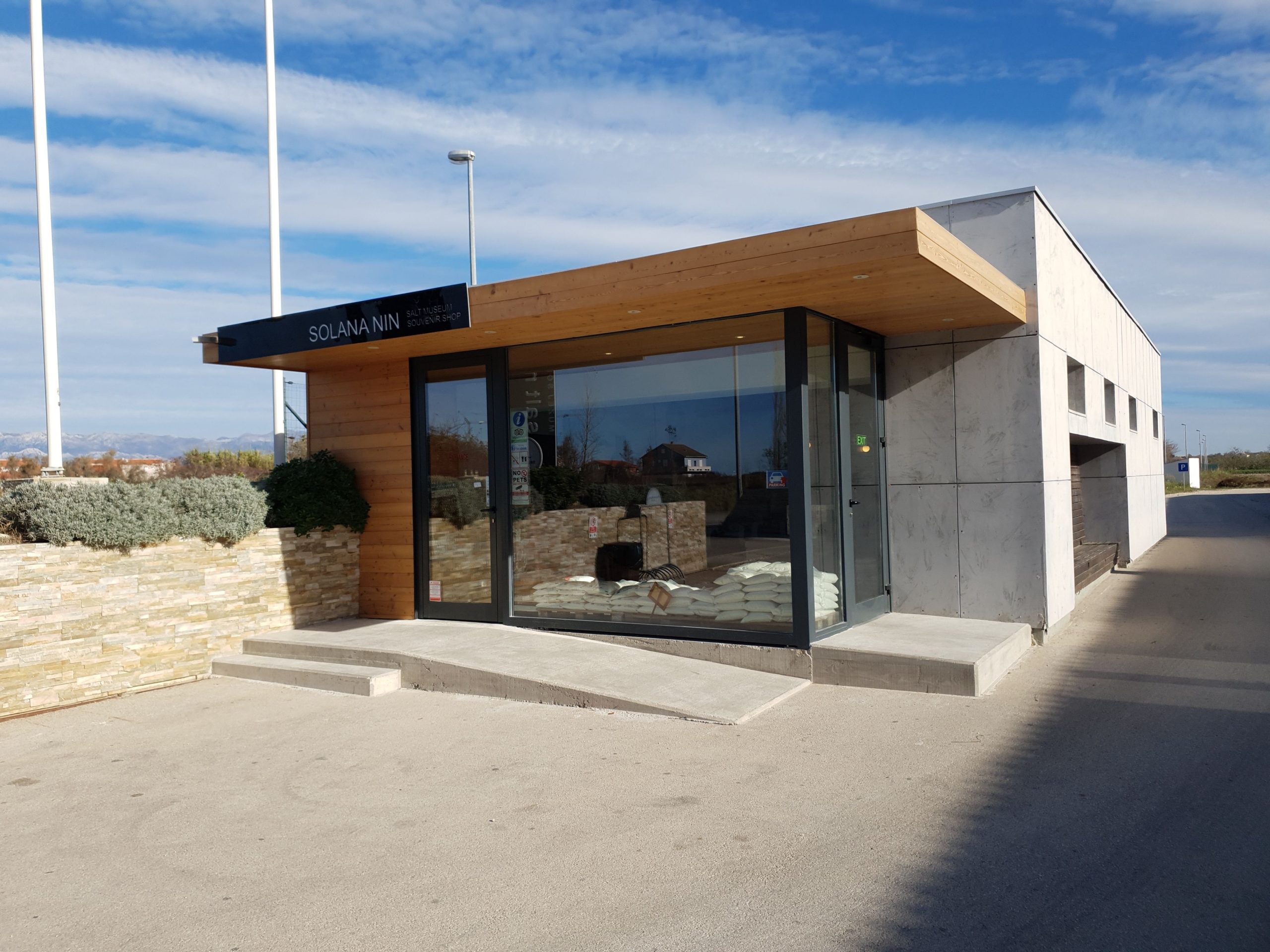 The Salt Museum is the Saltworks’ gift shop. On every corner there many delicious products and old photos. You can not begin to imagine what can be made with salt. 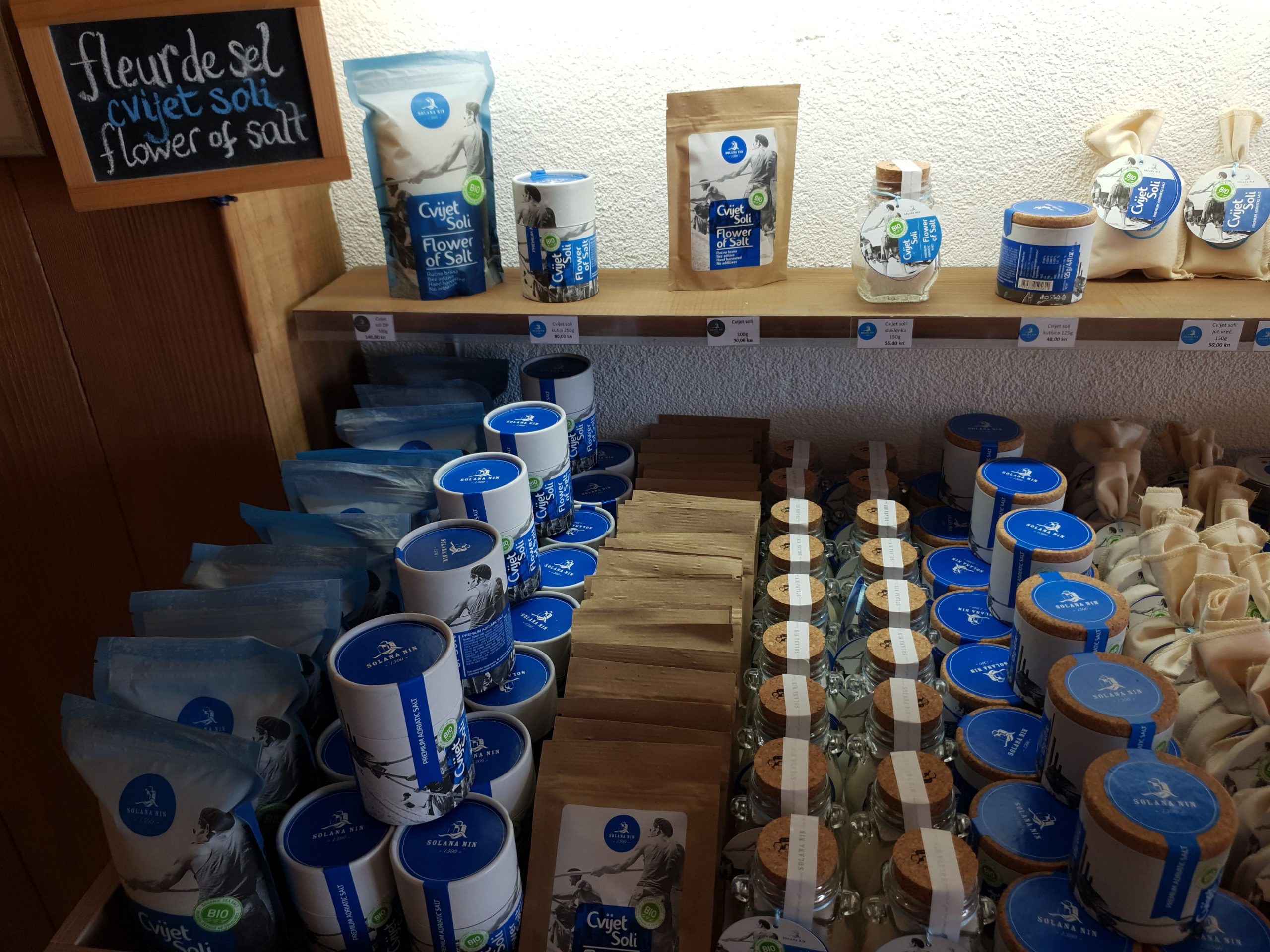 Products in the shop

Chocolate with salt, cheese with salt, caramel lollipop with salt, olive oil with salt, natural cosmetics with salt, an endless list of things where you can combine salt as the main ingredient resulting in a range of super great products. More products in the shop 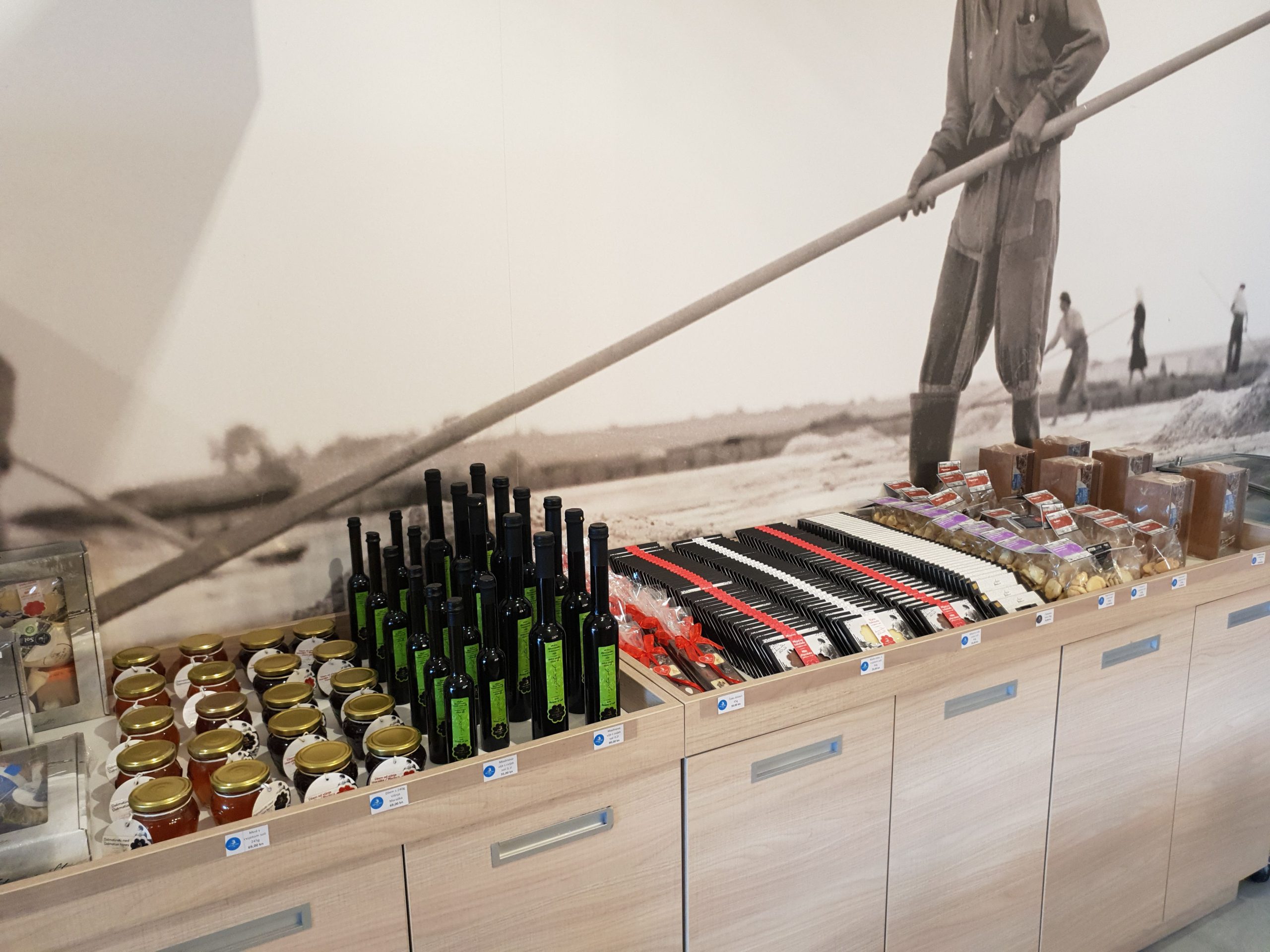 The natural production of salt is simple, but also delicate, it requires a lot of knowledge. How does it happen? We will describe for you in a few steps. There are five stages of evaporation and every stage is special, the fifth one, crystallization, is where the salt is ready to be collected.

Fleur de sel, the flower of salt is the most valuable salt, with exceptional nutritive values that makes it different from all other types of salt. 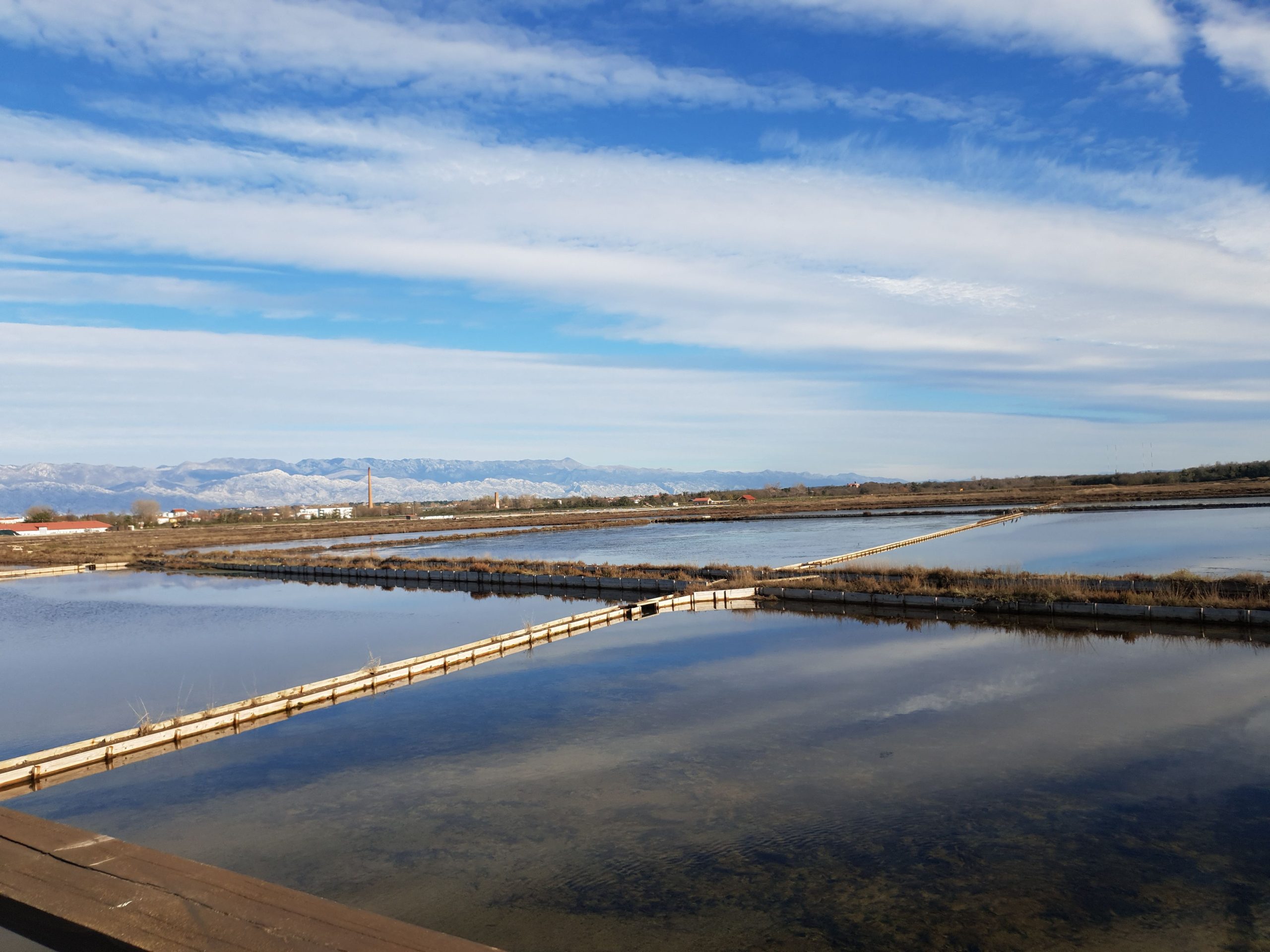 We are talking about a full biological and ecological way of production, and the key component is the weather. Wind, sun, heat, all those things are so important in producing salt. The production starts in the summer and lasts till the end of the summer. Every year the weather determines how much salt will be produced. Amounts are ranging from 3,200 tons of coarse salt and between 14-20 tons of flower of salt, the caviar of salt. Some of the tools used on display

Roman remains on the salt pans show the presence of ancient cultures. A Roman floodgate in the middle of Saltworks Nin proves that the Romans were present there and the importance of salt production in that time.

Saltworks Nin is also a bird watching spot. More than 200 species have been spotted. The most famous is the black-winged stilt. Every summer, thousands and thousands of visitors come here to see that remarkable natural process. There is nothing more healthy than breathing the fresh air from the Velebit mountain range and indulging yourself in the natural sea salt process, so don’t overthink it, just visit Saltwork Nin, you will feel great and learn so many new things about salt and we bet you’ll come back again. 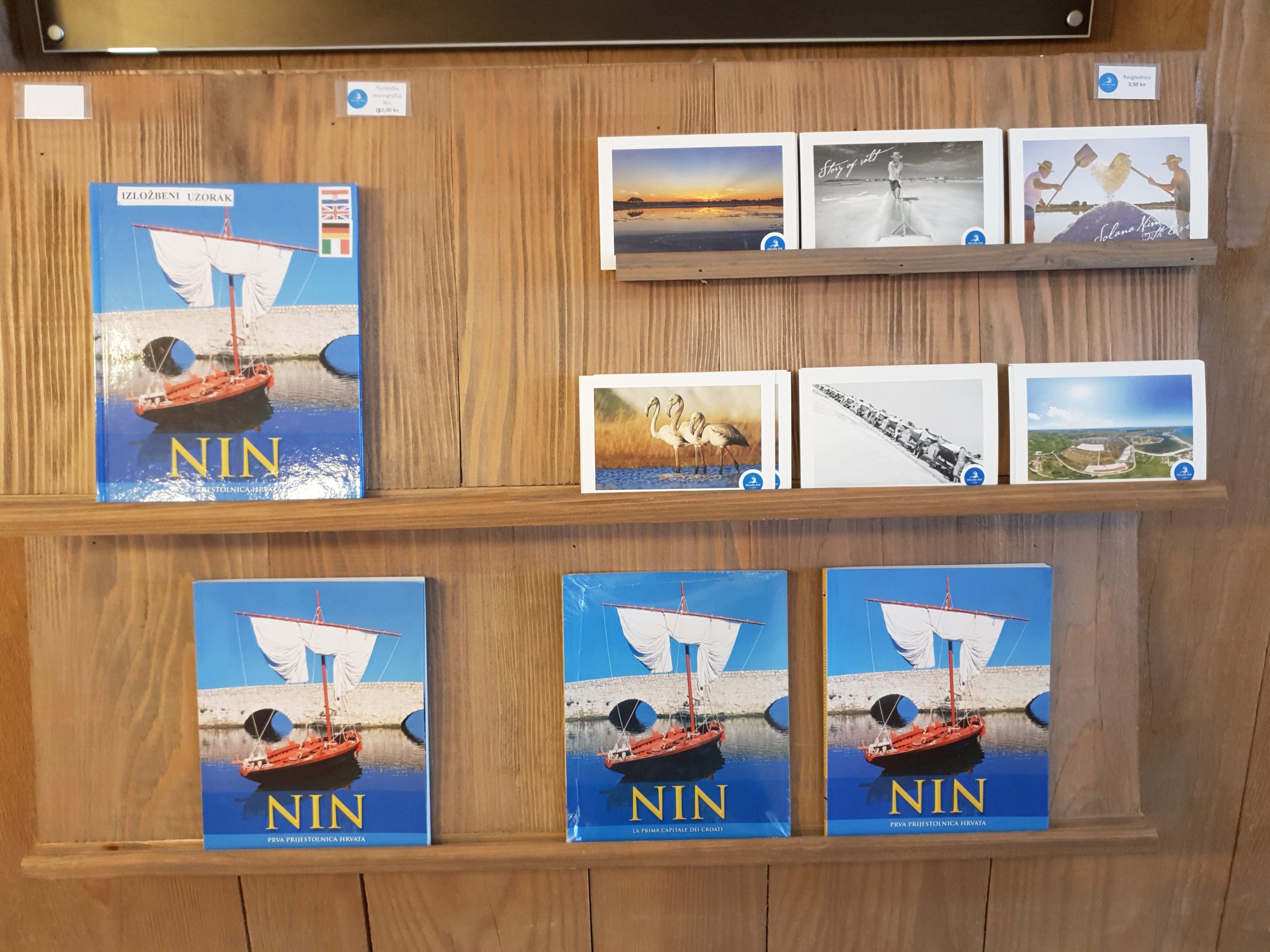 Christmas will arrive very fast, if you are thinking about choosing a nice and unique present to give away to your beloved one, we can definitely suggest some of the original products from Saltworks, absolutely made with love and care. 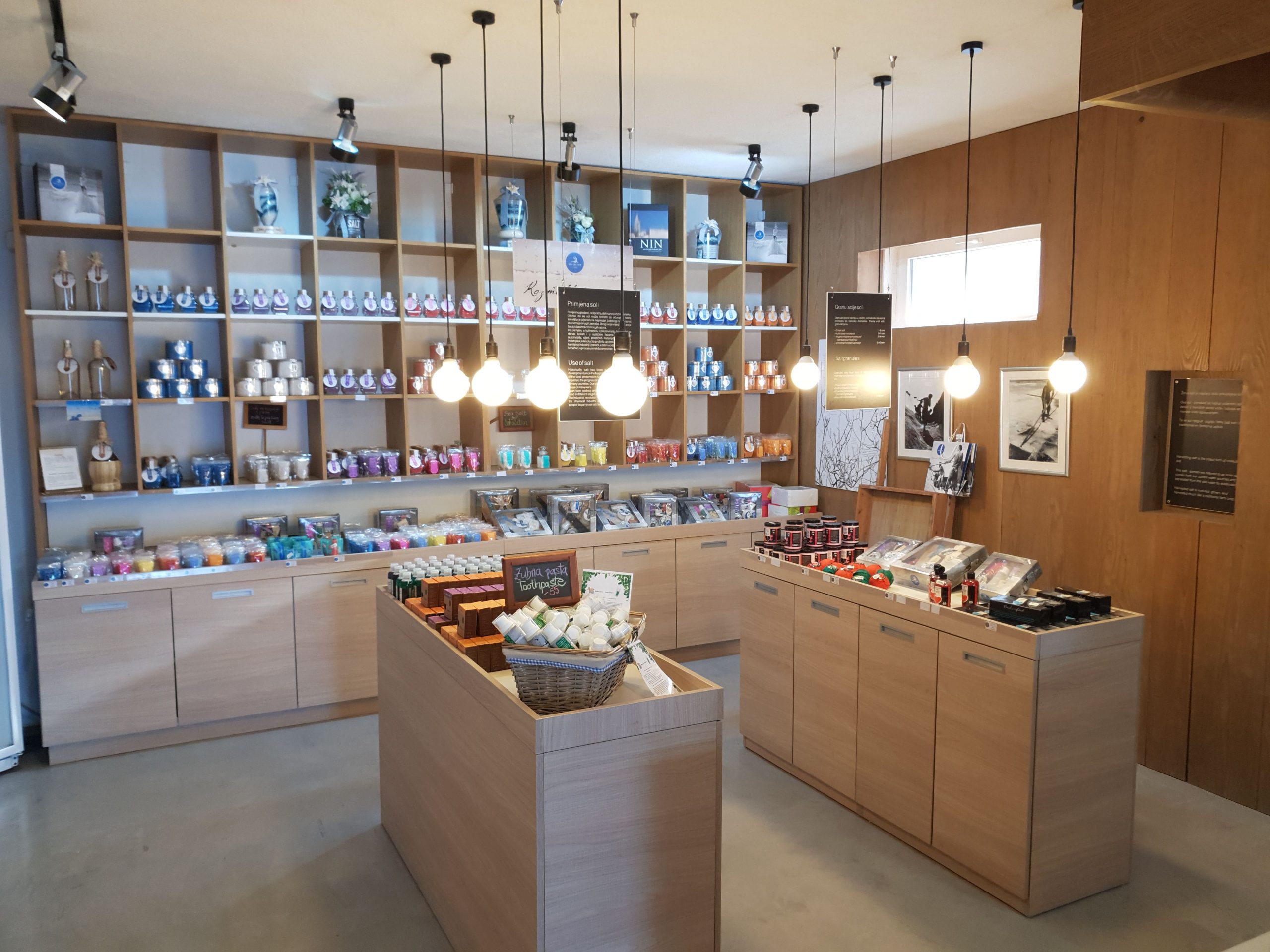 You can find more details on the website here. 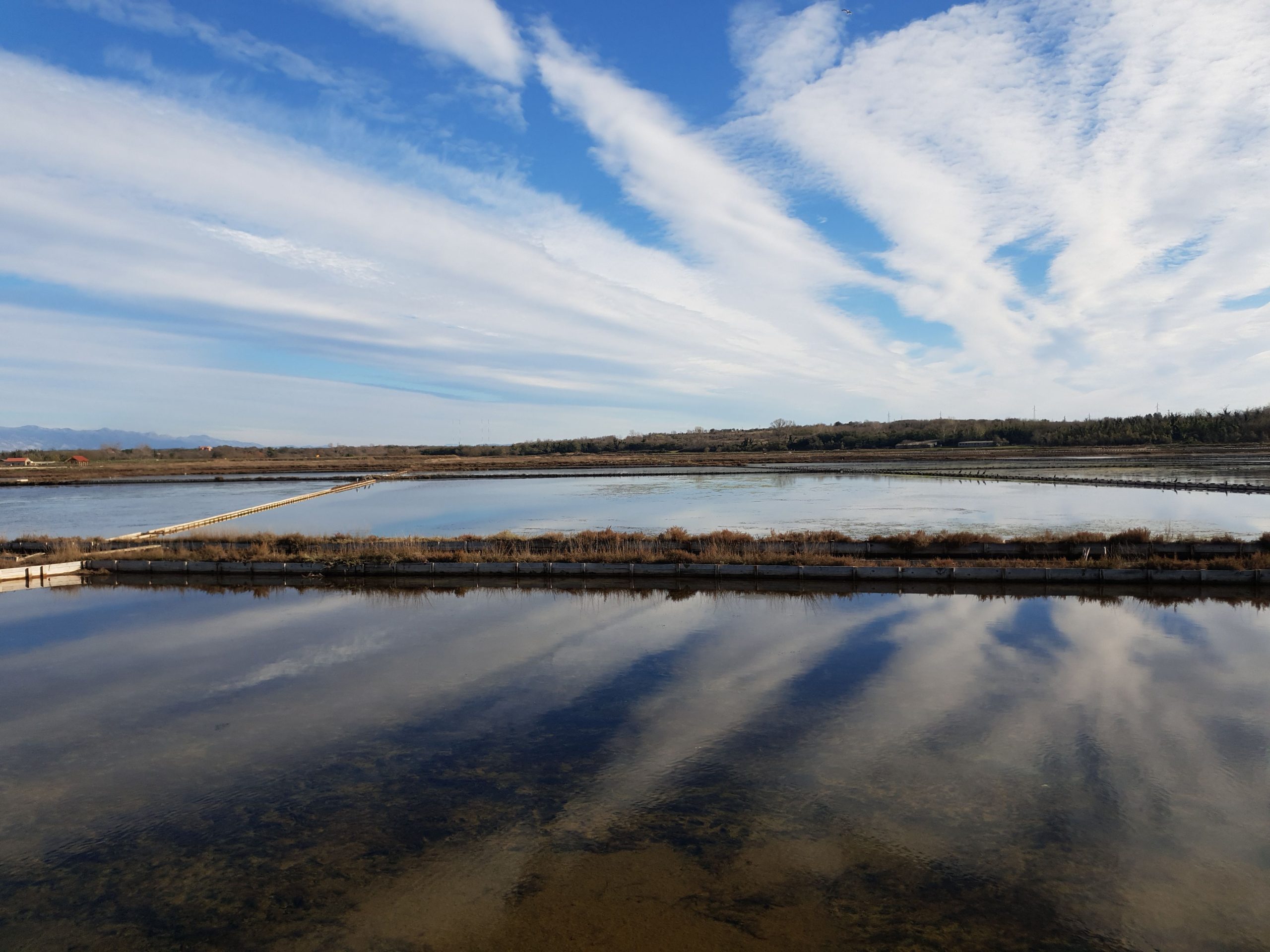