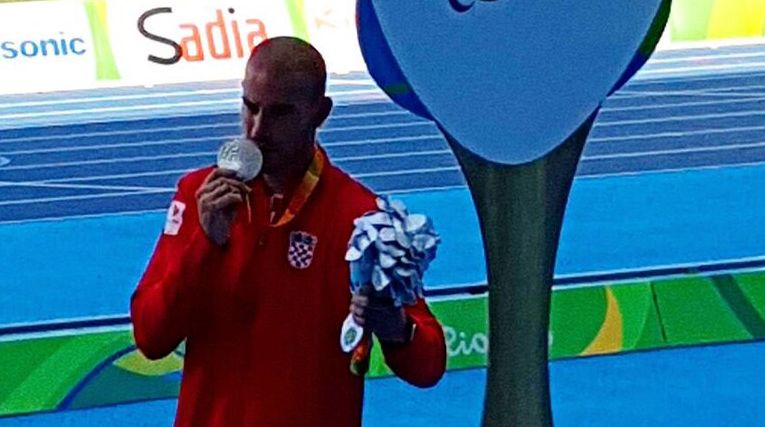 Zoran Talić (26) has claimed the silver medal in the men’s long jump event in Rio on Sunday after jumping 7.12 metres.

Talić, who also won the silver medal at the 2012 Paralympics in London, took the lead in the event with his first jump, but had to settle for silver after Malaysia’s Abdul Latif Romly jumped 7.54 metres with his second jump to set a new world record.

The Croatian receives his medal in Rio (photo: paraolimpijac)

Velimir Šandor claimed Croatia’s first medal of the Games when he won the bronze medal in the discus event on Thursday. Croatia first took part in the Paralympics in 1992 in Barcelona and now have won 3 gold, 4 silver and 9 bronze medals since then. Croatia’s team in Rio is made up of 19 athletes.