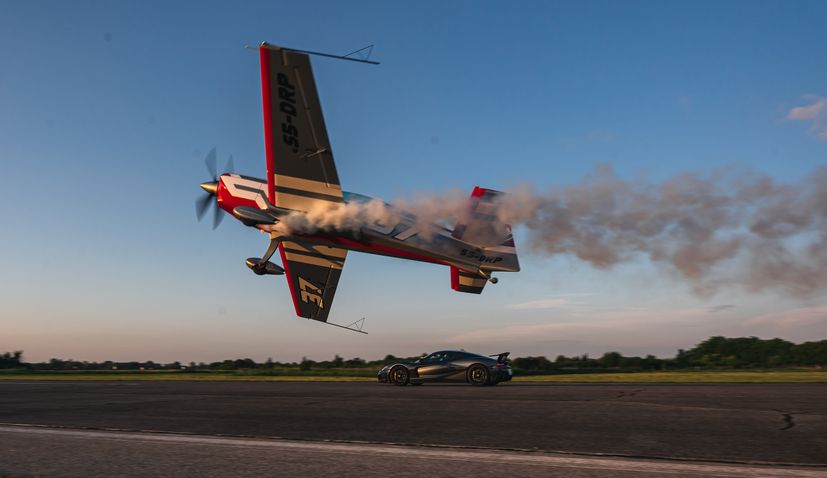 As part of a three-day meeting of supercar owners held in the Croatian city of Varaždin this weekend, a real spectacle took place at Varaždin Airport.

Namely, the Croatian-made Rimac Nevera electric hypercar and an aerobatic plane raced on the airport’s runway.

Despite the extremely strong and unfavourable wind that disturbed both the driver of Nevera and the pilot of the plane, the experienced helmsmen prepared a twenty-minute show for about 300 spectators who managed to get a ticket for today’s spectacle.

In a great battle in which both the Nevera and the plane reached speeds above 350 km/h, the final and convincing victory went to the Rimac Nevera hypercar developed in Sveta Nedjelja.

“I didn’t see who was faster,” joked the plane’s pilot Peter Podlunšek, a well-known Red Bull acrobatic pilot with more than 10,000 hours of the most demanding flights.

This was not his first duel with supercars, but it is the first time someone has beaten him. 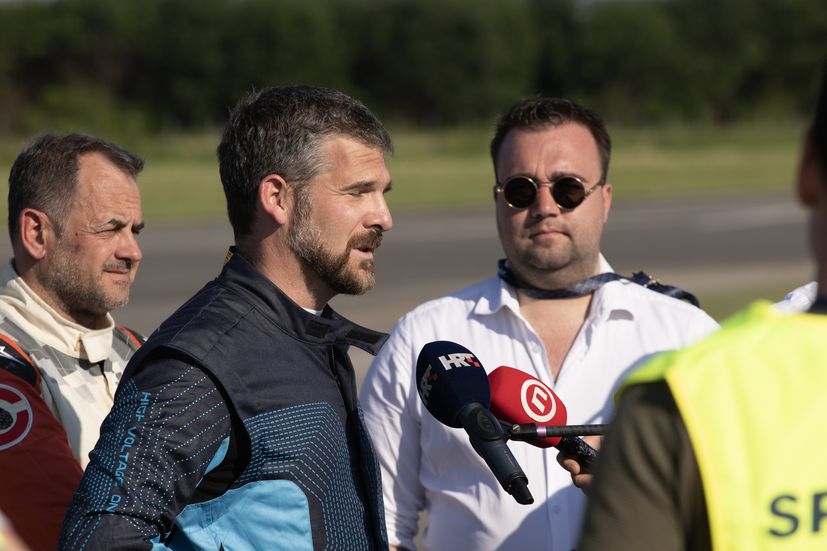 Miro, better known as Mrgud, today drove not only the race, but also the acrobatic part in which the plane flew upside down above the Nevera. 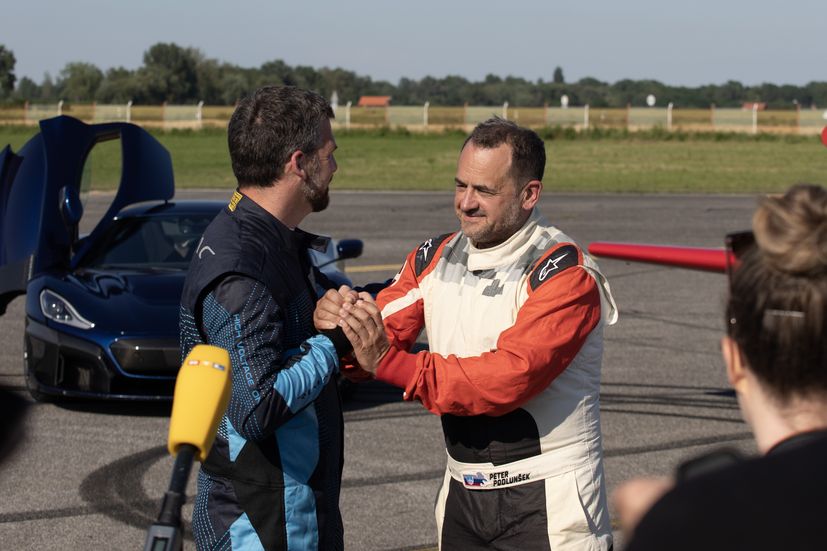 Show heading to Pula and Osijek

“Peter is a top pilot and today he really needed to have top knowledge and experience. Acrobatics is dangerous in itself and we had to have full confidence in each other, and I am glad that we succeeded in acrobatics in the first attempt,” said the winner of today’s duel Miro Zrnčevic.

Today’s spectacle is part of a three-day meeting in which a man from Varaždin, otherwise a fan of top cars, decided to bring expensive cars to his hometown, which we do not see very often on the streets. 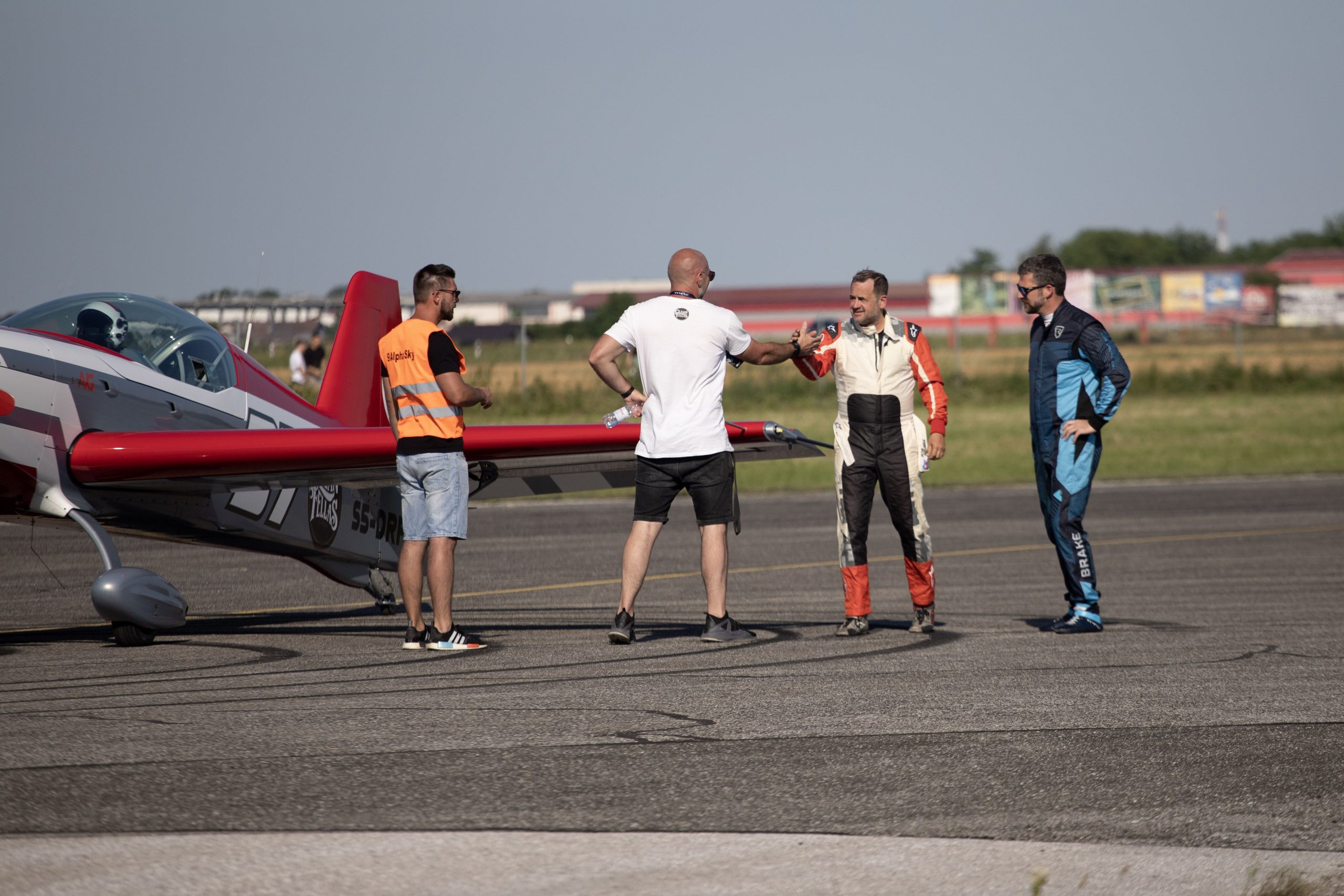 Today, Rolls-Royces, Bentleys, Jaguars, Porsches, and Maserattis drove through Varaždin, and the highlight of the day was the arrival of the Rimac Nevera and the arrival of as many as two copies of the electric hypercar. “My vision is that even smaller cities can be centres of top car events. I am glad that this meeting was recognised by our friends and partners from many European countries, so the owners of these cars come from Switzerland, Italy, Germany, Slovenia…,” said Krešimir Mostarčić, the main organiser of today’s spectacle, adding that similar events called FLY OVER by CleanFellas will be held in Osijek and Pula. 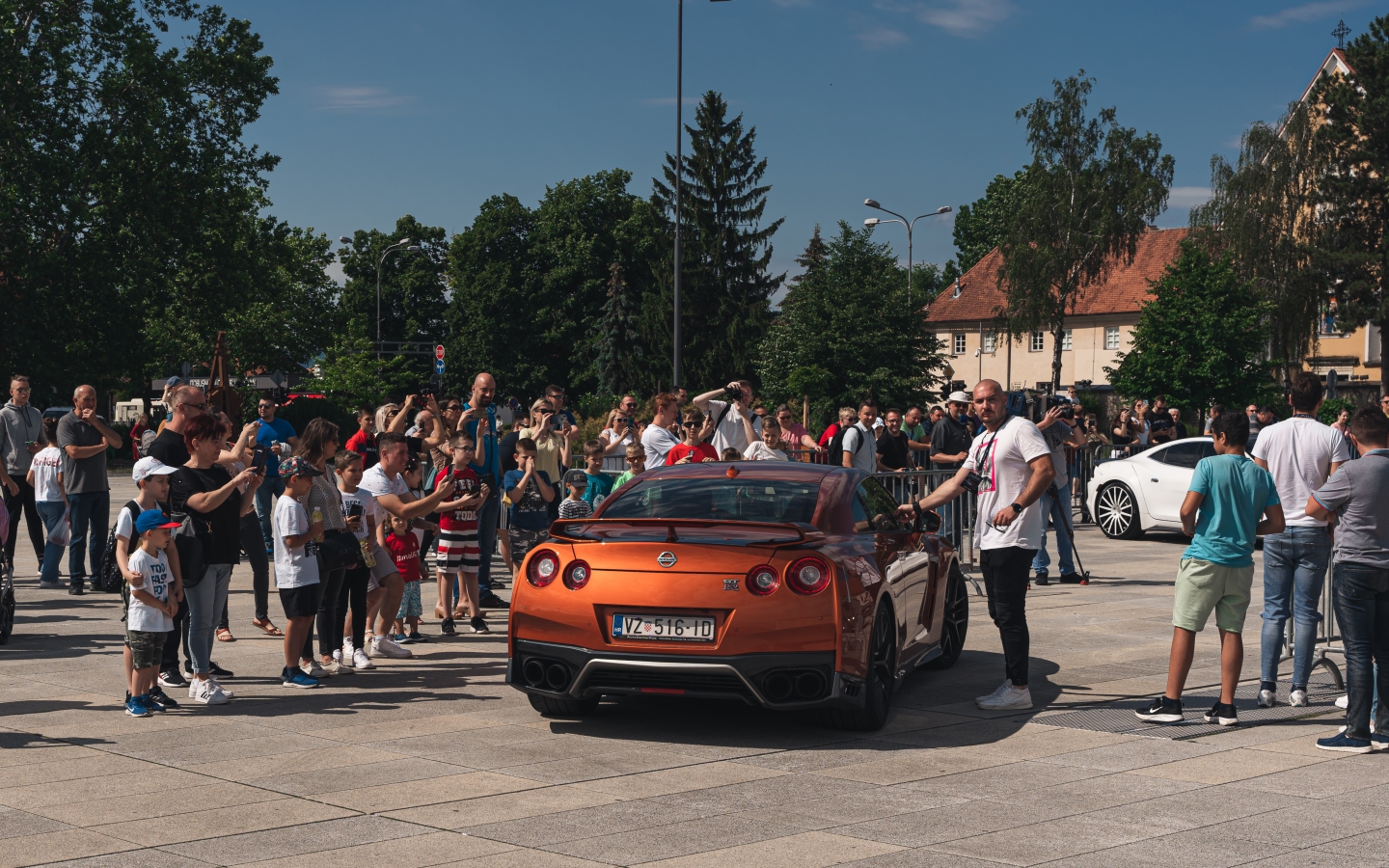 However, he would not reveal who will compete with whom there.