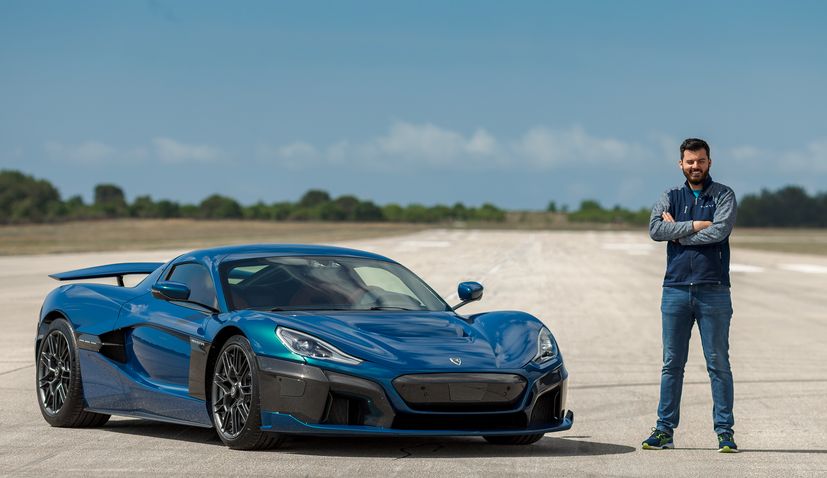 Both the Nevera – the brand’s all-electric hypercar – and Mate Rimac – founder and CEO of Rimac Group – each collected honours at this year’s Car Awards from the leading global luxury lifestyle magazine.

The Rimac Nevera has been named the ‘Hypercar of the Year’, as judges admired the Nevera’s unrivalled performance, commenting:

“The Nevera is a physics-redefining electric hypercar that delivers so much raw power and pure excitement that we were tempted to give it more than one award. So we actually did.”

GQ also named Mate Rimac as its ‘Pioneer of the Year’, adding:

“Not only is he the Elon Musk it is cool to like, he has also defied mainstream automotive expectations to create an EV company that in just over ten years has disrupted the manufacturing status quo to win over the biggest names in electric car production. Oh, and he also built one of the most exciting hypercars the world has ever seen.”

Independently verified as the fastest accelerating production car in the world, the Nevera is re-writing the automotive performance rule book, and leading the charge of electric vehicle technology.

Mate Rimac has overseen the extensive in-house development of the Nevera, as the new hypercar is soon to make its way into the hands of new owners across the globe. “But Nevera is about so much more than speed. With the largest battery pack ever fitted to a production car, it can travel 340 miles on a single charge. With in-house-developed Rimac All-Wheel-Torque Vectoring 2 it’s as agile as it is fast, and with electrically adjustable dampers and active aerodynamics it’s comfortable and quiet on a cruise, and a performance machine on a track,” Rimac said earlier.