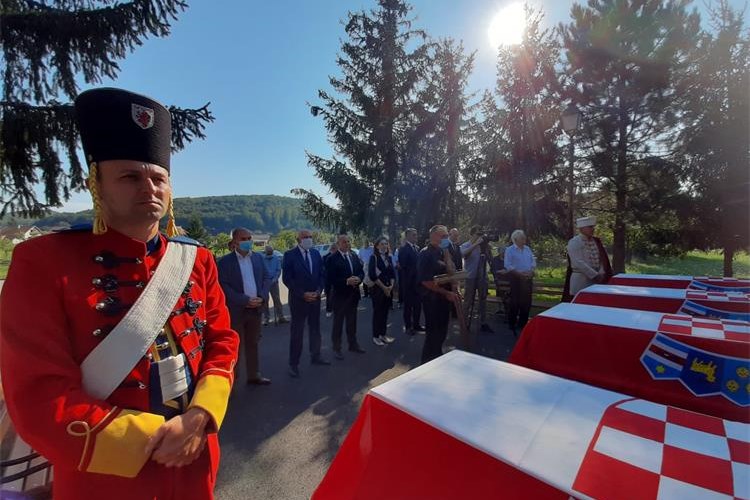 ZAGREB, Sept 13 (Hina) – The remains of 15 civilians, killed on 12 September 1946 on the order of the OZNA communist secret police because they were Croats, were buried in Otocac on Saturday, where Veterans Minister Tomo Medved supported the construction of a Croatian cemetery at Krbavsko Polje.

The remains of the 15 civilians were exhumed in 2013 from two mass graves near Otocac and temporarily buried at the Otocac cemetery. This past July 30, the Veterans Ministry re-exhumed them after DNA analysis undertaken to establish their identities. Twelve of the victims have been identified. Ten of the victims were men, five were women, and they were aged 20-40.

More than 1,000 gravesites have been registered in Croatia and 60 locations have been researched over the past four years, with the remains of those killed during and after WWII confirmed at 42 locations, Medved said. 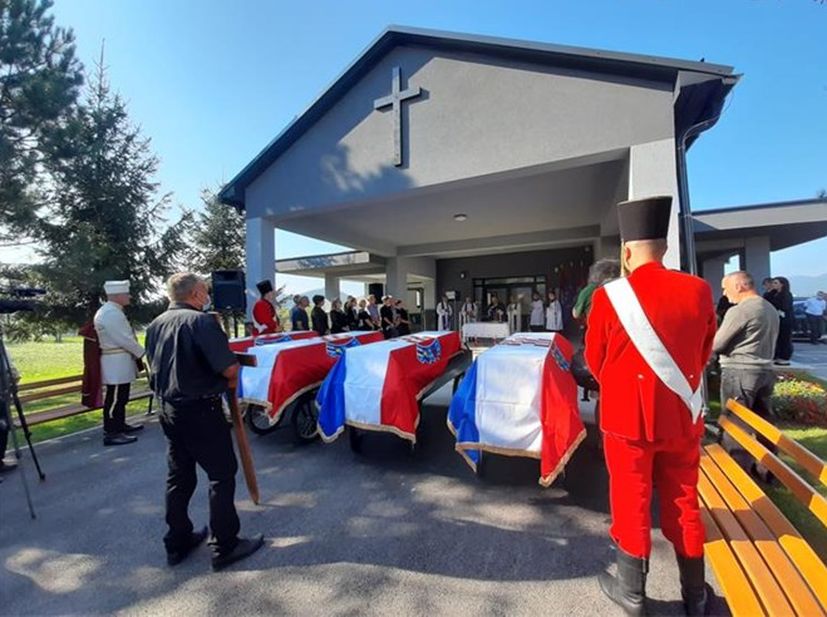 “We have exhumed 102 persons at Tuskanac, 294 at Gracani, 82 at Macelj, 25 near the Faculty of Teacher Education in Zagreb, 130 at Brdovec, 30 at Zagvozd, ten at Visnjica, many from smaller graves, and we have exhumed the remains of 814 persons from the Jazovka pit,” he added.

The minister said significant results had been achieved in tracing the remains of persons killed during and after WWII in Lika-Senj County, with the remains of 74 exhumed so far.

The minister said the objective was to bury the remains of all victims in a dignified manner.