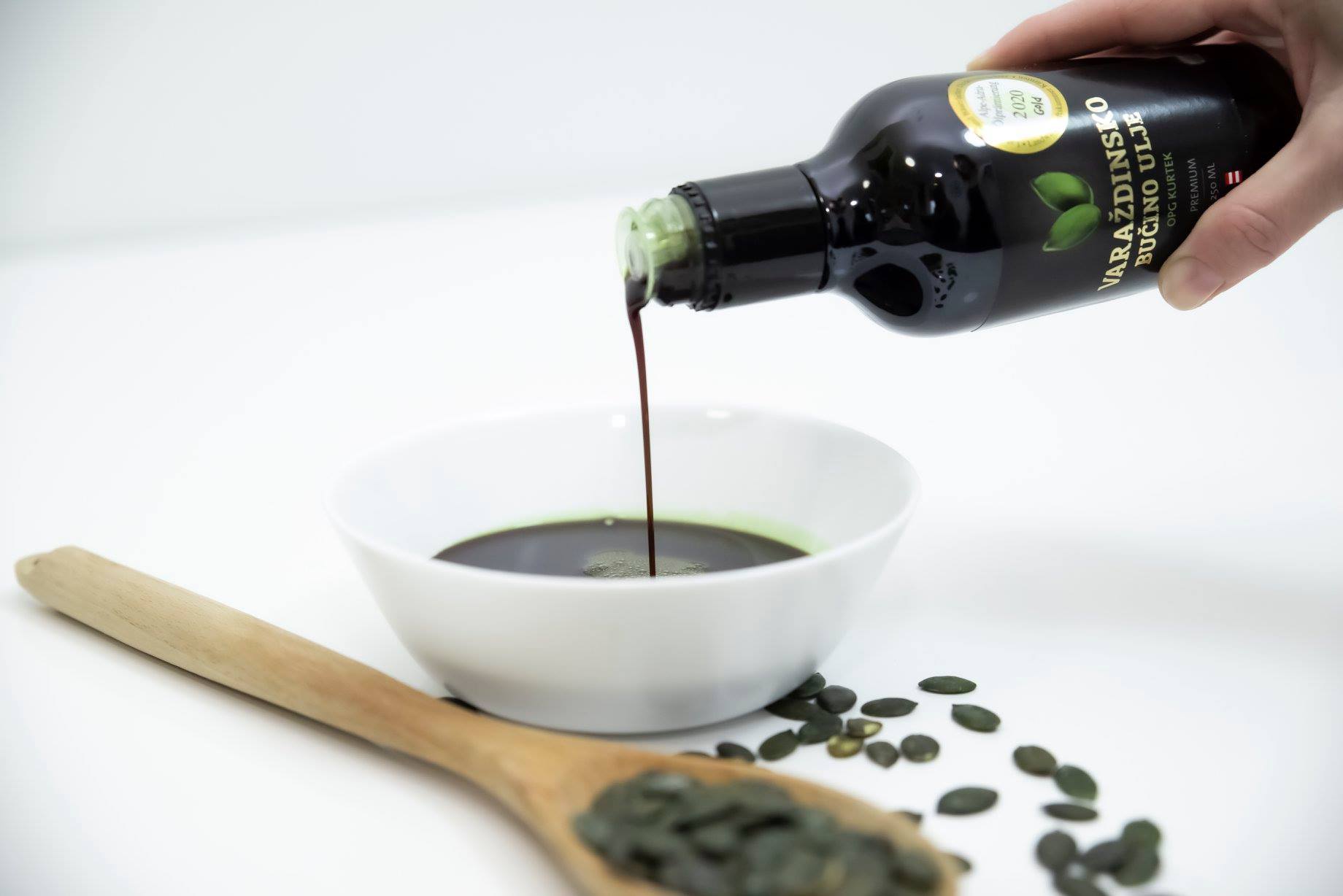 “Having quality at such a high level in the EU is something we can be proud of,” Branko Vidaček from OPG Vidaćek told HRT. 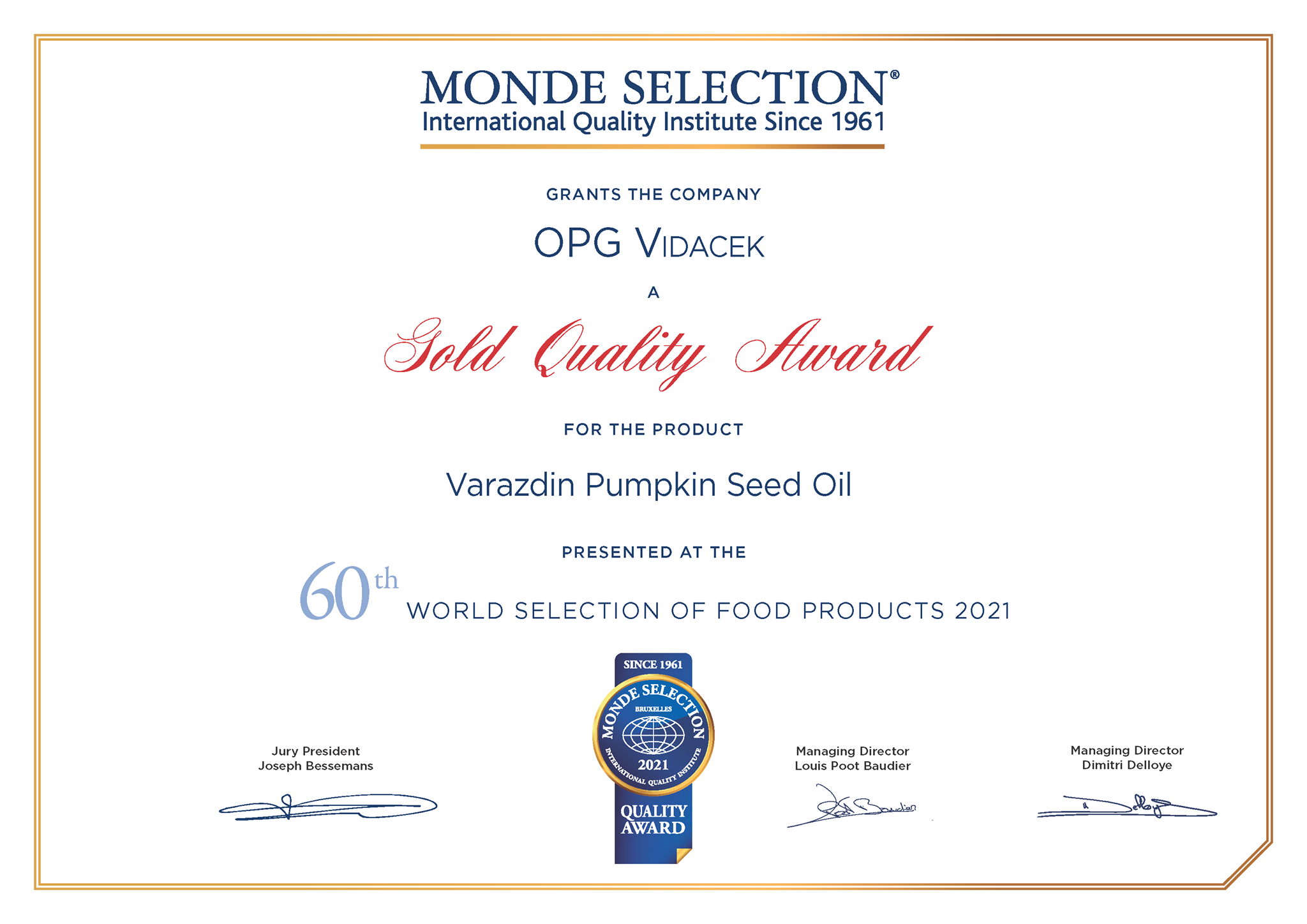 The oils were judged in Brussels by Michelin-starred chefs and members of the French Culinary Academy.

“We have been doing it (producing pumpkin seed oil) for more than 20 years, it is more like a hobby for us, but something more comes out of the hobby,” said Stjepan Kolenko from OPG Kolenko. 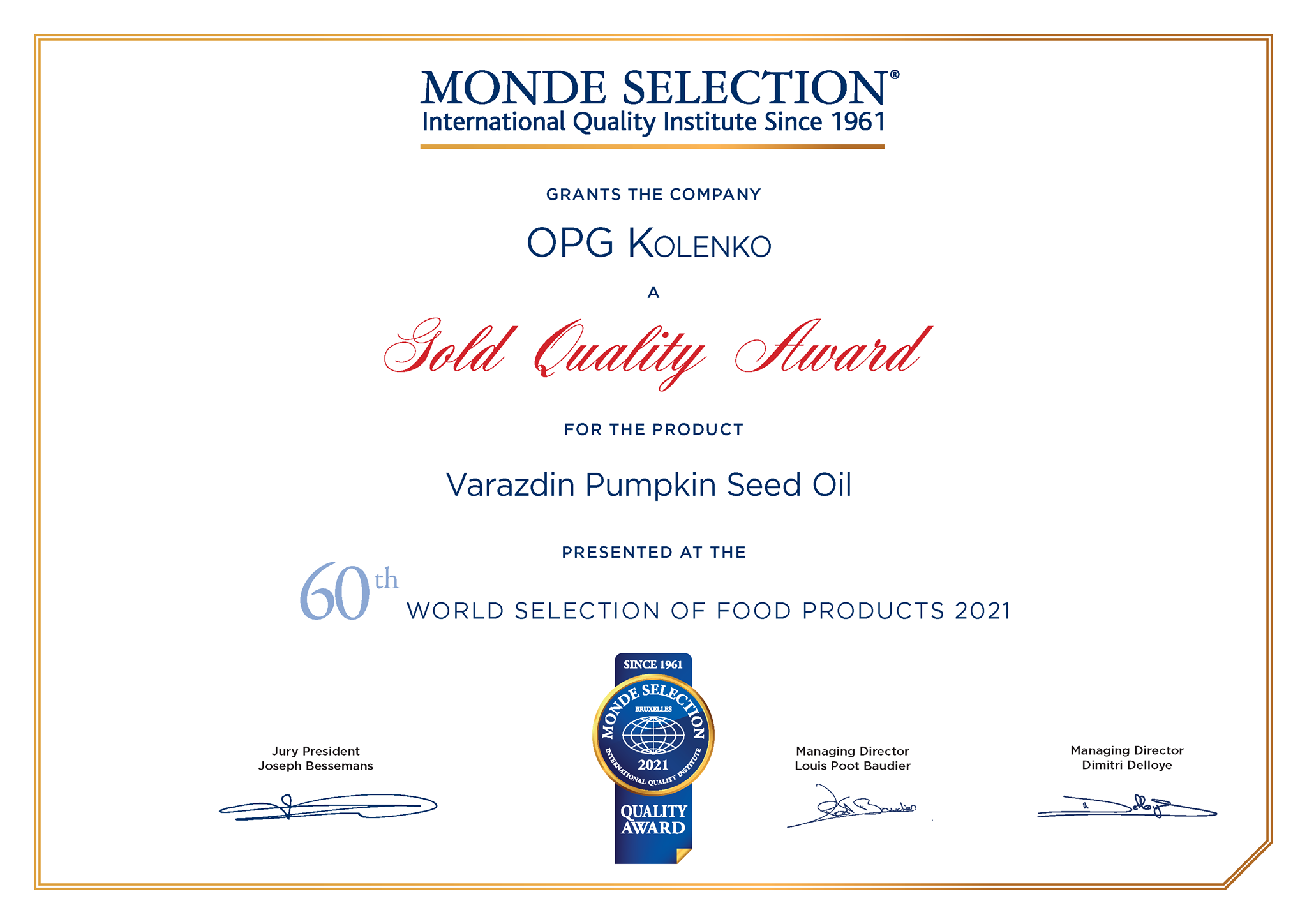 The formula is simple.

“It is our home-made pumpkin seeds, grown in our Croatian fields. It is of high quality because all agro-technical measures must be respected,” points out Danijel Patrčević. 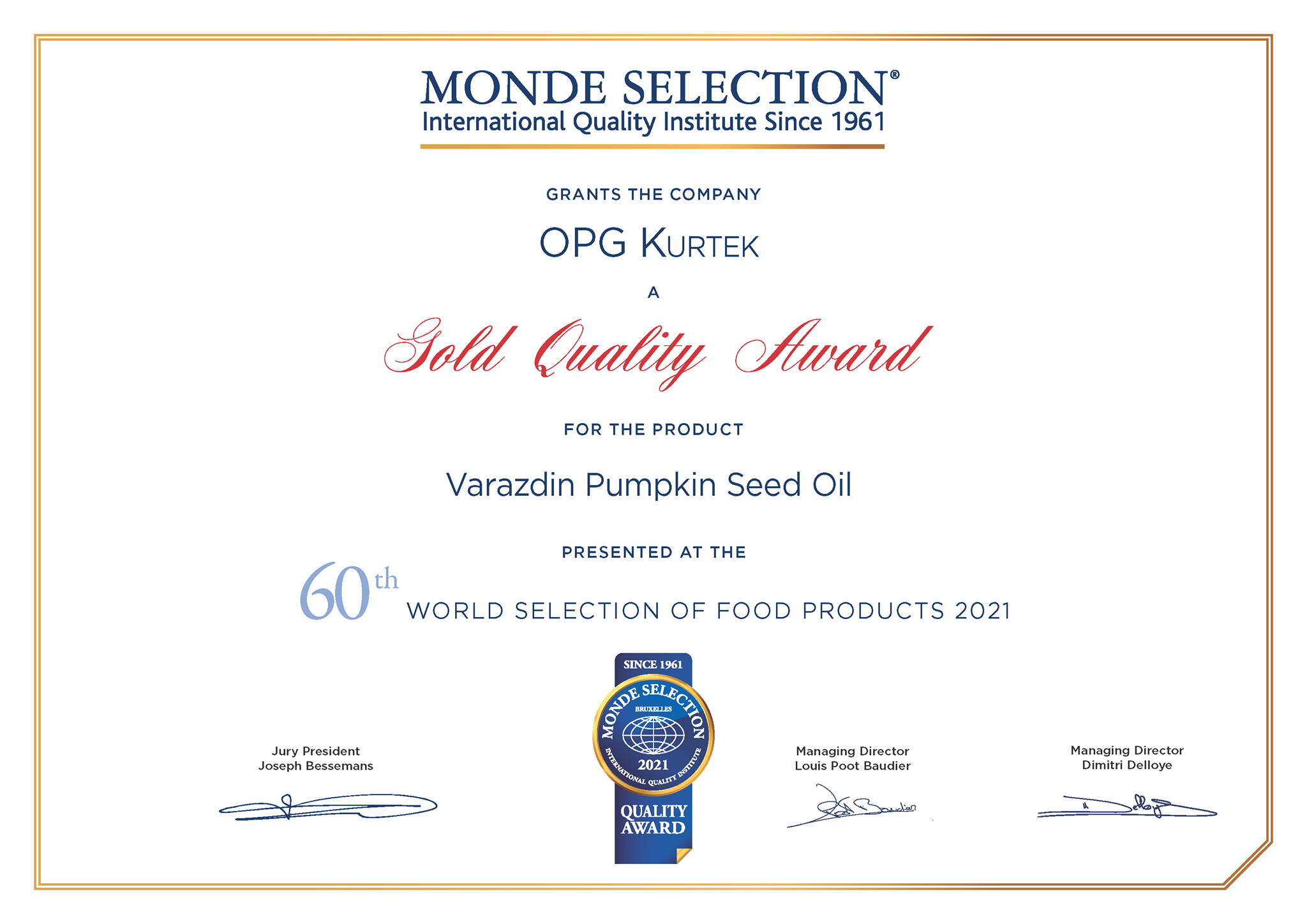 “It is a competition that cannot be compared to the likes of the Nobel Prize or the Olympic Games, but it can be compared to Michelin stars where quality comes to the fore,” says Dragutin Vincek, from the Administrative Department for Agriculture of Varaždin County.

Pumpkin seed oil from Varaždin is the first of its type protected in Croatia. 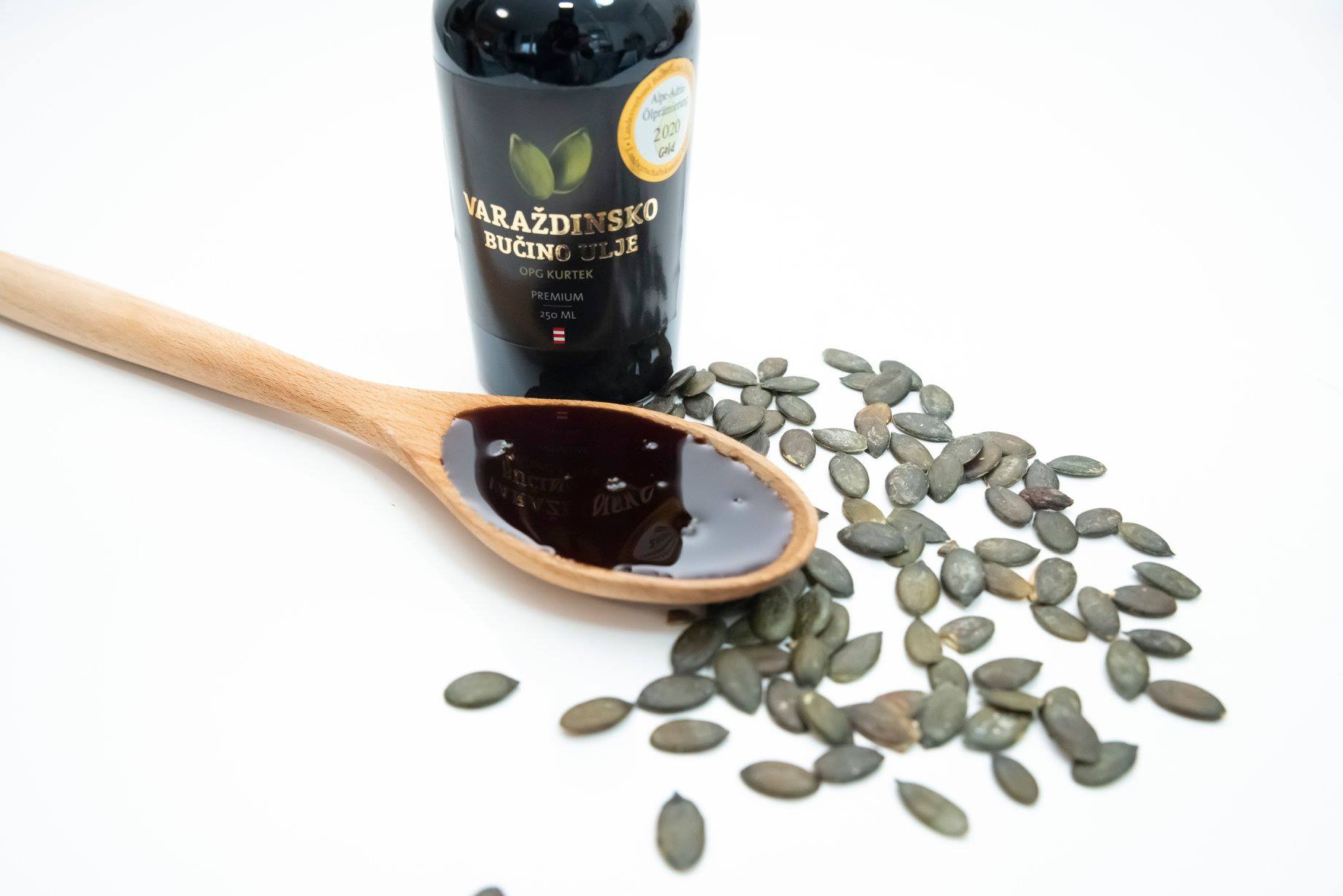 Monde Selection is an annual awards created in 1961. It is run by the commercial company, International Institute for Quality Selections, Brussels, Belgium.