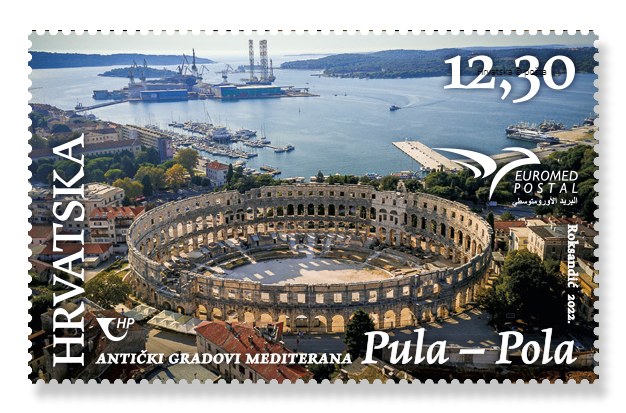 ZAGREB, 7 December 2022 – A postage stamp with the motif of the Pula Arena was declared the most beautiful stamp at a competition from the Association of Postal Operators of Mediterranean Countries (PUMed).

The award was received in the Egyptian city of Luxor on behalf of the Croatian Post by Gordana Demšer, Cultural Advisor of the Embassy of the Republic of Croatia in Egypt.

The postage stamp with the motif of the Pula Arena was created in cooperation with PUMed, and this year’s theme was the ancient cities of the Mediterranean. The author of the stamp with a nominal value of HRK 12.30 is Dean Roksandić, a designer from Zagreb. 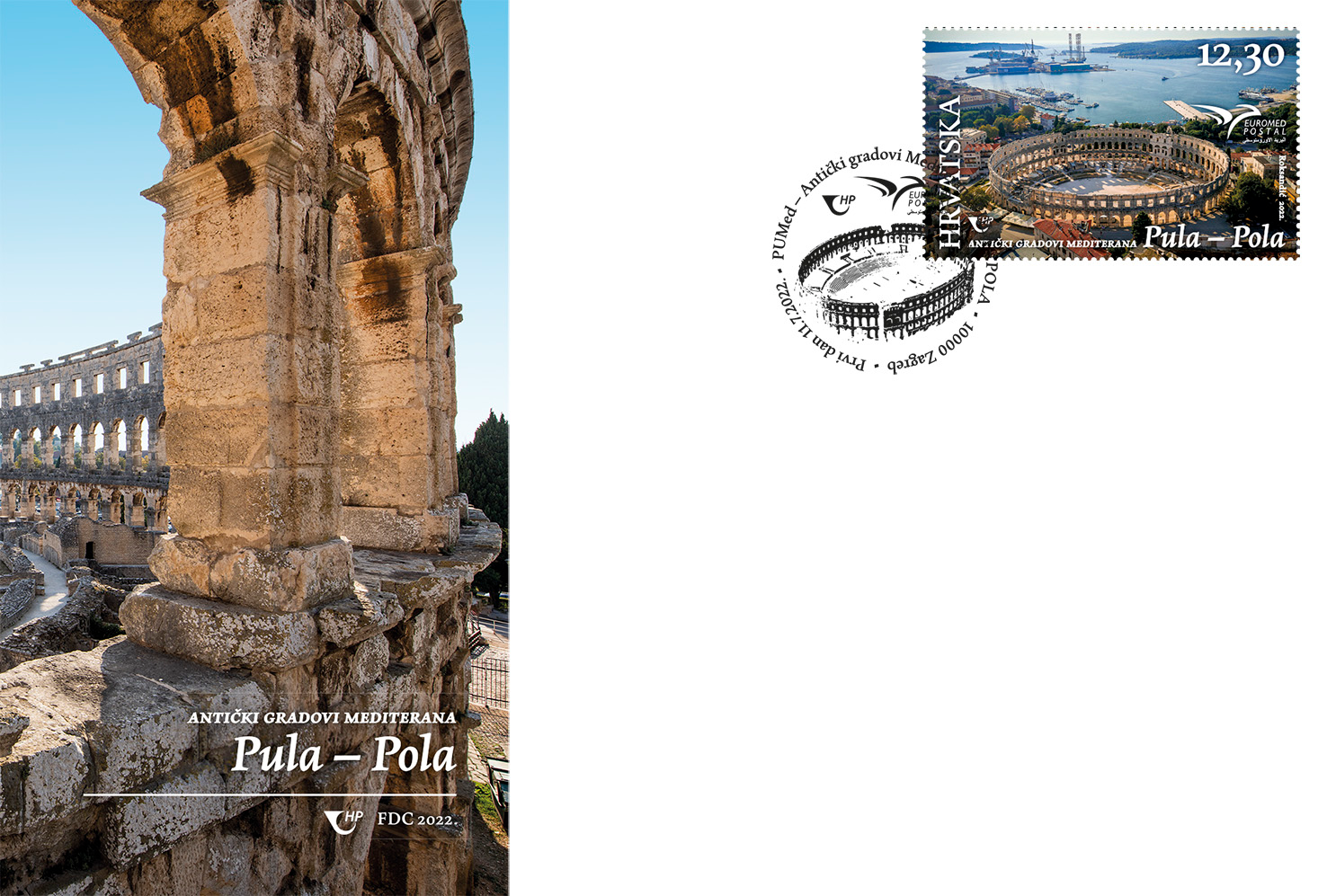 The print run of the stamp is 30,000 copies and was issued in a sheet of 16 stamps. Croatian Post also printed a commemorative envelope on the first day (FDC).

The Union of Postal Operators of Mediterranean Countries consists of 19 countries, and Croatian Post joined in 2015, when the first commemorative PUMed postage stamp with the motif of the Croatian boat bracera was issued. 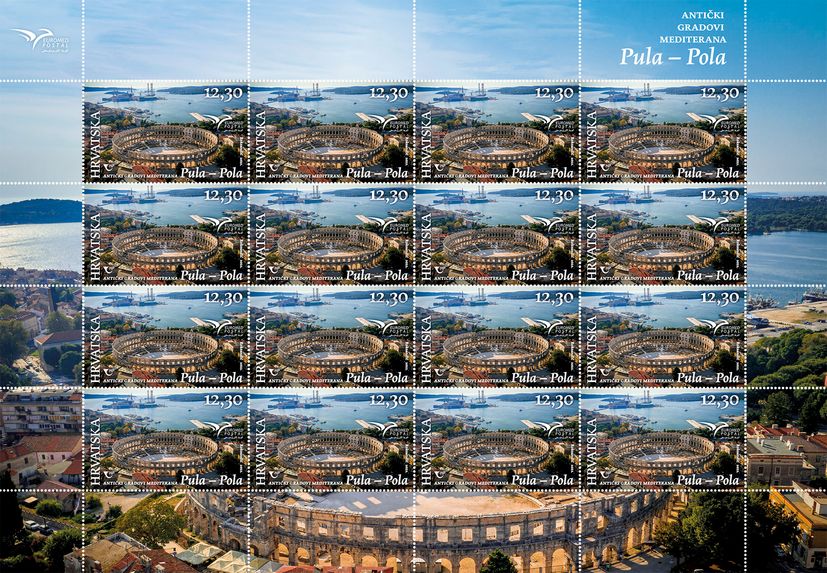 Since then, seven more postage stamps have been issued on common themes and with motifs characteristic of the Croatian part of the Mediterranean.

The first competition for PUMed’s most beautiful stamp was held in 2019, and Croatian Post then won third place with the motif of a children’s folk costume from Susak.