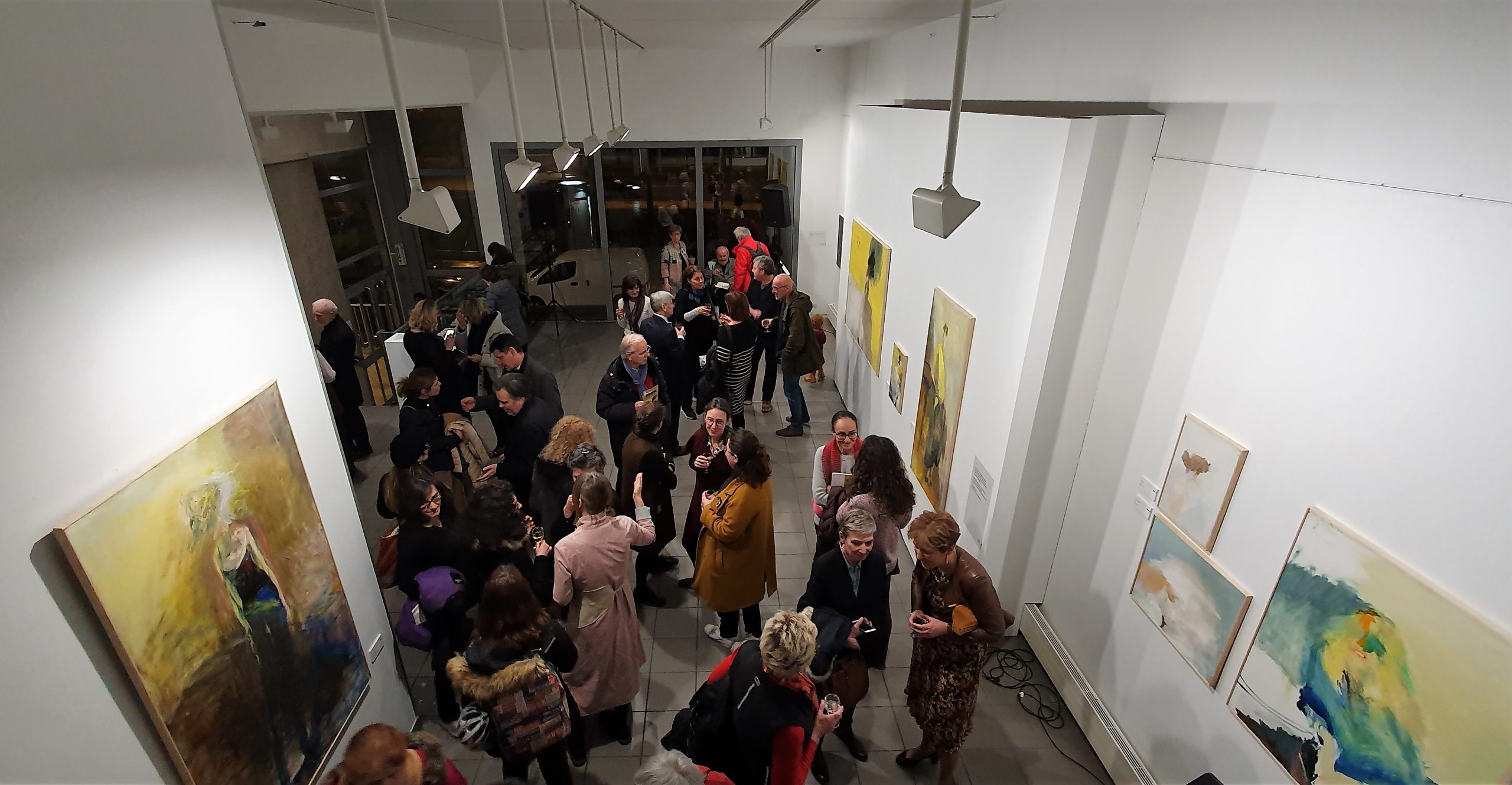 VERNISSAGE, 15 February, 2020 – A beautiful retrospective exhibition of Vlado Kristl (1923-2004), a Croatian painter, film maker and poet, is being held in Paris at the moment.

This two-week event is celebrating the Croatian presidency of the EU and promoting Croatia and its culture. The opening was of the exhibition took place on February 13th with participation of Croatian ambassador in Paris, Filip Vucak, Madame Nevena Tudor Perkovic – representing the Croatian Ministry of Culture, Madame Bénédicte Alliot, director of Cité Internationale des Arts in Paris, members of association AMCA-Paris and a number of visitors.

The art exhibition is called Vlado Kristl – Madeleine, Madeleine after his daughter Madeleine who lives in Paris. It has been organized by AMCA-Paris, the association of alumni of Croatian universities and in partnership with the Museum-Museo Lapidarum from Novigrad in Istria, Croatia. It has been sponsored by the Croatian Ministry of culture, Ministry of foreign and European affairs and by the National Office for Expatriated Croats. 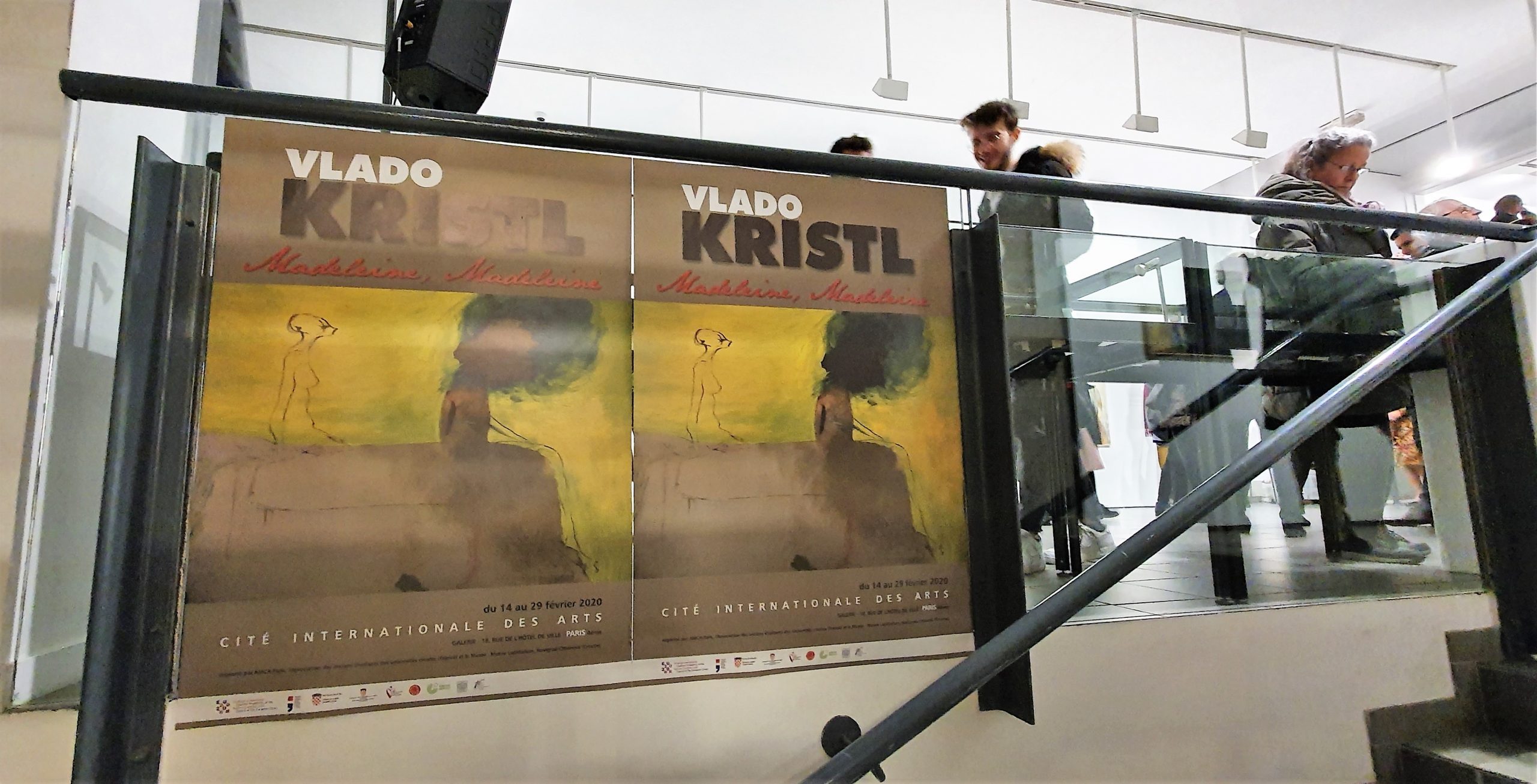 Vlado Kristl is one of the most significant artists from the 20th century in Croatia & Europe. As a deeply unclassifiable and multidisciplinary artist, he has always been considered as a person of strong personality, a person who deeply marked the arts after World War II, in domains of painting, cinema and poetry. 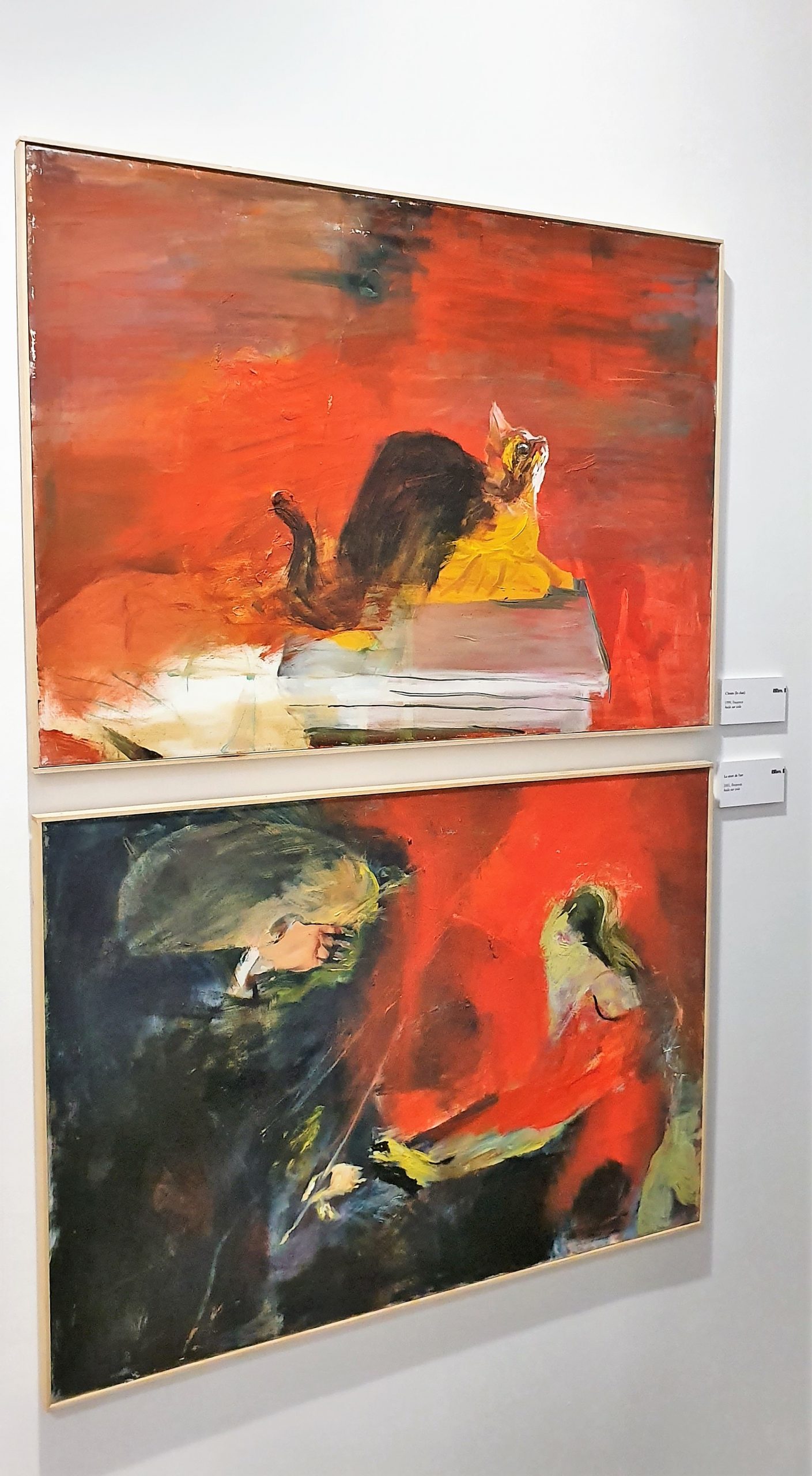 Therefore, his artistic work can be discovered through following events organized in Paris :

The first one is the exhibition of Kristl’s paintings at the Galérie de la Cité internationale des arts from 14th through 29th February. 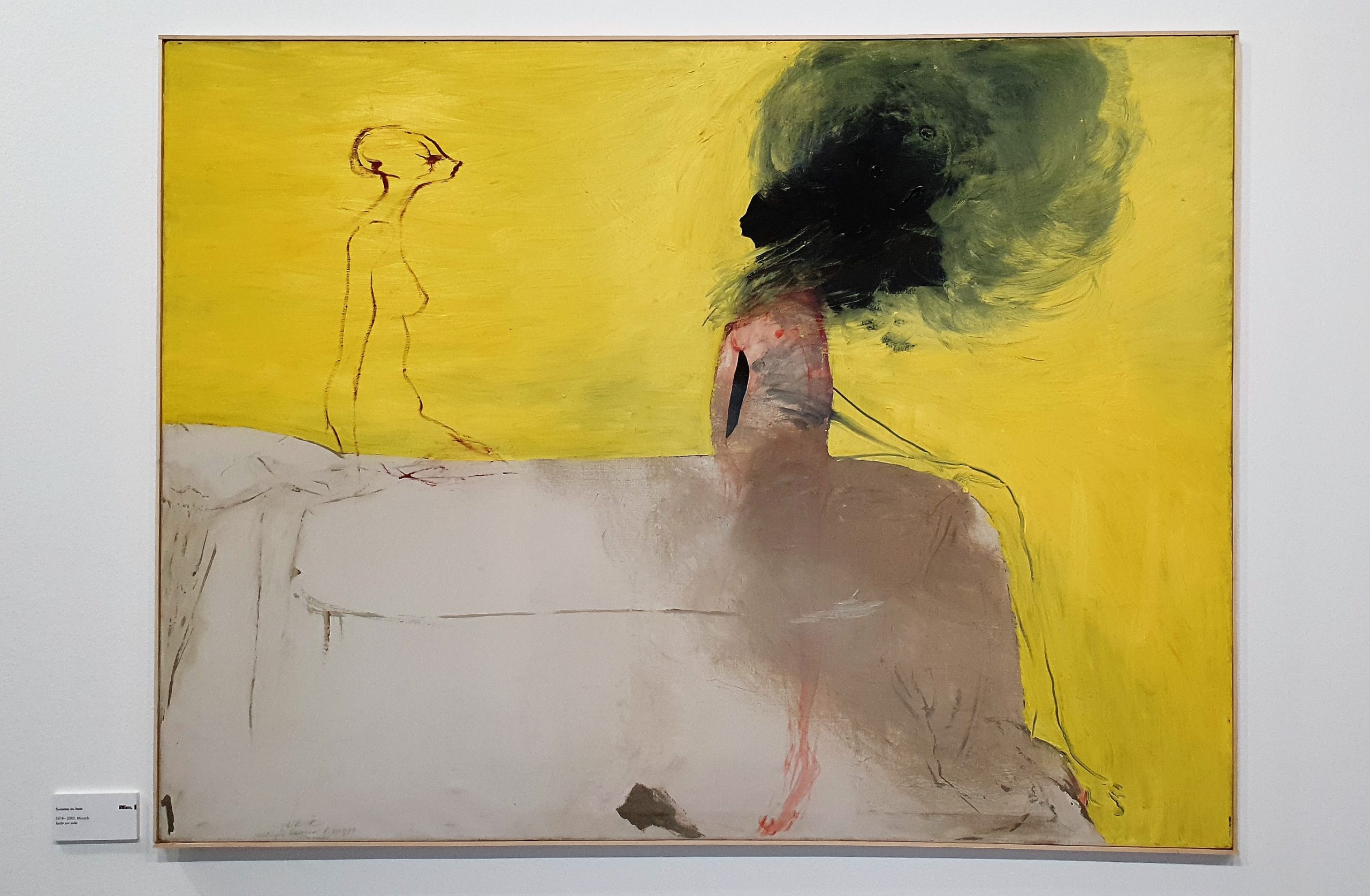 More than 60 works – canvases, drawings, graphics, films and poetries are shown. They come from a private collection and were mainly created in France between 1990 and 2004. The show is accompanied by audio-visual documents as well as by a luxurious catalogue. The curator is Mrs. Jerica Ziherl, Director of the Museum-Museo Lapidaruim, Novigrad, Croatie. 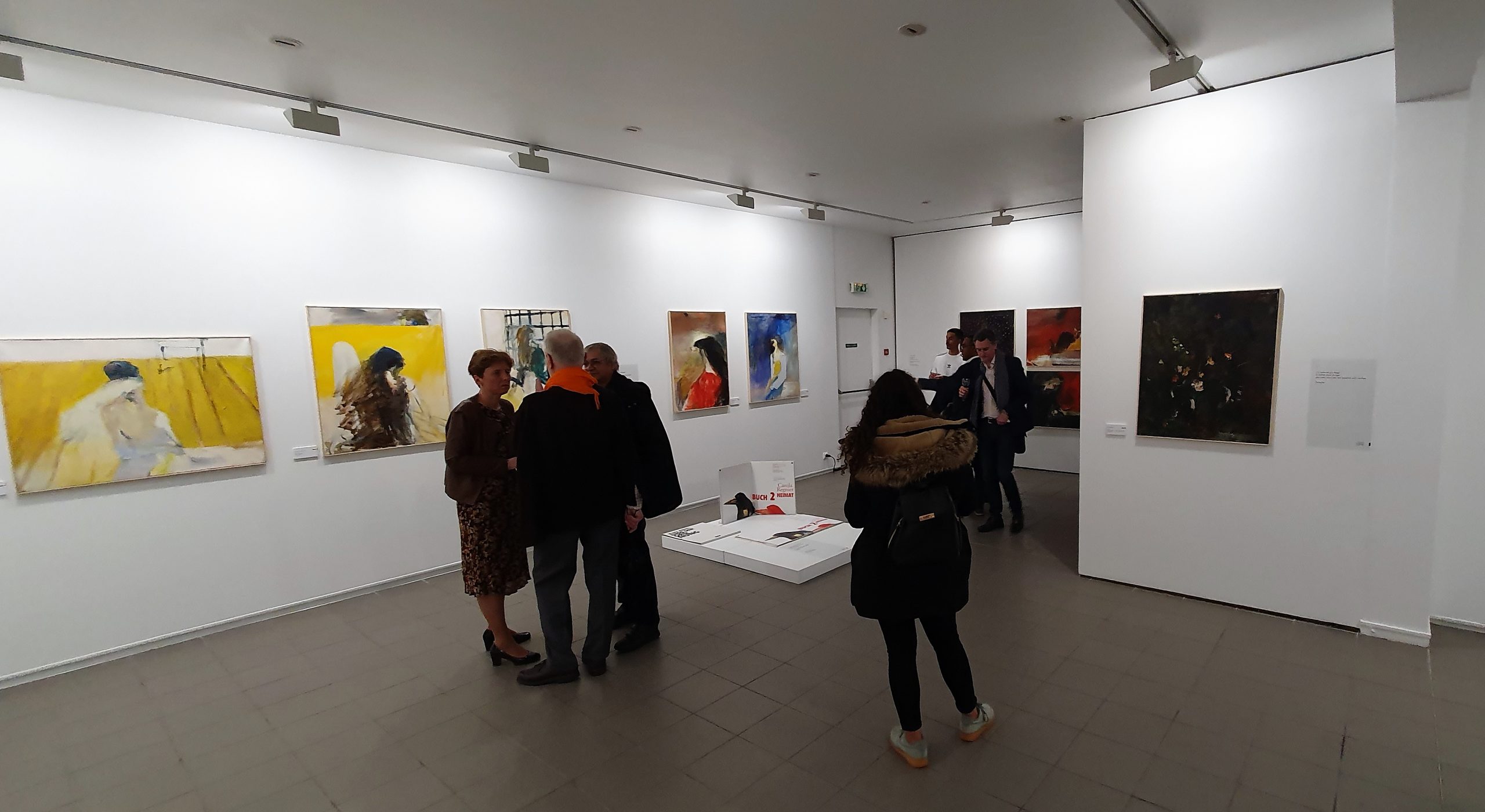 The second event is an evening of Vlado Kristl’s poetry. It will take place in the Croatian Embassy in Paris on the 20th February. Vlado Kristl’s poetical work will be presented by Anamarija Habjan and Tonko Maroevic, who also selected the most important ones.  Translated poetries by Martina Kramer will be read in French and Croatian. During the evening, the French publisher “Ollave” will present their bilingual collection of Kristl’s poetry published for this occasion. 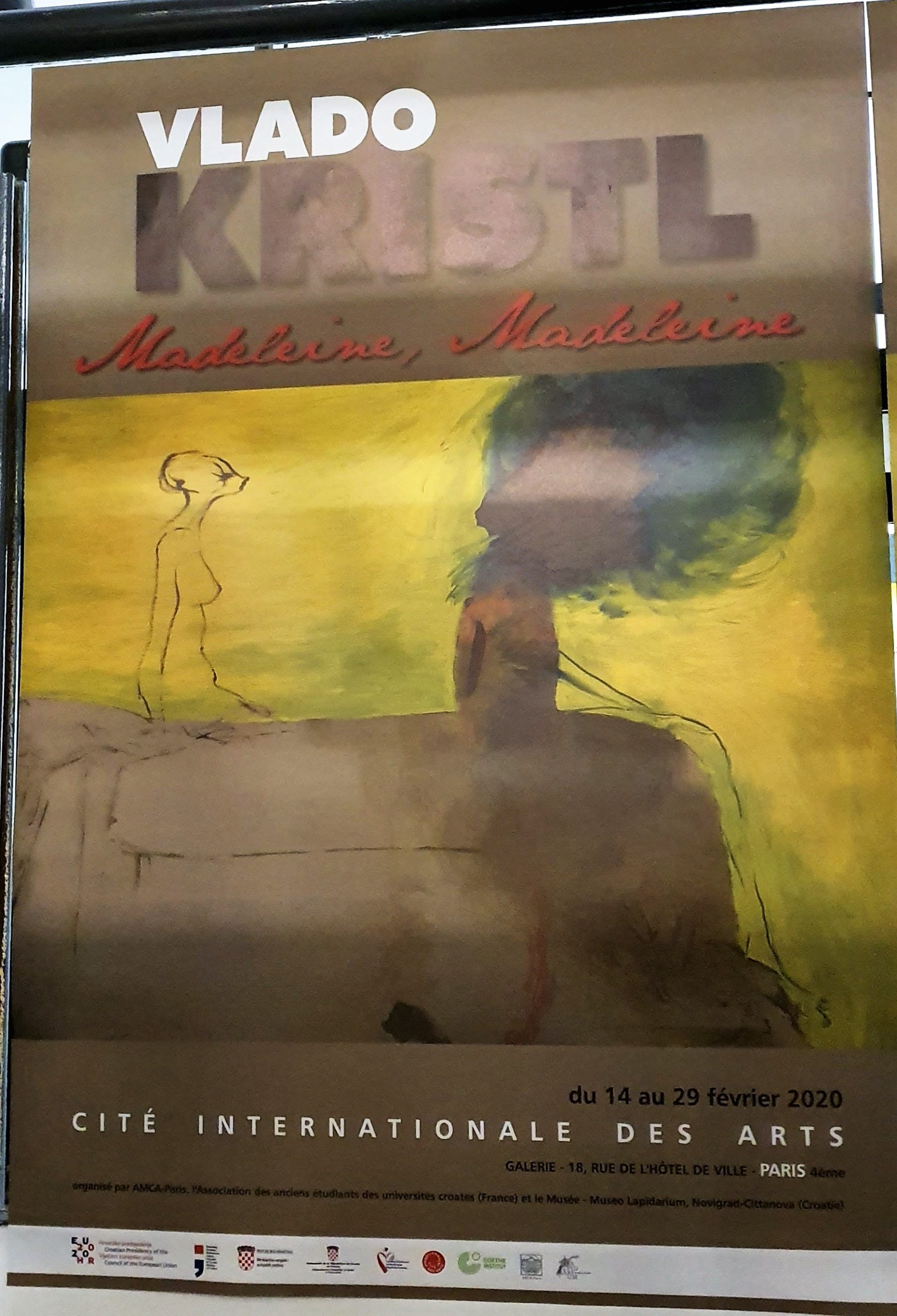 And the third event devoted to Vlado Kristl will take place in the Goethe-Institute Paris where a selection of his films will be presented and projected. The curator of the film programme is Mrs. Branka Benčić. She will present Vlado Kristl as a filmmaker, his cartoons as well as some of his most emblematic films. 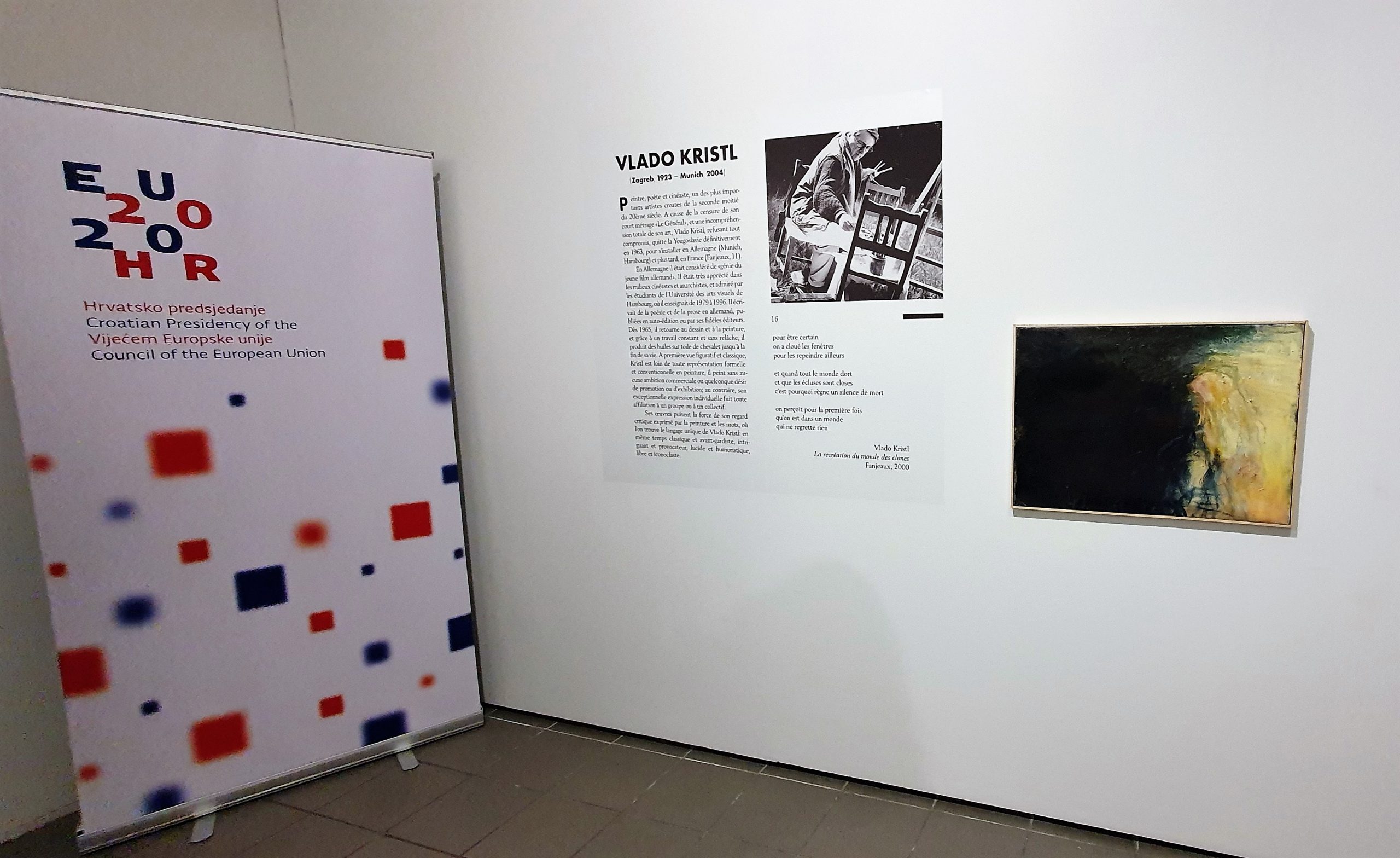