ZAGREB, May 16 (Hina) – The presidents of Croatia and Slovenia, Zoran Milanovic and Borut Pahor respectively, on Friday said that they expected Slovenians to spend their summer vacation in Croatia this year thanks to the favourable epidemiological situation in both countries.

The heads of the two neighbouring countries met in the Slovenian town of Ptuj. This is their second meeting since Milanovic stepped into office four months ago. The two presidents discussed the health crisis caused by the novel coronavirus pandemic and migrations.

Milanovic went to Slovenia to lay a wreath to post-WWII war victims at the Dobrava cemetery and later conducted a working visit with his Slovenian counterpart.

Pahor underlined the “friendship and mutual understanding” between the two neighbouring countries while Milanovic said that Slovenians have a “lot of traditional and also interest relations with Croatia.”

Both countries have the spread of COVID-19 under control and Slovenia is the first European country to proclaim the end of the epidemic.

The presidents expect Slovenians to spend their summer vacation in Croatia despite the health crisis. “I’m certain that a lot of people from Slovenia will come without any fear or limitations, while we will see about others,” Milanovic said and added that Slovenians own about 100,000 properties and vessels in Croatia.

Pahor said that Slovenians could be drawn to Croatia and Croatians to Slovenia by the “sincere friendship” between their countries and successful coping with the epidemic.

Illegal migrants overshadowed by fight against the coronavirus

Milanovic said that “several thousand people gather regularly” at the Bosnian border with Croatia “in search of a better life.”

“That right, despite all the compassion and sympathy I can feel toward someone and toward ambitions for a better life for oneself and one’s family, that right does not exist,” Milanovic underlined. 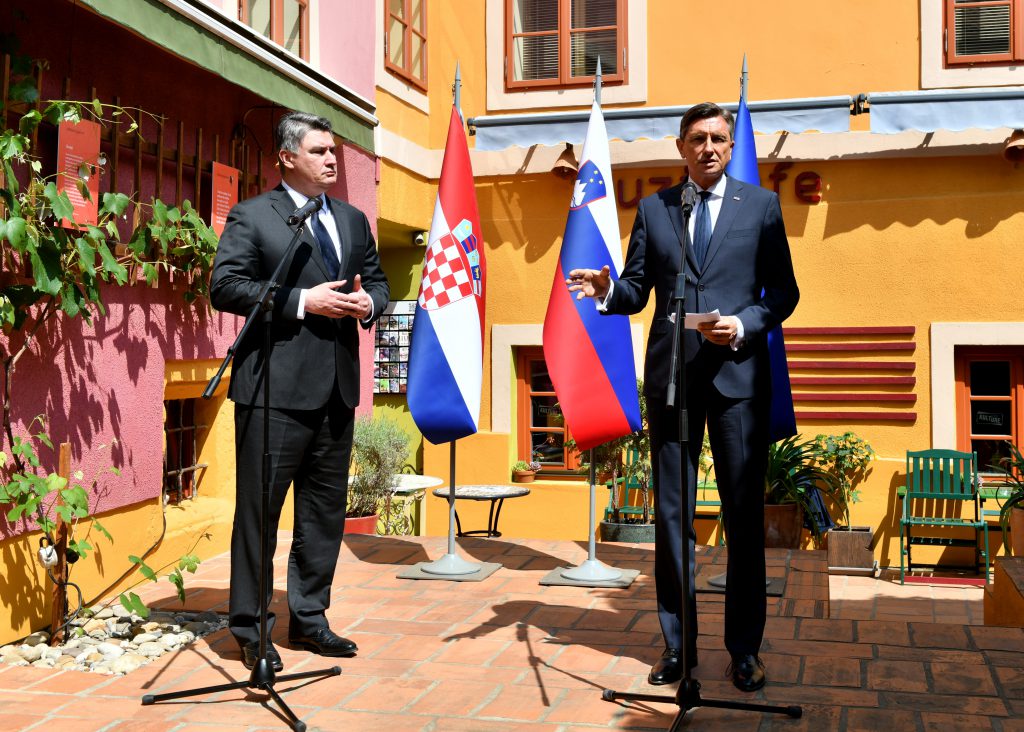 He emphasised that Croatia is continuing to protect its borders even though that can always be criticised “by those who think that human rights are absolute.” “They are almost absolute, but some rules have to be respected,” said Milanovic.