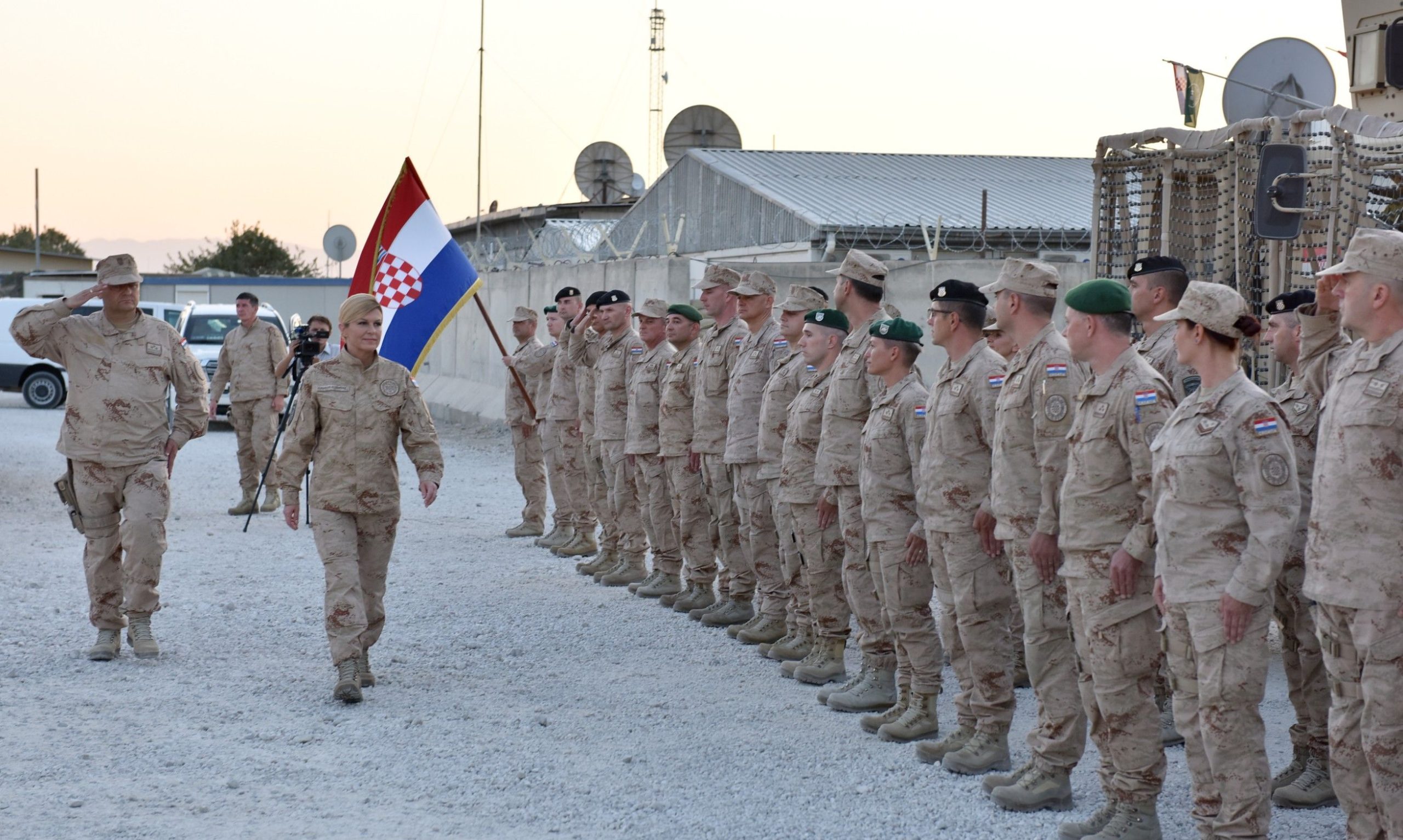 The President of the Republic and Commander in Chief of the Croatian Armed Forces Kolinda Grabar-Kitarović visited the Croatian troops in Mazar-e Sharif that are participating in the international Resolute Support Mission in Afghanistan.

During sixteen years in Afghanistan, the Croatian troops have demonstrated exceptional professionalism, readiness, training, interoperability. They demonstrated that they can cooperate with other NATO members, that they are ready for any type of threat”, the President said, adding that it is an honour for her to present NATO medals to them for their contribution to the Resolute Support Mission as a token of gratitude from the Alliance. 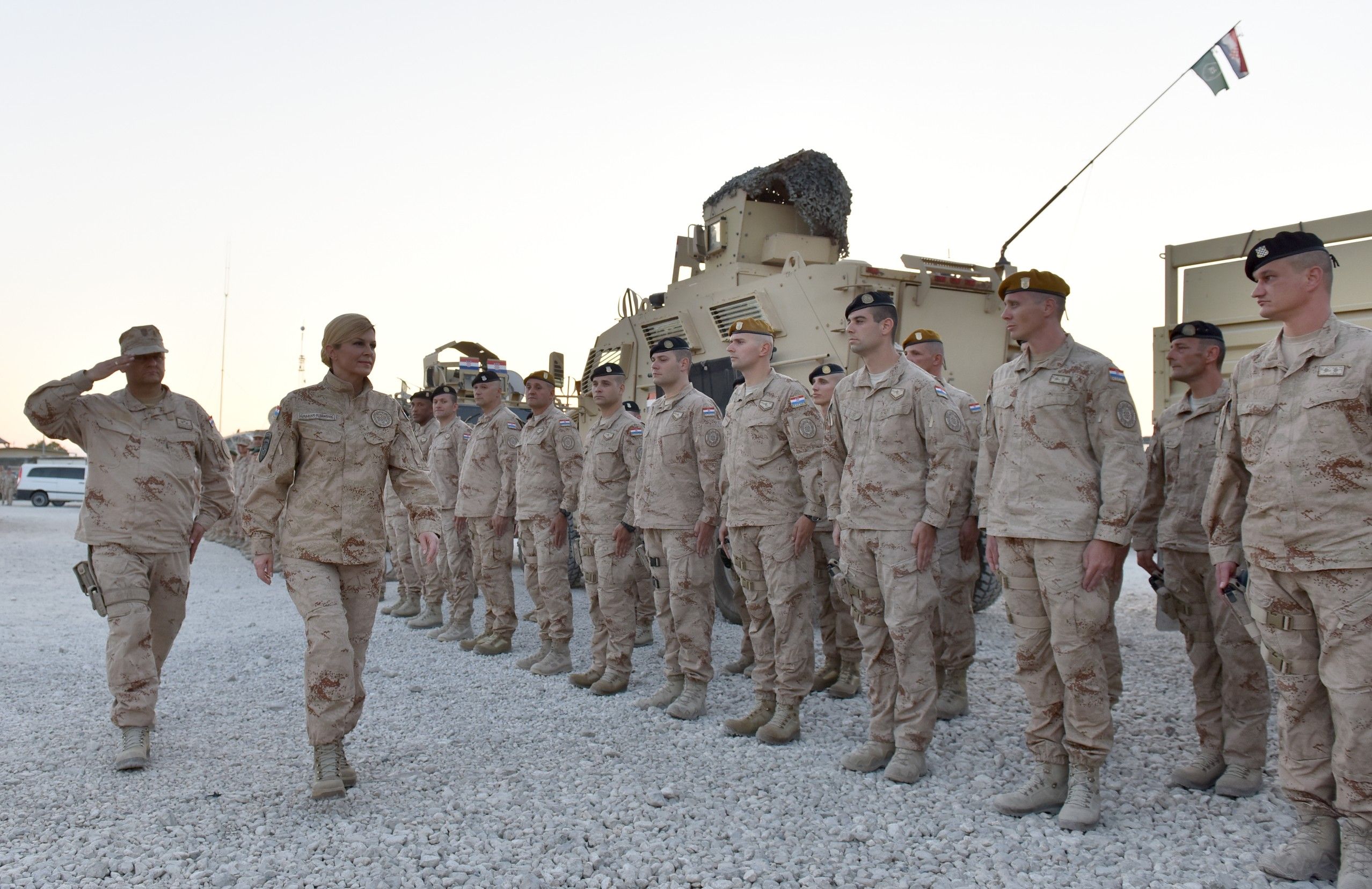 President Grabar-Kitarović emphasized that in Afghanistan and in the area of South East and Central Asia, there are still enemies of peace, stability and security, and that security threats exist, particularly potentially terrorist ones compared to Croatia and the area of Europe and the European Union, that cannot defend themselves from terrorist acts except through joint action, an exchange of information and joint work on the prevention of such attacks. 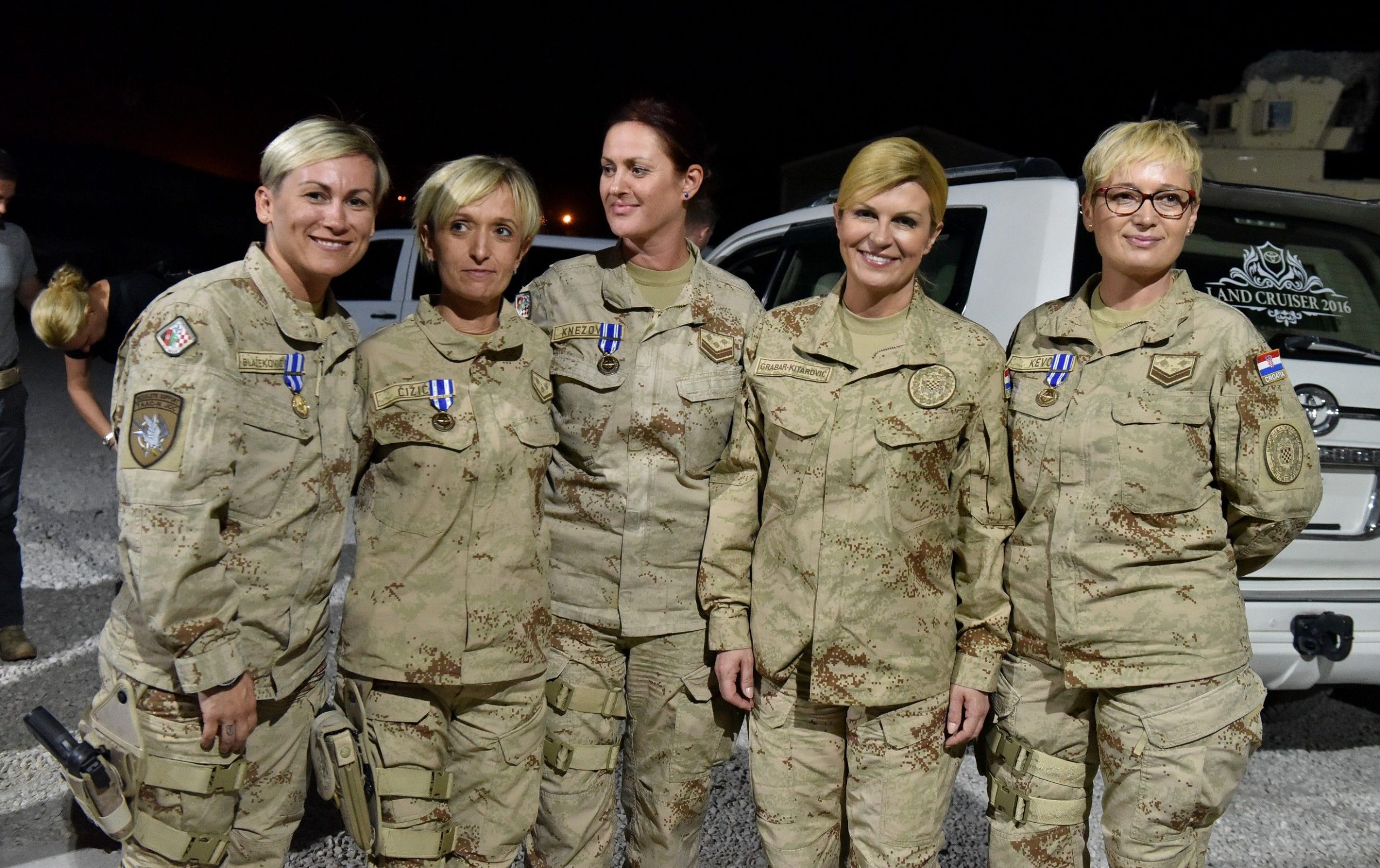 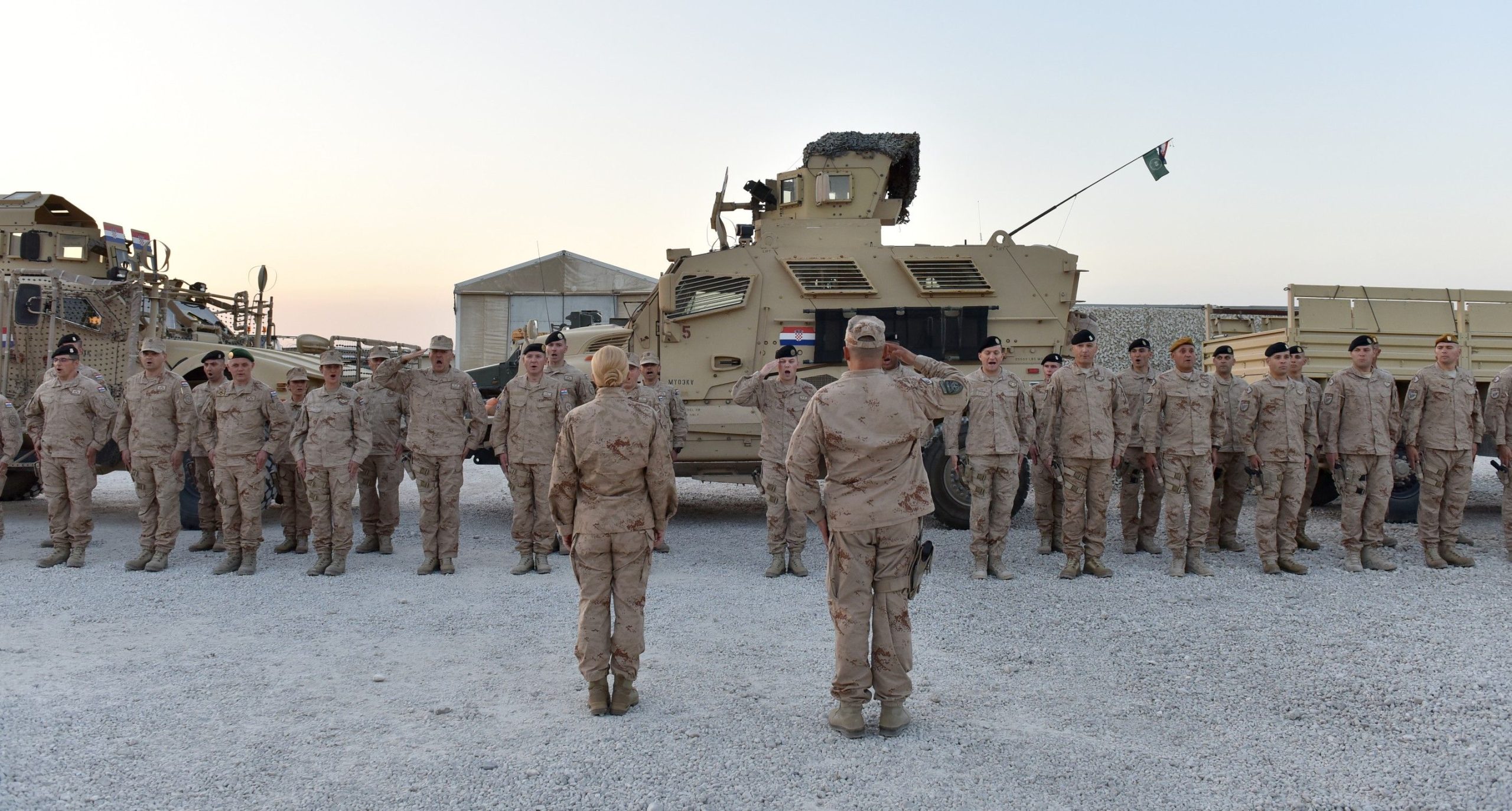 She reminded that the result of threats throughout the world is the mobility of people mostly reflected in illegal migrations, but also in human trafficking, arms trafficking, drug trafficking and other prohibited things. “Therefore, I thank you for what you are doing here, you are defending Croatian security; you are defending our youth from opiates that mostly come from this State and you are defending our borders from illegal migrants. You can just imagine what would happen if the system collapsed and a million people set out for Europe and the European Union via Croatia and Bosnia and Herzegovina”, President Grabar-Kitarović said, adding that she feels that “these days it is clearer why Croatia is present in Afghanistan”. 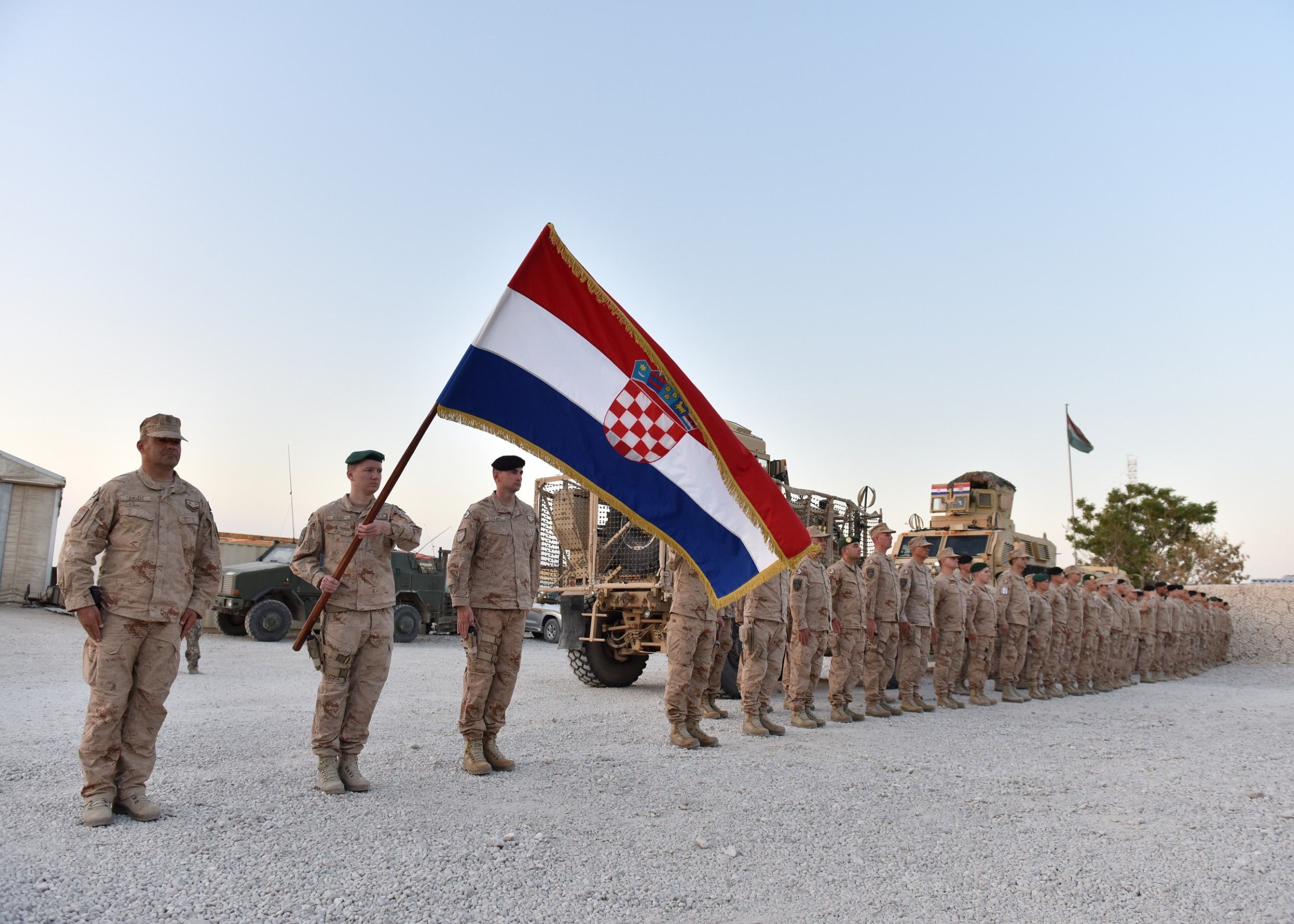 In addressing the troops, she underlined that our presence here is not to occupy a foreign State, but to facilitate the transfer of all powers and complete control over the State to the Afghans. 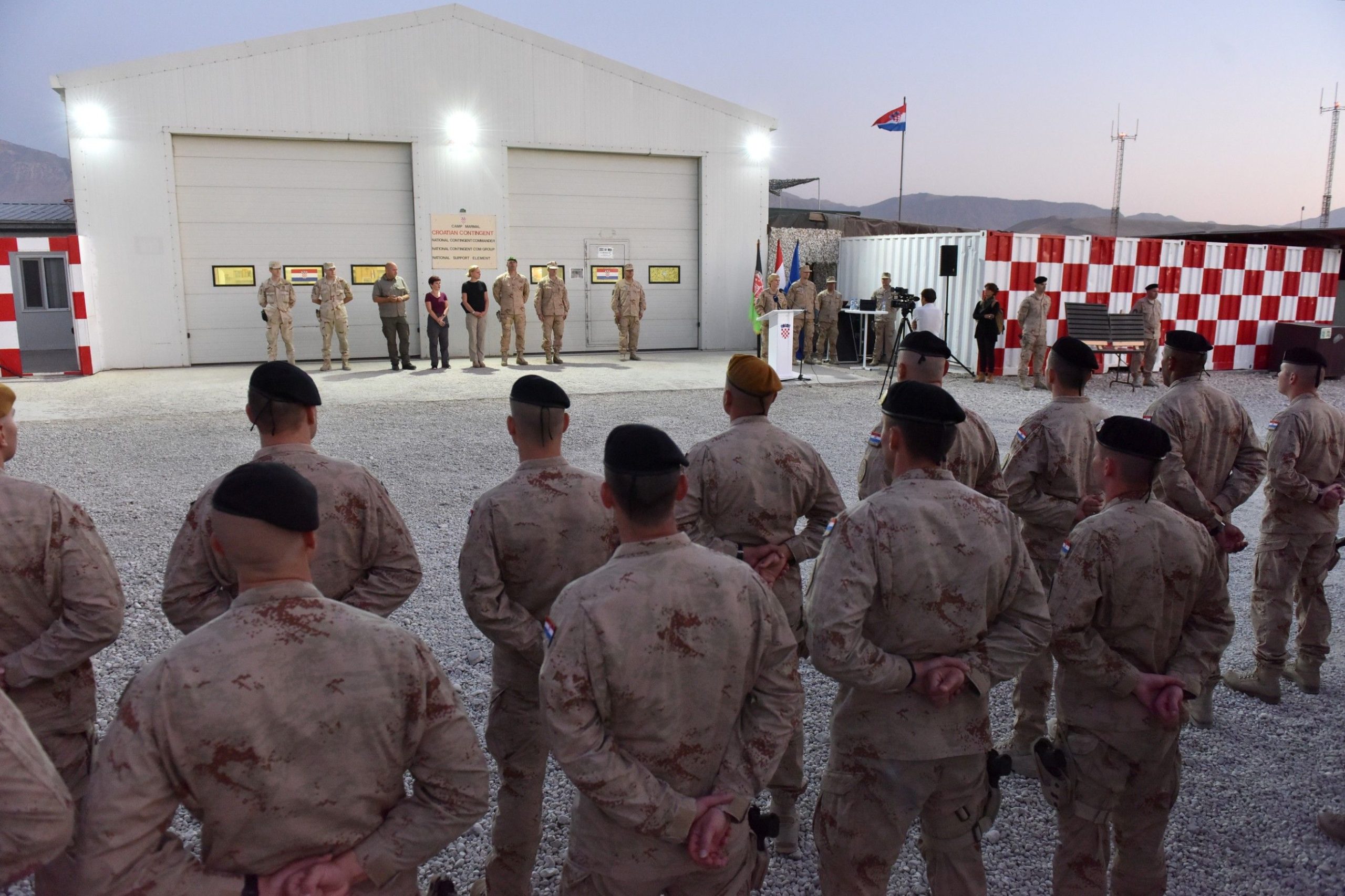 “Six months ago, we saw each other at Pleso at the departure of the contingent and I requested two things from you: first, to demonstrate responsibility, determination and professionalism; second, to demonstrate respect, understanding and feelings for the State in which you are and for the people in Afghanistan who, after several decades of conflict, indeed deserve peace and a better, happier future. You have fully accomplished these tasks”, the President and Commander in Chief of the Croatian Armed Forces said.

In continuing she said, “the Afghans must never have the impression that we are here for some military interests that exclude their interests, their needs and their right to peace and security, a secure life and conditions for prosperity and a future in Afghanistan”. 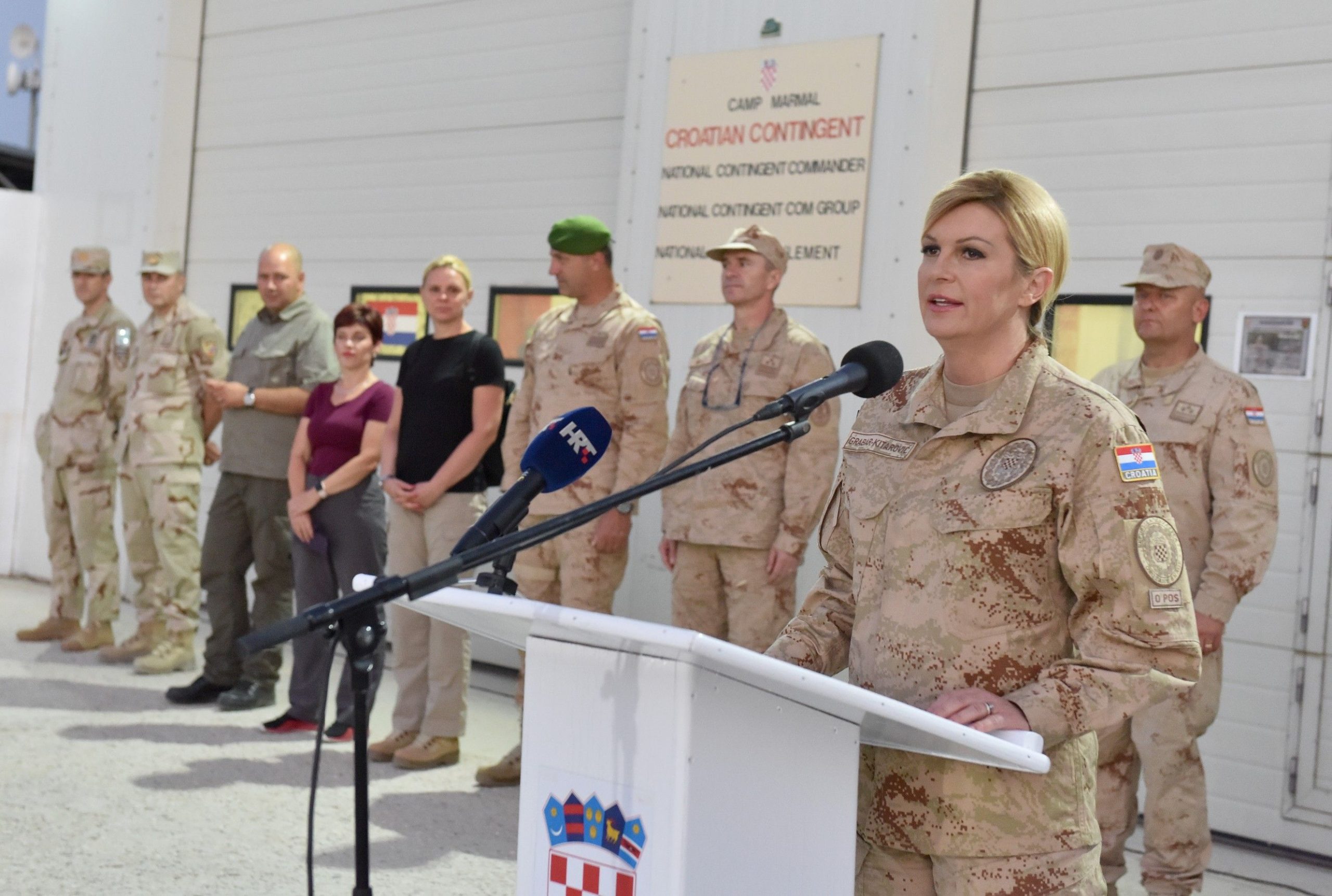 The eighth consecutive Croatian contingent is bringing its six-month participation in the mission to an end and will be replaced in two weeks by the ninth contingent of Croatian troops. 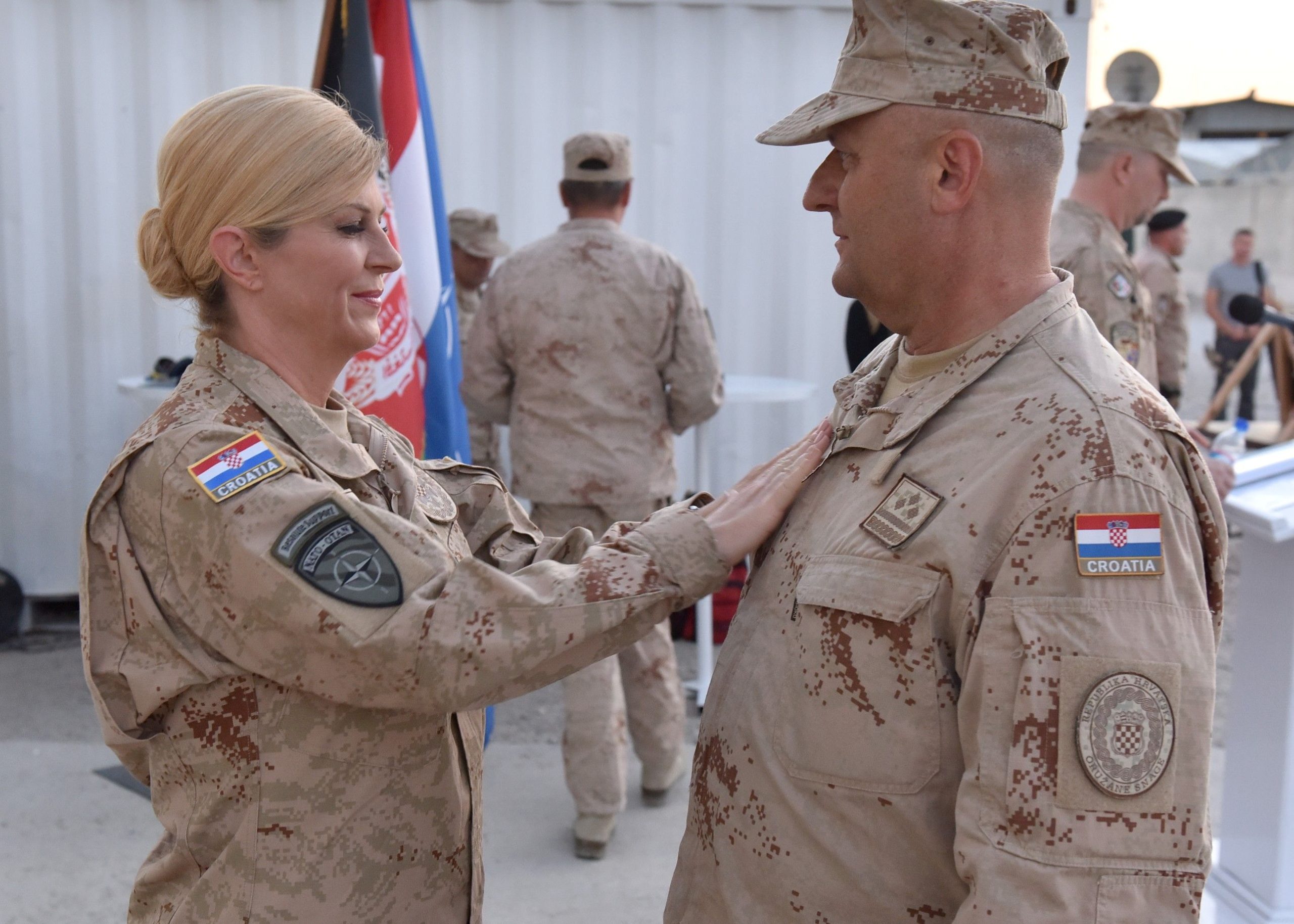