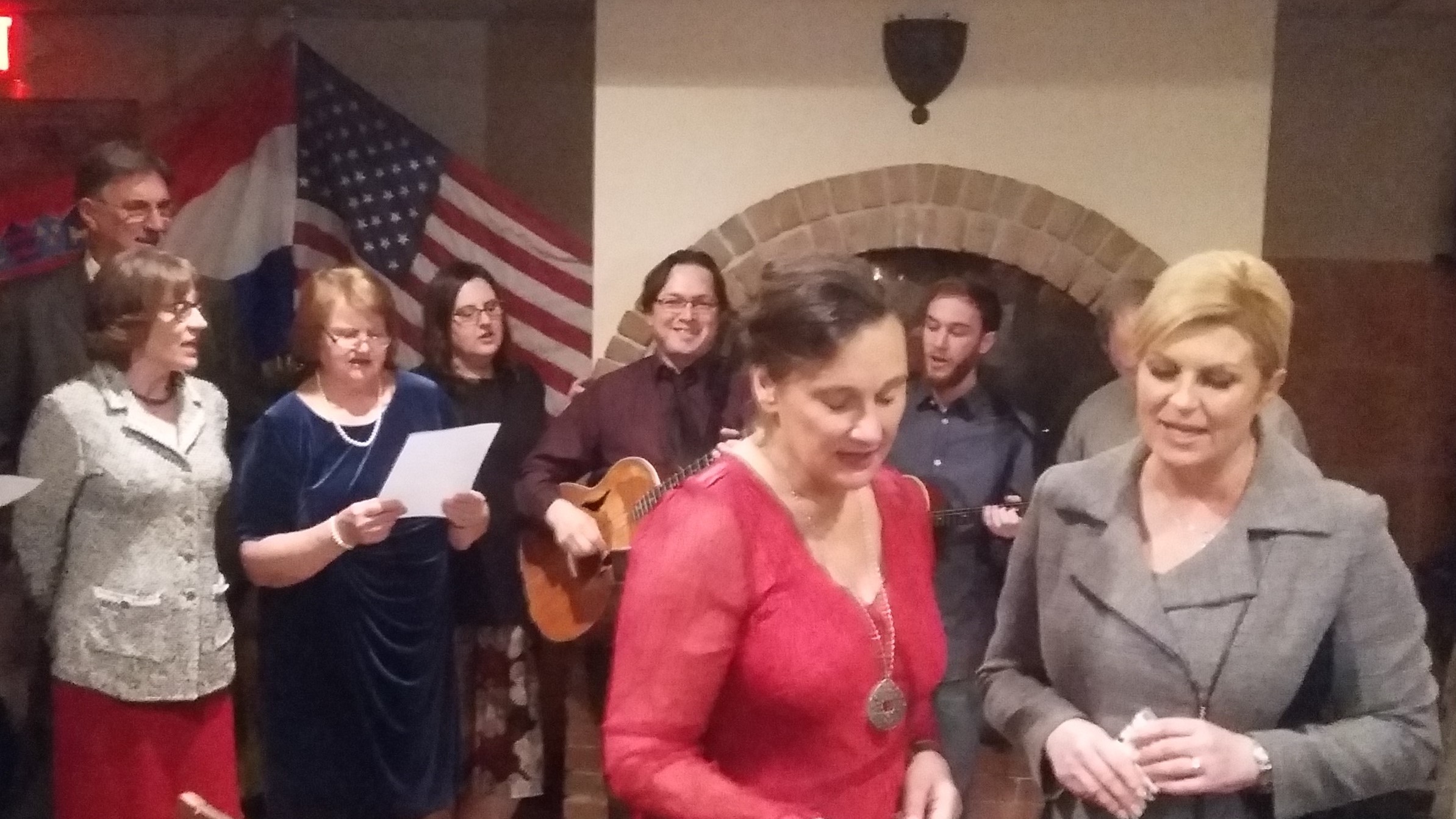 December 3rd, 2017 – Madam President of the Republic of Croatia, Kolinda Grabar-Kitarović started her USA visit in Boston on the first day of Advent, where, before the official visits to universities, she joined the informal Christmas celebration with the Boston Croatian community.

President Grabar-Kitarović was welcomed by the board members of the New England Friends of Croatia, www.friendsofcroatia.org, teachers of the Croatian School of Boston, www.croatianschoolofboston.org, and the Pajdaši tamburitza band.

President Grabar-Kitarović warmly addressed the Croatian Bostonians with an invitation to collaborate with the homeland, while appreciating that Boston’s community “perhaps small in numbers, but strong in its knowledge and experience, and with a big heart for Croatia” has a lot to offer. 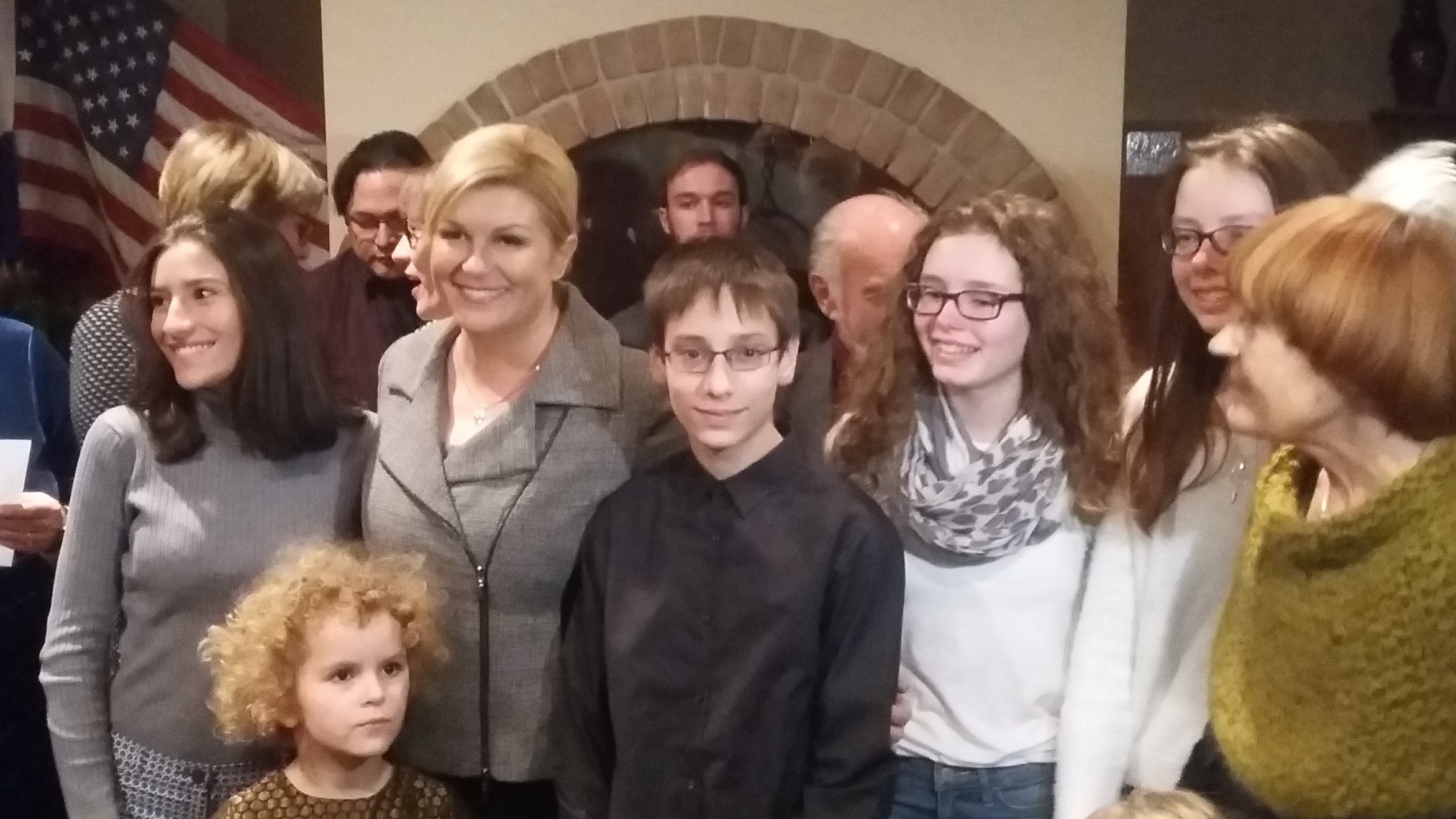 The president with Bostonians

Mirena Bagur, president of the NEFC Board, expressed gratitude for President’s visit “particularly at the time when we celebrate 25 years of our advocacy for Croatia, which contributed to the establishment of diplomatic relations with the US. We could not have imagined a better way to mark this anniversary, but having you join us.”

President Kolinda Grabar-Kitarovic in the sing-a-long

She also spoke with many professionals, students, youth, and the children – all excited to take pictures with the very important guest.

The annual Christmas party was held at the Sabur Restaurant, which adapted its Mediterranean menu for this evening including only the Croatian cuisine, and the members of the community brought many Croatian sweets, such as the traditional fritule, orehnjača, fig balls, etc. And, Djeda Mraz finally showed upbringing children, what else, but the Croatian candies. 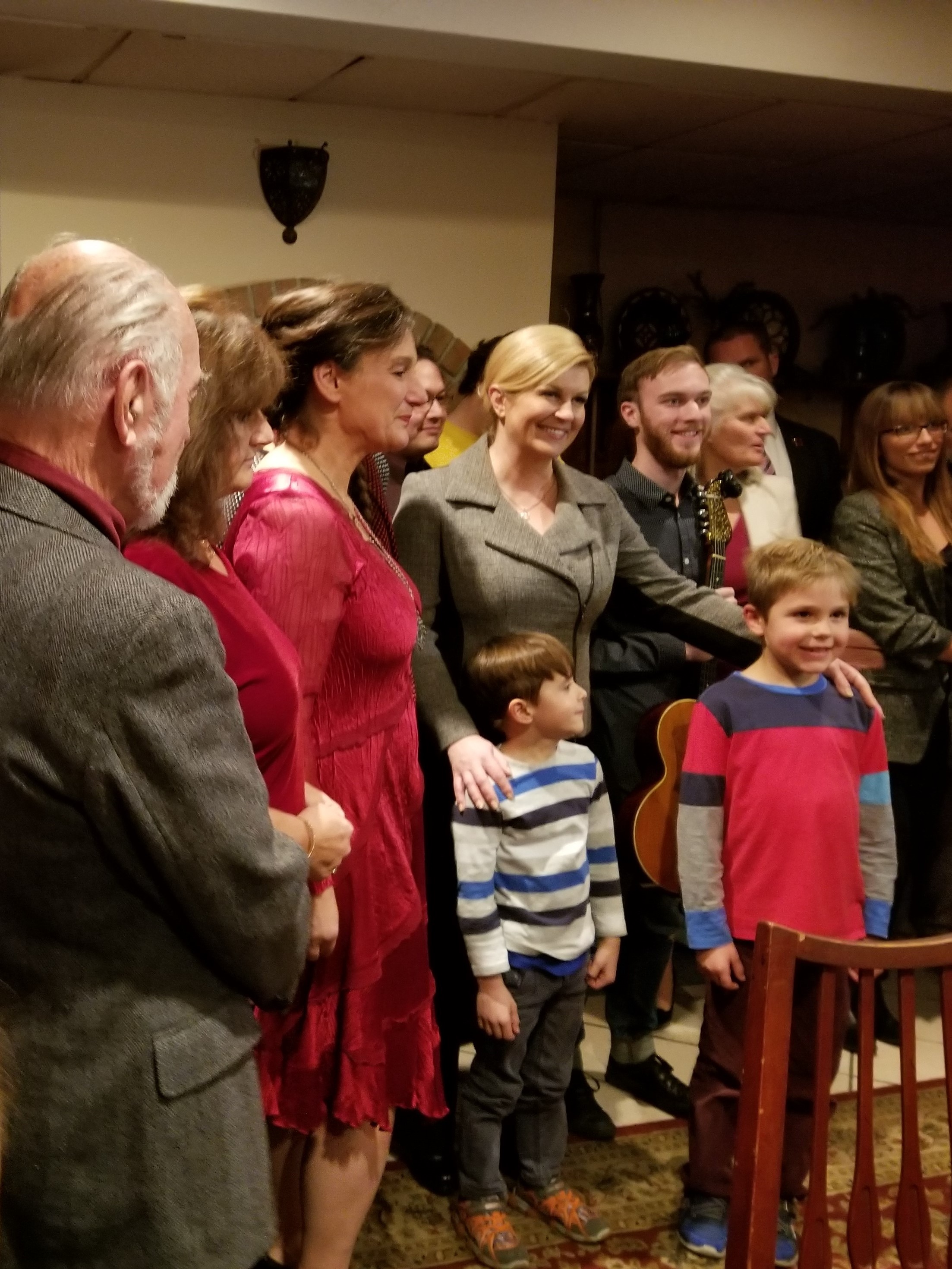 Croatian community in Boston with the president

Good times were had by all, and the Croatian Bostonians will likely talk about this anniversary and the special guest for years. 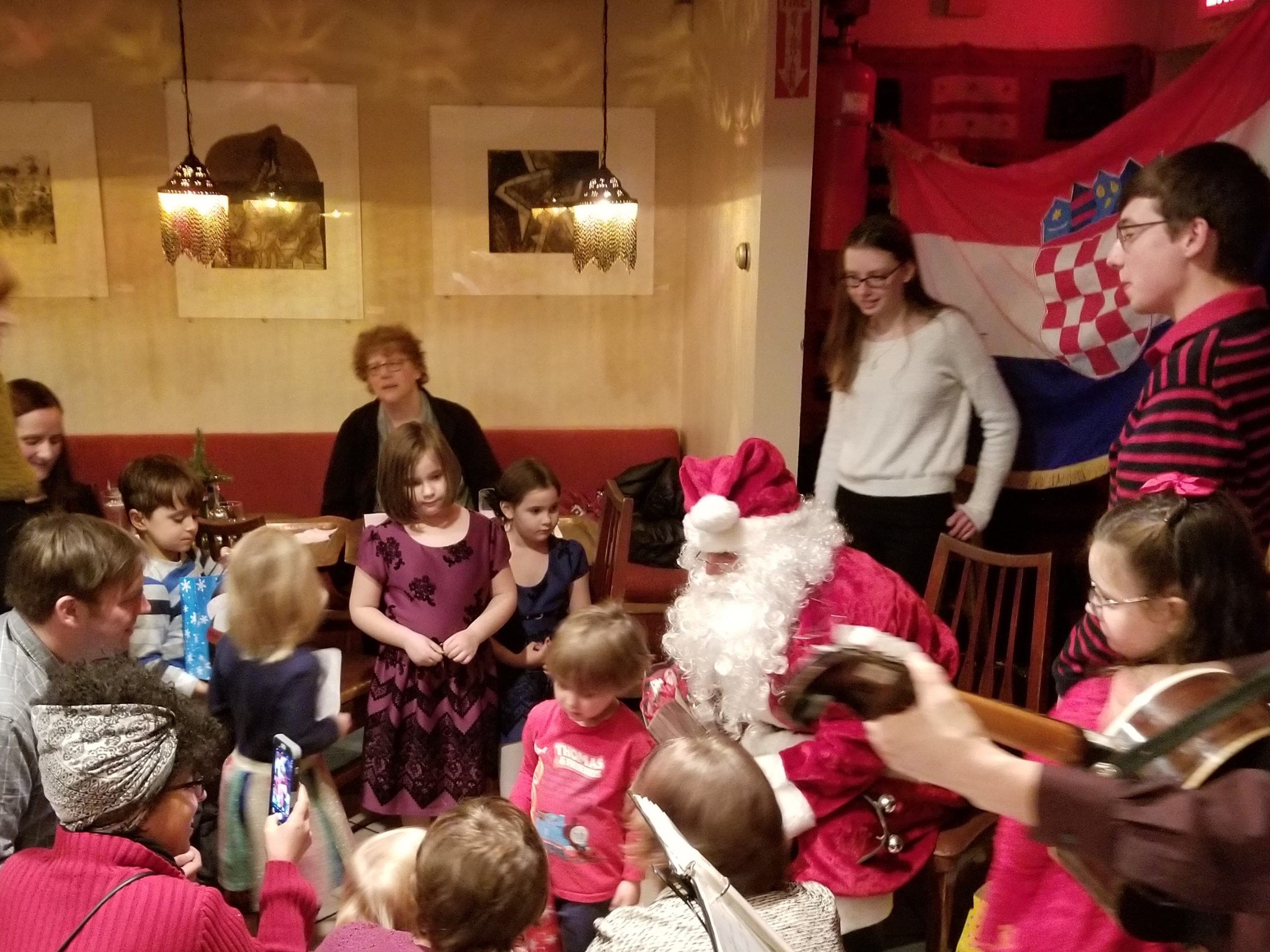 NEFC was formed to help Croatia get established as a country and to organize humanitarian and financial help during the Domovinski Rat. The members of the community are intertwined in the academic, professional and charitable institutions in Boston and New England. Croatian Bostonian community started a tamburitza music group, Pajdashi, celebrating its 15th anniversary, and the Croatian School of Boston for adults and children,
celebrating its 10th year anniversary. In recent years the work of the organization is focused on cultural exchange as well as knowledge sharing and collaboration with the organizations in Croatia.