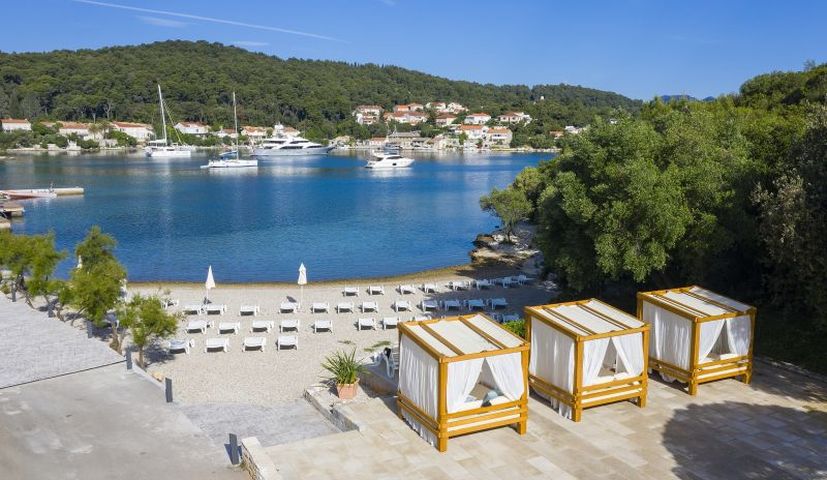 Port 9 Beach, the first beach in Korčula to be been granted a ten-year concession by the county, is a newly refurbished public beach with over 1,600 square meters of promenades, special ambient lighting, an elevator for the handicapped, horticultural landscaping and a VIP Zone, which will be open to not only the guests of the Port 9 Resort, but also other visitors of Korčula and the locals.

Since its considerable investments of HRK 75 million in Port 9 Resort’s accommodation capacities in 2017, HTP Korčula has been investing heavily in its additional facilities and offer. With this year’s investment of HRK 2 million in the first stage of revamping the beach, the company has proceeded with its continued development of Korčula as a destination. “Korčula is an air travel destination, which is why we welcome the growing number of flights to the Dubrovnik Airport. Each direct flight means a lot to us, as evidenced in the data showing an increase in the number of guests from overseas staying in our facilities. We had 22 percent more guests than in the same period last year, and we also saw an increase in the percentage of the group trips among guests from Taiwan. Considering the poor weather conditions that have not quite favoured employees in the tourism and hospitality sector, we are very pleased with our results. This continued growth is pushing us to keep investing in the quality and the offer of our facilities, thus providing the destination and our guests, as well as our fellow citizens and other visitors of the island with a pleasant stay and a holiday to remember,” said Ivana Hatvalić Poljak, President of the Management Board of HTP Korčula.

The guests at the opening ceremony were greeted on behalf of the town of Korčula by Mayor Andrija Fabris: “With their arrival in Korčula, people from HTP Korčula have gotten us used to having something new each season. This year, it is my great pleasure to announce that we have a beach under concession. Korčula is a lady and you should always treat a lady with due respect.

Thank you, director, for showing that respect through your investments and everything else that you are doing here in the town of Korčula. I hope that you have a good partner in Korčula and that our cooperation will continue in the future as well.”

The ceremony was also attended by the Deputy Prefect of the Dubrovnik-Neretva County, Joško Cebalo.

“When we think back to what this place looked like last year, I am pleased I can now look around and see what it is like today. I am confident this will be a good example of the way we will manage Korčula’s maritime domain in the future. This beach will certainly improve and enrich the existing offer of not only the resort but also the town as a whole. I wish you every success with your future work and many satisfied customers, and I wish us another successful tourist season,” added Cebalo. 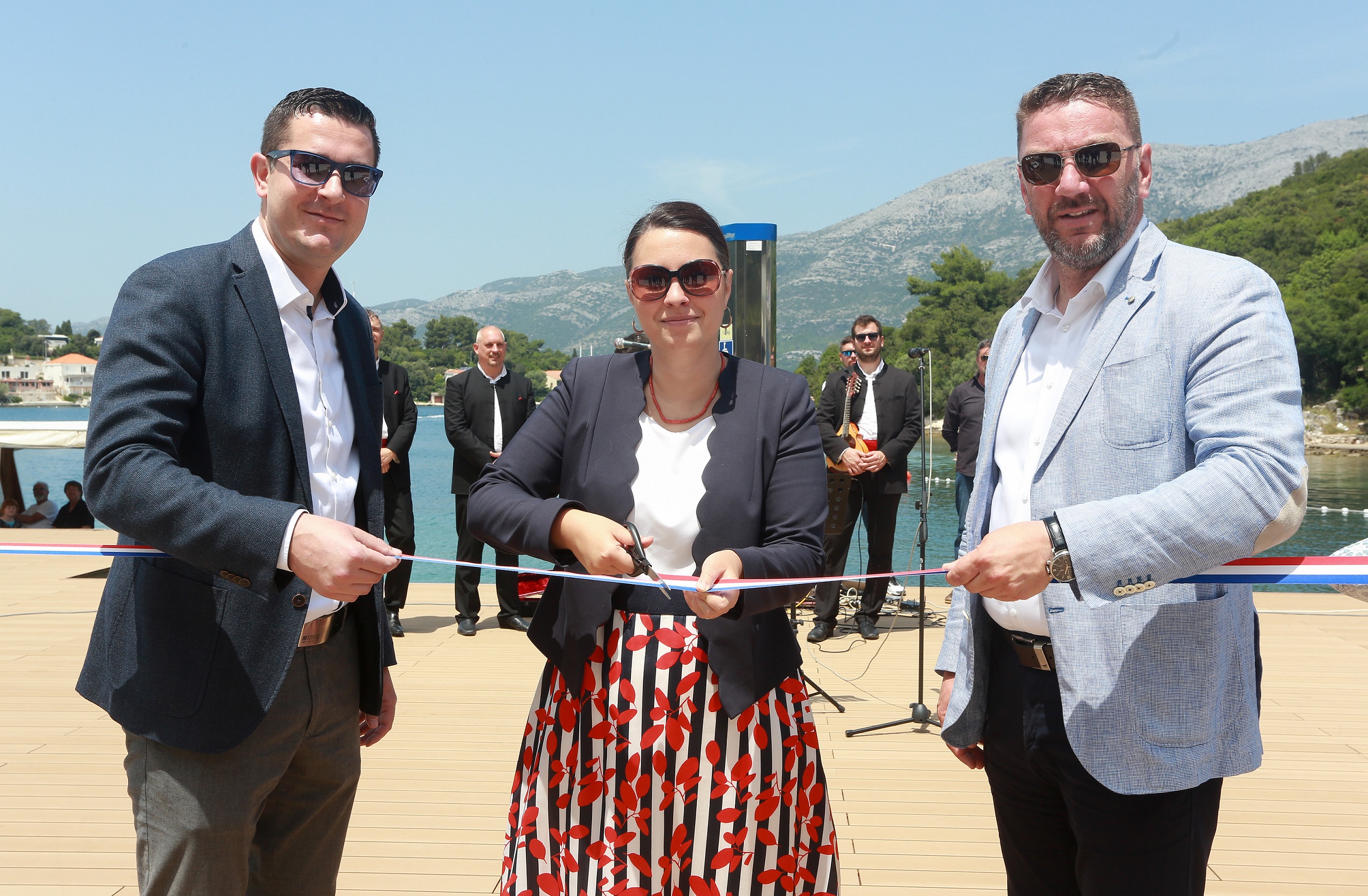 Deputy Prefect of the Dubrovnik-Neretva County Joško Cebalo, Ivana Hatvalić Poljak, President of the Management Board of HTP Korčula and Mayor of Korčula Andrija Fabris

As part of the beach revamping project, the investor has put up a map of Instagram locations so the guests can capture all the unforgettable moments of their holiday in Korčula. This is the first such project in Croatia and the map features seven locations within the resort that are intended solely for taking photos. Each guest will be given this map upon their arrival. 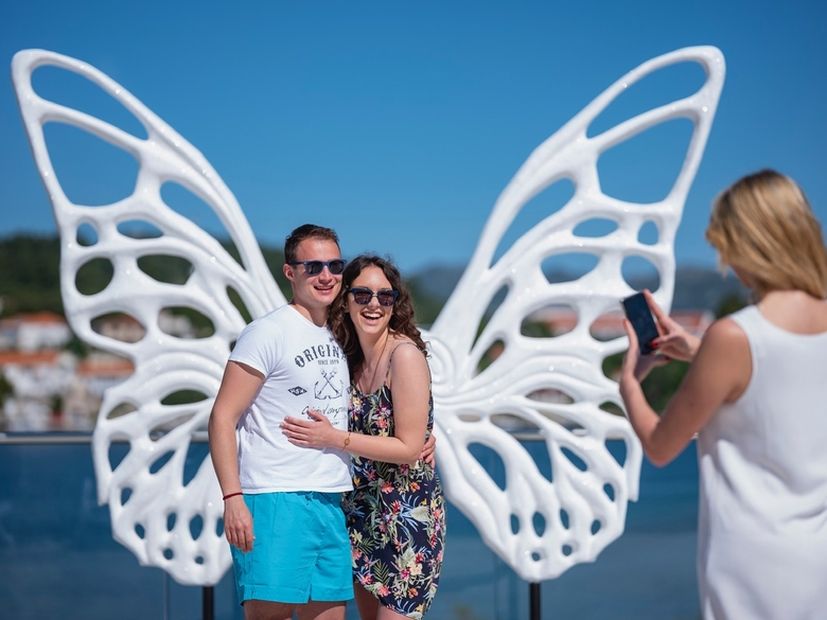 Along with the beach, today we witnessed the opening of the Art Gallery that will exhibit works by renowned Croatian artists, including Charles Billich, Željko Senečić, Nina ErGott and Jasminka Škalić, throughout the season.