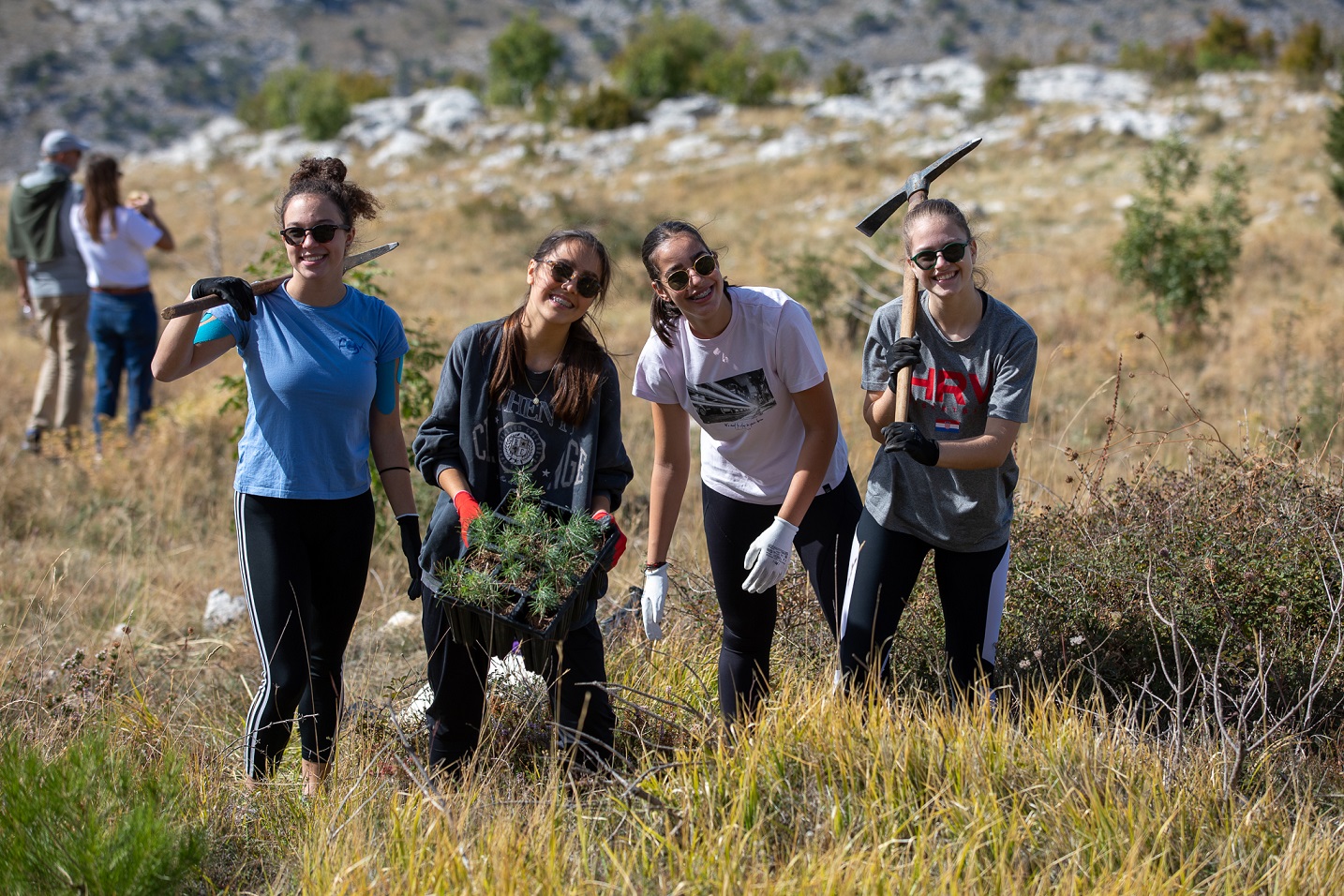 The Scout Association of Croatia, Croatian Forests, the Croatian Mountain Rescue Service and the Split Scout Corps, as the main organisers of the Boranka campaign, started this Saturday with new reforestation actions in Dalmatia which were affected by fires.

This year’s first reforestation campaign took place on Saturday, September 24, in the area of ​​the Star Village Mosor above Split, and the campaign was attended by students and teachers of the V. Gymnasium “Vladimir Nazor” Split, the Split School of Natural Sciences and the Split Maritime School, as well as scouts from the Scout Squad “Spinut” sailors and other volunteers. 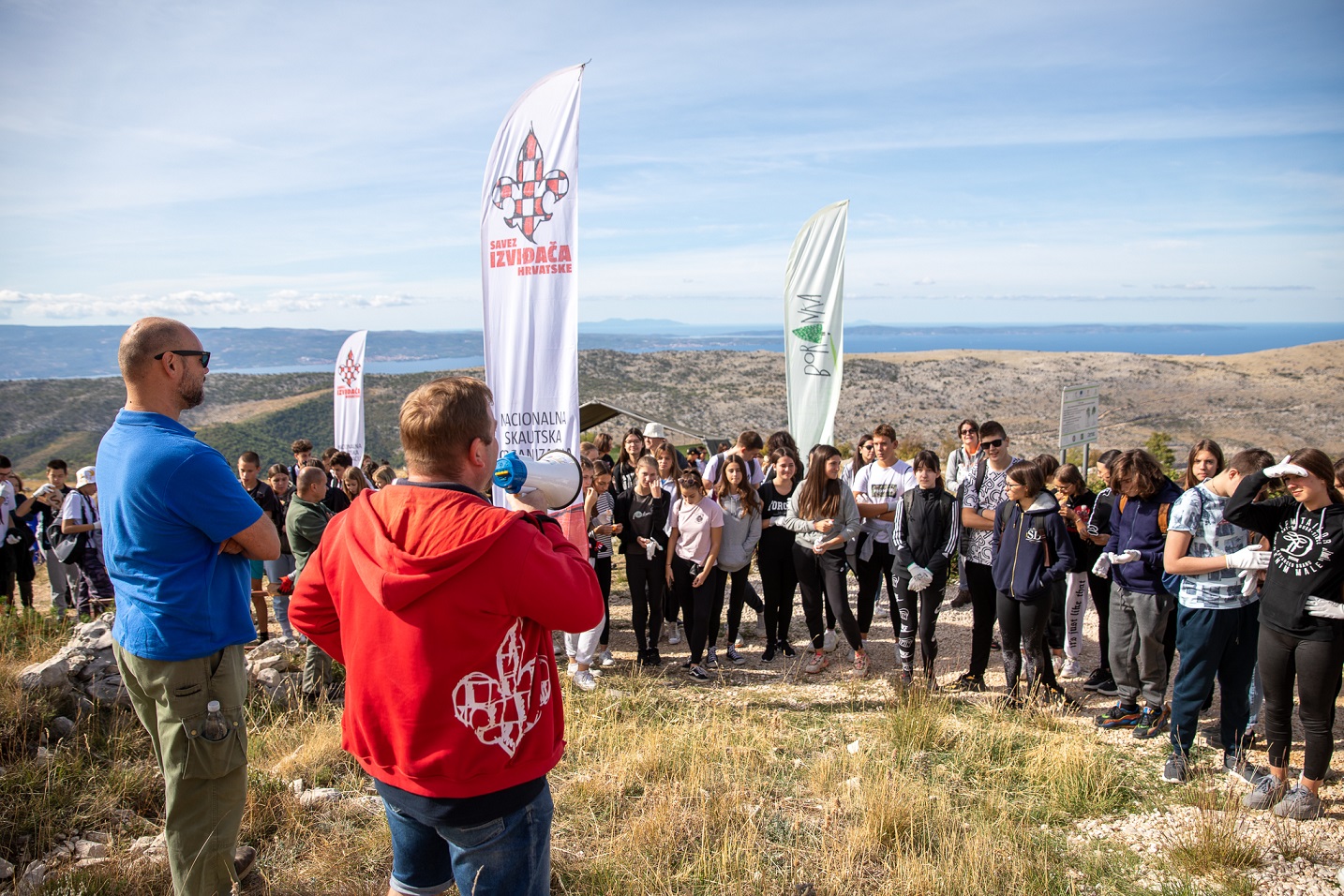 Thus, a total of more than 150 volunteers, both young and old, gathered on Mosor. The view from 600 meters above sea level of Split and the sea did not leave anyone indifferent, as did the knowledge that a forest grew here until 5 years ago, but after the fire in 2017, it is no longer there.

A nice sunny day only added to the atmosphere, and everyone took their seedlings and tools and started planting without much trouble, after the instruction of the foresters of the Croatian Forests. 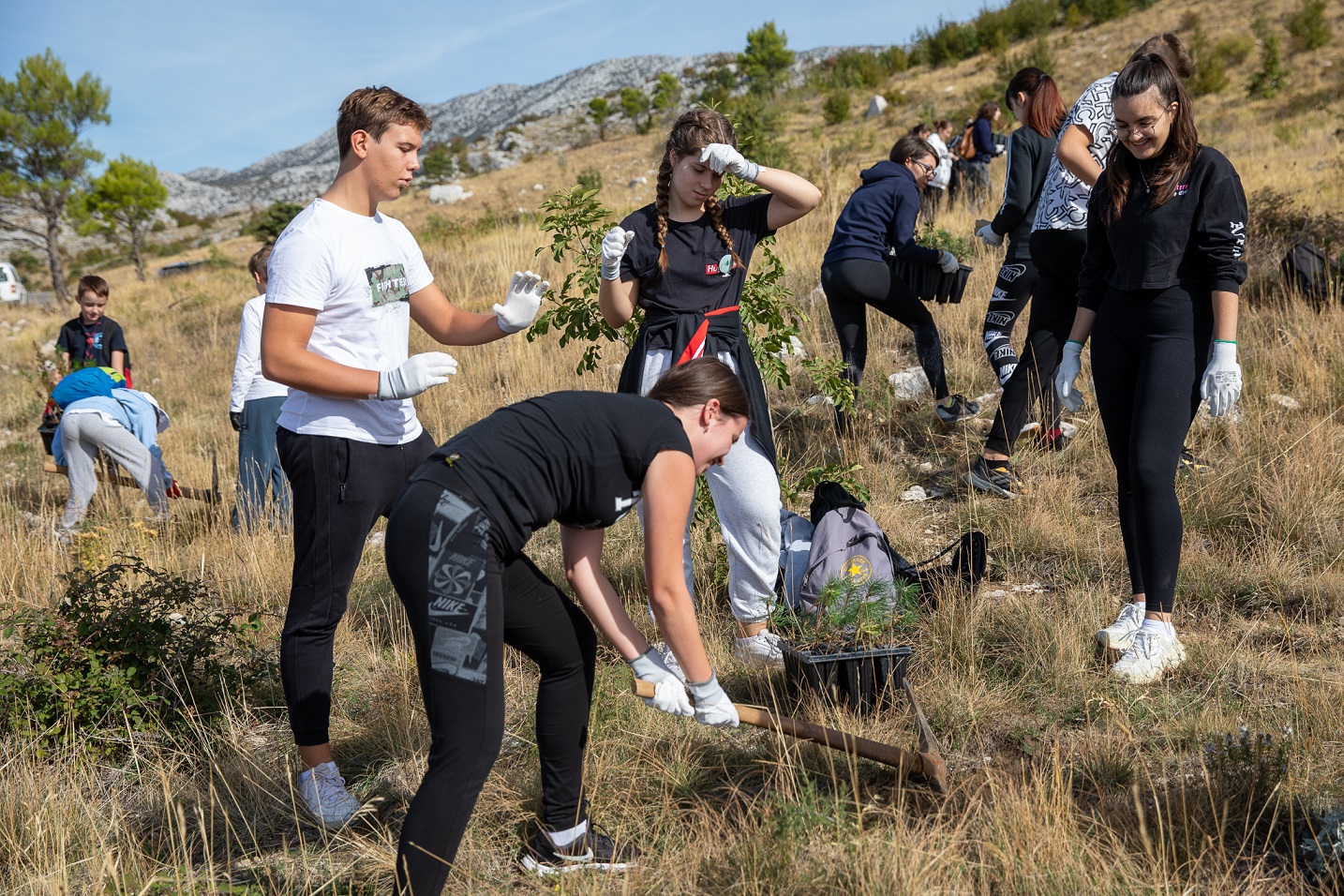 “This is my first time going to Boranka on Mosor and it was a lot of fun. It was the first time I saw what tree planting looks like and I hope we will come again soon. It’s a great feeling to help nature,” said 11-year-old Petra, a girl scout from the Spinut Sailors’ Scout Squad from Split.

One of the many interesting things about Boranka is the fact that an increasing number of foreigners come to reforestation. Thus, at this year’s first Boranka, guests from the Netherlands also participated – Antonija, a native of Croatia, and Eric, a Dutchman, recently got married in Croatia, and came to reforestation with their Dutch friends.

“Today we joined numerous volunteers at the first Boranka campaign of the year. We really like this initiative because it helps to restore forests in the fire areas, but it also has a positive effect on young people. We will take this valuable experience with us to the Netherlands, but we will definitely return to visit the seedlings we planted today,” Antonija and Eric de Vries told us. 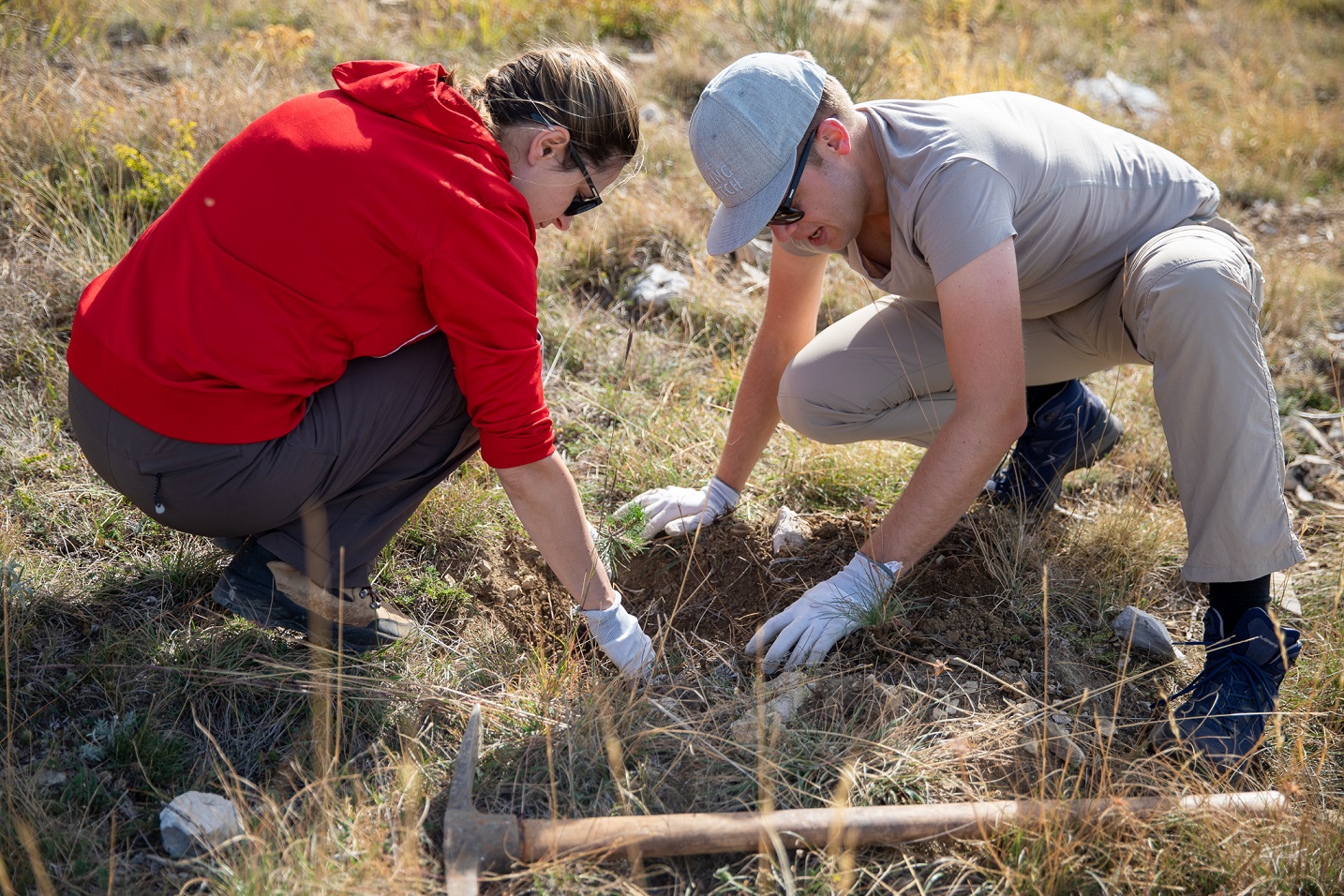 The Boranka campaign in the past 4 years gathered 8,500 volunteers from all over Croatia, as well as abroad, and in total, scouts and other Boranka volunteers have so far planted more than 100,000 new trees in seedlings at the fire sites in the vicinity of Split, Solin, Makarska and Zadar.

This made Boranka the largest European volunteer reforestation campaign and a great example of how to bring together numerous volunteers, institutions and organizations in the restoration of nature. The example of Boranka has already started to be applied by other European countries, and due to its originality and effectiveness, Boranka has already become the most awarded non-profit campaign in the history of Croatia. 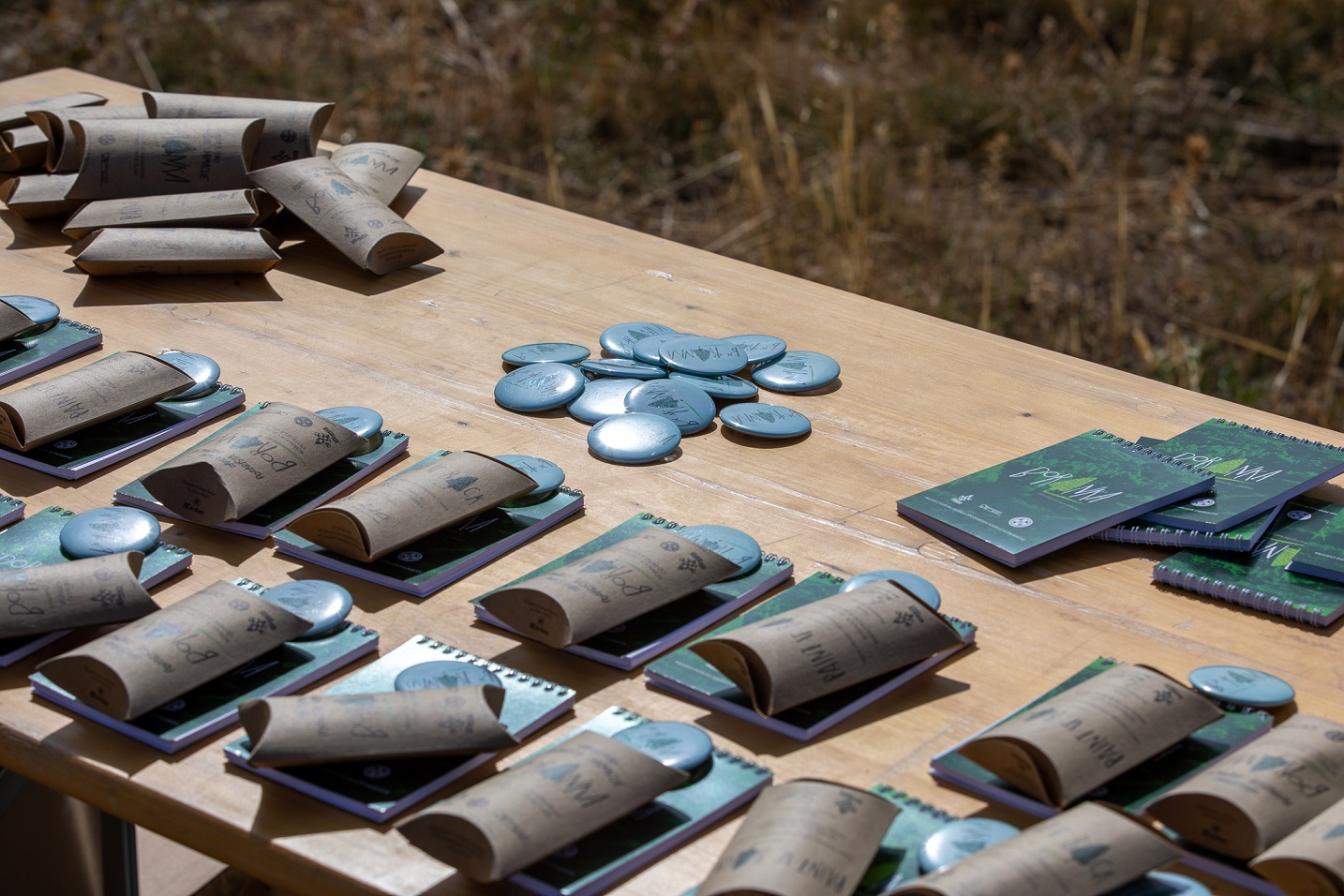 Numerous institutions that provide support to scouts and other volunteers participate in the organisation of Boranka. Croatian forests provide seedlings and other planting material, and their experts educate volunteers and supervise the planting itself. HGSS volunteers are the main logistical support in the organiSation of reforestation.

The Directorate of Civil Protection provides tools and equipment for planting and other logistics, Red Cross volunteers are available to volunteers in case of an accident or accident, and the city of Split provides transportation for volunteers. 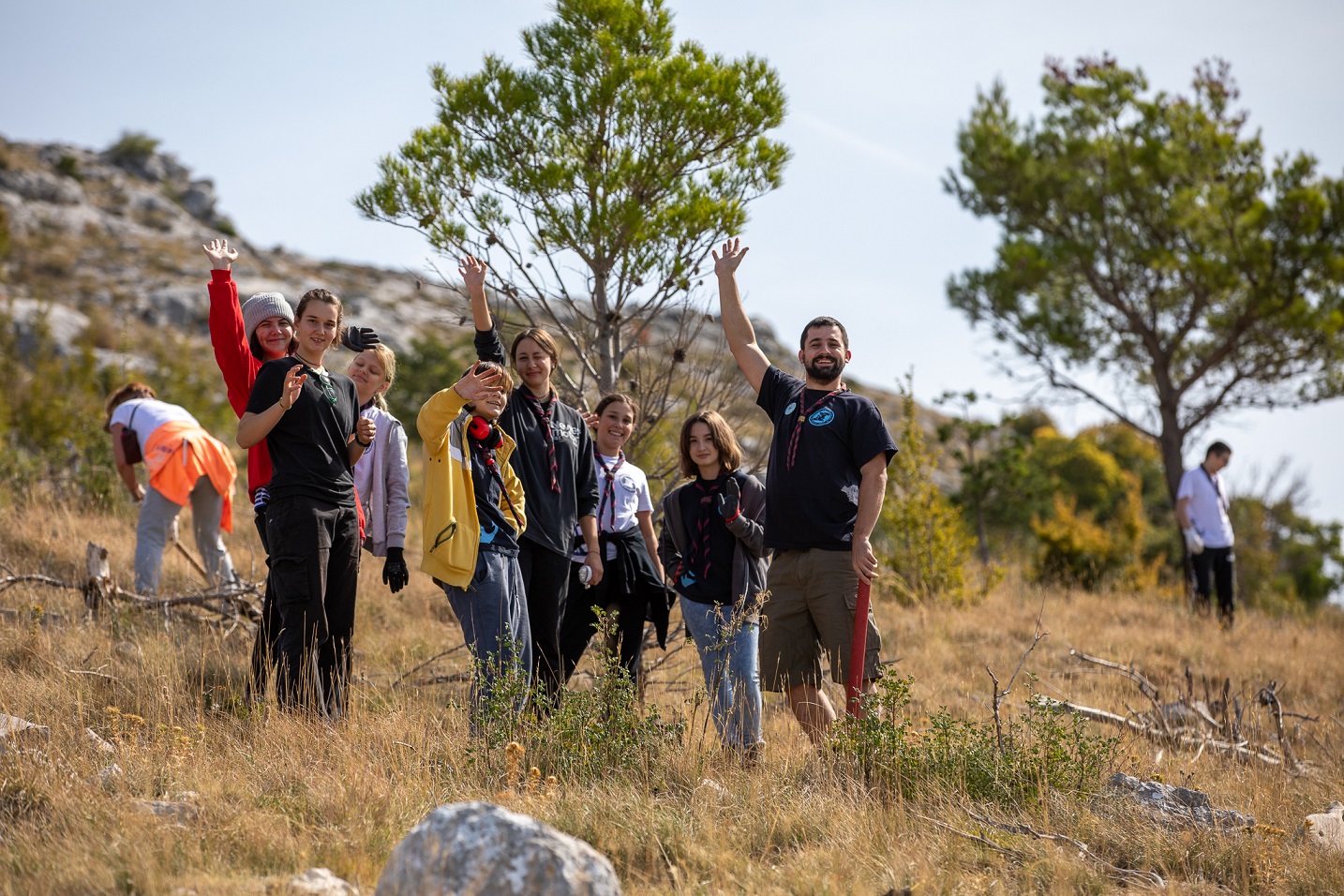 The main sponsors, symbolically named the main supporters of this year’s Boranka, are Raiffeisen banka, Radenska Adriatic, Henkel and Fraktura publishing house. Employees of sponsoring companies will join scouts and all other volunteers in greening Dalmatia.

Reforestation actions will be held every Saturday, ending on Saturday, October 15. Anyone interested in participating can register at the e-mail [email protected]