Croatian President Zoran Milanović and his wife Sanja Musić Milanović had an official visit to the Holy See on Monday.

After his 30-minute private conversation with Pope Francis, which took place in the Vatican’s Library Room, President Milanović also had a meeting with the Secretary of State of the Holy See Cardinal Pietro Paralin and the Secretary for Relations with States in the State Secretariat of the Holy See Archbishop Paul Richard Gallagher.

President Milanović confirmed that he had invited Pope Francis to visit Croatia. “The Pope is absolutely welcome in Croatia,” he said.

The President further confirmed that they also discussed vaccination. “Everyone in the Vatican is vaccinated, there is obviously a scientific view of the problem, and masks are rarely worn.”

“I’ve had a problem lately with this frenzy without any arguments. I’ve been supporting it for months, but now I don’t see any point because it’s not scientific. It can not be science the invention of vaccines, which is the result of the work of several brilliant minds, and this nonsense with measures. In Austria today, people who have not been vaccinated are forbidden to leave their homes, except for work. What is that, science?,” said President Milanović, answering a journalist’s question to comment on the letter of the Croatian Bishops’ Conference regarding vaccination.

“My message to citizens was to get vaccinated, but the citizens also have the right to protection against arbitrariness. Where are the human rights activists, where is the European Court of Human Rights, which has the ambition to draft constitutions for other countries? They are not here. The Pope said first – it is an act of mercy and love for oneself, think of oneself and get vaccinated. And I won’t ask you again if you were vaccinated. It is my duty to get vaccinated if I want the best for myself,” added President Milanović.

When asked by journalists what is the view of Pope Francis on the situation in the Western Balkans, especially in Bosnia and Herzegovina and Montenegro, President Milanović said that he had discussed the topic with Cardinal Paralin and Archbishop Gallagher.

“These are friends who want to help, they know a lot, but they don’t know everything. Their attitude is the one that suits us, they can help, of course there are limits to that. And we can help ourselves,” said the President, reiterating that he advocates a meeting with Serbian President Vučić and Turkish President Erdoğan”to sit down and see if we, as representatives of the people of Bosnia and Herzegovina with our help, can achieve more than second-rate diplomats who are making a mess in Bosnia and Herzegovina.”

“As long as Croats insist that they are not deprived of the right to elect their representative and turn to Sarajevo and say so, be happy and let the chills run down your spine when Croats turn their heads away from Sarajevo and say they are not interested. The intelligent conclusion is that Croats still care about Bosnia and Herzegovina. Let’s not waste it,” the President pointed out. 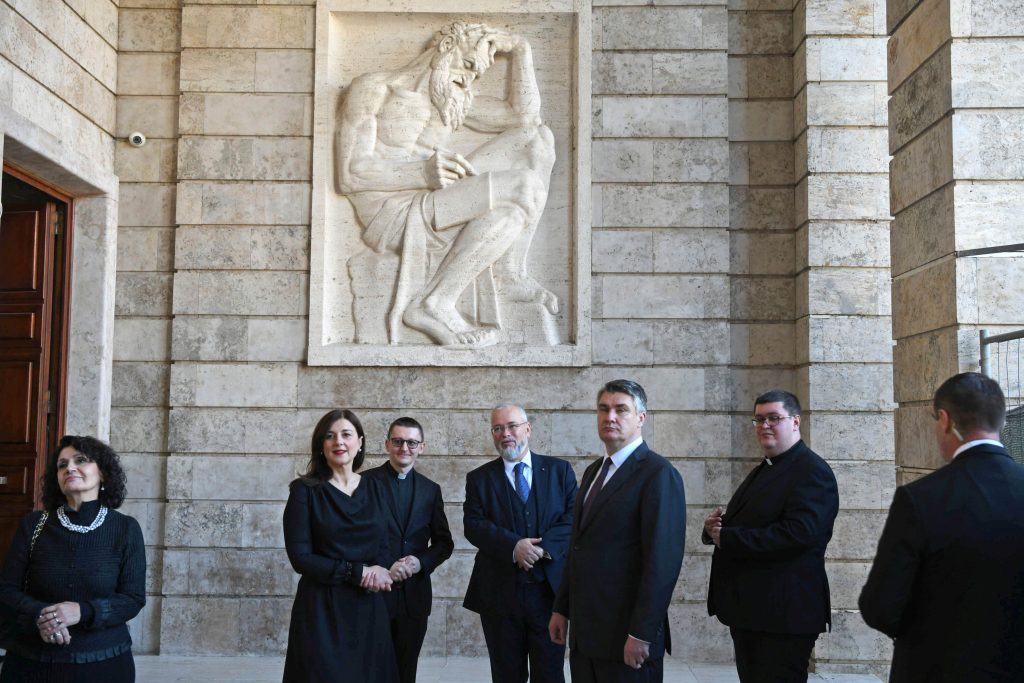 Speaking about the meeting with the Pope President Milanović said that he had given him a Glagolitic missal, a valuable and high-quality book about the Croatian identity. “And I told him about how the Glagolitic alphabet was the Croatian alphabet for centuries, and only then the Latin alphabet. The few Croats who knew how to write were Glagolitic, semi-literate priests who kept that tradition, their identity,” he said.

“There are religious and church issues where I have no right to interfere, that is not my job. We talked about the region, Europe, Brussels. Pope Francis has interesting views on Brussels as an already alienated centre of power that does not understand that European countries are historical, nation-states,” said President Milanović when asked whether bilateral relations between Croatia and the Holy See were discussed during the meeting. 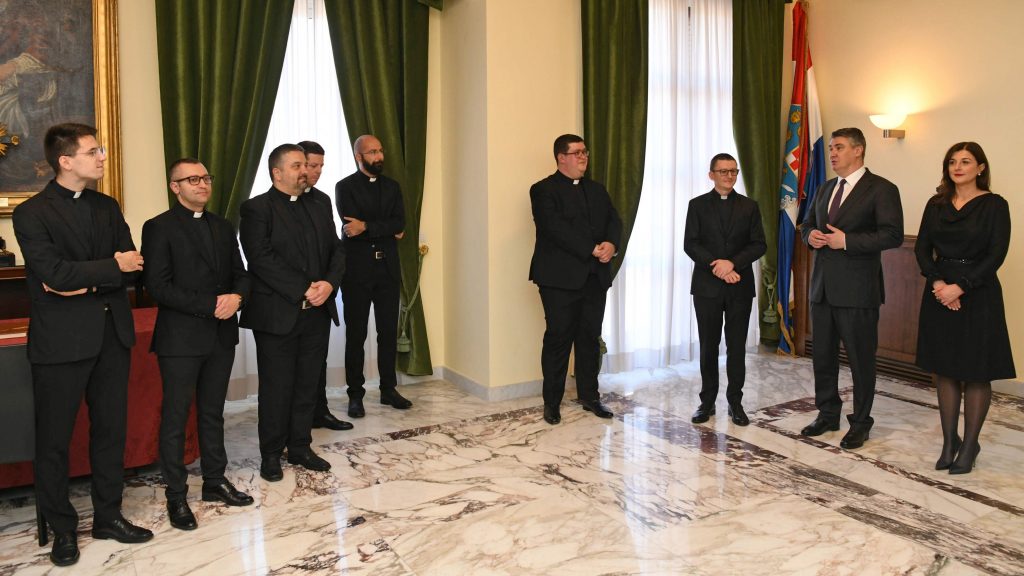 “We talked about the identity of Europe, about the problems of administrative management,” concluded President Milanović.

President Milanović also visited the Papal Croatian Institute of St. Jeronimo where he met with the rector don Marko Đurin and Croatian students of Catholic universities in Rome.