Foreign police cooperation during summer has gone on for 12 years now (Photo: MUP)

Police officers from China will work in Croatia helping out Chinese tourists next summer after an agreement was signed between the two nations on Monday in Zagreb.

The foreign police officers involved in the project over the years usually spend a couple of months patrolling the roads in popular tourists destinations where there are tourists from their home country.

“The “Safe Tourist Season” project has been around for 12 years, with 17 countries taking part and it is our pleasure that China, as the first nation from outside Europe, has joined the project,” said Croatia’s Interior Minister Davor Božinović.

Božinović says that there has been an increase in the number of tourists to Croatia from China, and expects it to grow even more.

“This year, according to statistics from the Tourist Board, there was an increase of 60% more tourists in Croatia from China compared to last year when there was 100,000. We are heading towards 200,000 tourists from China and I am sure that will increase even more,” he said.

The work side by side with their Croatian counterparts and mainly act as interpreters and helping holiday makers who get into trouble. Their main task will be to help with communication and to help guide visitors about local rules and regulations. 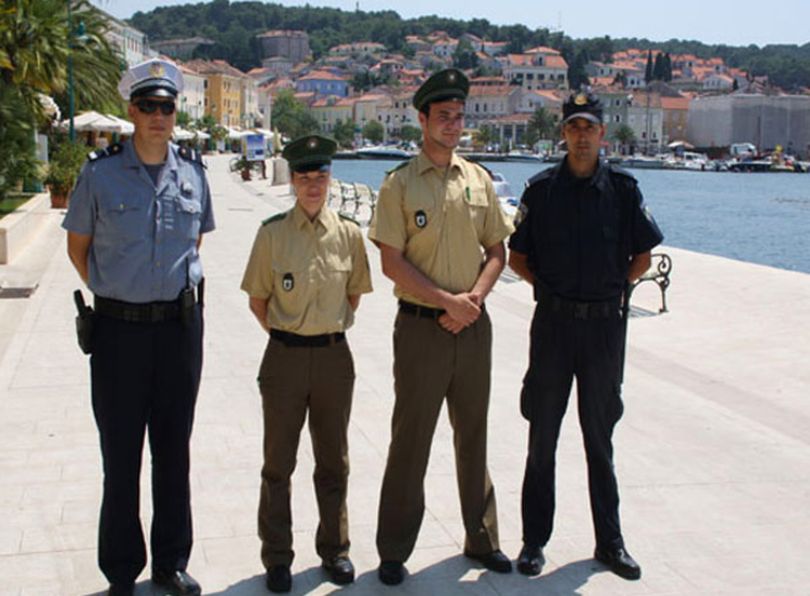 International police officers involved in the project so far have worn their own uniforms and do not have any powers on Croatian territory. “This measure has a symbolic significance, and on the other hand, experience shows that foreign tourists like to see members of their police forces in Croatia. This measure has contributed to an increase in the number of tourists, and with more than 100 million Chinese people annually traveling to various tourist destinations, we are interested in attracting more Chinese to come to Croatia to see personally the beauty our country,” RTL quoted Božinović as saying.