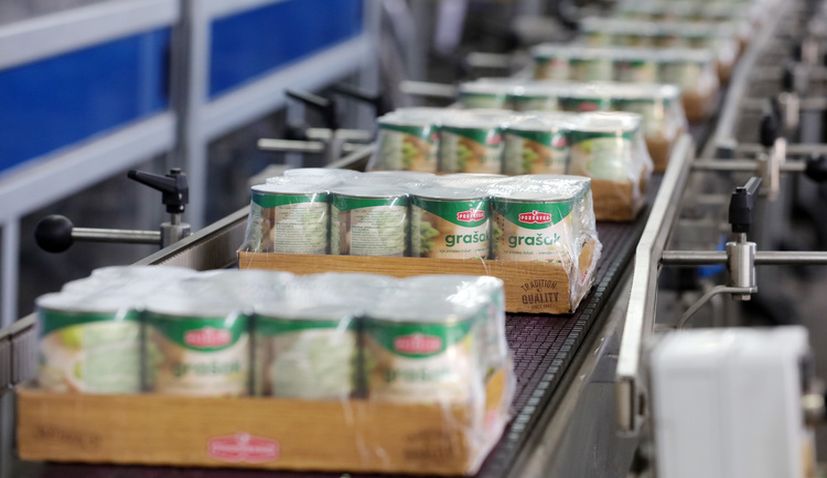 ZAGREB, 3 February  (Hina) – Podravka’s supervisory board on Wednesday appointed Martina Dalić, a former economy minister, as the president of the management board of that leading food maker in Croatia.

The decision made by the supervisory board at its session today was published by the Zagreb Stock Exchange (ZSE). Dalić “has been appointed for the term that begins on February 4th 2021, and ends on February 23rd 2022,” reads the statement.

Dalić comes to the helm of the management board after the previous board president, Marin Pucar, died on 6 January in the Koprivnica hospital due to a serious disease.

Dalić thanked the Board, which unanimously decided on her appointment, and shareholders for their trust, particularly the government as the largest single shareholder in this Kprivnica-based company.

She also thanked Prime Minister Andrej Plenković for his support and trust.

“Podravka is one of the largest Croatian companies, a regional company, a Koprivnica company and it is an exceptional honour to head a company with such a tradition,” Dalić underscored, adding that being at the helm of that company is a great responsibility.

As she said, she has spoken with the largest shareholders in the company, representatives of the state and pension funds who confirmed that their common aim is for Podravka to grow and develop, expressing their confidence that that is also the wish and expectation of workers, the local community and business partners.

Replying to reporters’ questions about Podravka’s future, Dalić said that she sees it as a “company that has an even stronger performance on the market, greater exports, as a company that uses new technology even more to improve business, profitability and productiveness.”

Asked how her engagement to head that Koprivnica food company came about and to comment on criticism that this is yet more proof that politics does not want to let go of Podravka, Dalić said that she was not in a position to comment on the process shareholders used and how they came to engage her for the job.

“I am personally exceptionally pleased that the largest individual shareholder – the government, supported my appointment,” she said and added that that means a lot but also represents additional responsibility because the ownership structure reflects the company and the state expects a lot from it but also at the same time, pension funds too expect a lot with regard to efficiency and profitability.

Asked about the Borg scandal which was the reason why she stepped down as the economy minister in the Plenković cabinet in 2017 and whether that could affect the company’s image, Dalić said that she explained her reasons for her resignation when she resigned as a deputy prime minister, and that she still stands by them. The background to all that, she said, are the results of the process of restructuring Agrokor.

“I can express my great satisfaction that that process succeeded and that Agrokor was bailed out, that the cost of the bail out was not covered by the state or the budget, which is something I advocated at the time. Hence, I think that the job done in Agrokor, which I conducted on behalf of the government on the most part with the help and support of the prime minister represents one great experience in fact and a great reference for this job. That is an economic process that succeeded and where we showed that here in Croatia we can manage big economic problems in a short period and with very favourable results for the economy and budget,” she underscored.

Answering questions from the press, the current Economy Minister Tomislav Ćorić said that the latest appointment was a good solution for Podravka and described Dalić as a competent expert who performed excellently in crisis management in the recent Croatian history.

I am sure that in the next 12 months Martina Dalić will do a good job, he said.

Asked by the press about the Borg scandal implicating Dalić while she was the economy minister and the Opposition’s accusations that Dalić was politically compromised, Ćorić said that in 2017 Dalić realised that “her further functioning at the helm of the government’s economic department would almost be impossible” and therefore she stepped down as the minister.

Three years after that I cannot see any obstacle for this competent person who has proved her abilities in executive positions in the business sector, in the banking sector as well as in the government to help (Podravka) in this situation when unfortunately we are left without the (previous) successful board president, Ćorić said adding that from the point of view of the Opposition, all in Croatia are compromised.

The Borg scandal concerned members of a mailing group involved in drafting the so-called Lex Agrokor bill, some of whom later became consultants in the restructuring of the indebted Agrokor food and retail conglomerate.