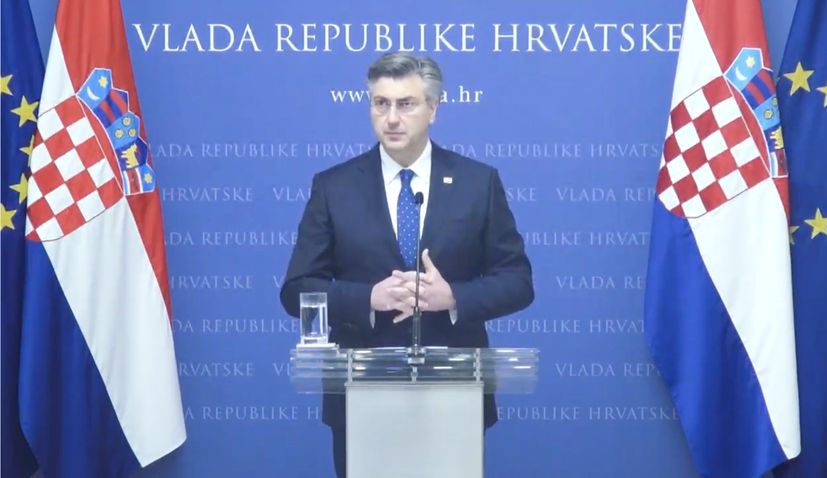 ZAGREB, April 3 (Hina) – Prime Minister Andrej Plenkovic on Friday presented to parliament the government’s April set of measures to help the economy, saying the state and society were in a period demanding unity, responsibility, self-discipline and patients of all.

“Everything we are doing, we are doing to send a message of solidarity of all in Croatian society in extraordinary circumstances,” he said.

We will remember March 2020 for a long time as it changed our plans and achievements, marking the start of a new normal with which we will live, he added.

Plenkovic recalled that the government’s set of 63 measures to help the economy in March worth HRK 30 billion was proposed to curb the fallout of the COVID-19 pandemic.

The latest measures are coming not just in the context of fighting coronavirus but also the magnitude 5.5 earthquake which struck Zagreb and its environs on March 22, he said.

HRK 400 million paid out on Thursday to help economy

Plenkovic said the March set of measures was already in effect and that the tax authority received nearly 65,000 requests by 2 p.m. on Thursday, processing 64%.

Measures by other ministries are also being implemented, he added.

Speaking of state expenditures, Plenkovic said all state budget beneficiaries were cutting costs. We will embark on talks with the social partners on the situation we are in, he added.

“Regardless of how the situation develops, pensions won’t be touched, either for March or April or May or June. We’ll always find funds for them,” the prime minister said.

He noted that the government had undertaken bailout measures before the European Commission did the same for all of the European Union. He said it would help a lot if Croatia were a member of the euro area.

As for the financing of the bailout, Plenkovic said it was being coordinated with the central bank and commercial banks in Croatia, and that international markets were also being considered.

With this set of measures, we will stand behind Croatia’s workers and economy. We expect your support, he told MPs who today will discuss bills related to finance and tourism, and on Monday those related to the Interior Ministry and agriculture.

The prime minister again extended his condolences to the family of a girl killed in the Zagreb quake.

He also thanked all services who have been doing their utmost in recent weeks to preserve public health – doctors, nurses, police officers and shop workers.