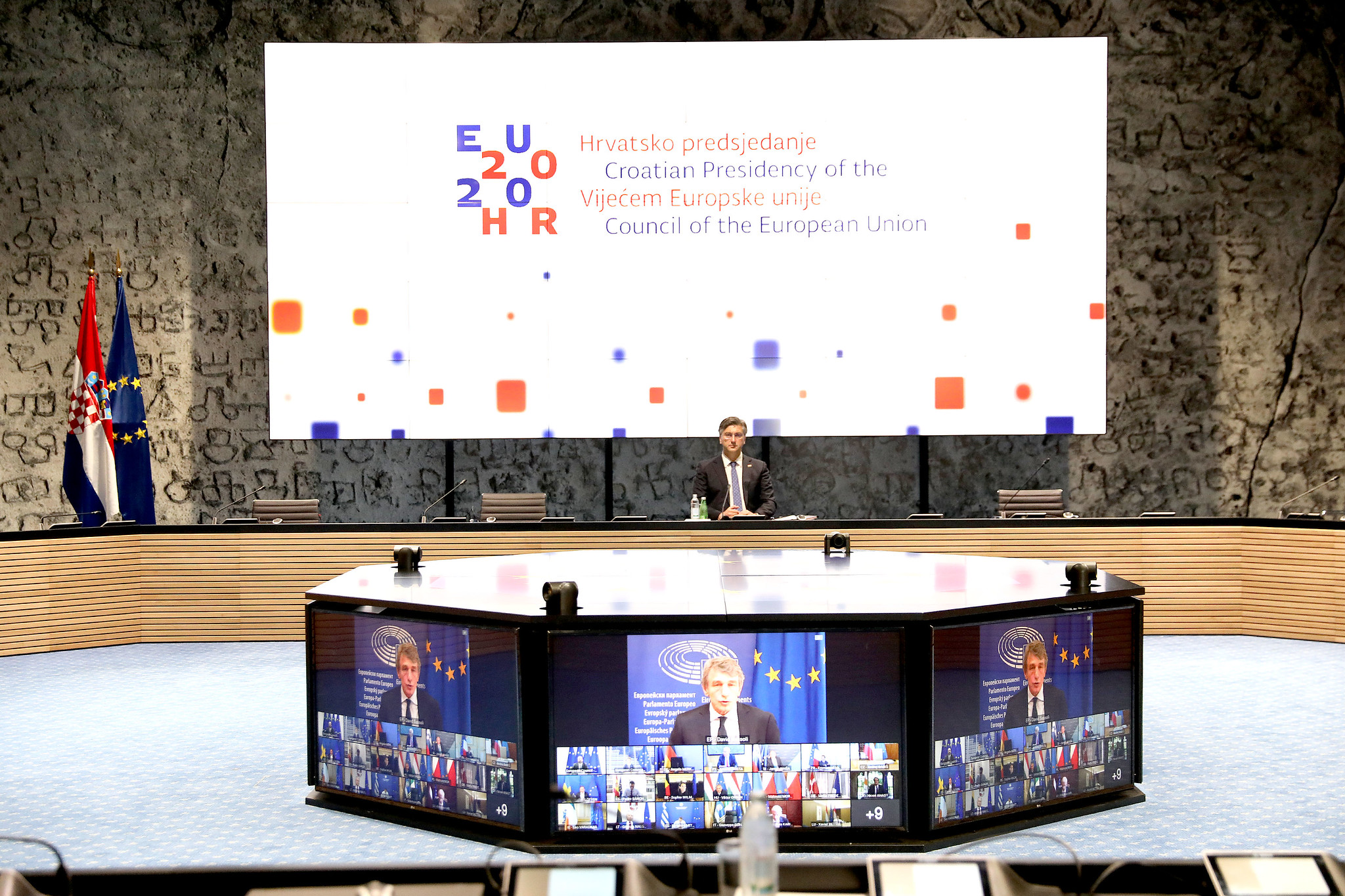 ZAGREB, June 19 (Hina) – Croatian Prime Minister Andrej Plenkovic said on Friday that the billions of euros intended for Croatia in the EU’s plan for recovery from the coronavirus crisis were not in question despite objections from some member-countries to the €750 billion plan.

At a video-conference to be held on Friday, EU leaders will discuss for the first time the Next Generation EU recovery plan and a proposal for the new seven-year budget, worth 1,850 billion euros in total.

The value of the recovery plan of €750 billion, proposed by the European Commission, is opposed by the so-called frugal four – Austria, Denmark, the Netherlands and Sweden.

More than ten billion euros has been intended for Croatia for a period of four years, of which three-quarters are grants and one-quarter are favourable loans.

Speaking ahead of today’s video-conference, Plenkovic said that the funds intended for Croatia were not at risk.

“Definitely not. I think that we can be satisfied considering that the criteria by which the EC was guided were rather comprehensive, and it is also a fact that the two most influential countries, Germany and France, have supported (EC President) Ursula von der Leyen’s proposal,” Plenkovic told reporters.

“I think that the final agreement will be very close to what is on the table today. I do not expect any major changes.”

The “frugal four” do not want funds envisaged by the recovery plan to be given as grants but rather as loans.

There is also dissatisfaction among some members of the Friends of Cohesion group which fear that they will get less money and that more funds will go to wealthier countries which were in problems also before the crisis.

Plenkovic said that more talks should be held with the “frugal” countries but that most EU members were very much in favour of the EC plan.

“It shows that the EU stands behind each one of its citizens in each member-state after this unprecedented crisis.”

“I believe that… as early as the start of the German EU presidency we will be able, after this preliminary debate, to start talks on a deal because it is important to reach it as soon as possible so that everything is prepared by early January 2021,” the PM said.

Germany takes over the rotating EU presidency from Croatia on July 1.

EC President Ursula von der Leyen said ahead of today’s summit that the recovery plan, together with the new multiannual budget, was an opportunity the EU must not miss.

She warned that agreement had to be reached soon as there was no time to waste.

European Council President Charles Michel said in a letter to the member states’ leaders, inviting them to today’s summit, that the meeting should be the key step towards an agreement to be reached at the next summit of heads of state or government, which they were expected to attend in Brussels.

According to unofficial reports, the summit should be held in the first half of July, and July 9 and 10 are being mentioned as possible dates.

The last physical EU summit was held in Brussels on February 20 and 21, when leaders failed to agree on the Multiannual Financial Framework (MFF).

But that was before the coronavirus pandemic which has completely changed the situation, having almost completely halted the economy which is threatened by the deepest recession since the Great Depression of the late 1920s.