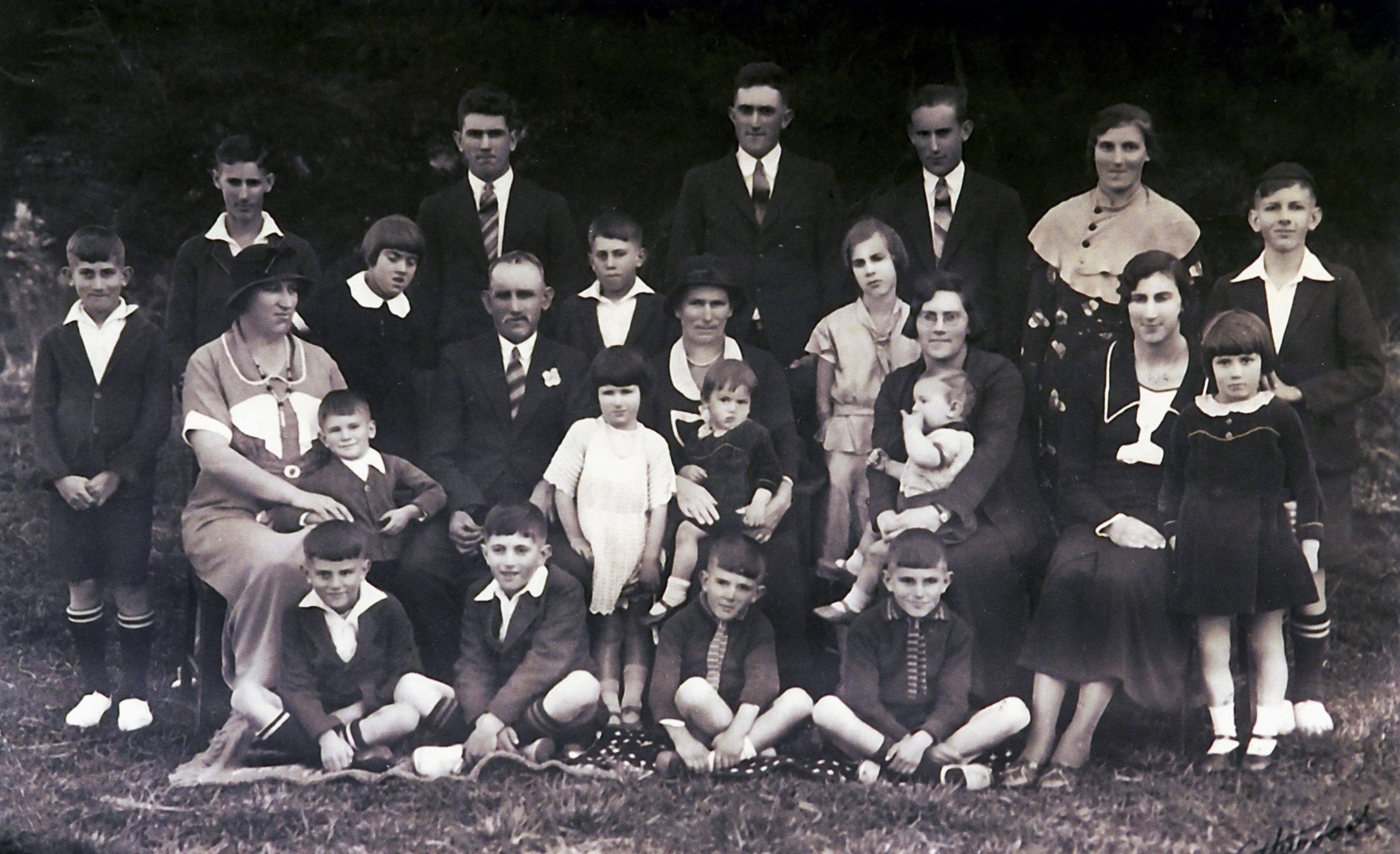 This is the story of the Srhoj family.

Mate Srhoj was born in Bogomolje, a small village midway across the island of Hvar. In Croatian, Bogomolje means ‘place of worship’. Once Bogomolje was a thriving village, but that was many years earlier. In the 1890s and 1900s, large numbers of men and women left behind the rocky landscape in search of new opportunities in other parts of the world.

Three cousins, Mate and Jakov Srhoj and Toma Jerkovich, together with their friend Kuzma Matijevich, left their village in 1897, in search of a better life in New Zealand.

Their first impression on arrival was intriguing. No passports were required and there was no customs officer to deal with. Records show, that they made their way north by rail to Helensville, where they took up gum digging, most likely towards the South Kaipara Heads and north of Helensville. After some time working together, Jakov returned to his homeland. In 1901, Mate, Toma and Kuzma pooled their resources and bought a block of land, the site that Kaipara College is now on. They planted fruit trees, grapes and established a vineyard.

In 1903, whilst still in Helensville, the partners became naturalised British subjects.

Mate’s sister, Jelena Srhoj, and Kuzma’s sister, Vica Matijevich, came out from Dalmatia. (‘Srhoj’s Down Under’ state that Jelena came out to New Zealand in 1902.)  Vica was the daughter of Nikola Matijevich, a farmer from Bogomolje.

On 19 August 1905, there was a double celebration; Mate Srhoj married Vica Matijevich and Kuzma Matjievich married Jelena Srhoj. By this time, the block at Kaipara was not enough to sustain the two families and with the arrival of Mate Huljich from their home village it was more difficult. On 2 November 1905, in Helensville, Toma Jerkovich married Marija Kraljevic. 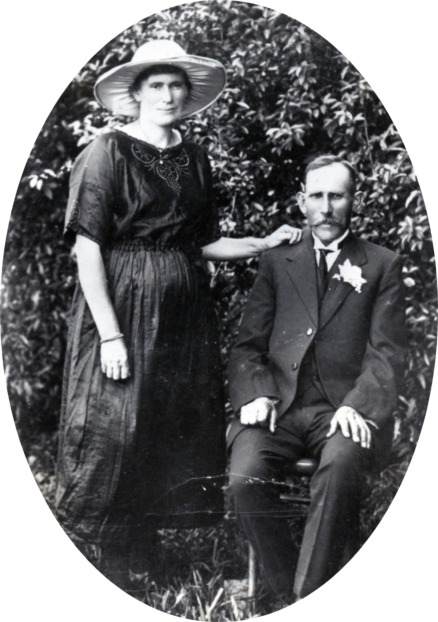 Gum reserves were diminishing, and people had started to leave the area. Harsh times and rising debts left the three original partners with no option but to file for bankruptcy. After the land was sold and debts settled, they all left Helensville for Northland.

Transport from the Kaipara to the Far North was difficult and tedious. It took them several days to reach Waihopo on the Houhora Harbour. They settled down to dig gum there for a while, then the partners moved off in separate directions within the district.

Mate and Vica settled at Waiharara, the centre of a rich gum digging region which was close to the sea and transport. They had a family of eight children; Mary, Victoria, Mate, Alice, Andrija (Andy), Ljubomir, Olga and Miljenko (Millie).

Digger numbers were rising constantly, and business opportunities were there for the taking. Mate opened two general stores, one at Waiharara and another further north at Bunkal.

Before World War I, Mate Srhoj and his friend Kleme Milich, built a recreation hall they called the ‘Slavia Hall’. Later they added a small library and a billiard saloon.

During the war years, Srhojs closed the store at Bunkal. The Slavia Hall was the centre of local entertainment. Many functions, including patriotic fundraising, were held there. Mate Kuluz, an early photographer, showed silent movies on a regular basis.

This was a good time financially for the Srhojs, and gradually they built up their land holdings, to 400 hectares (1000 acres). However, it was rough gum land, deep gum holes everywhere, stripped of topsoil and lacking fertility.

The Srhoj family were one of the first of the northern Dalmatian/Croatian settlers who seized the opportunity to positively make the transition into dairy farming. It was through the joint efforts of the family working together; burning off the scrub, filling in the gum holes, ploughing the land with horses, sowing grass seed and fencing, to establish a dairy farming enterprise. Many others in the Far North took up dairy farming and they too succeeded as farmers. 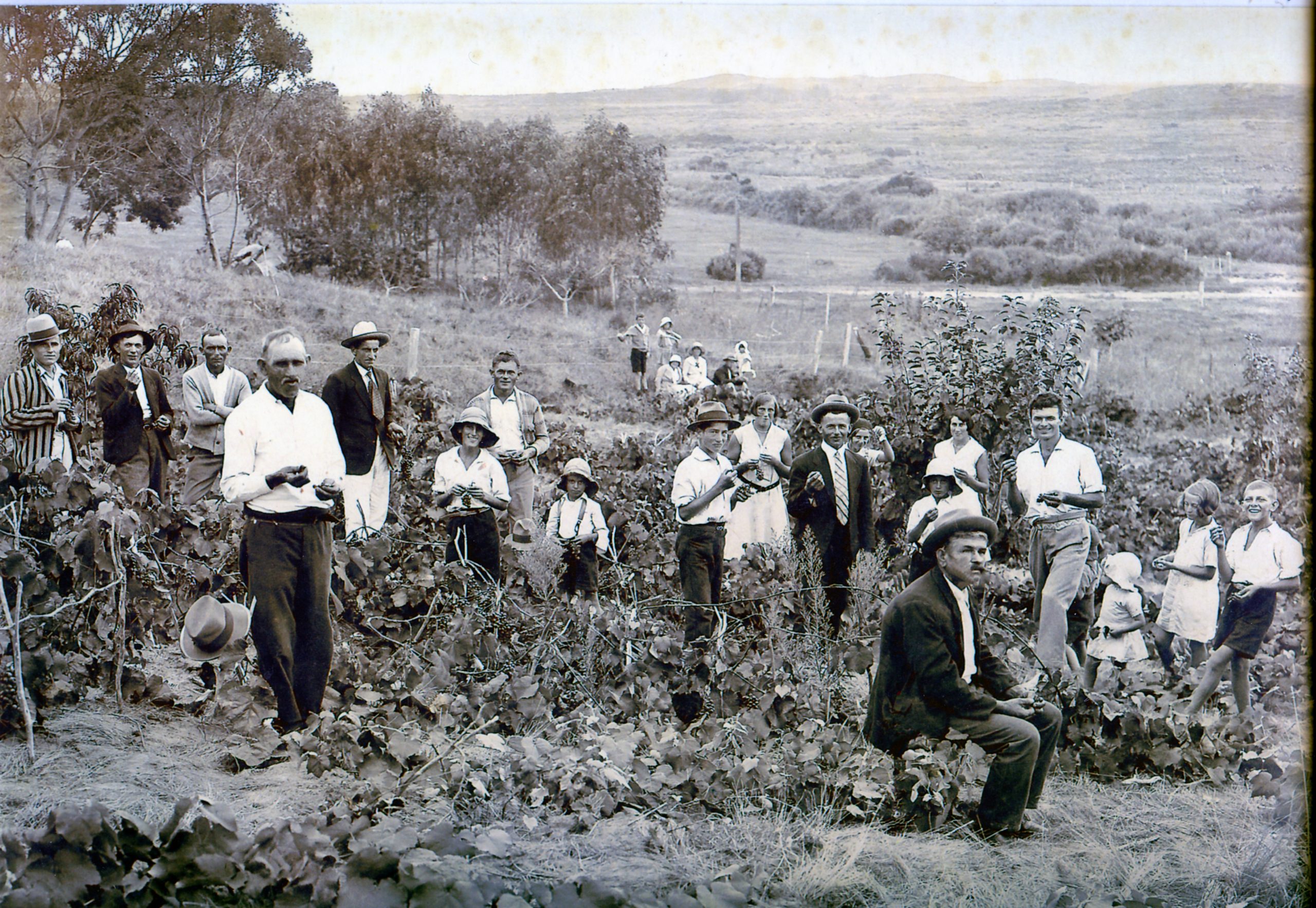 Mate Srhoj was highly regarded by the northern settlers. His home was always open to anyone requiring assistance, particularly young men who had just arrived in the north. Mate gave them advice and guidance which many took and were thankful for. He died in 1964 at the age of 92. Vica died in 1969 at the age of 84. They are both buried in the Waiharara Cemetery.

With the help of his family, Mate made a valuable contribution towards the development of the Far North in its early stages and difficult beginnings of dairy farming. His receptive attitude to modern ideas in farm development and willingness to take financial responsibility, combined with prudence, was remarkable. A tradition of worthy service built by him, will long be remembered in Northland. In 1977, the 80th anniversary of Mate’s arrival was celebrated at Waiharara. Two hundred and ten people came from near and far, a supreme tribute to Mate.

In 1997, the Srhoj’s extended family gathered once more at Waiharara to honour the 100th anniversary of Mate’s arrival in New Zealand. 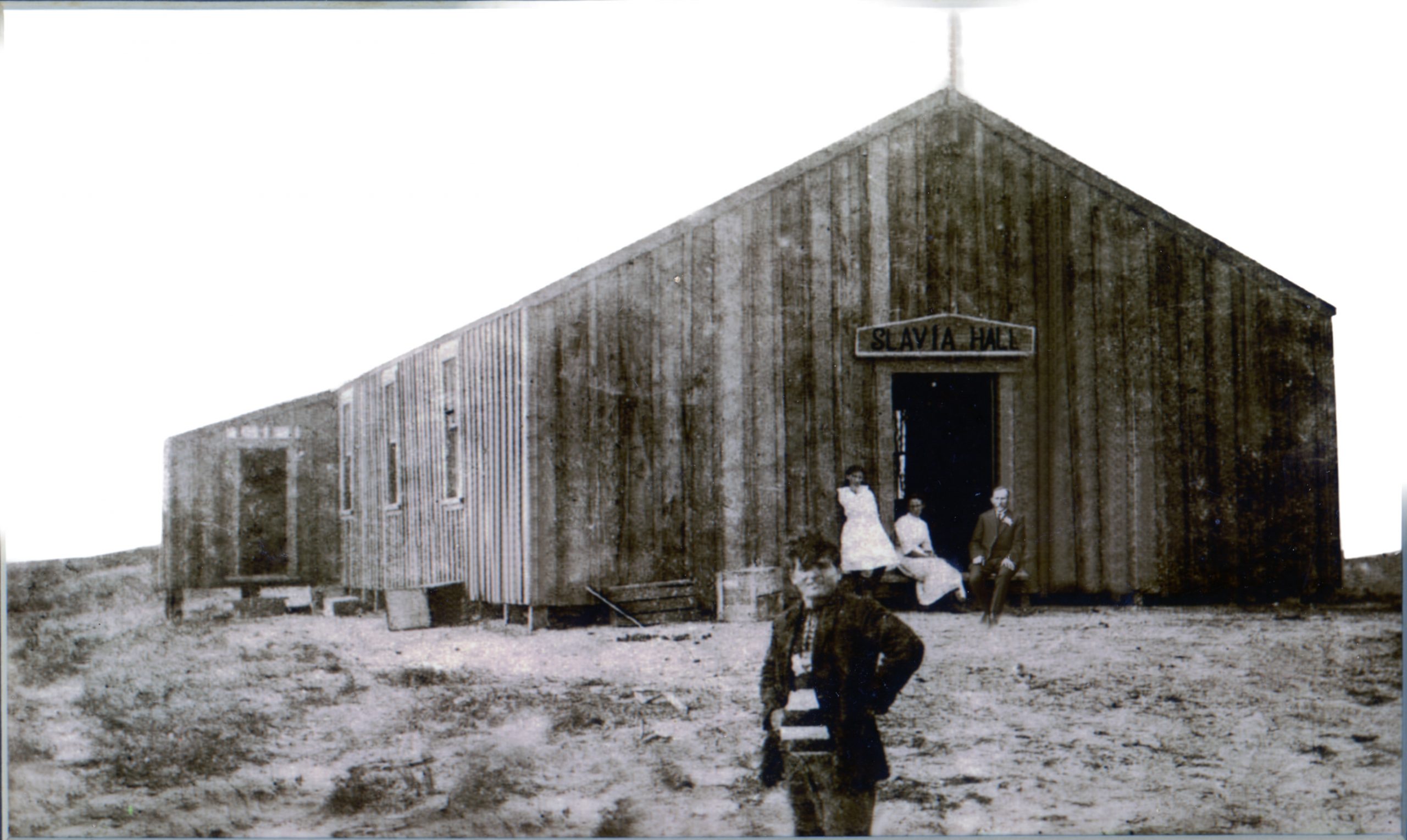 Mate and Vica’s children were all highly respected, members of the community. Millie Srhoj left a record of unprecedented community service that will be long remembered. He spent almost 50 years in local government and campaigned all his life as the staunchest champion for the benefit of the Far North. Space does not permit his total record of service, to follow is a sample:

In October 2004, Millie Srhoj was honoured by the Far North District Council to be recognised as the Inaugural First Citizen.