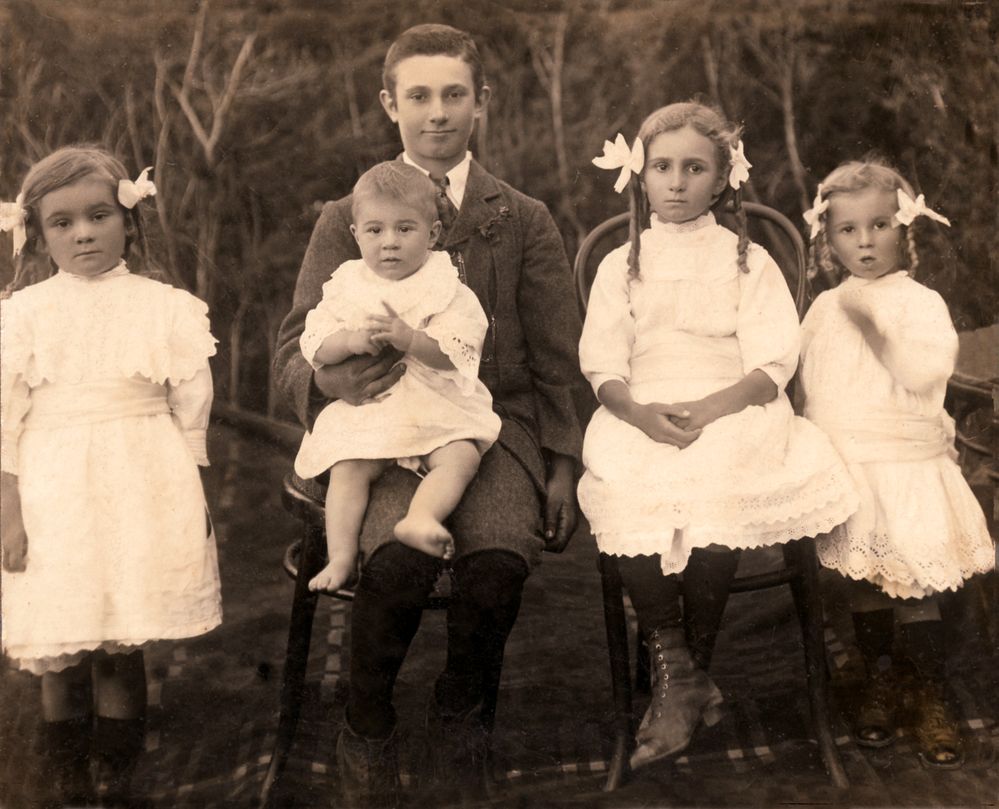 One interesting story from the book features Nikola Lupis from Nakovan Pelješac and Frana Bilčić from Bogomolje, on the island of Hvar.

Nikola Lupis, the son of Ivan Lupis and Ana, nee Bogojevic, was born in Nakovan, one of the oldest settlements on the Pelješac Peninsula. Archaeologists claim that it was first inhabited 8000 years ago. The district includes two villages, Upper and Lower Nakovan. Today these villages are deserted, but once a year in September, they come alive for the annual Nakovan Festival. (The author attended the festival in 2012.)

Nikola first came out to New Zealand in 1890 and was digging gum in Waiharara. About 1898 he returned to Nakovan and he married Frana Bilčić in the following year. Frana was the daughter of Jakov Bilčić and Perina, nee Urlić. (Incidentally, Perina lived to the great old age of 103.) 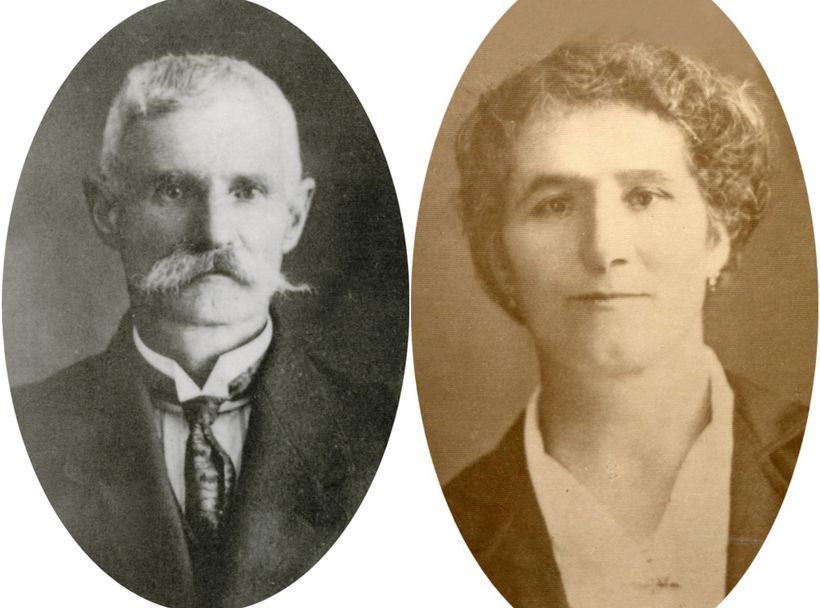 Frana’s first child, Ivan/John, was born in 1900. Not long afterward, Nikola returned to New Zealand to work in the gumfields of the Far North. When he saved enough money he bought passage for Frana and John to join him.

They arrived in Awanui in 1904, having come by sea from Auckland. Nikola met them and took them to Waiharara on horseback. Frana was stunned by the emptiness and ugliness of the land. She was overcome by the isolation, lack of amenities and the lack of friends and family for support. It was a hard life on the gumfields, living in the most basic shanty.

Fortunately, she showed great fortitude and resilience and she adjusted her expectations to work alongside her husband. She made their modest shanty spick and span and developed a vegetable garden. 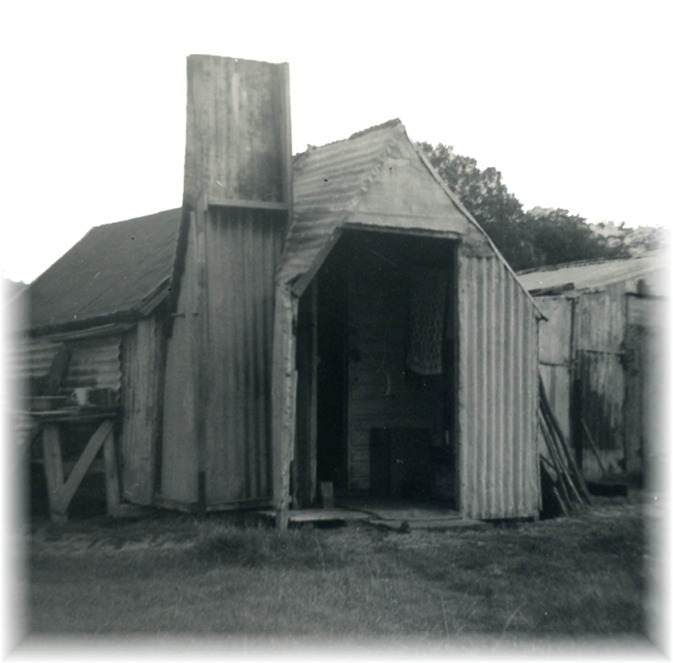 Lupis family home on the gumfields

Frana and Nikola had four more children; Mary, Violet, Annie and Florence. Frana was one of the first Croatian women to live on the gumfields. She was a quietly spoken lady who went on to help many other young women who subsequently arrived from Dalmatia. She was their mentor, their comforter, and in many cases served as their midwife. She delivered 24 babies into the world during the 20 years she was in the Far North.

Father Brunner came at three monthly intervals to give Mass at the Waiharara Hall and this was when children could be baptised. He often visited the Lupis shanty when he came.

Frana baked camp oven bread each day. The children walked across the gumfields to Waiharara School carrying their lunch; their sandwiches spread with dripping and in the winter a sack for a raincoat.

Years later, Florence told her children that she was embarrassed she did not have a raincoat like some of the other children. She hid her sack in a tree before she got to school. John attended school at the time when the old school building 15 ft x 25 foot was replaced with a new classroom 27 ft 6 in x 20 foot with a porch 14-foot x 10 foot erected on a two acre, less swampy site.

Life was so difficult that Nikola and Frana thought perhaps they had made the wrong decision in leaving Nakovan. So in 1921, they returned to Dalmatia to Lovište on the Pelješac Peninsula. However, it did not take long to realise there were better opportunities to be had for their family in New Zealand. They returned in January 1924 on the ship Orandes from Napoli, Italy.

They went back to the gumfields for a short time, then moved to Auckland and bought a fish shop at Point Chevalier. Business was very good while the tram depot was outside their shop. When they were informed the tram rails were to be extended to the end of Point Chevalier Road, Nikola and Frana decided it was time to sell and relocate. They bought another fish shop business in the city at 120 Victoria Street. (This site is now occupied by TVNZ.) Nikola and Frana worked long hours, six and a half days a week. The sales from the half day they worked on Sunday covered their rent.

Their son, John Lupis, returned to the Far North and became a fisherman. He fished in the Rangaunu Harbour and at Houhora. He was one of the main suppliers of fish to Yelavich’s fish and chip shop in Awanui and Vegar’s shop in Kaitaia.

Florence loved music and taught herself to play the Tamburica. She grew up fluent in speaking and reading English, Croatian and Esperanto and became an announcer on the 1YA Esperanto radio programme. In 1933 she married George Mazuran.

George also came from Nakovan. He won a scholarship to the Knin Agricultural and Viticultural College to study before he left his village at the age of 16 to come to New Zealand.

From the time he landed, his ambition was to buy land to grow grapes and make wine as his father and grandfather had done. George and Florence established Mazuran’s Vineyards Limited on Lincoln Road, Henderson.

George Mazuran built up a respected reputation producing fine sherries and ports. He served on the executive of the Viticultural Association and was president for 32 years.

He was a skilled negotiator, doing much to develop the New Zealand wine industry as we know it today. In 1972 George Mazuran was honoured with an OBE. He and Florence travelled to London to receive the award from Queen Elizabeth II. 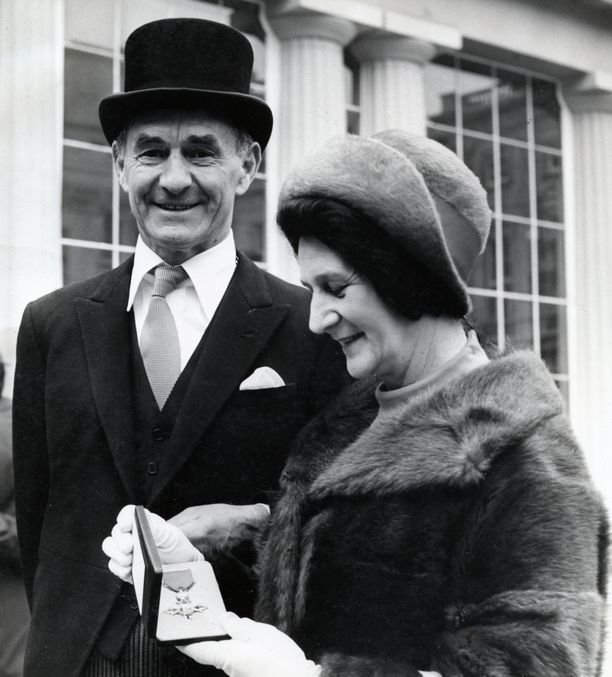 George Mazuran OBE JP with his wife Florence Mazuran, after being invested with the OBE by Her Majesty the Queen at Buckingham Palace on 2 November 1972