One interesting story from the book features Stipan Jelavić from Vrgorac and wife Perina.

Stipan was born in Ravča, Vrgorac the son of Mate Jelavić and Manda Maić. As a boy Stipan helped to look after the family’s sheep and goats. From the age of twelve he worked on the family land, where they grew potatoes, corn, tobacco and grapes. At the age of eighteen, he left home in 1912, bound for Western Australia.

He spent 20 months there, working as a bushman, chopping timber for the boilers in the mines. There he met up with his friend Luka Vegar from his home village.  Both had brothers working in New Zealand, so they decided to go there as well, gumdigging.

On arriving in New Zealand, Stipan stayed with older brother Ante (Tony) who had been working on bridge building and railways. Following this he travelled north to try gum digging with his cousins, Tony and Peter Yelavich (Anglicised version of Jelavić) around the Waiharara and Sweetwater areas. Stipan and Perina with Drago on the gumfields of Ahipara.

During WW1 he was among the 55 Dalmatians conscripted to work to widen the Awanui River in 1918. After the war Stipan went back to gum digging, this time at Paparoe together with Martin Nikolic.

In 1921 he came to Auckland for one year to play football. He returned to Paparoe then in 1926 he went on Ahipara Hill gum fields, where he dug gum for a further 15 years. He worked with group of diggers on an 18 acre block and assisted with the laying of the road out to Ahipara township.

He was an athletic man, a keen sportsman and a clever axeman who competed in chopping competitions with distinction. He enjoyed duck shooting,  was a good shot with a rifle and enjoyed social occasions. Perina was born in 1905 at Podgora, near Makarska, on the Dalmatian coastline. She was a very capable and forward-thinking woman, a good cook and skilled in needlework, knitting and sewing. Perina left Podgora in 1928 to joint her brother Nikola in Auckland. From there she went to work for her Aunt, Mrs Glucina, at a boarding house in Whangarei.

This is where Stipan and Perina met. They married in 1930 at Saint Patricks Cathedral, by a priest visiting from Croatia. After their wedding, the couple went back to Ahipara Hill, to Stipan’s rustic shanty, where he continued gum digging and also acted as the camp barber. 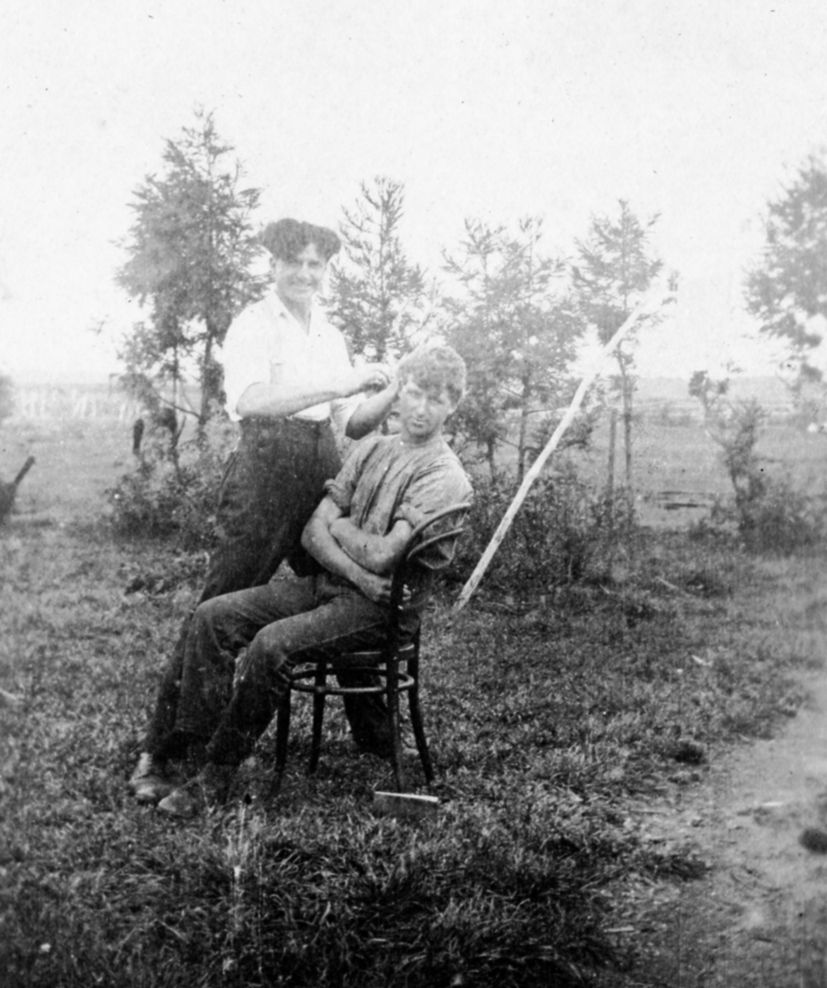 They had five children while living at Ahipara: Drago, Melina, Goyko (Goy) Gladys and Nellie. Tragically Melina died in 1935 aged only one year old, as a result of an accident.  Gladys became ill with flu like symptoms when she was three. She developed diphtheria and sadly died within days. The isolation of the gum fields was far more significant when there was illness. In 1941 the family settled in Awanui a small town near Kaitaia, just after electric power was introduced. Perina could not speak English, but she was a quick learner. They purchased a boarding house and billiard room. Behind the billiard room were five bedrooms, with toilet facilities.

The main building consisted off restaurant, lounge room, dining room, kitchen and bathroom. For the first five years Perina cooked on an old  wood stove. In 1946, Perina had the pleasure of cooking with her first electric oven. Yelavich’s Boarding house was a convenient and popular stop over place for those moving north and south. Travellers coming north from the Otiria railhead, by Alex Hutely or Taaffes bus used Yelavich’s boarding house as an overnight stop over. Yelavich’s also took the overflow from Flemings Awanui Hotel.

Perina’s wonderful meals, were popular and in demand. The billiard room was Stipan’s domain, with three full sized tables.

On 3rd of August 1950 in the early morning Yelavich’s wooden billiard room caught fire. The fire spread quickly and by the time Awanui and Kaitaia’s Volunteer Fire Brigades responded there was little they could do to save the building. They concentrated their efforts to save the boarding house next door, but this was delayed by a series of burst hose pipes.

Wind fanned the flames and little was saved other than personal effects, a refrigerator, a washhouse and an outside reefer box or refrigerator. At the time of the fire the boarding house was occupied by the Yelavich family, and seven boarders in occupancy. All managed to get out of the buildings safely but the building could not be saved.

In 1969, it was time for Stipan and Perina to retire. Stipan could now spend time bowling; both indoor and outdoor bowls were the sports he most enjoyed. They sold the buildings, land and business to Millie Srhoj and went to live with their son Drago and his wife Anna in Kaitaia. Perina died on the 9th of July 1973 aged 68.  Stipan died 10th July 1985) aged 91. They were both highly regarded and respected by the entire community at large.