The traditional ceremonial parade through the streets of Vinkovci in eastern Croatia has brought the 56th Vinkovci Autumn Festival to a close on Sunday.

The annual festival, which is one of the largest events in Croatia, is a celebration of the Slavonian lifestyle, habits and culture and gives festival goers an insight into all things Slavonian – including food, dance, music, costume and dialects.

On Sunday, around 60 folklore groups, including around 30 groups who were visiting, fifty horse riders and 25 carriages paraded on the streets of Vinkovci, presenting the traditional heritage that few can be proud of in such richness and diversity as Croatia can. This was followed by folklore societies whose members sang, played, danced and showed all the beauty of their costumes and customs through the streets of Vinkovci. 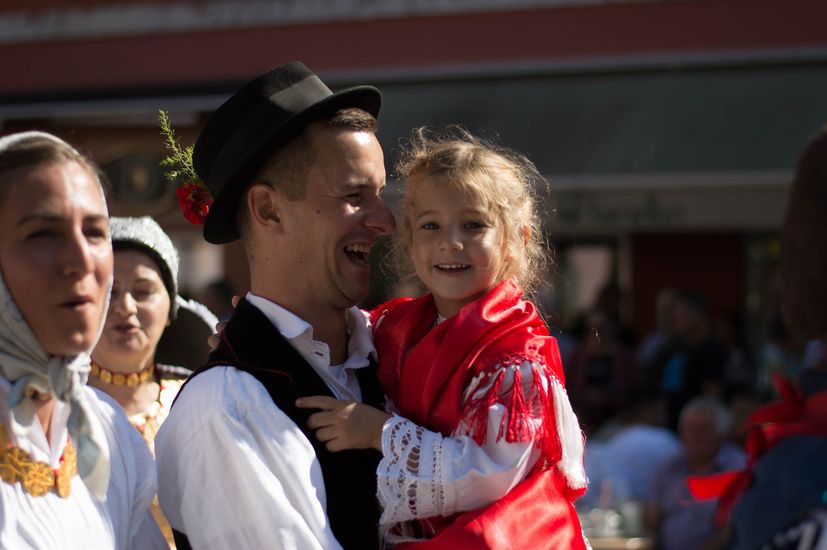 And behind the folklorists, as always, an attractive image that is eagerly awaited, the proud Lipizzaners and their even more proud owners, the horsemen and the ceremoniously decorated carriages. And finally, a big šokačko kolo where everyone got involved. The ceremonial parade is rightly considered the central event of Vinkovci Autumns because it completes everything that happened in Vinkovci over the past 10 days when it comes to traditional heritage, from Folklore Evenings as the County Folklore Festival of Vukovar-Srijem County, the parade of Children’s Vinkovci Autumns to the State Festival of Original Croatian folklore.