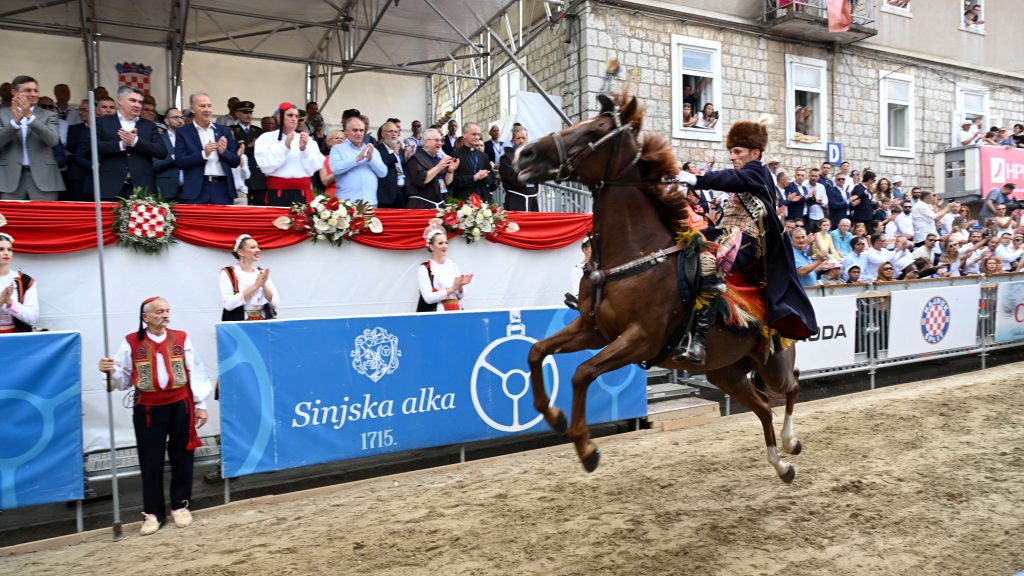 Ivković won the traditional event which has been held since 1715 for the third time after accumulating nine points on the day. Ivković also won the 300th and 304th Alka. 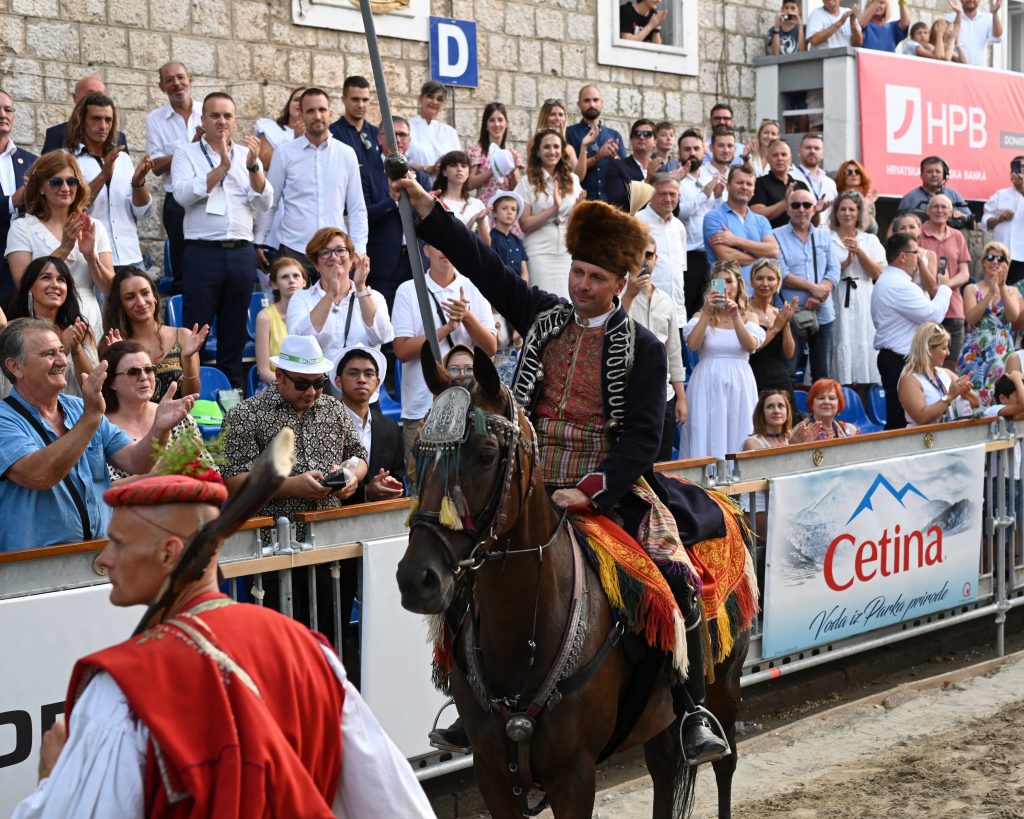 The event on Sunday was attended by the president of Croatia, Zoran Milanović, who hosted Slovenian president Borut Pahor.

“This region is a special, Croatian identity region from which I myself come from, which is a coincidence, but important to me. The duality, the duality of Alka is important as a male, warlike, rough discipline, military and victorious, into which the genetic code is woven on the one hand and the female one – the gentler, Marian, maternal part related to Mary, the protector, the Lady, the virgin, known to us as Gospa Sinjska,” said the President of Croatia, Zoran Milanović. 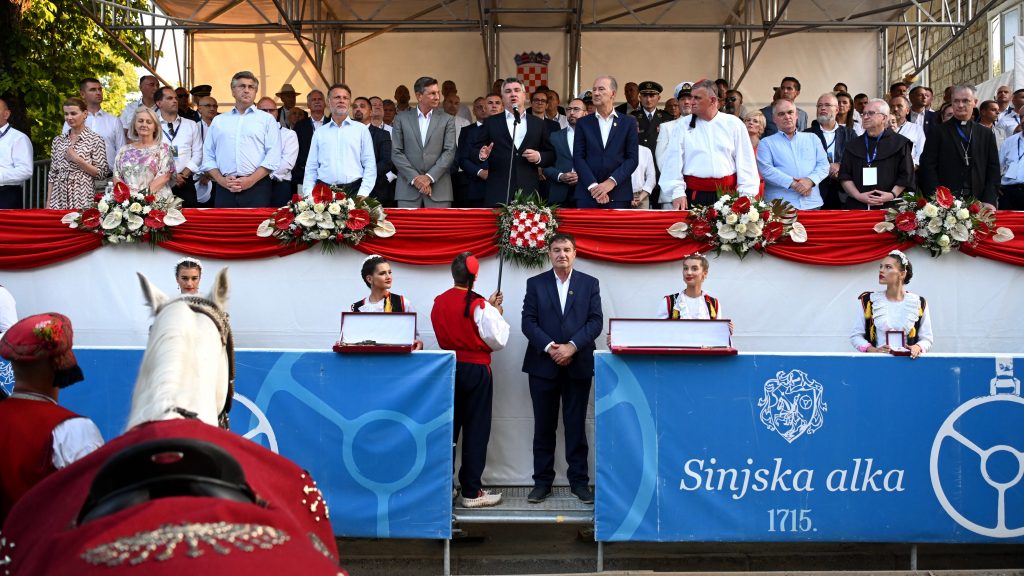 “Identity comes irrevocably and forever with the battle of Sinj and with what other areas in Croatia do not have. This is that identity and it is special because Alka and similar races were also run in Makarska, they were held even earlier than in Sinj, in cities all over Dalmatia, in Zadar, and only here have they survived. And that’s why on the 307th anniversary of Alka, on the 27th anniversary of the glorious victory of the Croatian Army in the “Storm”, that tradition is alive.

We must be faithful to it, but also know that it should be interpreted in a moderate, appropriate and measured way. Times are different today. The Turks are no longer enemies, we want to believe that they are friends. We want to believe that they understand the problems and difficulties of the Croatian people in Bosnia and Herzegovina today, which are not those of 300 years ago, but they exist and we would appreciate help,” President Milanović added. 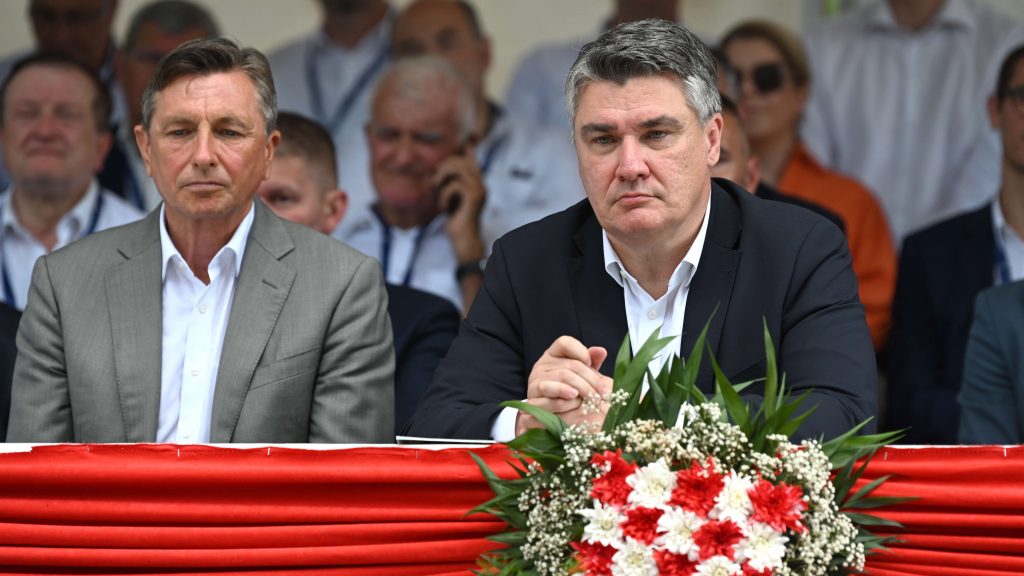 Sinjska Alka sees horsemen attempt to aim their lances at a hanging metal ring, known as the Alka, at full gallop. The ring, or Alka, consists of two concentric iron circles joined by three bars so that the distance between the circles is divided into three equal parts.

The central circle, which is the smallest one, is worth three points (punat), the upper field two points, and two lower fields one point each. 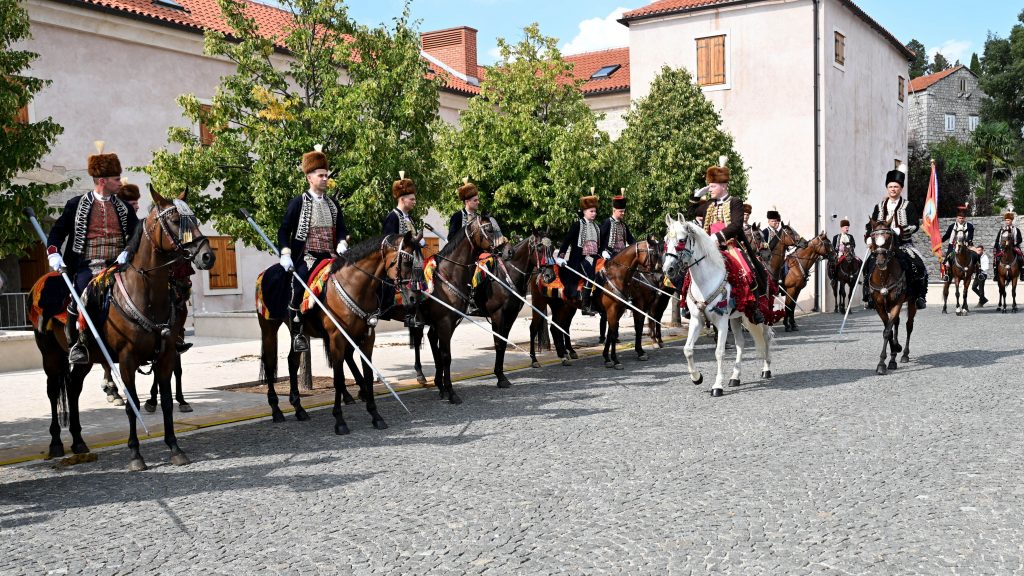 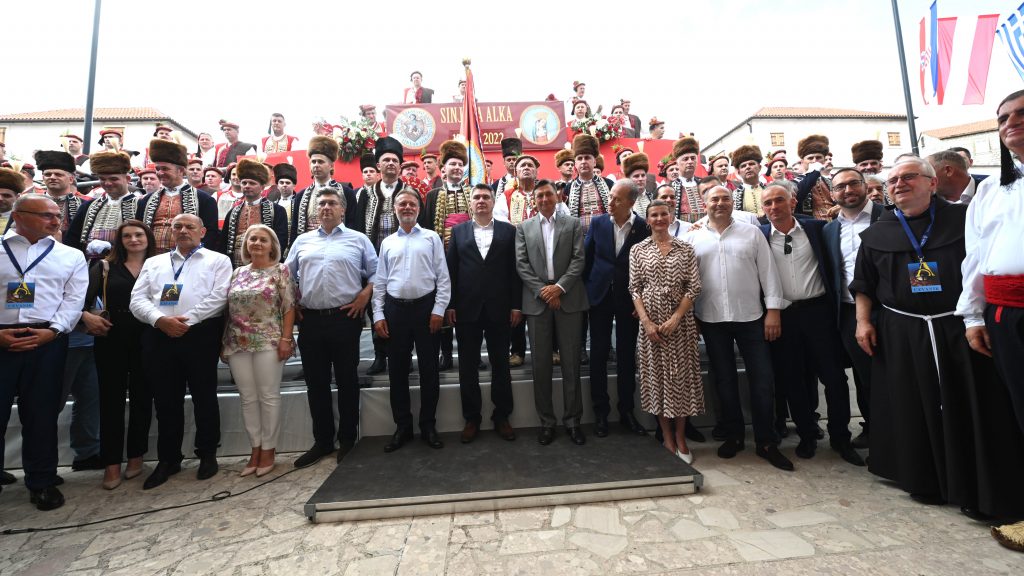