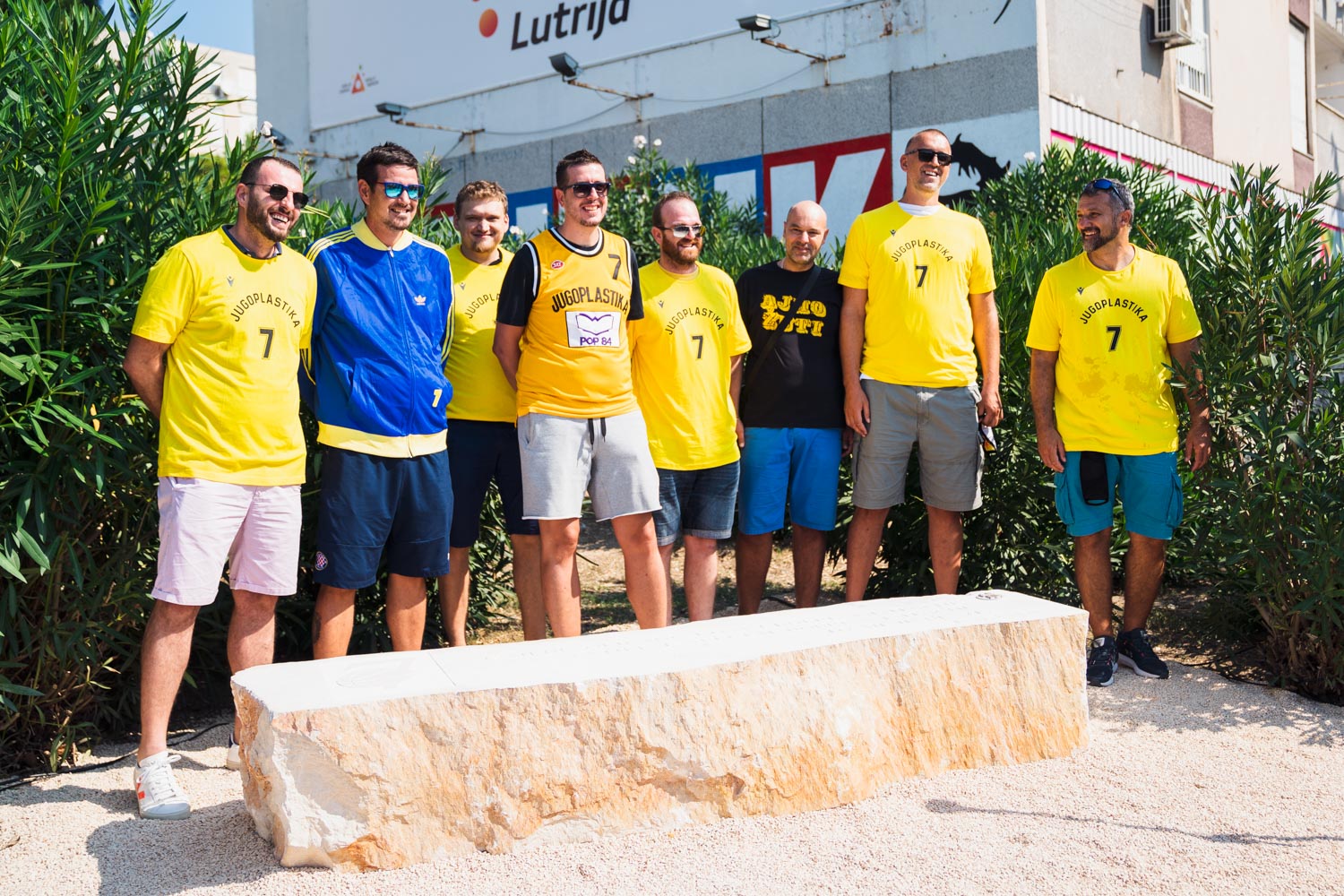 SPLIT, 12 September 2020 – Croatian basketball legend Toni Kukoč has been honoured in his hometown of Split with a special stone bench which was unveiled on Saturday.

The bench, which is carved from Brač stone, is located In front of the building in Split where Kukoč grew up and is about 200 meters from the hall where Kukoč began his career.

The bench was unveiled at 11:07 on Saturday morning, which represents his jersey number and a well-known quote of his is carved on the bench. 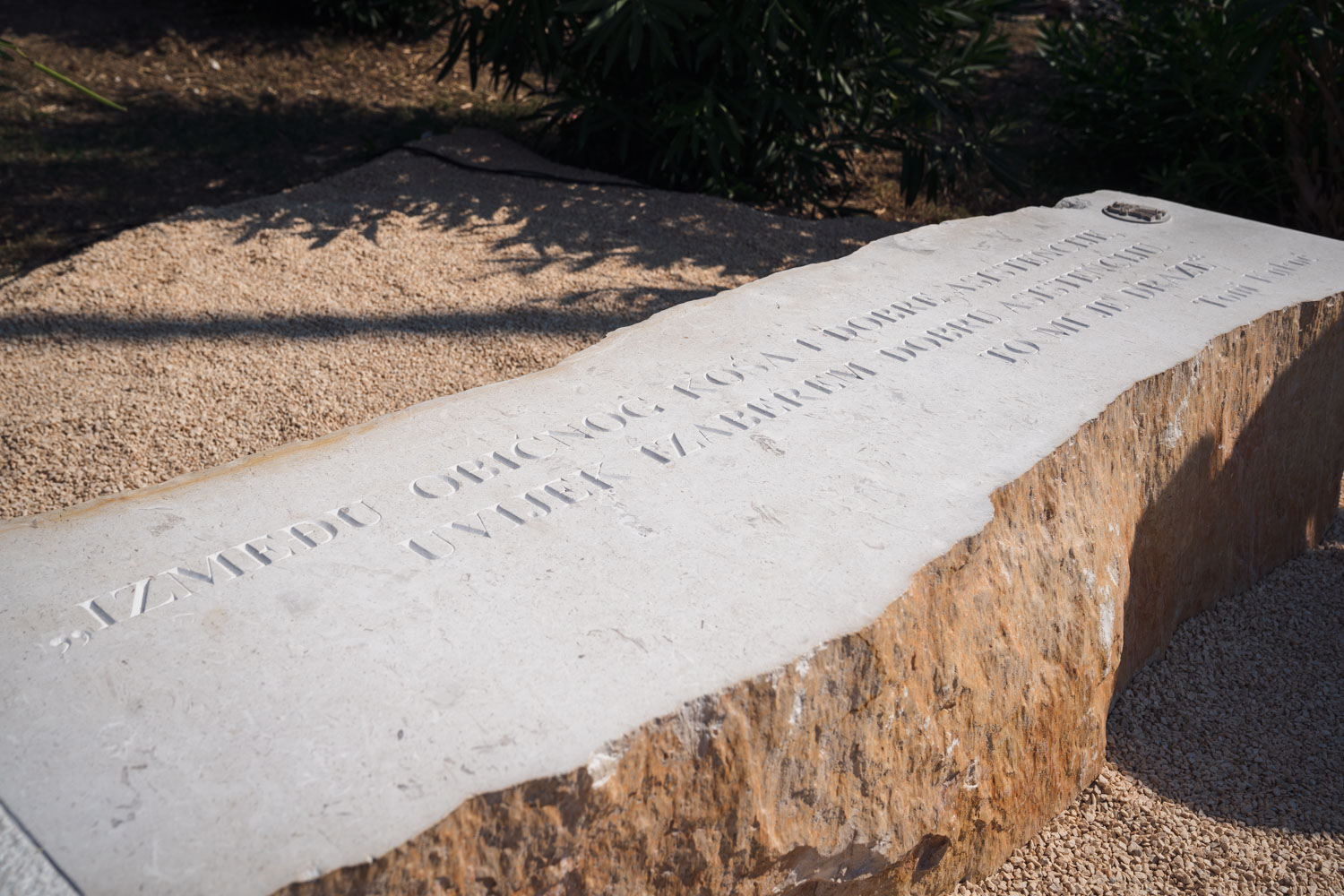 “The idea is very simple, we were frustrated that someone is always ‘better’ than our Toni, and when you put everything on paper, Toni is absolutely the best player of all time in Europe,” said Sergij Vujnović, the creator of the idea. Kukoc, who has already been inducted into the FIBA international basketball Hall of Fame, was one of the first established European stars to play in the NBA, winning the NBA Sixth Man of the Year Award in 1996 and 3 NBA Championships with the Chicago Bulls in the 1990s. 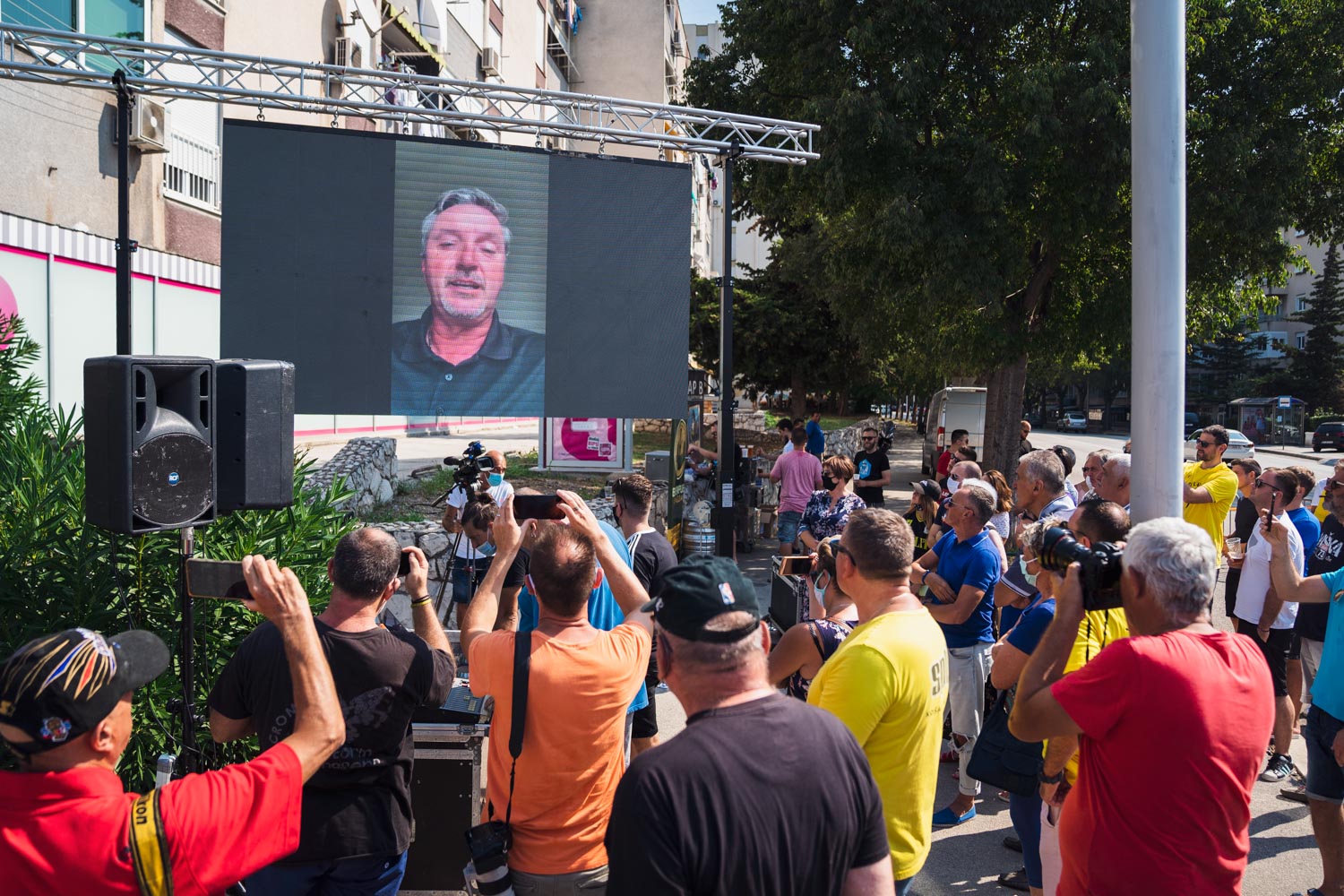