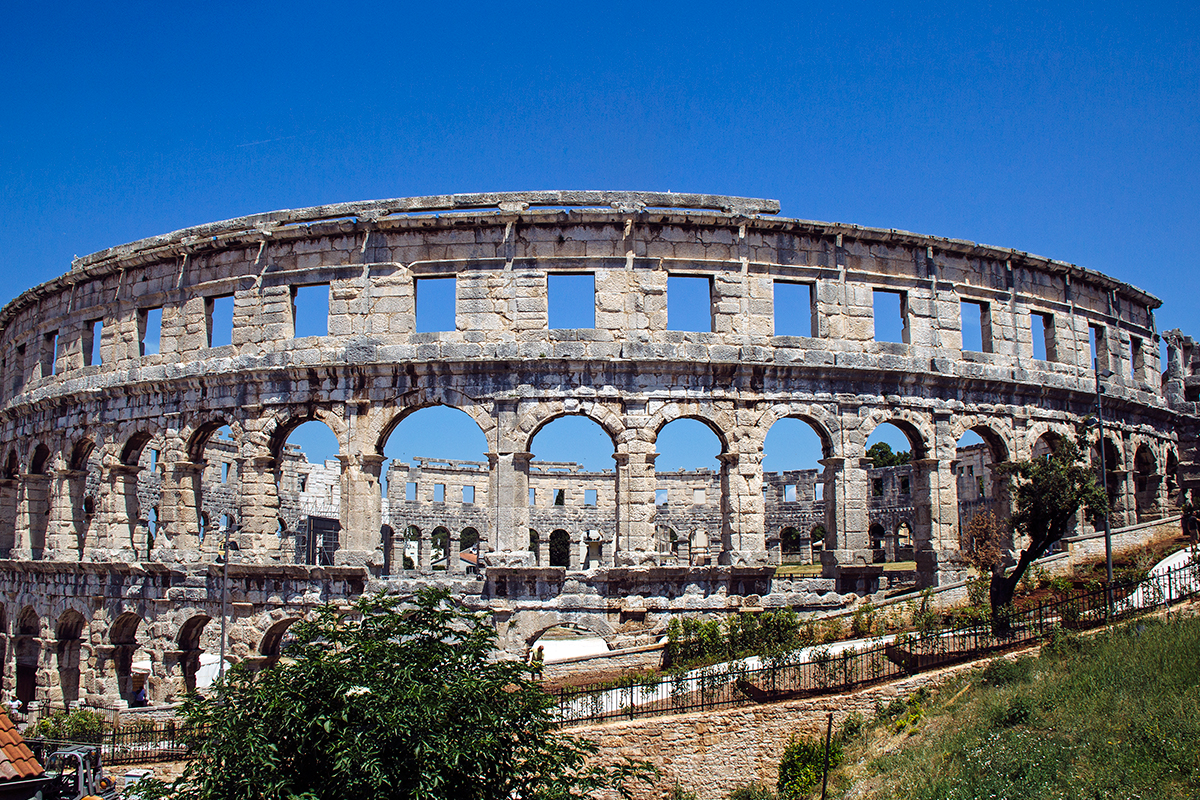 Perched on Croatia’s northern Adriatic coast, the city of Pula has captivated the imagination since ancient times. According to legend, it was founded by the Colchidians after giving up their pursuit of the Argonauts and the Golden Fleece. The Romans built many magnificent classical monuments during their rule of the city in the 1st – 3rd centuries. You can still enjoy several Roman remnants in Pula today, including one of the largest remaining Roman amphitheaters in existence.

While you can’t miss the Amphitheater that once held 23,000 spectators, one of Pula’s Roman relics was hidden in the historic center for centuries.

Pula suffered bombing during WWII, but the clearing of this debris after the war led to an incredible find in an unlikely place. Workers uncovered remains of Roman houses containing mosaics under the rubble of houses near the 6th-Century Church of St. Mary Formosa. The most beautifully preserved mosaic was created in the 2nd or 3rd Century to cover the floor of a central room in a Roman residential house.

The large, 65-square meter floor mosaic features geometric patterns and details of fish and birds. It’s divided into two sections and surrounded by a decorative frame. The smaller half of the mosaic features hexagons framed by a braid. The larger half features of nine detailed, geometric rectangles. The central rectangle depicts the mythological punishment of Dirce, as two young men hold a bull by the horns and a woman below them. 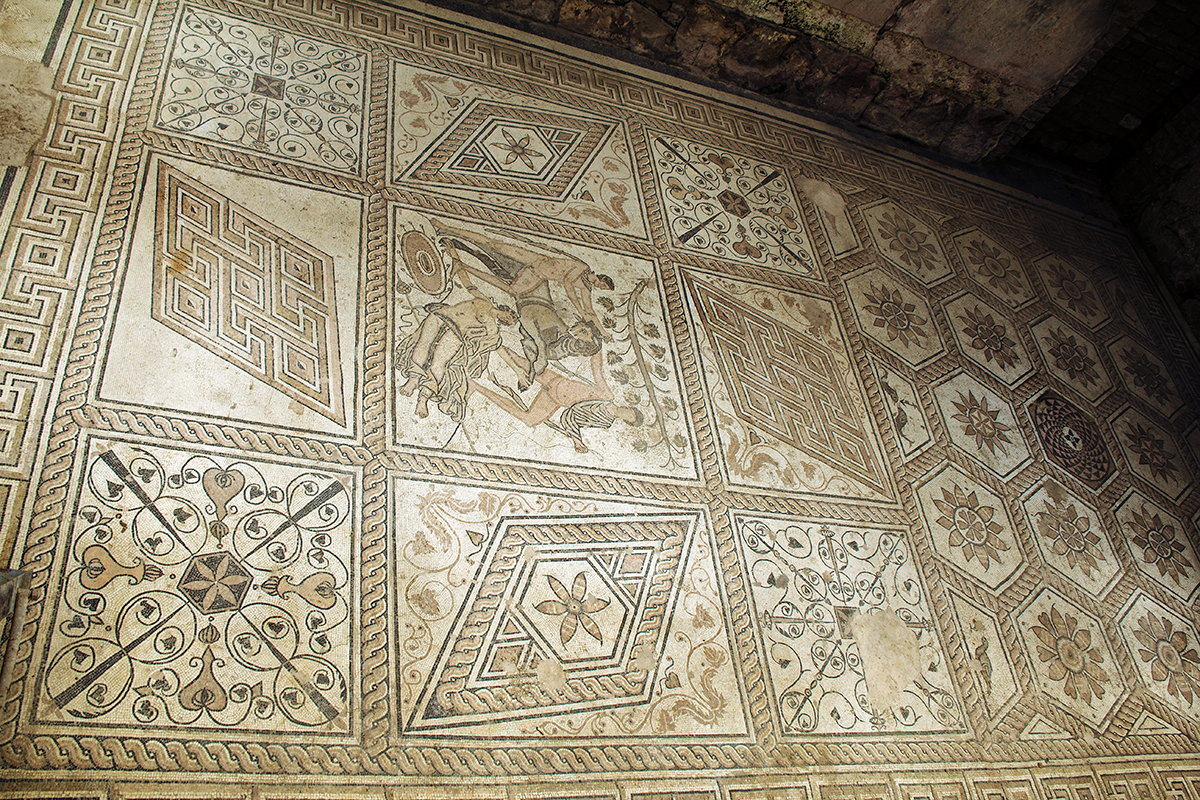 In Greek mythology, jealous Dirce was killed for her cruelty toward her niece, Antiope. After Zeus impregnated her, Antiope ran away to Sicyon and married King Epopeus. She was later brought back and imprisoned by her uncle Lycus, husband of Dirce. Antiope bore twin sons named Amphion and Zethus who were raised by herdsmen. When they grew up, Dirce ordered them to tie Antiope to the horns of a bull. However, they recognized their mother and tied Dirce to the bull instead.

Dirce’s story is rarely depicted in art, making this an even more remarkable find. The only other known images of Dirce are the sculpture of the Farnese Bull at the Museo Archeologico Nazionale Napoli n Naples and a mural in the Vatican Museums. One wonders what inspired the ancient family who commissioned this floor to incorporate this legend into their home. 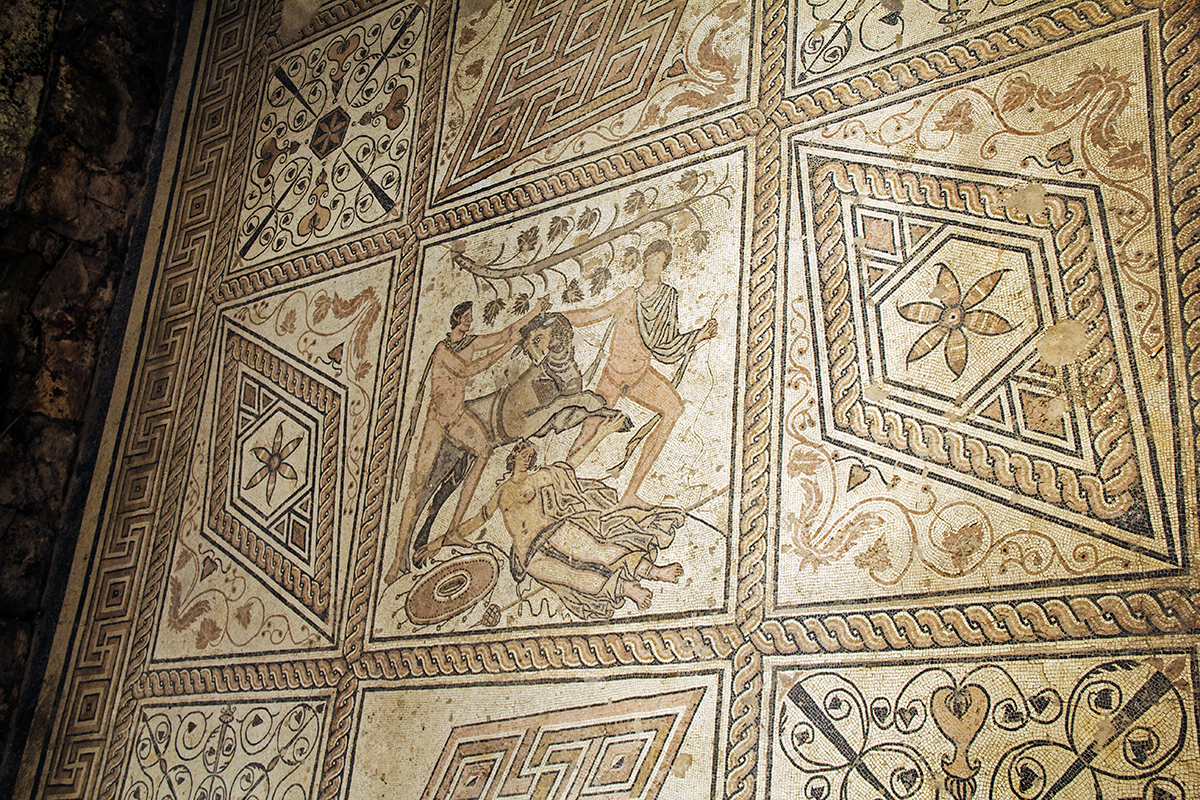 How to View the Roman Mosaic

The ancient mosaic has been preserved at the site where it was uncovered, which can be tricky to find today. Today, it’s gated behind an alley wedged in between an apartment building and a parking lot. 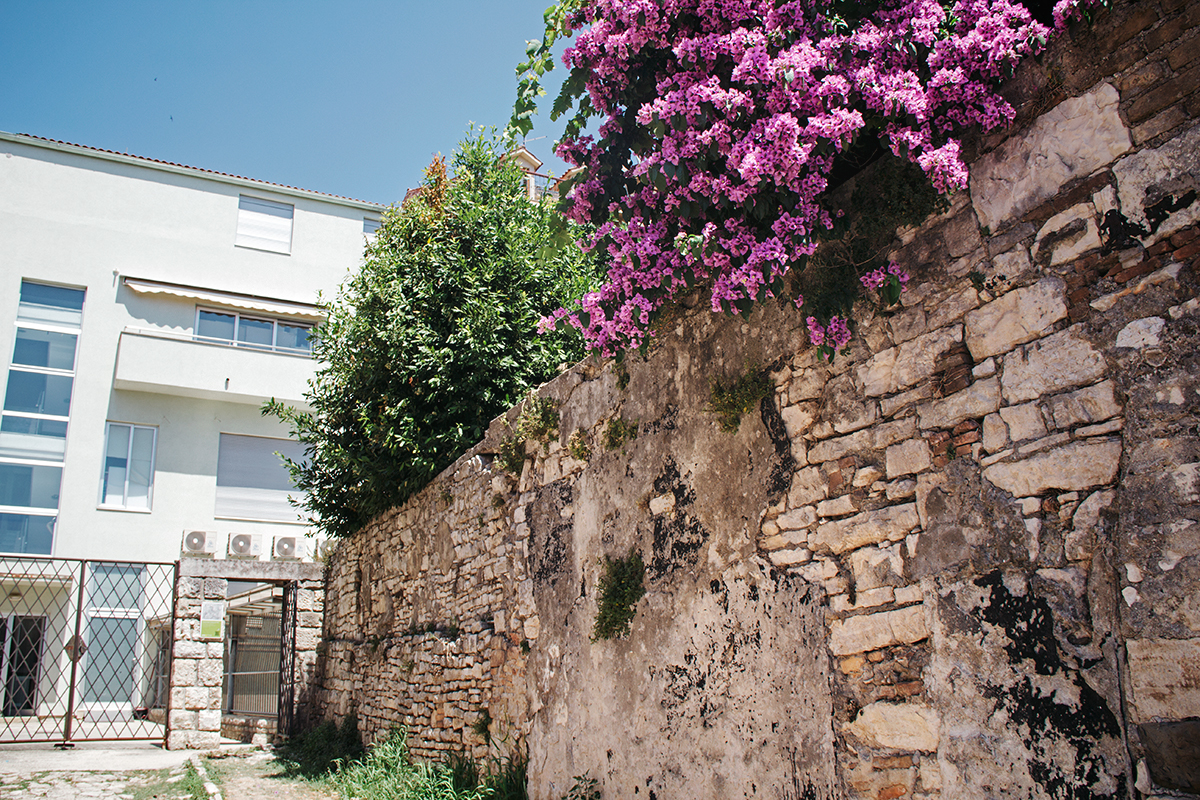 Start at the City of Graz Park, taking a moment to admire the other archeological remains scattered throughout. Walk along Ulica Benediktinske Opatija at the edge of the park and look for a brown historic marker sign. Turn left up the alley and you’ll see a gate at the end of the stone wall.

You’ll know you’ve found it when you spot the bright green Pula tourism sign on the gate. The gate will be open during visiting hours. Enter and look through the adjacent protected area. The mosaic is about 6 feet below today’s street level, right where the Roman home stood. 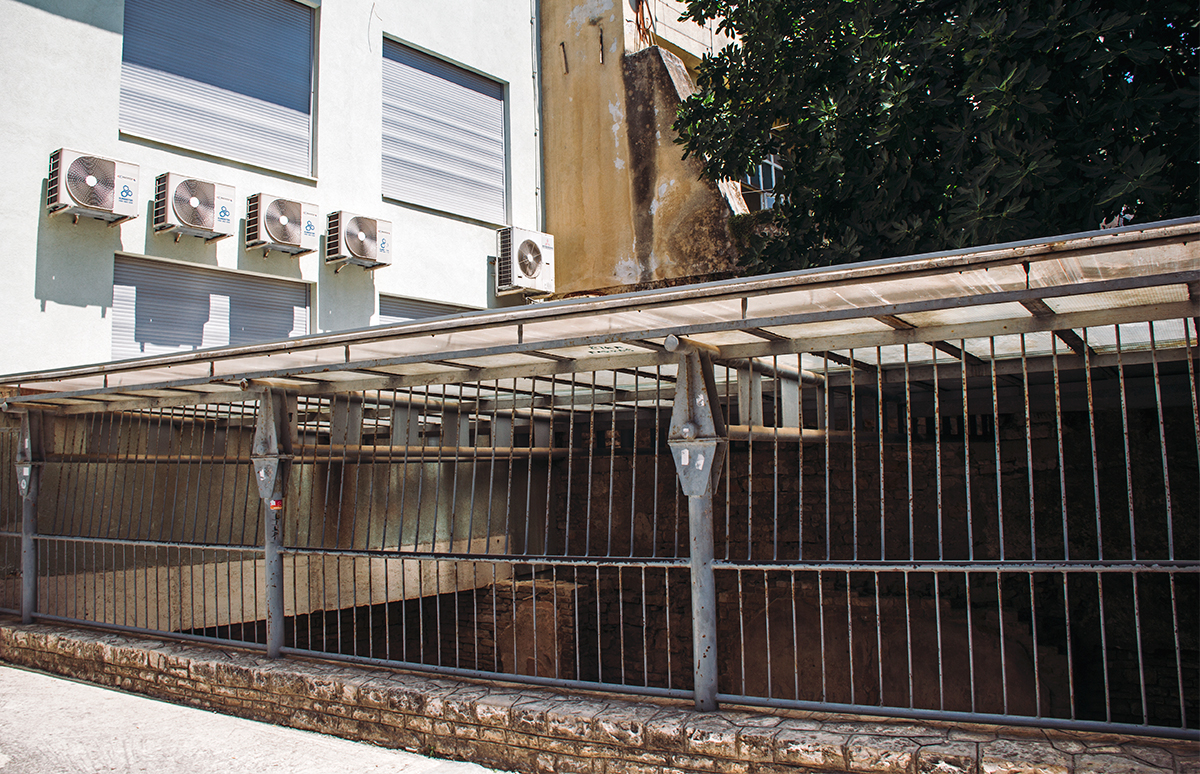 It’s incredible to imagine a Roman family strolling over these tiles centuries ago. I’m grateful that this mosaic was preserved right under Pula’s nose so that we can still enjoy it today.

The Punishment of Dirce

You can see more from Jessica on her blog Urban Explorer here.