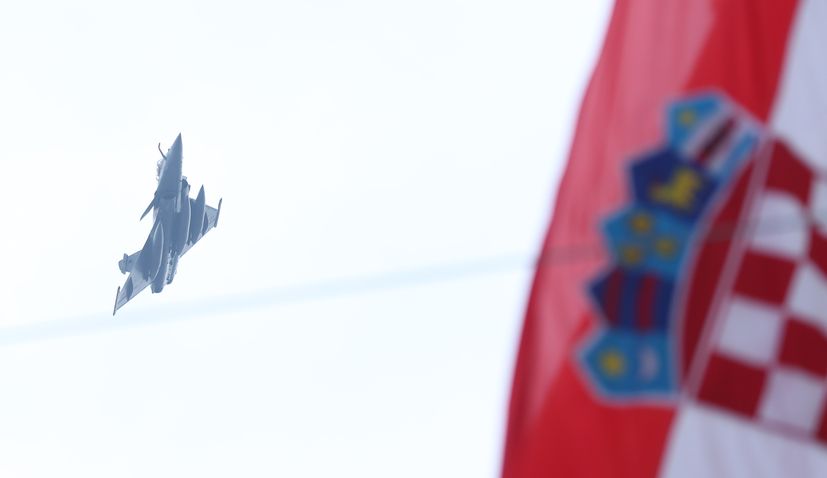 ZAGREB, 25 November 2021 – Two Rafale fighter aircraft, which Croatia has purchased from France, flew over the capital Zagreb at around 1 pm on Thursday.

The fly-over of the jets was watched from the Upper Town by Croatian prime minister Andrej Plenković and French president Emmanuel Macron, who was on an official visit to Croatia today. 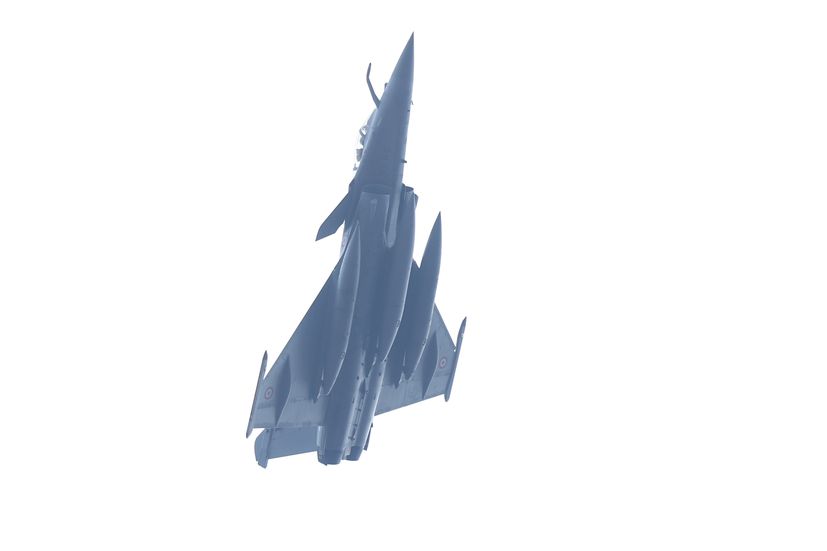 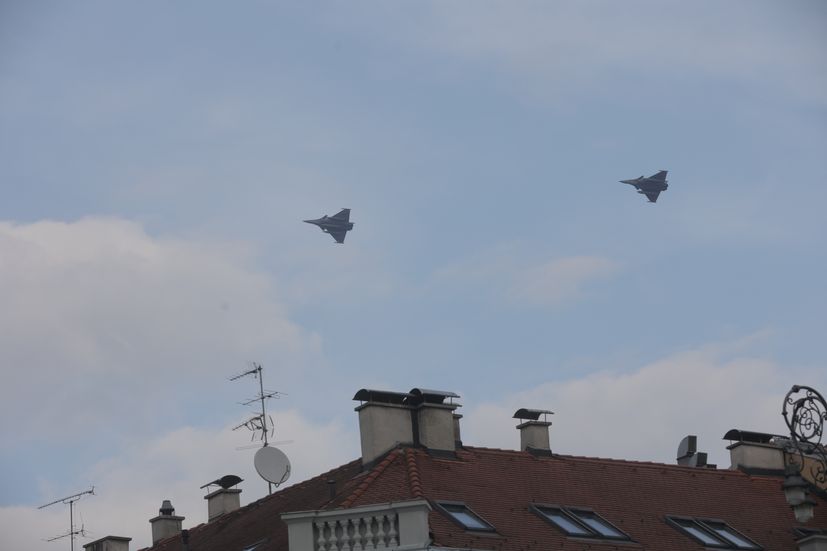 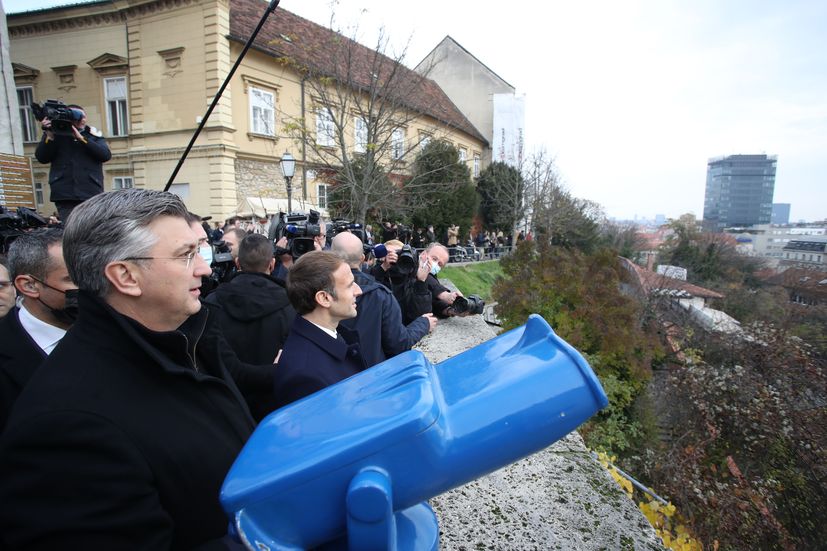 The Croatian government has purchased 12 used French multi-purpose fighter aircraft of the Dassault Rafale F3R type at a price of 999 million euros. The amount includes VAT and a price indexation clause.

The first planes are expected to arrive in Croatia in late 2023 or early 2024. 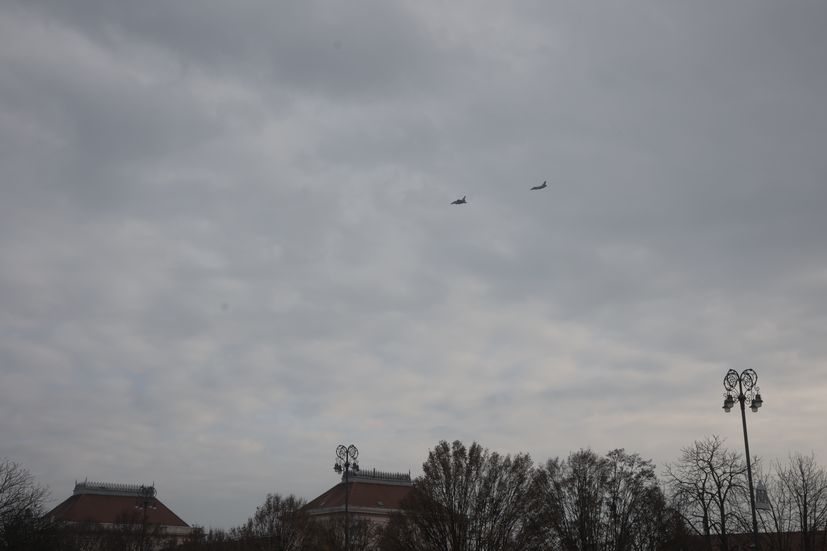 “The government assessed that the offer of France was the best and made a decision on the procurement of 12 multi-purpose fighter planes Rafale, 10 single-seater and 2 two-seater,” Plenković said earlier this year, adding that by purchasing fighter jets, Croatia is gaining a powerful strategic deterrent for the next 30 to 40 years, which significantly strengthens its international position, airspace protection and multiplies the overall combat capability of the Croatian Army. 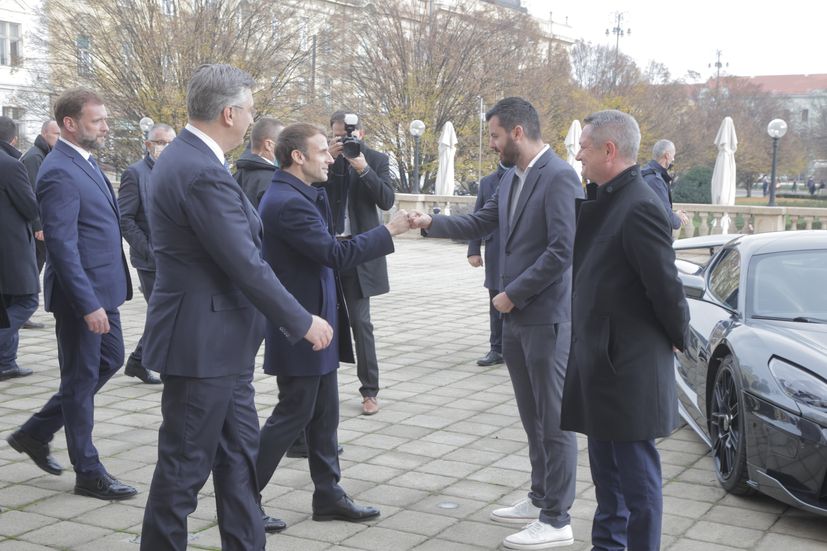 The Rafale aircraft is a twin-engine multi-purpose fighter equipped with advanced attack-navigation systems, the latest generation radar with high integration of sensors and self-defence systems, as well as the ability to use a wide range of weapons. It also has the ability to super-cruise, can carry the most cargo (9.5 tons) and has the lowest radar reflection out of the other jets which were on offer to purchase. 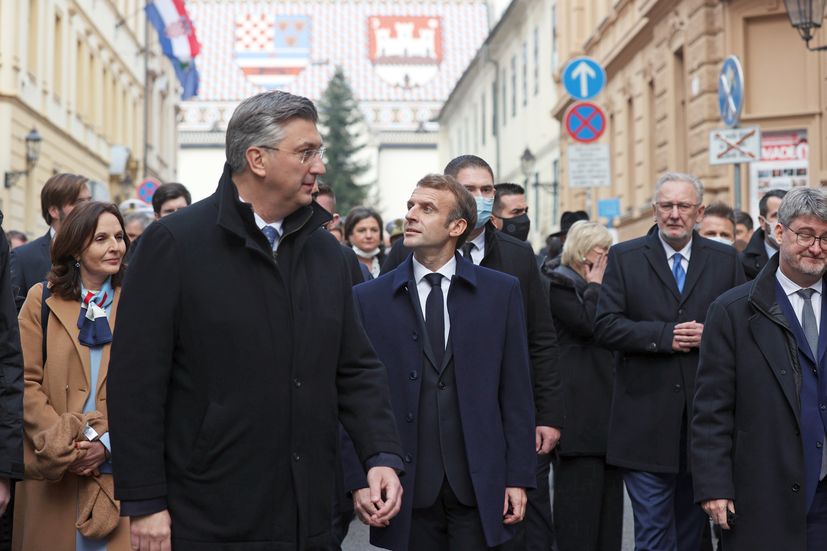 In addition to aircraft, the French offer includes a flight simulator, basic weapons package, ground and test equipment, spare parts, staff training according to the principle of “training of trainers”, comprehensive support from authorised representatives of manufacturers for a period of three years and a 12-month warranty for each aircraft, engine and other equipment and spare parts delivered.