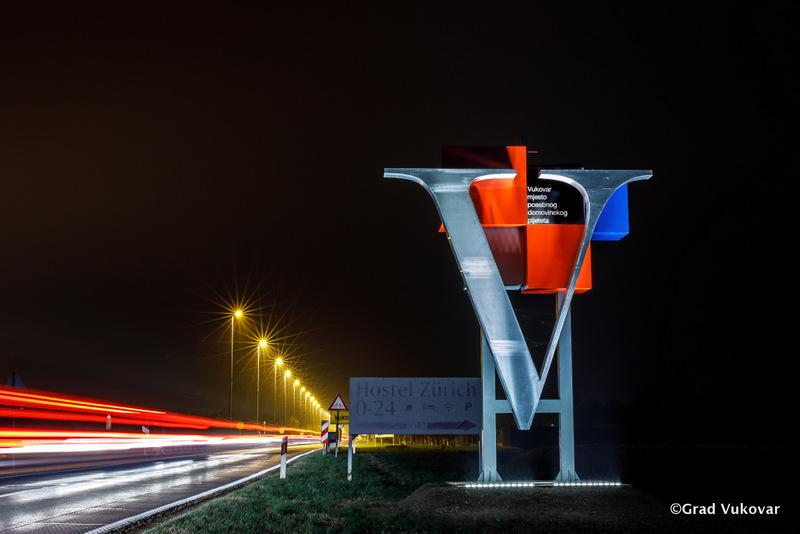 The Mayor of the City of Vukovar, Ivan Penava, presented the new V sculptures that have been placed at the four entrances to the state road into Vukovar.

The sculptures were made according to the conceptual design of the renowned Croatian artist Boris Ljubičić, and were placed at the entrances to the city not only to beautify the entrances but also as a permanent and visible reminder to enter Vukovar – a place of special patriotism. 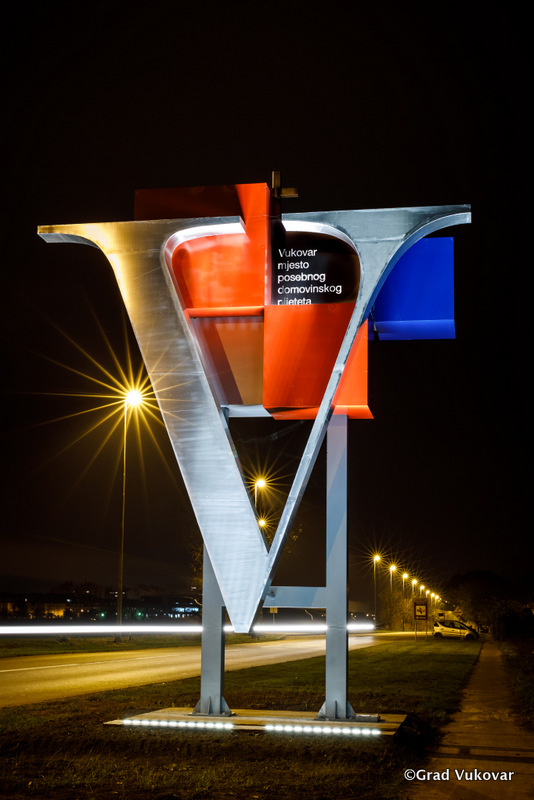 “This is an already known symbol that you could see on the posters of the Day of Remembrance of the Victims of Vukovar and the badges we wear. The letter “V” is the initial letter of the name Vukovar, but also the letter that the Croats pointed out during the Homeland War with a raised hand closed, with an outstretched index finger and middle finger in the shape of the letter V in victory, greeting each other, expressing their inner commitment to victory and the struggle for a free state. 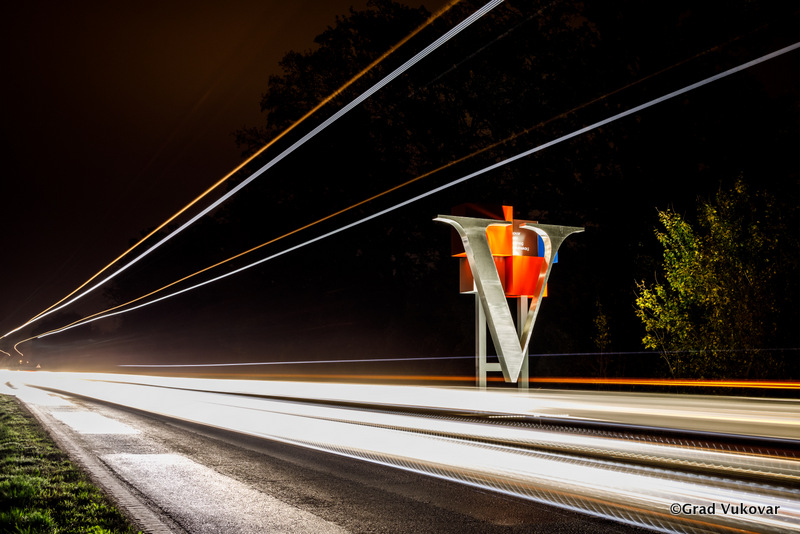 The overall visual identity consists of 3D squares in Croatian colours red, white and blue because the squares are the basis of the Croatian historical coat of arms and determine the identity of the Croatian state. The cross at the top symbolises faith just as it was symbolised by the rosary in the Homeland War, but also the sacrifice that Vukovar made in order to give birth to Croatia.” 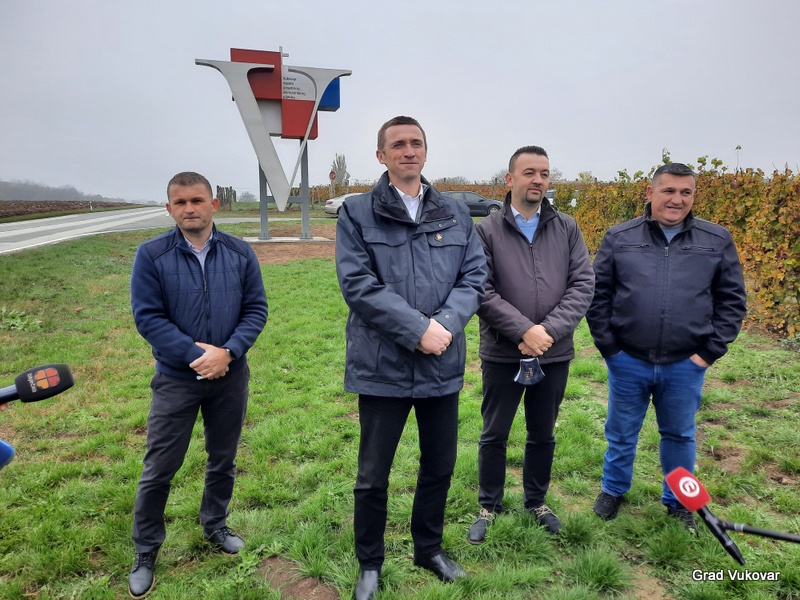 The architectural solution created a three-dimensional sign with a height of 587 cm, consisting of steel cubes of red, white and blue colour and the capital letter V and the symbol of the cross above the cube, all connected structurally by a supporting structure in the shape of the letter H. Sculptures are located at a distance of 50 cm from the outer edge of the letter “V”. 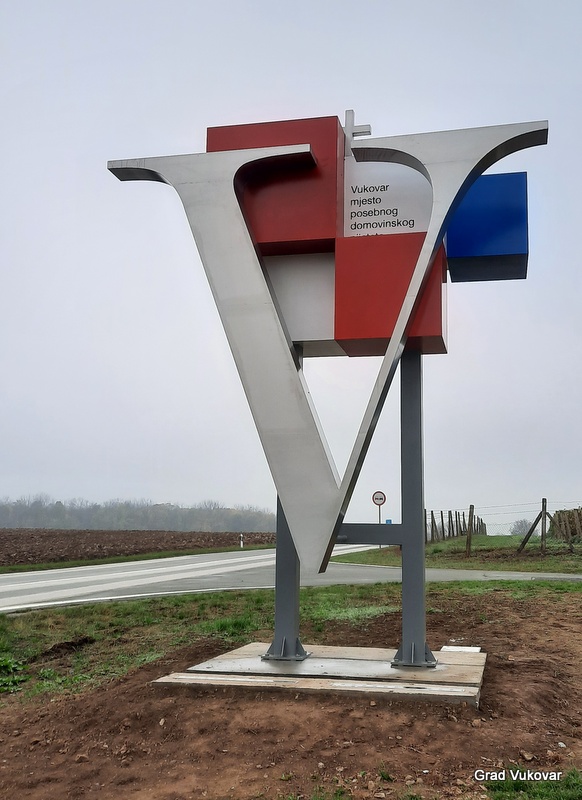 The sculptures were created by the company PRO-TEAM from Vukovar and took three months to make. Sculptures at the other entrances will be up in the coming months.