ZAGREB, June 2 (Hina) – The keel for the new vessel Novogradnja 485, a polar cruise ship to be called Janssonius, was laid on Tuesday at the Brodosplit shipyard.

This is a passenger vessel for polar expeditions to the Antarctic and the Arctic, and it was contracted with the Oceanwide Expeditions company.

Seventy-eight crew members will take care of the ship, which will be able to accommodate 194 passengers in 81 cabins. In addition to standard ones, there will also be two-room and four-room cabins, as well as large suites.

The ship will meet the Lloyd’s Register requirements for Polar Class 6 ships, and it will embark on its first voyage with passengers next summer.

Brodosplit board chairman, Tomislav Debeljak, reiterated that the dock last year delivered the polar cruise ship Hondius, which had completed its first Arctic and Antarctic season, and the new ship was a successful continuation of co-operation between Brodosplit and the Dutch shipowner.

Assistant Minister of Economy, Zvonimir Novak, reiterated that Croatia had helped the Brodosplit shipyard with about €100 million in guarantees. 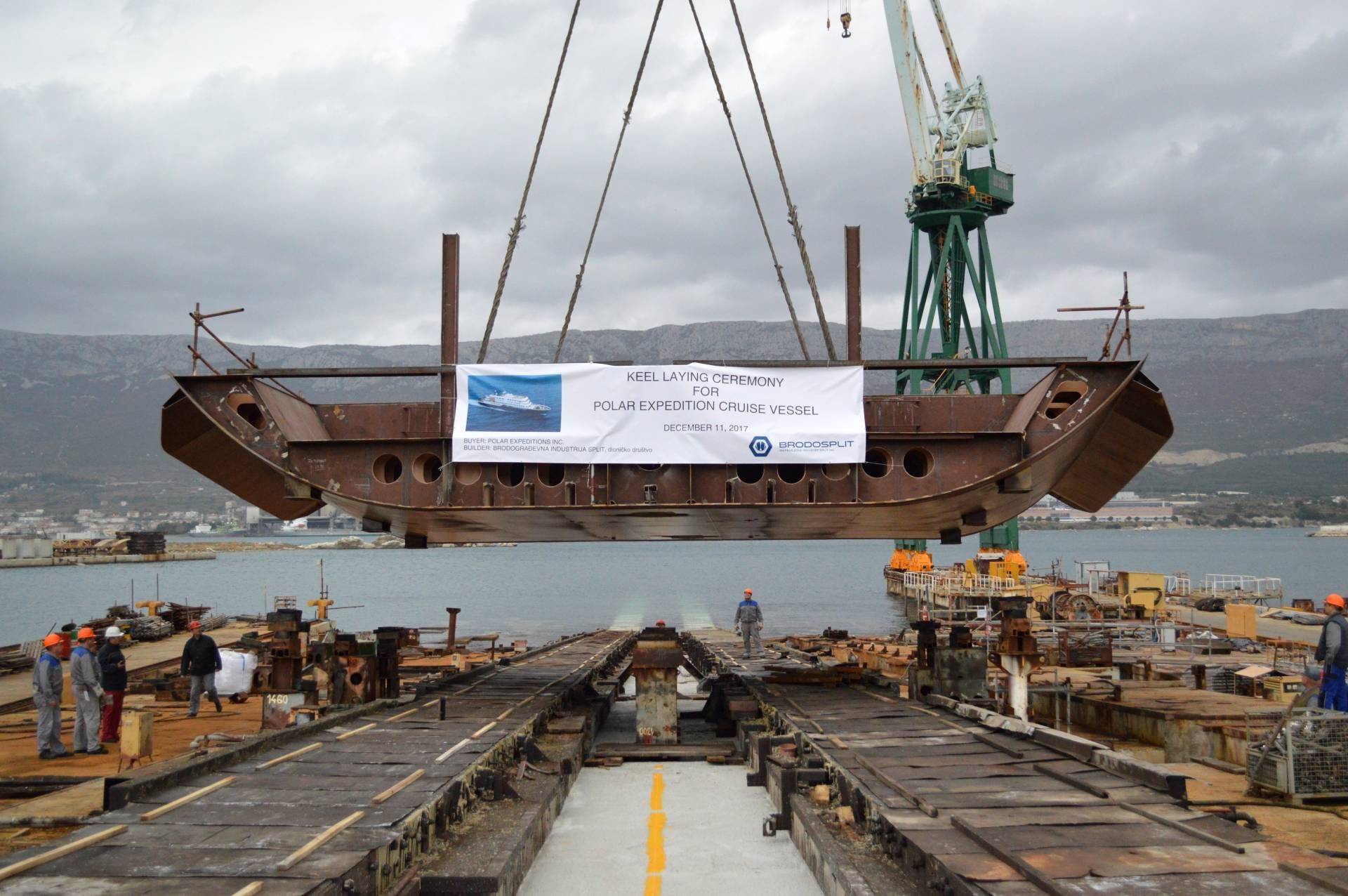