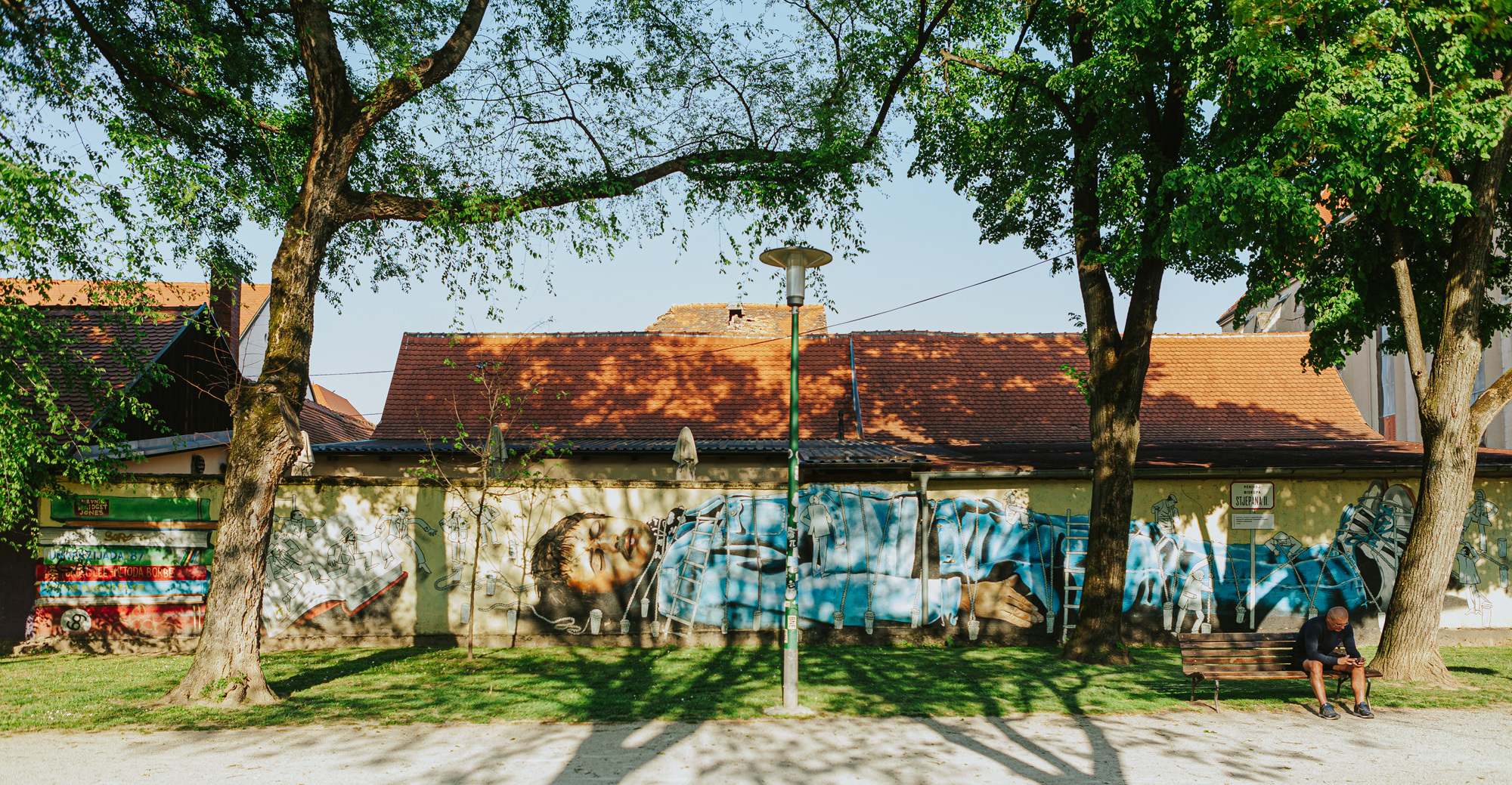 ZAGREB, April 28, 2020 – Zagreb’s Opatovina Park has been given an artistic makeover.

The eastern walls of one of the city’s most beautiful green spaces have been adorned by murals by four Croatian artists – Marin Remić, better known as Smelly Feet, Erol Sjajni, Boris Bare and Tihomir Krklec, better known as Afrika.

On the initiative of the Art Park Art Project, led by Boris Bare, and with the support of the Zagreb Tourist Board, the four artists wished to donate something beautiful during this epidemic and earthquake-stricken period to Zagreb and the community.

“As the whole cultural scene was extinguished and we were left without jobs and with excess material in our hands, we decided with great enthusiasm to paint and spruce up Opatovina Park. We wanted to bring at least some colour and joy into the everyday life of our wounded city, “said Boris Bare. 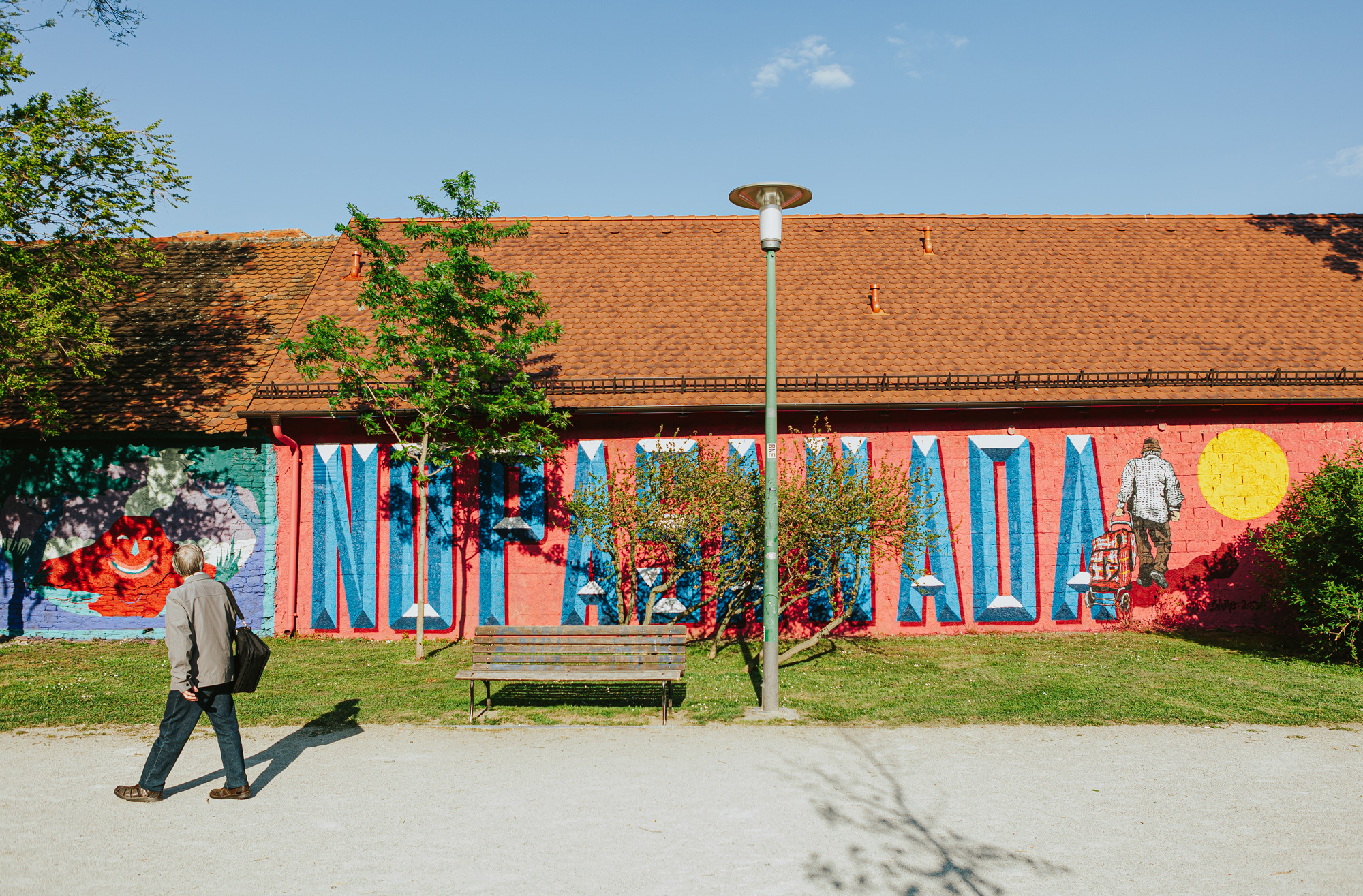 Hundreds of meters of neglected walls of Opatovina Park were brought to life by the artists’ paintbrushes and spray cans through several new murals. The existing 2016 Gulliver (by Dominik Vukovic and Boris Bare) was joined by the works “And the Park is Someone’s Home”, “Zagreb Flowers of Life” and “No Pasa Nada”, cooperations by Africa and Boris Bare. 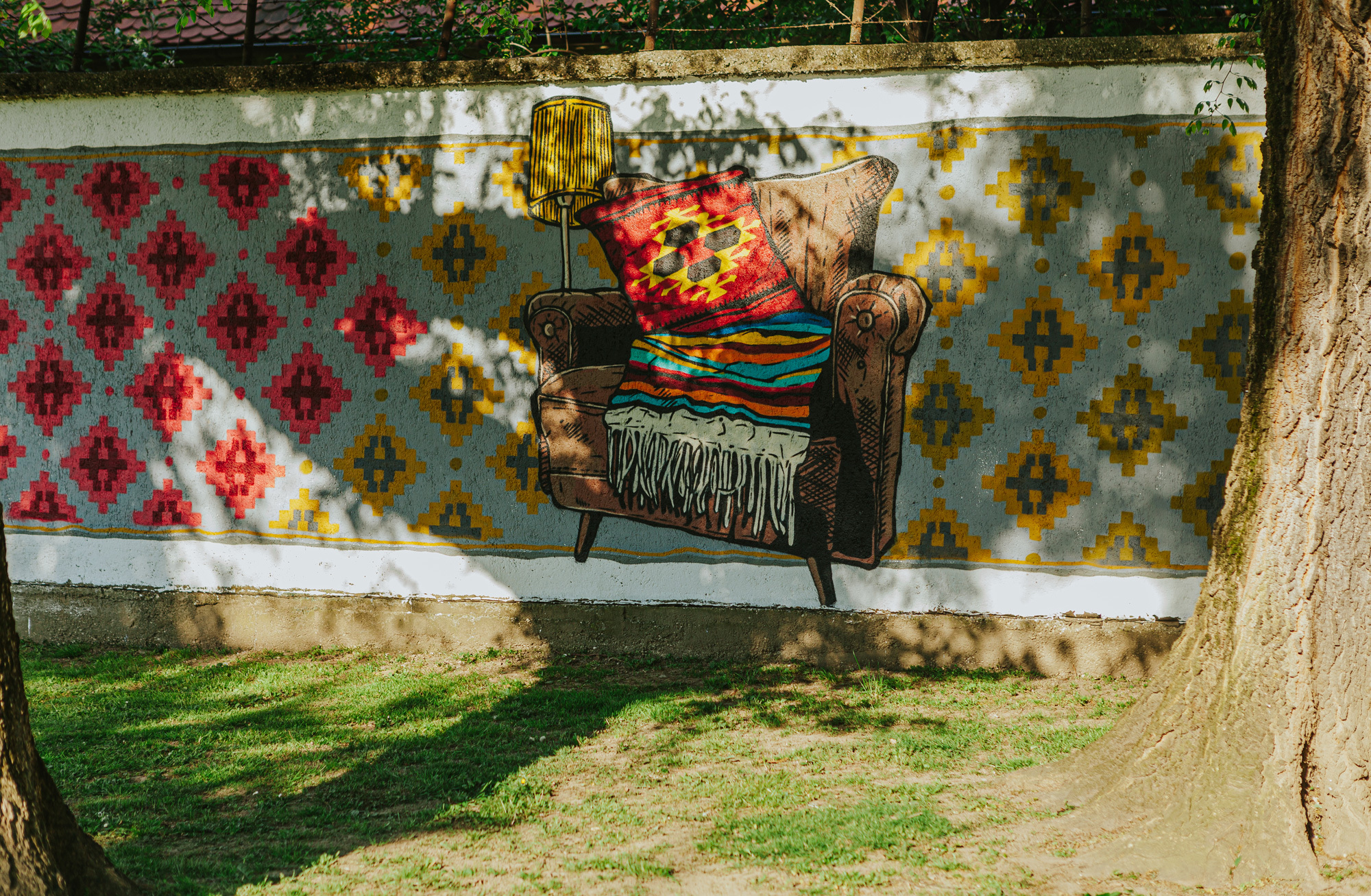 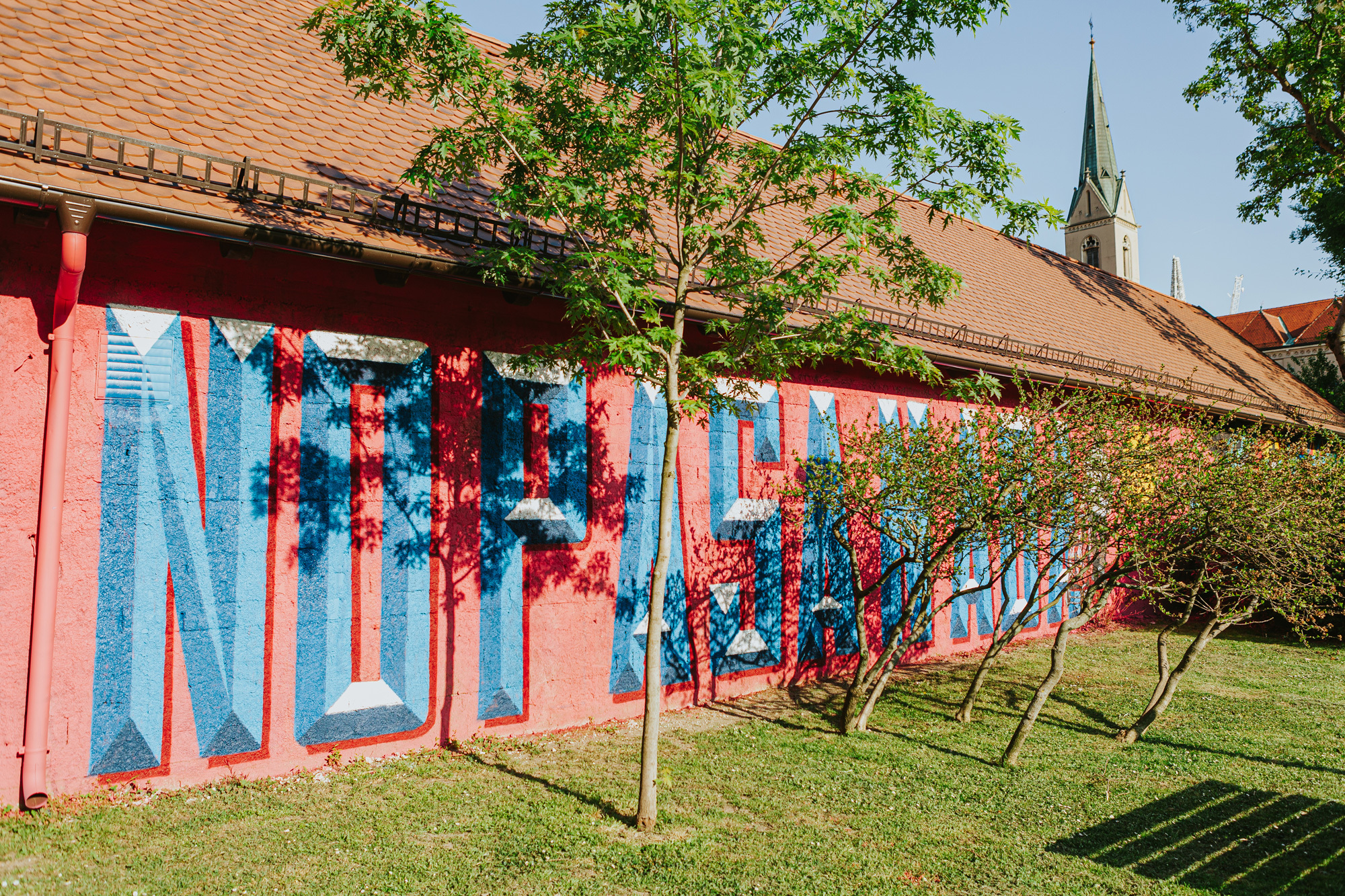 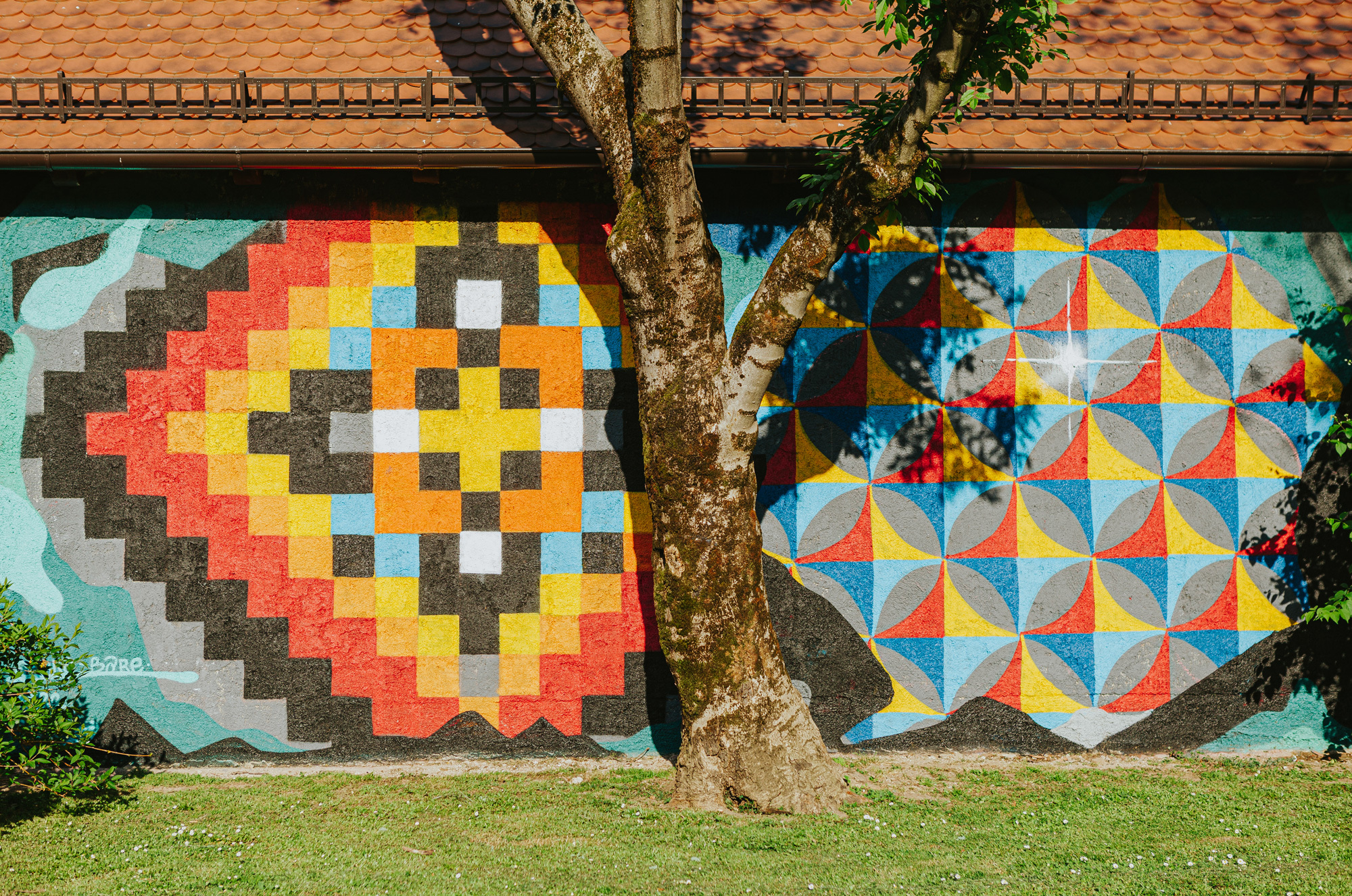 Smelly Feet and Erol Glossy painted in their distinctive style “The Day the Tiger Fell Over the Volcano.” 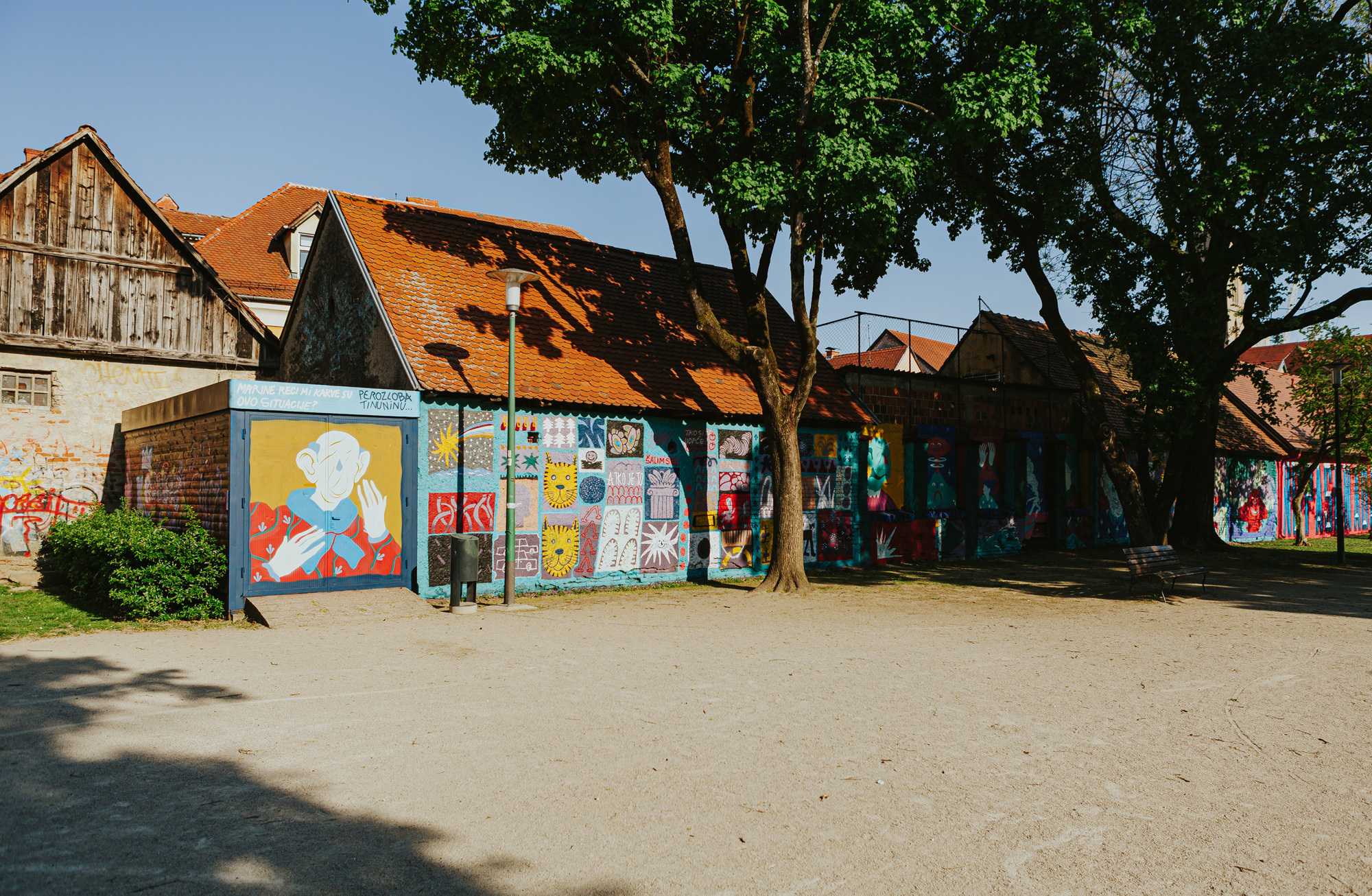 “The idea was born because at this time of quarantine we are surrounded by the messages ‘stay home’, but what about those who do not have a home? At the same time, while drawing the first mural in the park, we saw several homeless people who were really home at that moment. That’s how the idea came to be called “And the Park is Someone’s Home”, Afrika explains the background to the new mural, while Boris Bare followed up explaining that the mural ‘No Pasa Nada’ (Nothing Happened) addresses the situation that has caught us all at this moment and reminds us of the time before the global epidemic and coercive measures of social isolation. The message is that people learn from this situation that everything is not to go back to the old way, but to be better.” 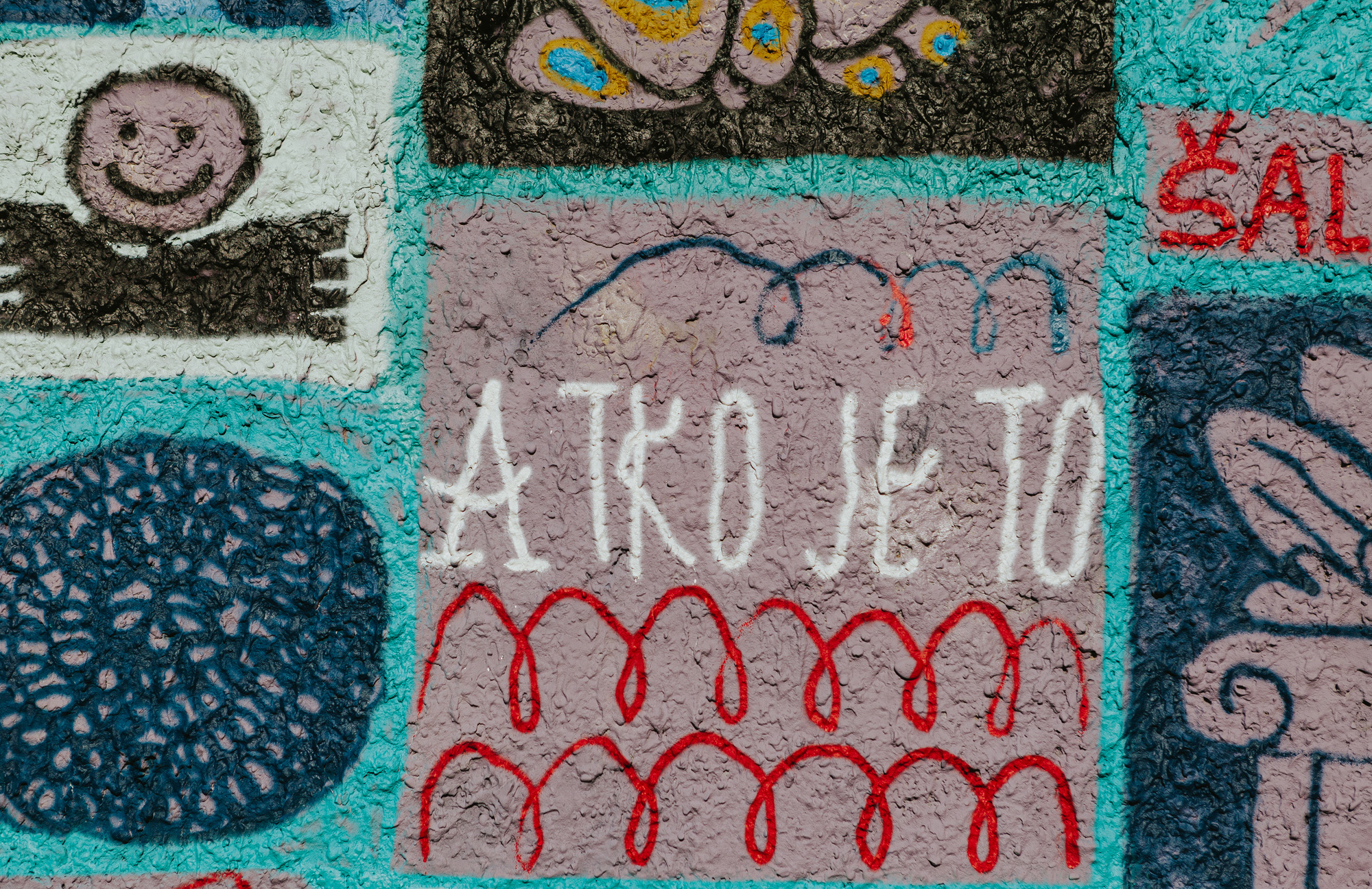 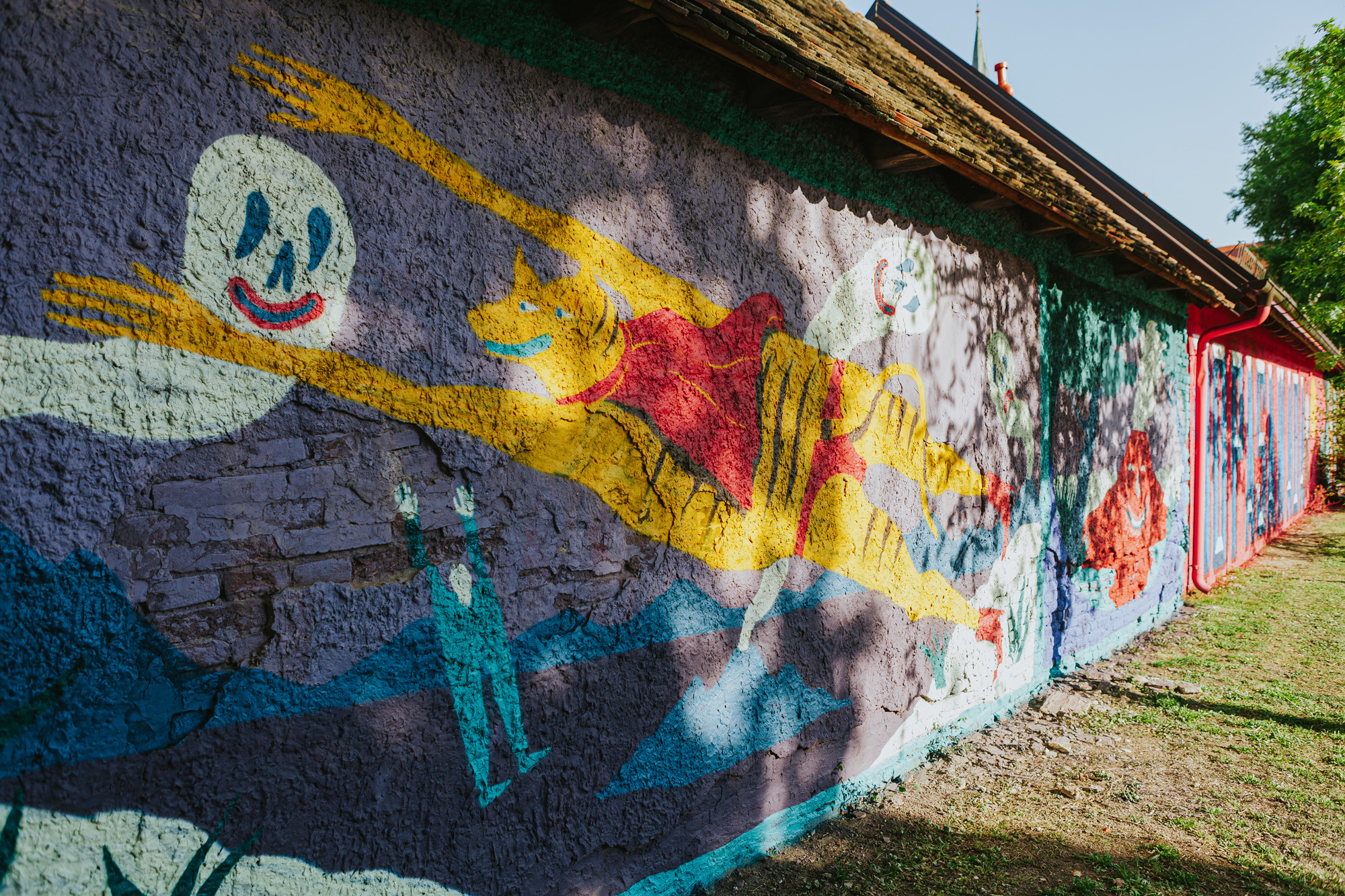 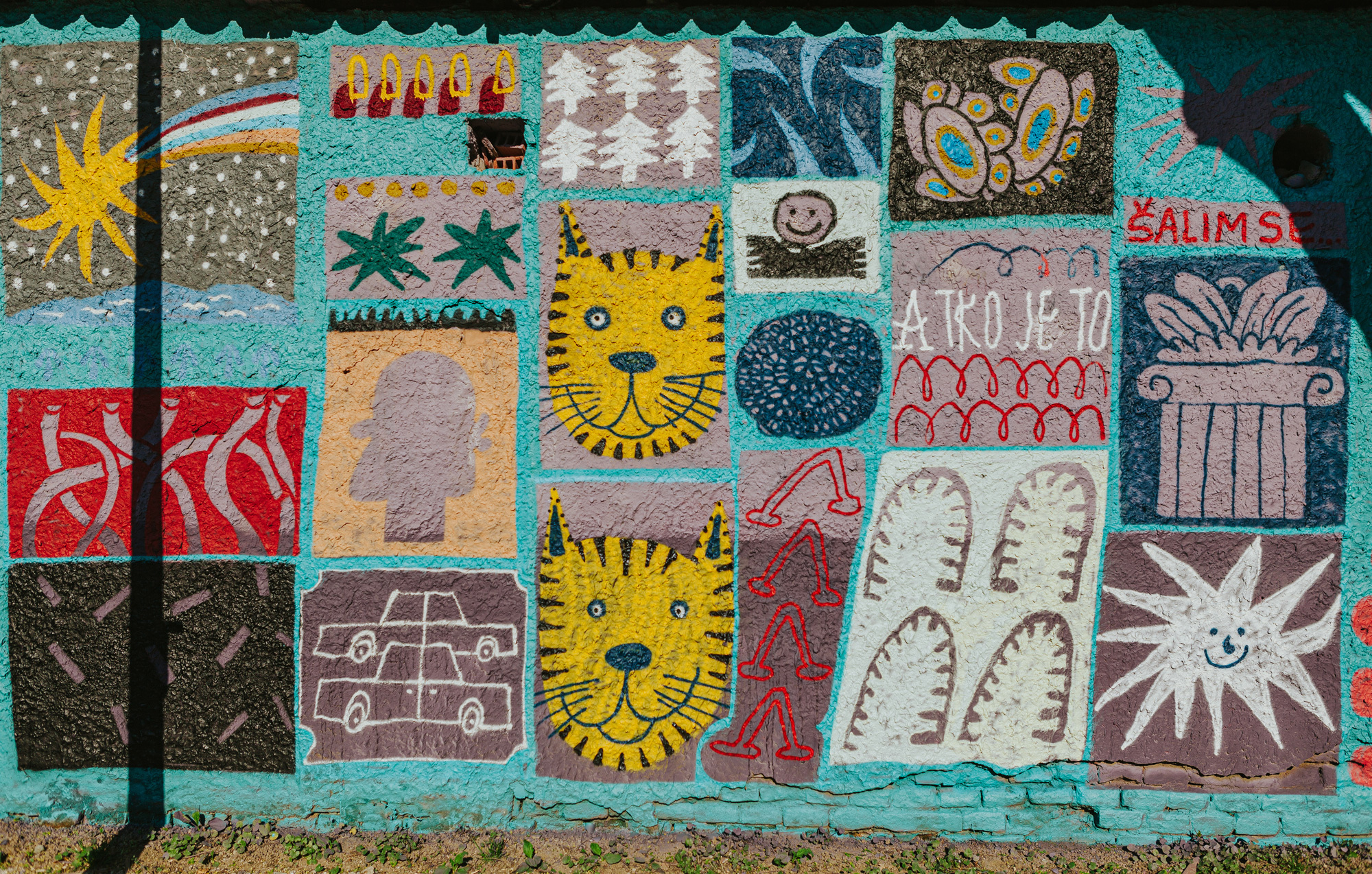 “Bare, the legend, has brought us together to make makeover the walls in the centre of town which did not resemble anything. We gladly covered over a few swastikas. Also, I don’t have the opportunity to draw on large walls often, so this was a real enjoyment,” said Smelly Feet. 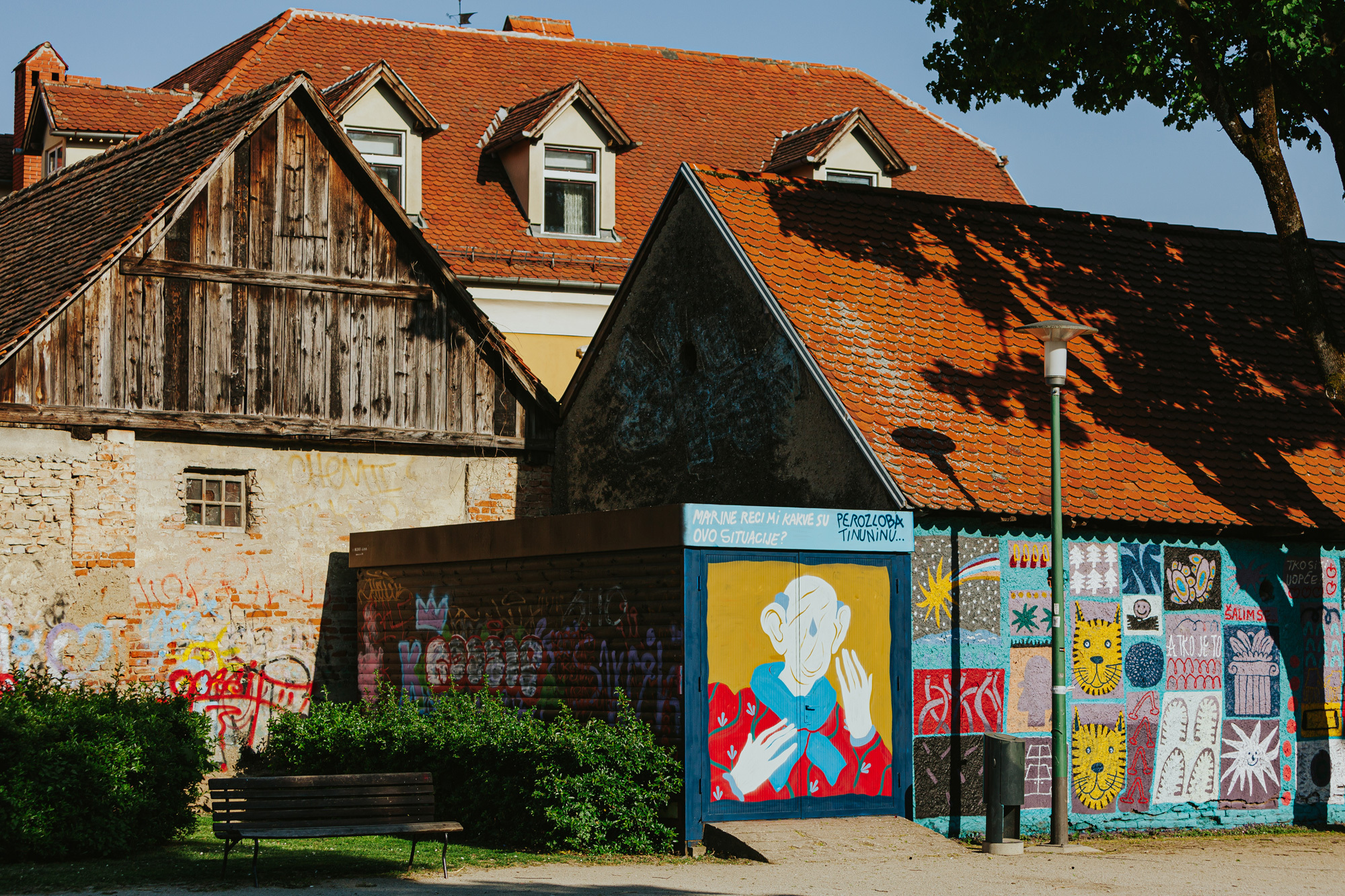 The Art Park project was launched in the summer of 2016 as an initiative to revitalise city parks with art and with the support of the Zagreb Tourist Board. Then the hidden green oasis on Tomić Street became the central gathering place for lovers of all kinds of art.

After three exceptionally successful years at the aforementioned location, Art Park expanded its operations in 2019 by renovating a small park on Martinovka, after which it moved its multi-month artistic caravan to Ribnjak Park. This year’s jubilee fifth edition is awaiting this site, but given the extraordinary circumstances and the uncertainty of the duration of the epidemiological measures, the exact start date is still not confirmed by the organisers.

By designing the Zagreb Opatovina Park project, the Art park project continues to “revive” Zagreb’s green spaces while waiting for the possibility when it will become fully operational as a summer project.