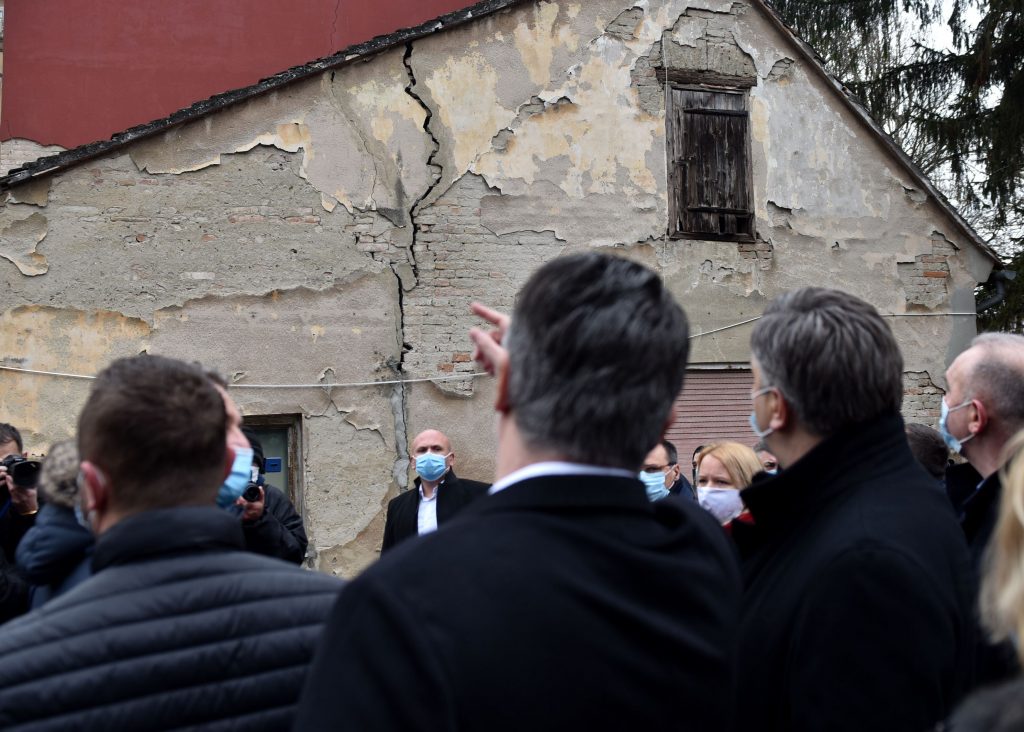 ZAGREB, Dec 28 (Hina) – Prime Minister Andrej Plenkovic, Parliament Speaker Gordan Jandrokovic and President Zoran Milanovic on Monday toured the centre of Petrinja which, according to Petrinja Mayor Darinko Dumbovic, suffered quite a lot of damage in the earthquakes that hit it this morning.

Croatia’s President Zoran Milanovic said after touring Petrinja that buildings damaged in the earthquake would be repaired but that fear was the biggest problem, and Petrinja Mayor Darinko Dumbovic said that he expected urgent aid from the state, of several million kuna.

Saint Lawrence’s Church was completely demolished in 1992, which is something that did not occur iin every other city, and it was rebuilt, President Milanovic told reporters, underscoring that life is returning to the city slowly and steadily.

The city suffered a lot of material and emotional damage, there was a lot of good industry there, and some of it returned, he said.

Answering a reporter’s question, he said there were still no estimates of the damage caused by the strong earthquake that occurred this morning, adding that it is too soon to talk about that. 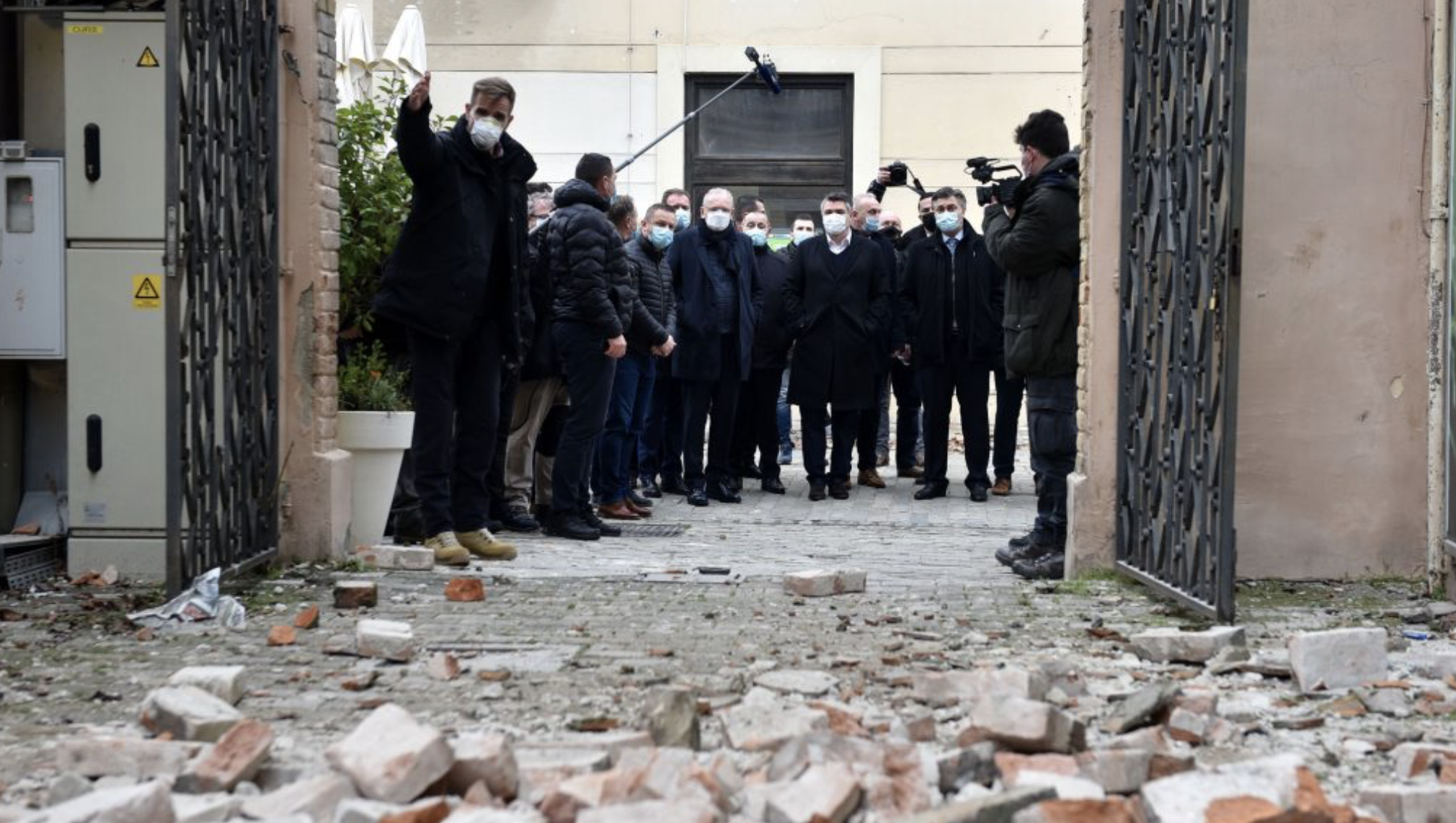 Plenkovic: We will help repair damage

PM Andrej Plenkovic said after touring Petrinja and Sisak that Sisak, Petrinja and other municipalities in Sisak-Moslavina County that had been hit by the earthquake would receive help to repair the damage.

He said that the damage was considerable and stressed that the most important thing was that no one had been injured.

There is a possibility of reallocating funds in the budget of the Ministry of Physical Planning, Construction and State Assets, Plenkovic said after the tour, adding that it would first be necessary to assess the damage caused by the earthquakes and then put everything in a legal framework. 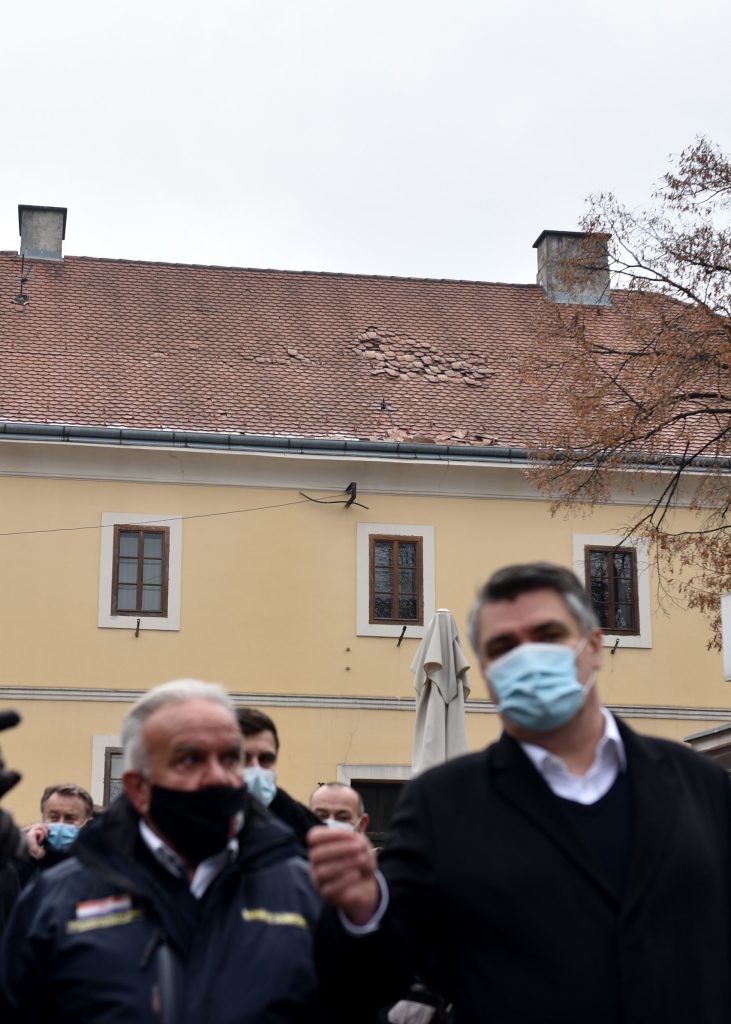 “We will consider all options. I have asked Minister Darko Horvat that his ministry considers what is the best and most pragmatic option,” Plenkovic said, adding that he was also in contact with the European Commission.

“I hope from next year it will get better”, the prime minister said, expressing sympathy for all those whose houses were damaged. 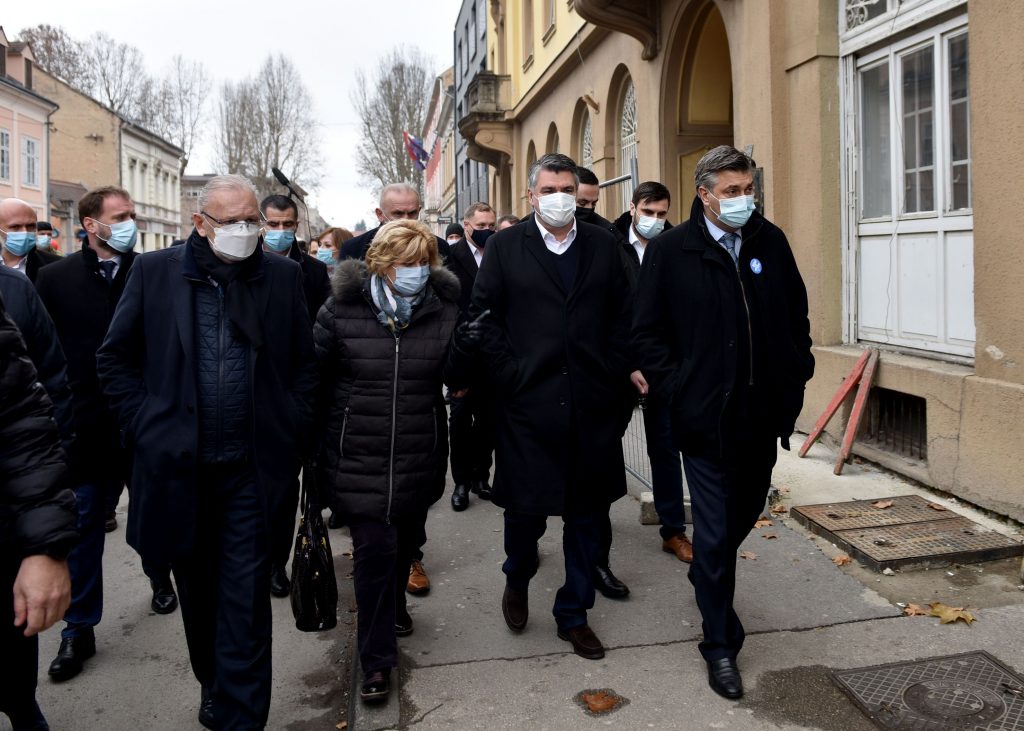 Jandrokovic: Most important thing is that there are no victims

Parliament Speaker Gordan Jandrokovic also expressed his sympathy for the citizens of Sisak-Moslavina County, Sisak, Petrinja and nearby villages.

“I am extremely sorry that this happened to them at the end of this very difficult year, but the most important thing is that there are no human victims,” Jandrokovic said in Petrinja. 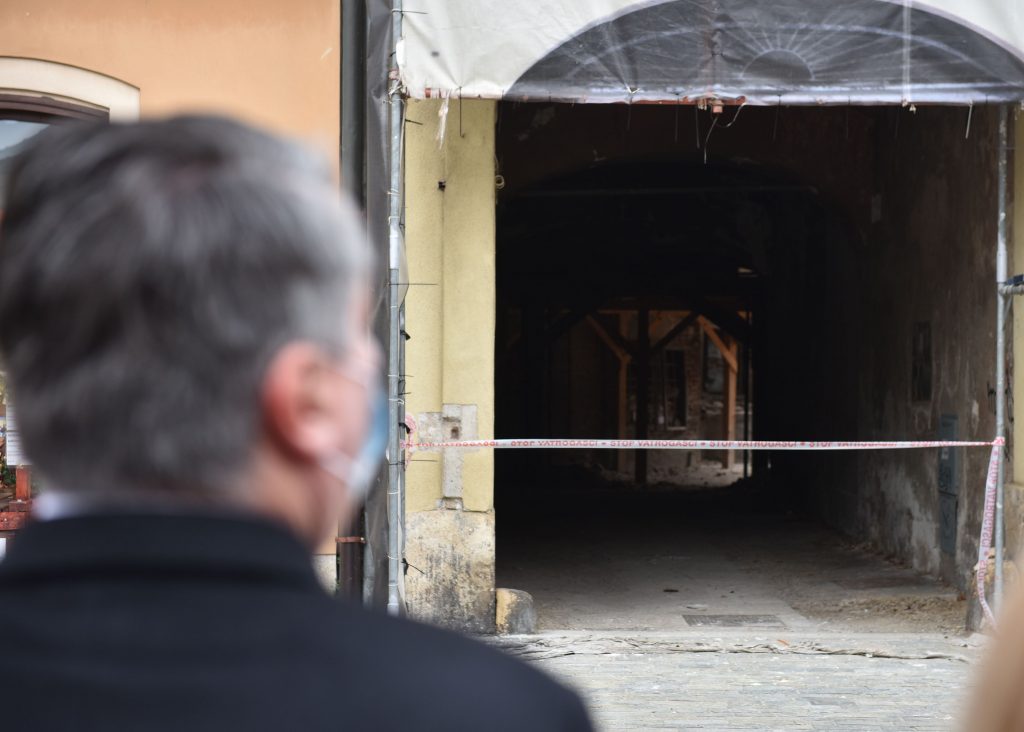 He expressed confidence that the state would respond quickly and help repair the buildings damaged in the earthquakes.

Petrinja Mayor Dumbovic said he was pleased that the state leadership had visited the city only a few hours after that first earthquake that struck Petrinja and Sisak at 6.28 a.m.

He recalled that Petrinja had survived the Homeland War, COVID and now the earthquake, just like Zagreb and its environs in March, noting that it would be good that the state authorities help citizens. 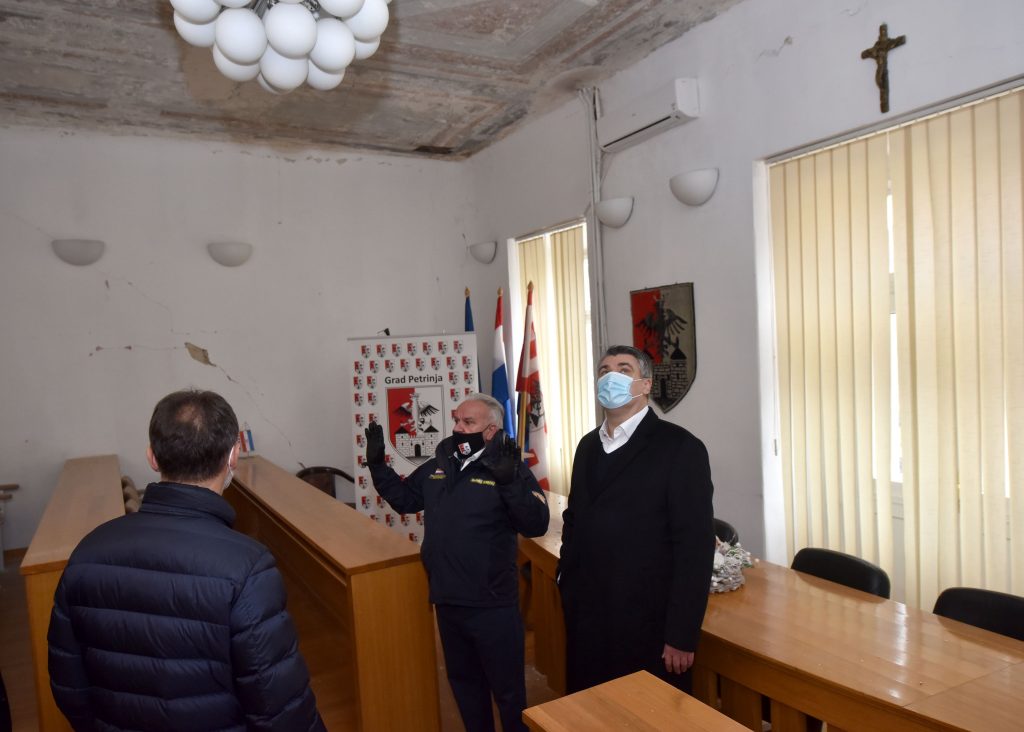 He also said that citizens were in fear after three earthquakes in a row had occurred and that many had said they were afraid to spend the night in their houses.

“We need to react promptly and we need to have a solution,” he added.

He said that they had good cooperation with all ministries.

“Today, Petrinja is a huge construction site and we have withdrawn more than HRK 400 million for infrastructure, HRK 200 million through a pilot project, and HRK 100 million of European, state and city money is being invested today,” Dumbovic said. 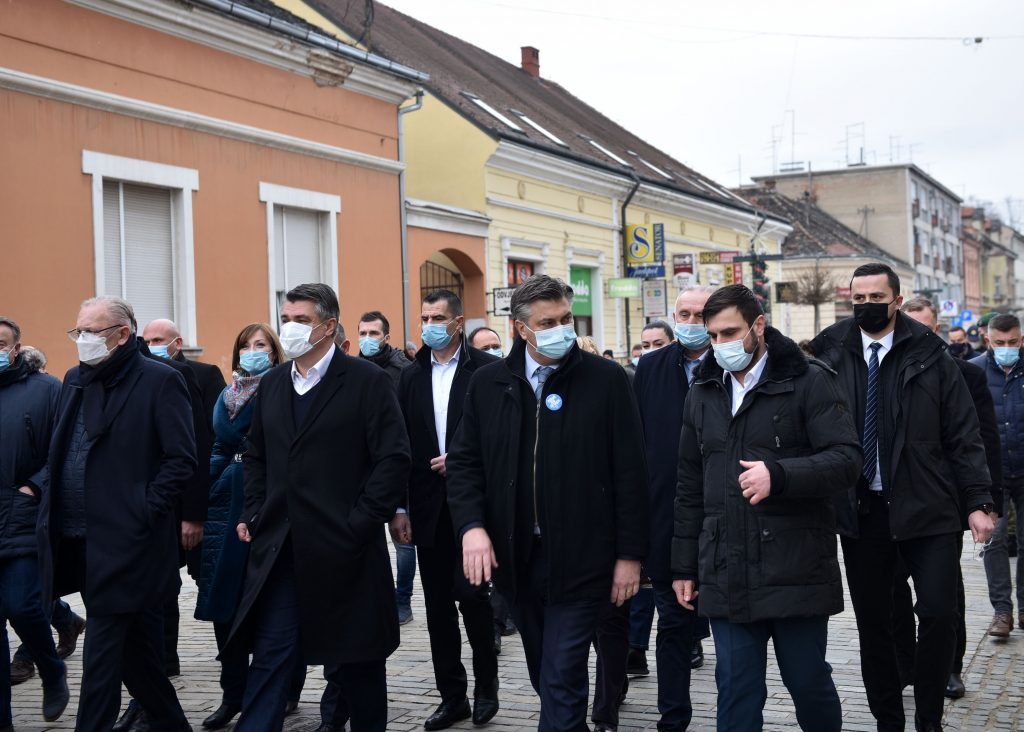 He said that the city of Petrinja expected concrete help, at least several million kuna for the city budget tomorrow to make the most necessary repairs.

He added he did not know whether it could get, whether the state had the funds and whether it would be sensitised to the problem. That will be seen in a month or two, Dumbovic said.

He expressed hope that Petrinja would be included in the law on the reconstruction of Zagreb and its environs after the earthquake, recalling that Petrinja has suffered a lot of damage.

Asked by reporters about the city’s capacity to repair the damage, Dumbovic said it was nonexistent.

He said Petrinja was not overindebted but that the state had to get much more involved in the reconstruction when it came to cofinancing EU projects. He said that for projects worth HRK 1 billion, the city had to provide about HRK 150 million. 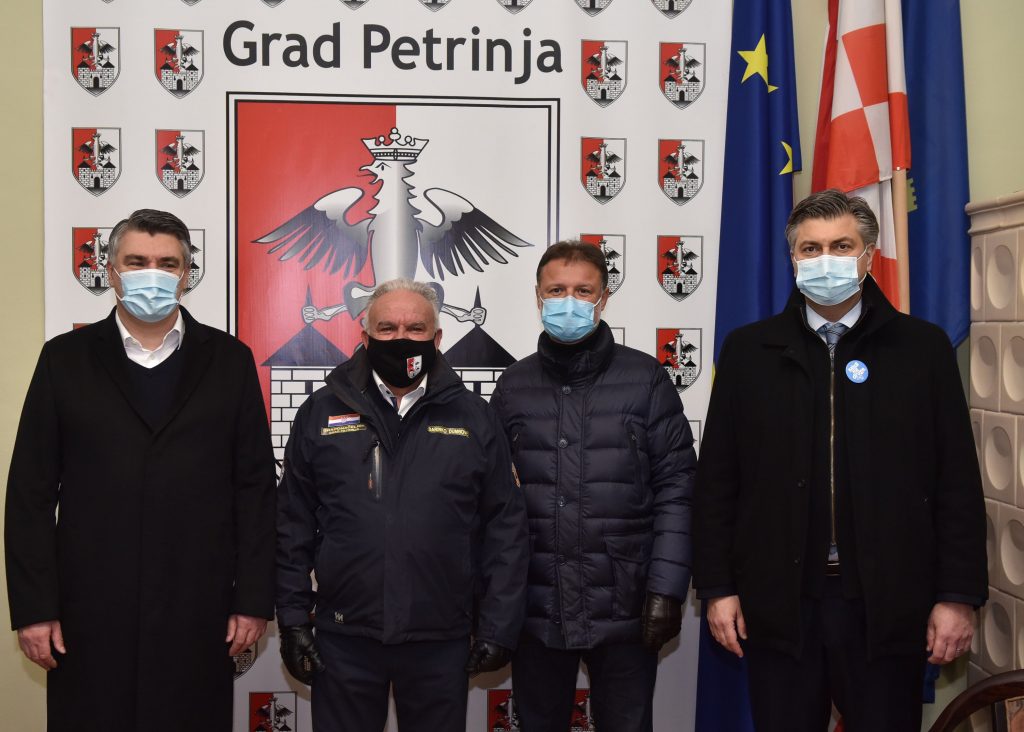 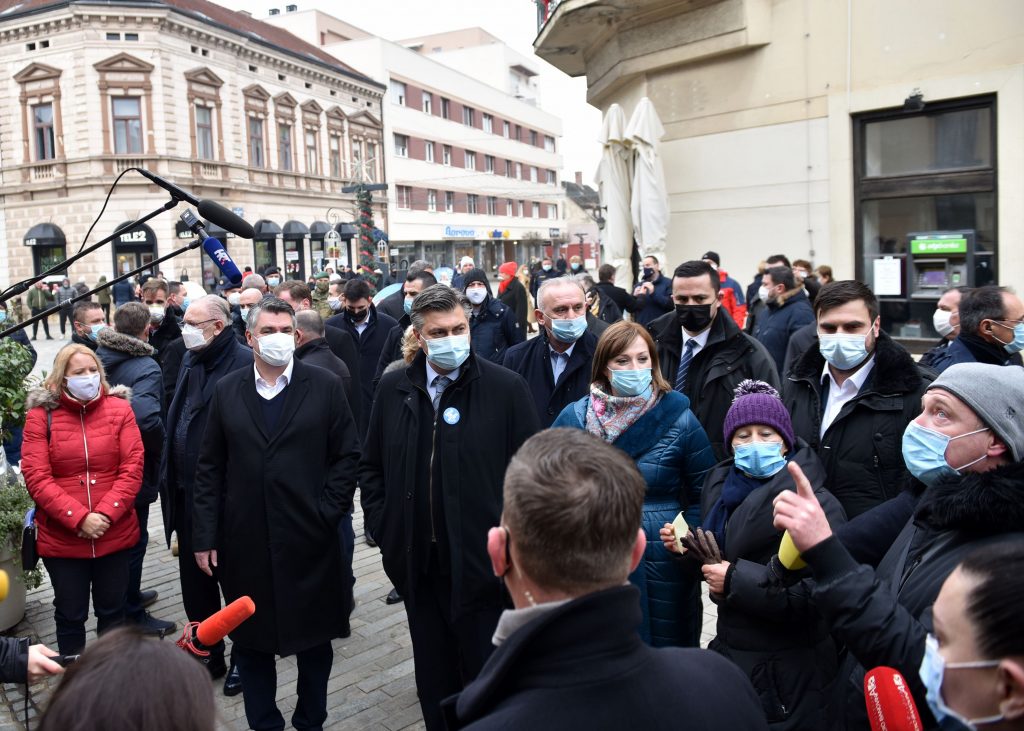 Speaking to the press, Trut said “all human resources,” including firefighters and Civil Protection members, “are on the ground, assisting the population. There is no major construction damage and no one has been injured.” 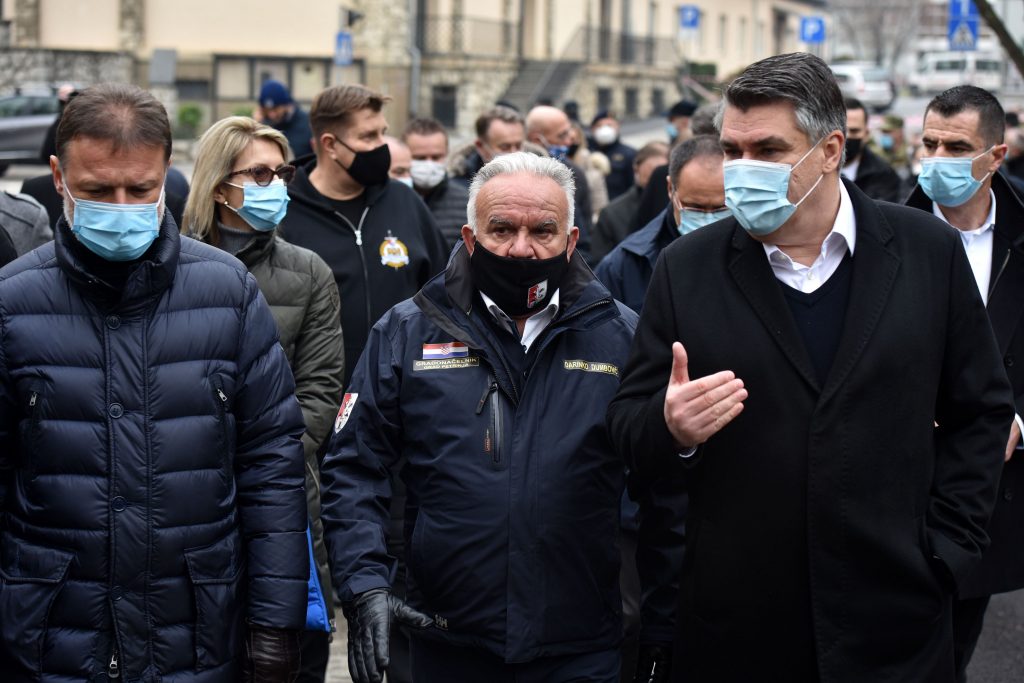 Speaking of passes for travel between counties that have been introduced as part of COVID-19 measures, Trut said the civil protection authorities of the City of Zagreb, Zagreb County and Sisak-Moslavina County were advised to prioritise applications from people who needed to check the state of their property or visit relatives after the quakes.

He added that applicants must comply with COVID measures.