A number of past and present faces of Croatian football were in attendance tonight, including Davor Šuker, Stipe Pletikosa, Zlatkoo Dalić, Dejan Lovren, Dario Šimić, Vedran Ćorluka and Aljoša Asanović.

The author of the film is Bosnian-Herzegovinian sports commentator Sabahudin Topalbećirević and features Šuker, Robert Jarni, Asanović, Edin Džeko and Miralem Pjanić, as well as many others.

The film begins with a look back at Ćiro’s childhood, reminiscing about the difficult days of growing up in Travnik during World War II, and some sad and tragic moments in his life, and then experiences a twist by highlighting his famous playing and coaching days on football fields in Switzerland, former Yugoslavia, Croatia and Bosnia and Herzegovina.

Of course, in the forefront of the film are the personal testimonies of Miroslav Blažević, who, in his own unique way, portrayed his important life periods on and off the field.

“I want to thank the players who paved the football path with me, they are not only great, but also gentlemen. They exceptionally represented their homeland. Don’t feel sorry for me, my days are numbered, I know that. I am going to take care of the team of angels,” said Blažević.

Current Croatia coach Zlatko Dalić added: “This is a film about a man who has done the most for my career. I can also win gold in Qatar, but Ćiro remains the ‘coach of all coaches’. We are all coaches a little better, or a little worse, but you are the greatest.”

Now aged 86, Blaćević s professional playing career spanned from 1954 to 1966, during which he played for Dinamo Zagreb, Lokomotiva Zagreb, FK Sarajevo, HNK Rijeka and Swiss clubs FC Sion and FC Moutier. As a manager, he was in charge of Croatia from 1994-2000. 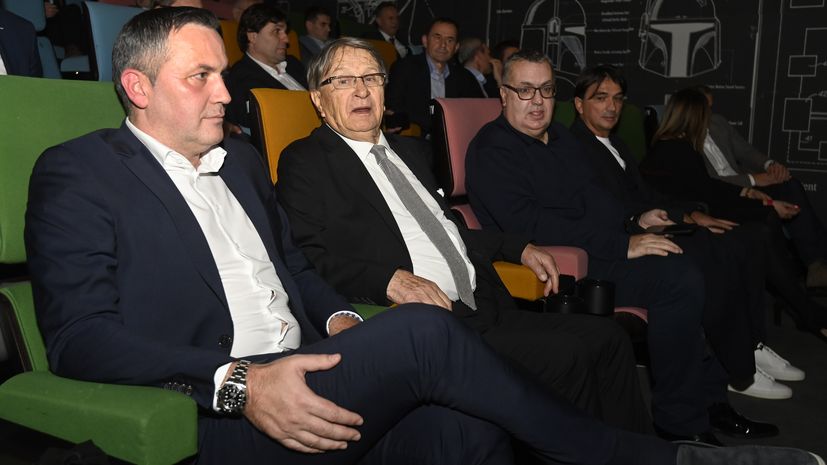