Home » News » PHOTOS: Check out the wild bura on the Croatian coast 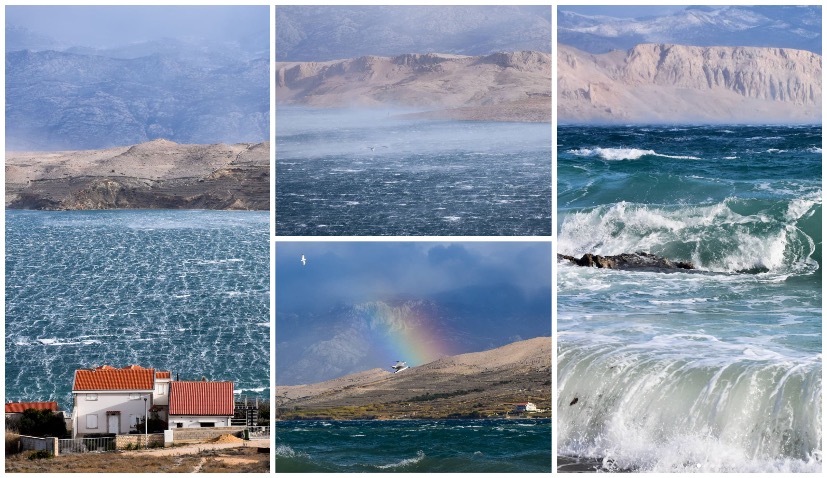 The famous bura winds have again wreaked havoc on the Croatian coast this week, closing parts of the highway, bridges and ferry lines.

Because of hurricane force bura winds, the A1 highway between Sveti Rok and Posedarje junctions was closed for all traffic, as was the Rijeka-Zagreb section earlier this week. Many catamaran and ferry lines up and down the coast were also cancelled, whilst the Maslenica and Pag bridge was also closed for traffic.

Whilst the famous cold north-easterly bura wind causes havoc for commuters, many Dalmatians enjoy it as it clears the air. The bura is the most furious on the eastern coast of the Adriatic. Locals say the bura which blew on Tuesday was the strongest in the last 20 years.

The strongest bura wind yesterday was measured at 185 km / h.

Officially the strongest bura in Croatia is from 21 December 1998 from the Maslenica bridge, when a bura gust of 248 km / h was recorded.

The second official strongest wind gust in Croatia, also a bura, was recorded on the Pag Bridge, and was 234.72 km / h.

The third strongest bura gust was measured on the Krk bridge and was 221.8 km / h, which happened during cyclone Teodor on 11 November 2013.