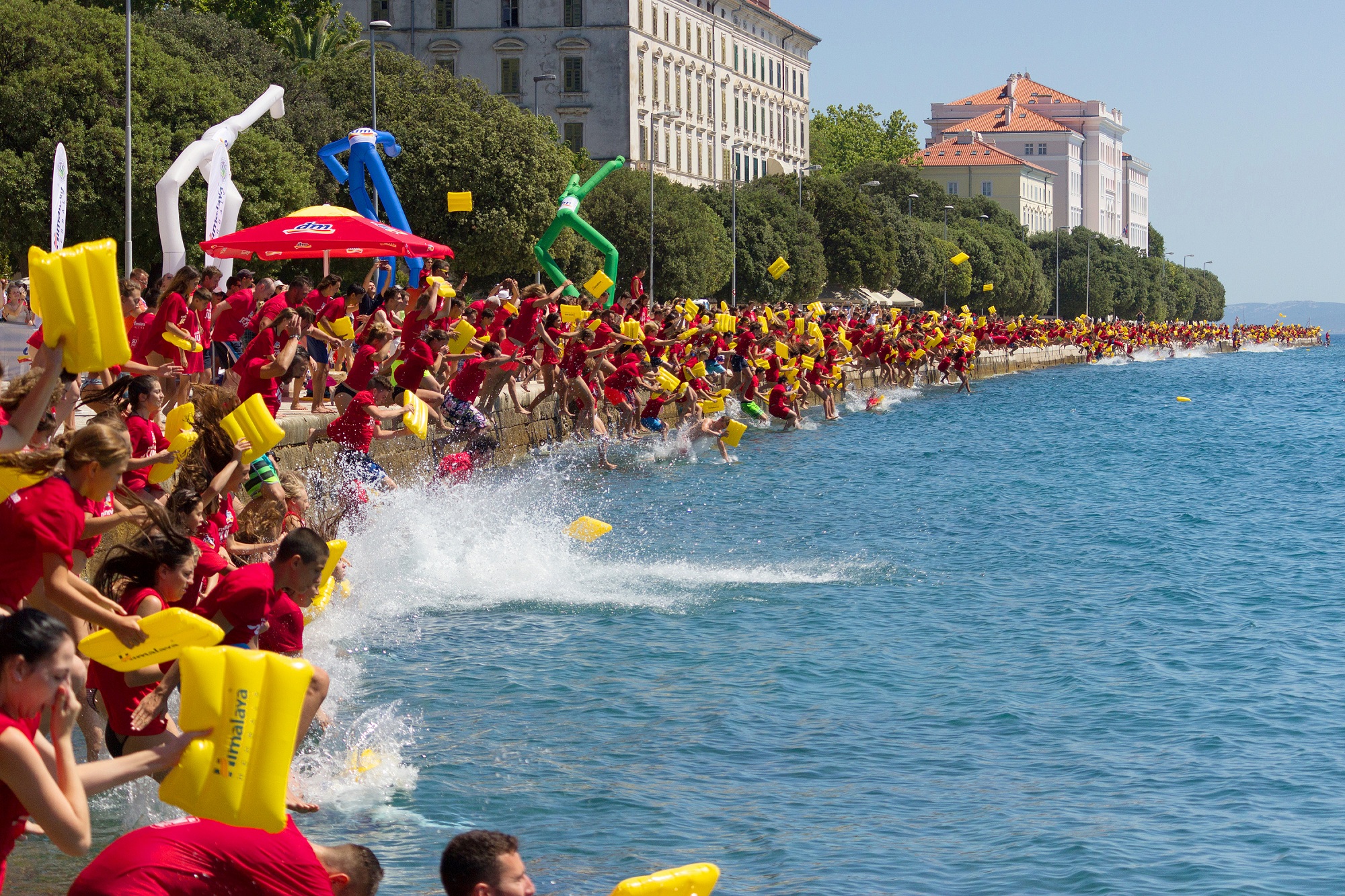 3,000 people have taken part in 11th dm Millennium Jump in the Dalmatian city of Zadar on Saturday.

Zadar’s waterfront was packed as participants took part in three main jumps – legs first, a double-domino jump and a jump with a ball into the sea.

This year those taking part formed the phrase “From Zadar with love“ with their bodies, with part of the entry fee being donated to the Latica Nursery Swimming School for Children with Developmental Disabilities. 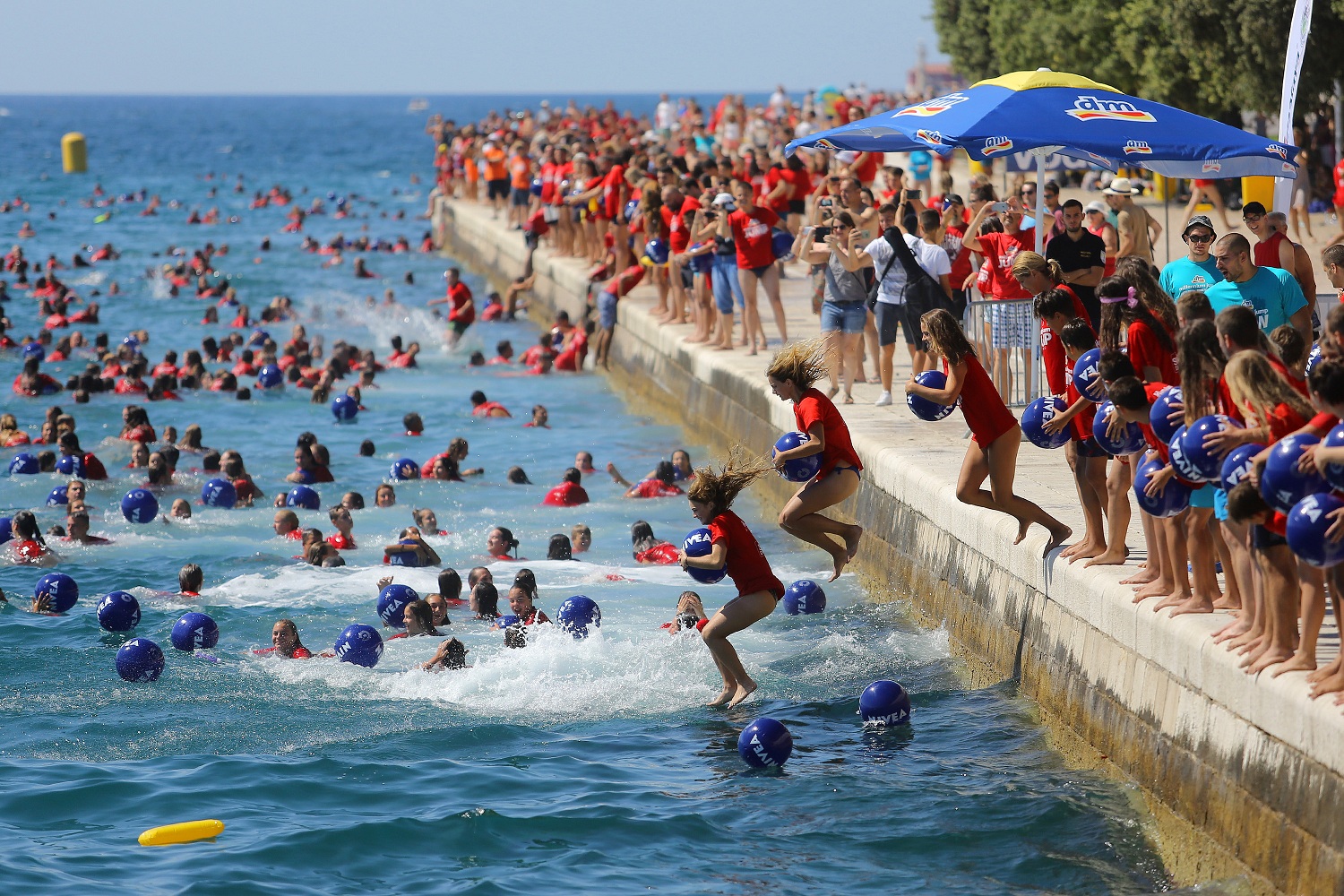 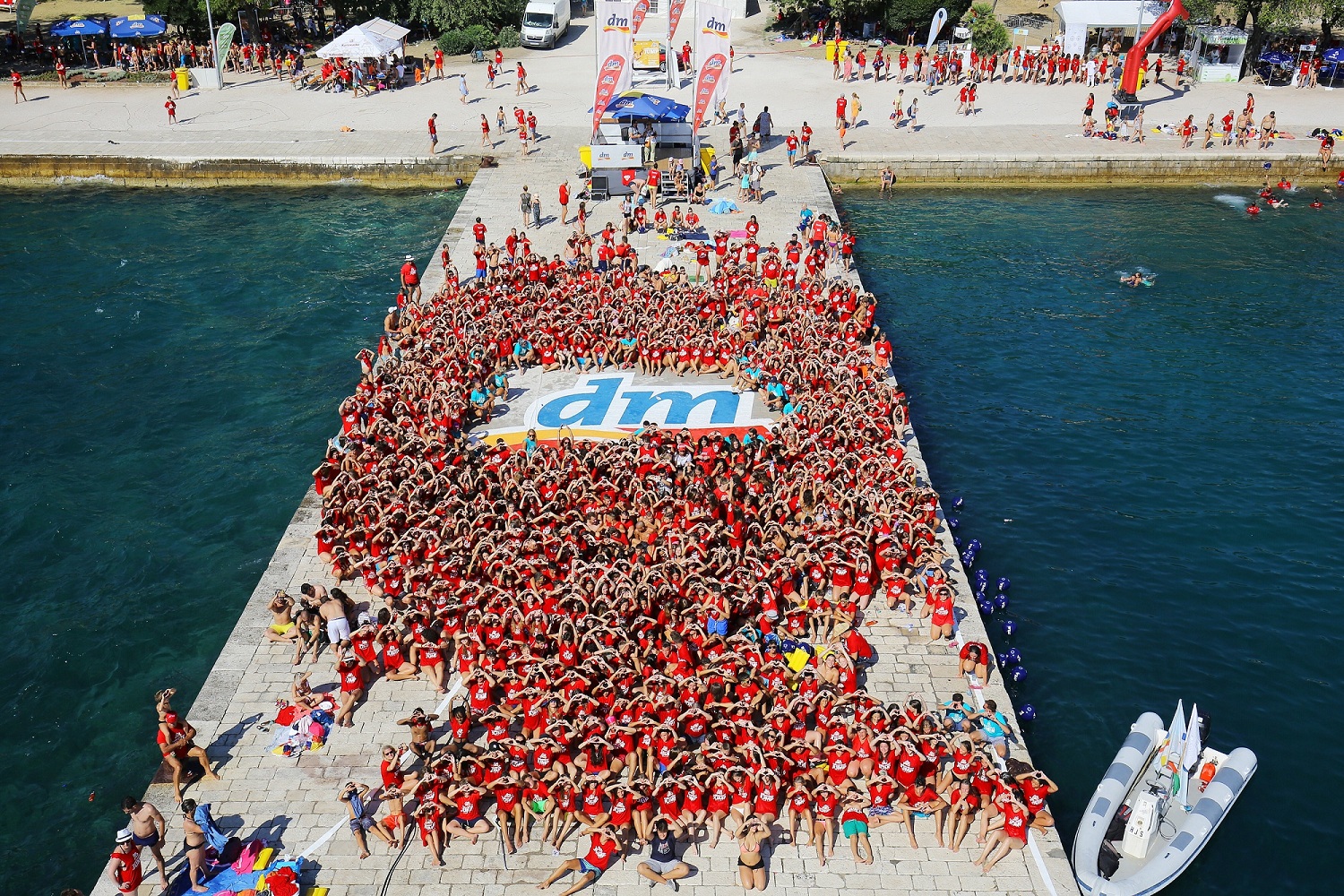 Sponsors of the event were again cosmetics and healthcare retail chain dm–drogerie markt, who provided 796 free skin checks up on the waterfront thanks to Dr. Mirna Šitum and her team. 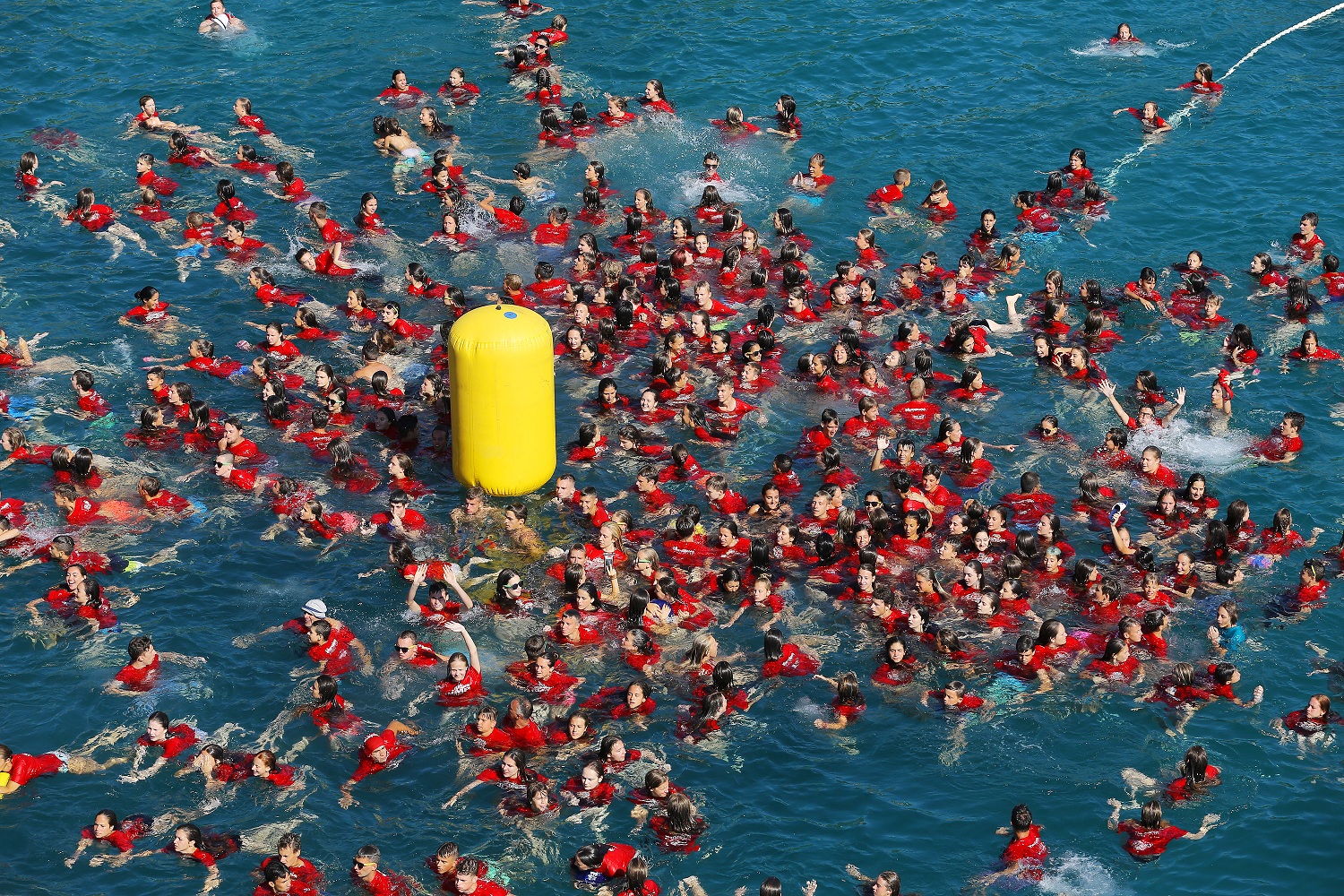 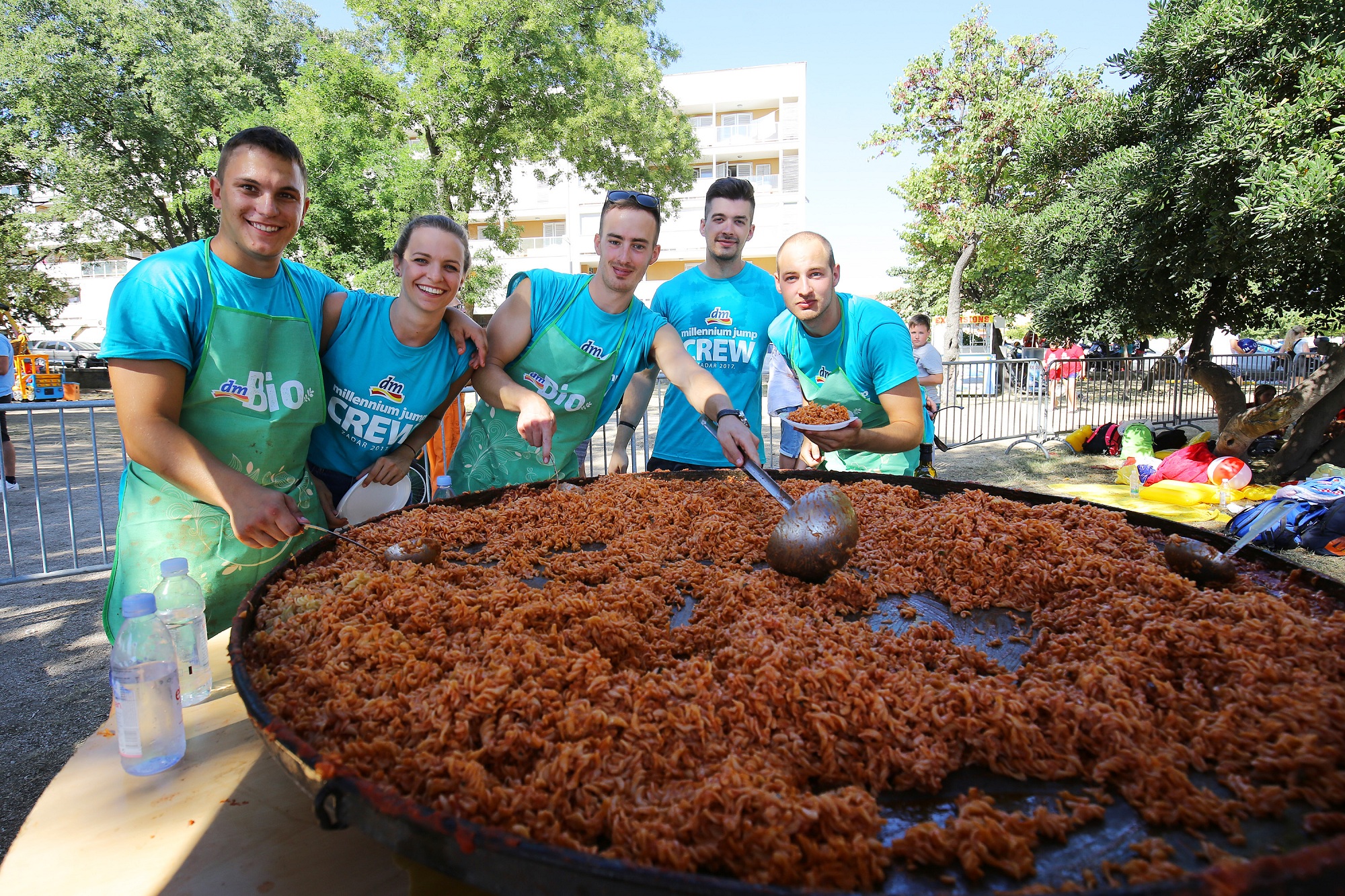 The jump was followed by a concert, as well as the cooking of a giant pasta. All proceeds from sales went towards the social store in Zadar.