PULA, 4 February 2021- There has been another big archaeological discovery in the Croatian city of Pula.

Less than half a meter under the sidewalk and only two meters in front of the twin gates in Pula, staff of the Archaeological Museum of Istria have discovered a stone torso of a male figure in a toga, which had been buried there for more than two thousand years.

Archaeologist Silvana Petešić told Glas Istre that according to the appearance of the drapery and the pose of the torso, the find can be roughly dated to the 1st century AD. 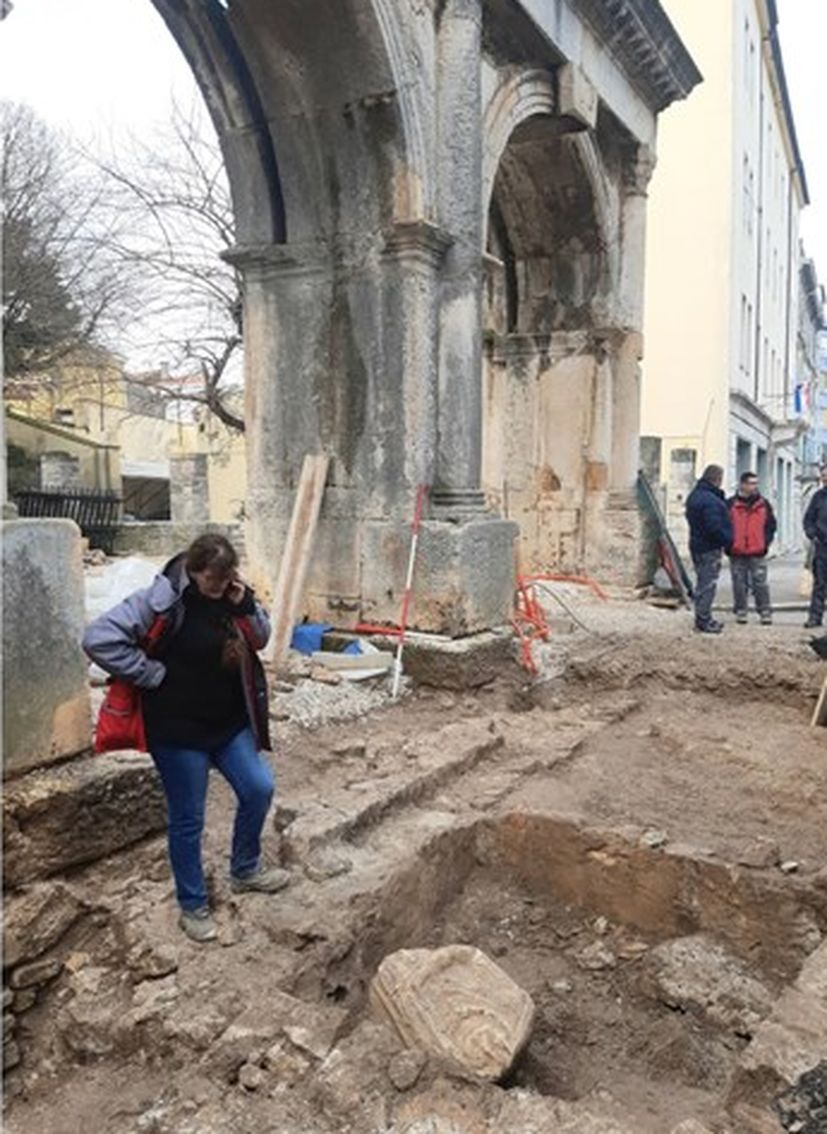 Wearing a fine, draping toga, and decapitated with his right hand on his chest, the torso measured 72 inches tall, 49 inches wide, and 40 inches thick. But precise systematic analysis and dating will now be done. 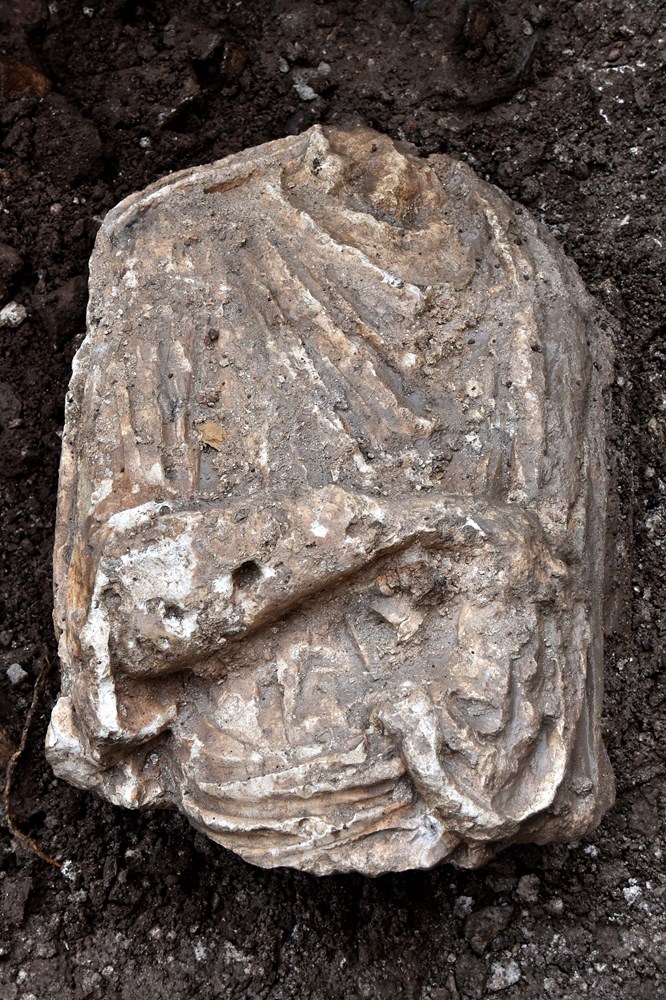 The torso is definitely a male figure because the female anatomy is always visible under the drapery, while in this case the surface is quite flat. 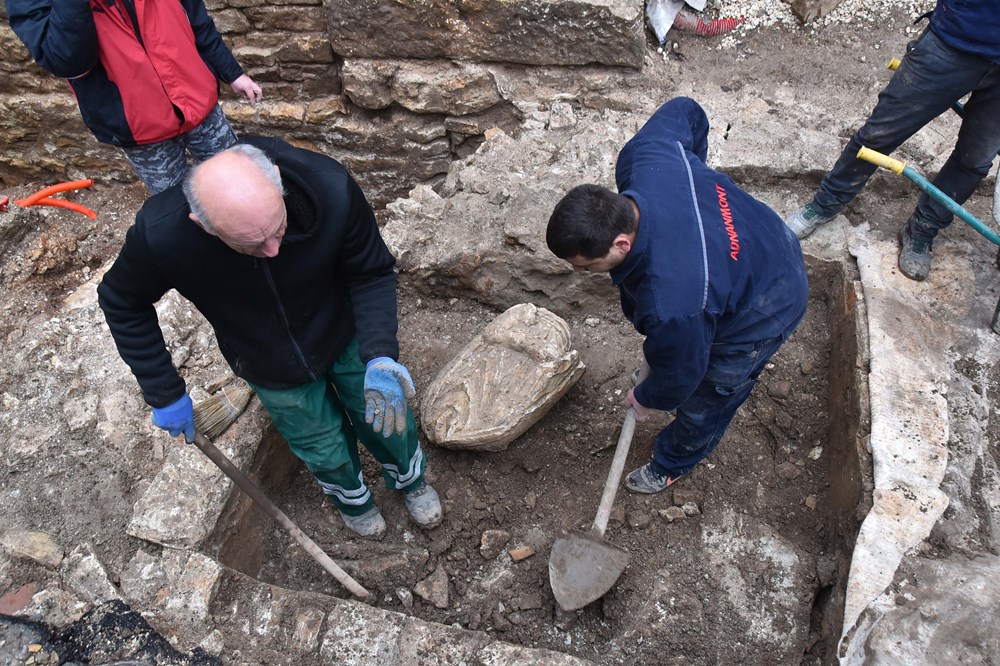 This torso was found during excavations for the installation of city lighting in the area. The leader of the research, archaeologist Tomislav Franić, says that the great value of this discovery is given by the fact that it was the first torso discovered in the area of Pula after the last torso discoveries in the Second World War.

This torso was long ago discarded from its original place, perhaps from the nearby small Roman Theatre.The torso missing the head is also not surprising because it was not uncommon in those times. Symbolic removing of heads from sculptures occurred after the person represented by the sculpture fell into political or some other disfavour. But there are cases where the stone head easily broke off because it was placed in one groove on the body of the sculpture. 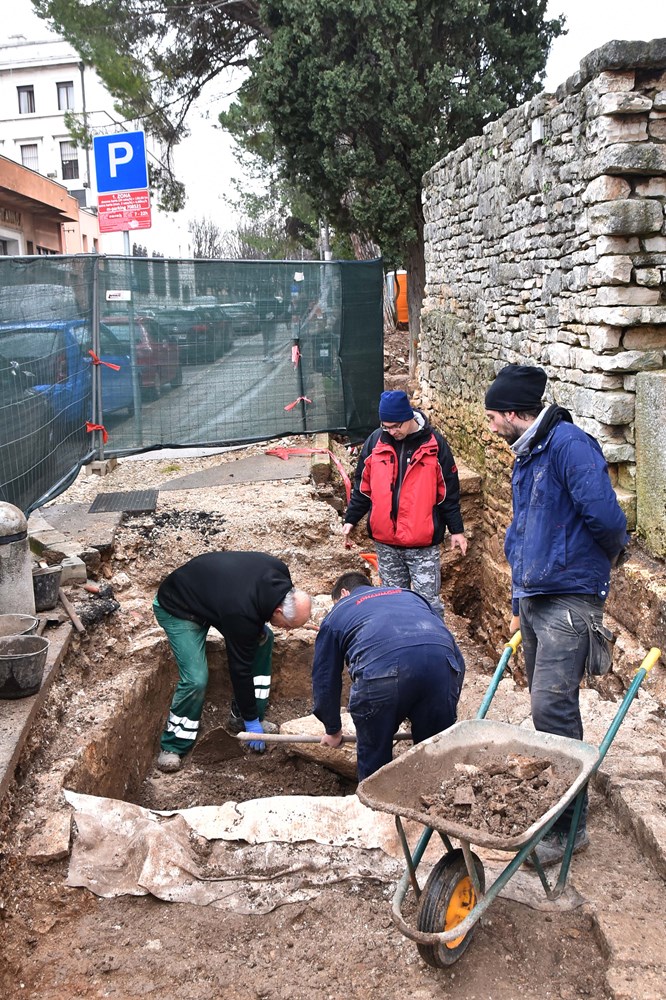 “This may have offended Emperor Augustus,” joked archaeologist Silvana Petešić.

The torso was discovered in a rectangular ‘room’, and its purpose has yet to be determined because the excavation of that space has not yet been completed and its depth is unknown. Just a few meters away, no less important, the foundations of two original towers (rectangular and semicircular) were excavated after Pula acquired colonial status for the Romans in the middle of the 1st century BC.