Home » News » PHOTO: Stone from antiquity period found in a church in Rijeka 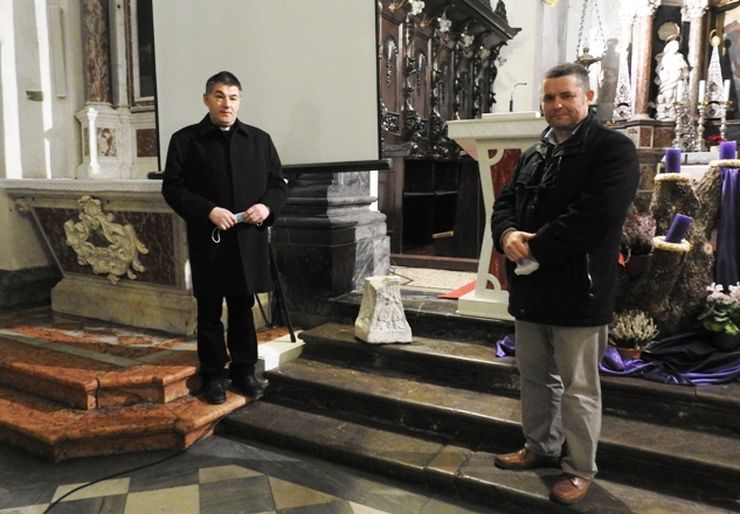 RIJEKA, 22 December 2020 – A press conference was held today in the oldest parish church of the Assumption of the Blessed Virgin Mary in Rijeka, at which a valuable discovery of the Conservation Department in Rijeka was presented.

Whilst repairing the roof of the church, which was necessary due to leaks and internal damage caused by moisture, a stone from the a antiquity period was discovered.

The stone was replaced with another stone, and the valuable exhibit was presented today by the conservator Dr. Ćeljko Bistrović, who on behalf of the Conservation Department of the City of Rijeka continuously monitored the course of work and the parish priest Msgr. Sanjin Francetić. 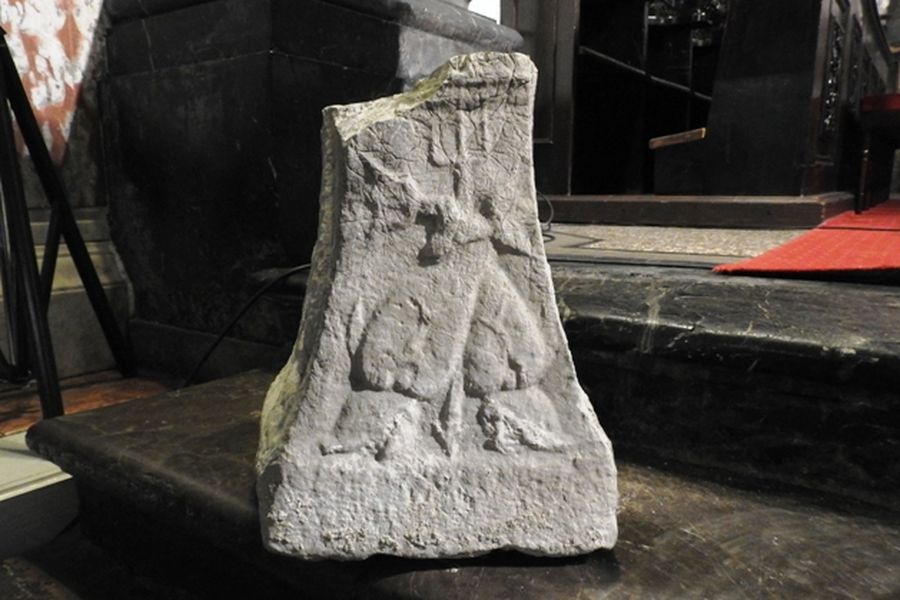 Msgr. Francetić said that renovation of the parish church has been going on for about thirty years with the conservation works very demanding.

“This year, we renovated the roof of the sanctuary because it was the most necessary because of the leaks and the moisture that threatened to damage what was restored. During the works we found this stone. How it ended up on the roof, we do not know, but we may suppose that during the placing of the cross on the sanctuary, it should have had some pedestal. As these are the times when there was no electricity and other aids, we assume that they used the remains of old buildings for the pedestal of the cross. That’s how, we assume, this stone from ancient times ended up on the roof.”

Conservator Bistrović added that this ancient monument was found ‘in situ’ (on-site), ie it was built into the roof above the apse.

The stone is one of the few ‘in situ’ ancient monuments found in Rijeka, and it is also valuable because of its symbolism, iconography and purpose, Fiuman.hr writes.

“There are two dolphins with intertwined tails on it and a trident between them, which are symbols of Neptune. It probably stood on a tombstone as a pyramidal ending,” Bistrović said.

He added that this valuable monument belongs to the Aquileian cultural circle because the parallels they found are connected to Aquileia and Manfalcone. In addition, this ancient monument is interesting due to the fact that it was most likely built into the Church of the Assumption of the Blessed Virgin Mary in the Renaissance period and is a kind of active negation of antiquity, concluded Bistrović.

The stone is believed to be Liburnian cipus, the tombstone of the Illyrians. Such a similar monument can be seen in the Illyrian settlement of Asseria near Benkovac in Croatia. In the 1st century there was a cipus factory there. They were also found near Senj and on the island of Krk. 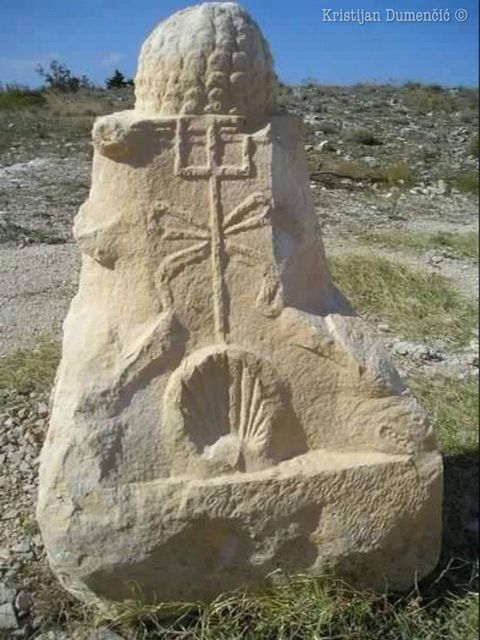