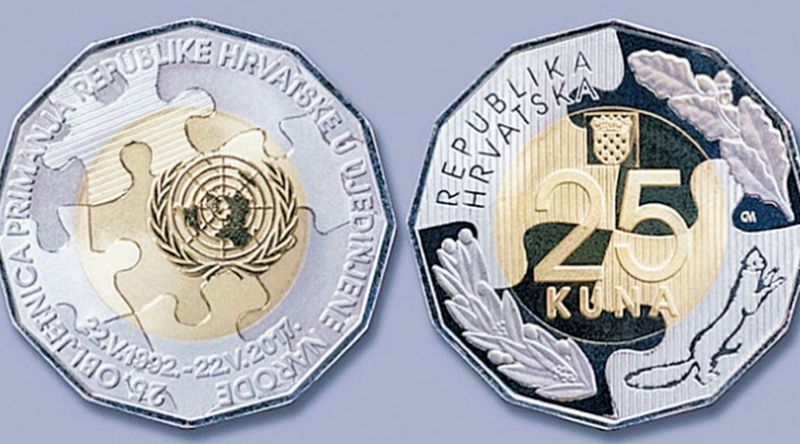 The Croatian National Bank (HNB) have issued new commemorative 25 kuna coins on the occasion of the 25th anniversary of Croatia being accepted into the United Nations.

A total of 20,000 new coins, which were designed by sculptor Damir Mataušić, were put into circulation on Monday 22 May 2017.

The main motive on the face and the back of the new 25 kuna are that of a jigsaw puzzle. On the face, the motifs shown on the puzzle symbolize the co-operation and fellowship of the United Nations, while outlines of the puzzle pieces form the letter “H” symbolizing Croatia (Hrvatska).

Until now, the Croatian Central Bank has issued a total of 12 commemorative 25 kuna coins, which also can be used as a means of payment.