Home » News » PHOTO: If you see this fish in Croatian seas contact the Institute of Oceanography and Fisheries 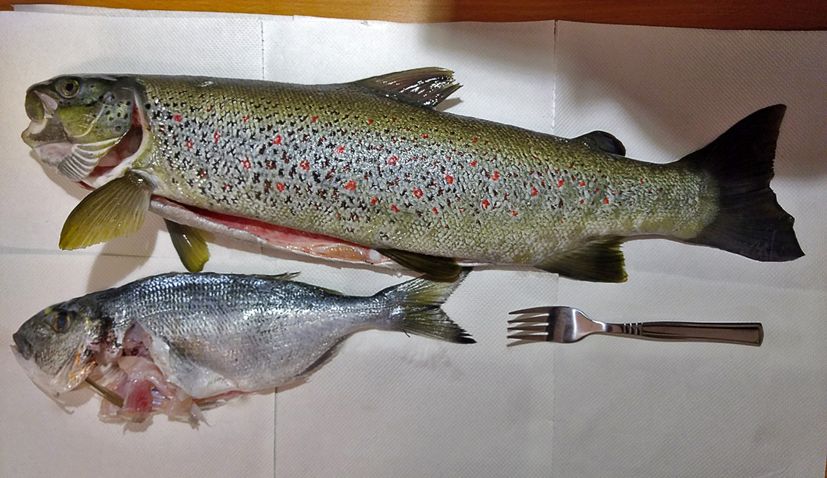 The Split Institute of Oceanography and Fisheries in Croatia are asking people for their help. The institute is doing research on the origin of sea trout in Croatian sea waters and are seeking any information, photographs or sample of the fish spotted in the sea.

Unlike brown trout (Salmo trutta), which spends its entire life in fresh water, the form we call “sea trout” spends part of its life in seawater. Such a form is known in the Atlantic while in the Mediterranean it has never been officially confirmed.

“As early as 1885, our famous ichthyologist Juraj Kolombatović named this species the Adriatic trout (Trutta adriatica). Since then, we have known that trout can appear on our entire coast, but very rarely, namely it is impossible to go to a location to find a trout in the sea. We are wanting to establish the origin of sea trout in Croatian sea waters so we ask for your help,” the Split Institute of Oceanography and Fisheries said.

“To get information, please try to remember that we are looking for sea trout and when you catch it in the future in the sea, or see it somewhere, let us know via email [email protected], or via Facebook or instagram, any notification suits us. In addition to a photo of the specimen, what we will need is a piece of fin for molecular analysis. This piece can be kept in the freezer for a few weeks before we take it for processing,” the Split Institute of Oceanography and Fisheries concluded.